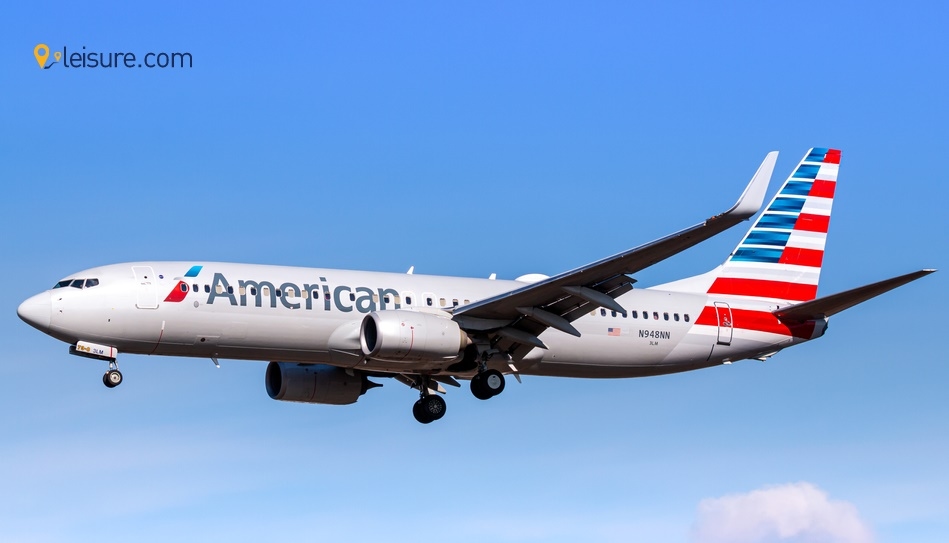 Flying across the enormous, never-ending blue skies has never been more friendly, accessible, or affordable than it is today. However, we all know it comes with abysmal experiences - from navigating through the Covid-19 restrictions to cramped up seats and inconsiderate fellow passengers around us, including the excessive reliance on making everything a paid add-on on our flights. Everything can be difficult. Sometimes the most challenging part of our vacations on even the top-rated American Airlines can be just getting there!

It can be really tempting to look back to the ’50s, a time which is widely considered as the Golden Ages of Air Travel in the US. We can pine over the glass stemware, cocktail bars, spacious seating spaces, and of course, who can forget the delectable gourmet meals on flights back then! However, we are not just focusing on the Golden ages’ air travel experiences. We are talking about how the airline industry today has made some incredible changes. At Leisure, we are here to show you why and how flying on the top-rated American airlines is actually better than it ever has been, even during the golden ages! 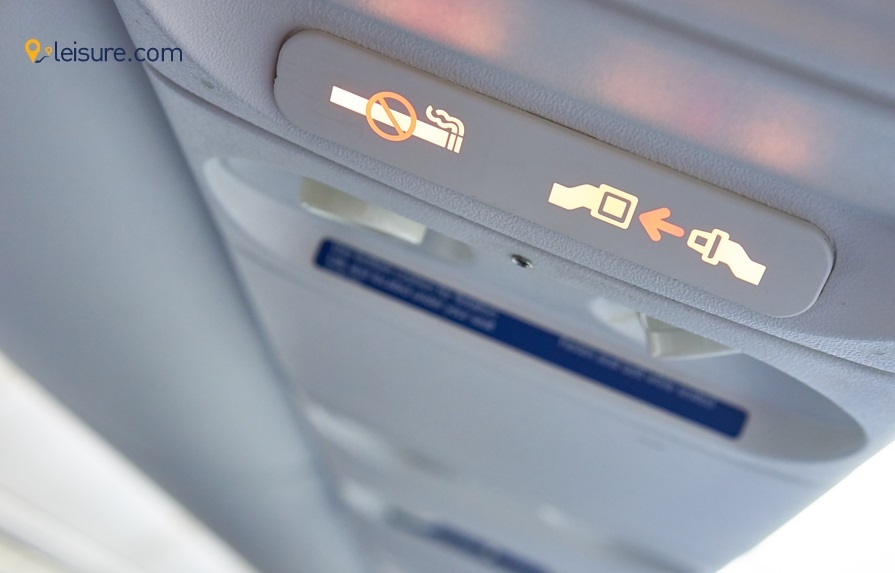 We have all been there when the overwhelming announcement stating “Smoking is prohibited” shouts across the aircraft. Flight attendants go through their speeches, telling us how we should not light one in the airplane. Isn’t it tough to imagine lighting up cigarettes on a plane? This was not the case in the beginning. Earlier, passengers were allowed to smoke it all out, freely puff around anywhere they wanted on the aircraft. With this being the “norm” at the time, you can only imagine how the stale air would fill up the aircraft cabin during the journey. Everyone would be so congested at the time!

Thanks to title 14 of the Code of Federal Regulations, Chapter 1, Subchapter C, Part 25, Subpart D, Section - 25.854, Paragraph G, it is mandated that no passengers are allowed to smoke aboard any top-rated American airlines.

This all started later in the 80s and was finally mandated by 1990.

You might still come across an ashtray here and there in the aircraft lavatories! Why? Probably because of that one random person who does not care about the rules. They might need a safe place to extinguish it.

The next time you wait around at your designated gate, ready to take off for your fun vacation, glance around and see what your fellow passengers are wearing. You will often come across a large portion of these people wearing athleisure outfits, a sweatshirt, tunics, T-shirts, leggings, or jeans. These outfits will be widely be sported, especially when people are catching a redeye.

Today people tend to prefer comfort over anything else in life. This is an excellent perk since getting ready at odd hours in the middle of the night can be extremely tiring.

When flights were relatively new and not easily accessible by everyone, airlines used to serve extravagant meals. They needed people to follow a specific dress code, including suits and dresses. Flying was indeed an extraordinary experience for people back then and was a place “to be seen” until the late ’70s when the Airlines Deregulation Act was introduced as a law in the country. Flights had to make significant changes regularly to remain competitive. Therefore, fancy dining, free alcohol was suspended pretty quickly, which led to people relying on casual attire during air travel. 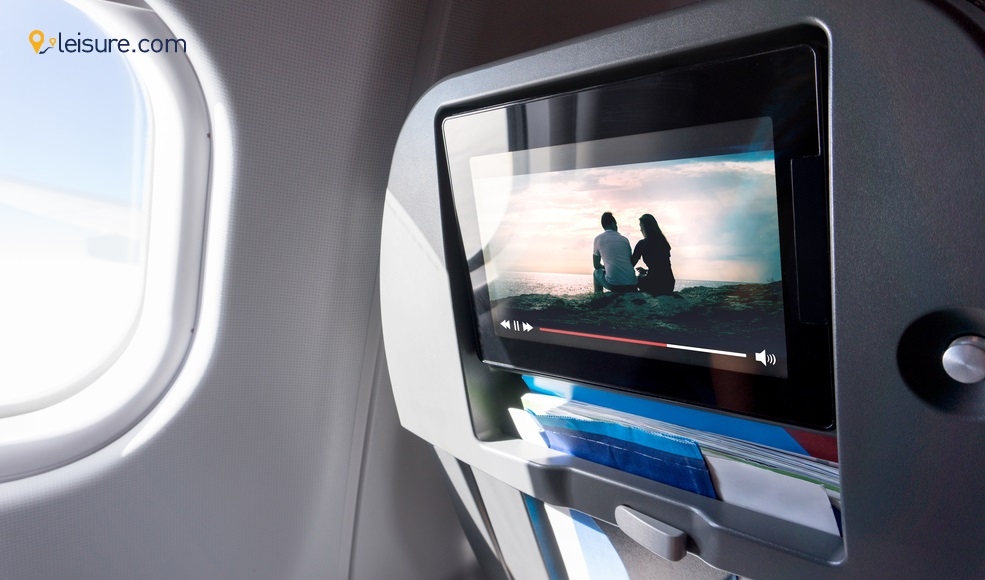 Think of the longest flight you have ever taken. Was it almost 16-18 hours long? Now, imagine yourself in just one seat for those 16-18 hours without any gadget to keep you busy and occupied! Sounds hellish, right?

During the ’50s, when people were still getting used to flying regularly, it was pretty standard for the flight crew to pass around postcards for the passengers to fill out. This kept them occupied. The first movie on an aircraft was then shown in 1962. Still, regular in-flight entertainment like this was not appreciated at first. This trend went on till the early ’80s. Everyone did not like it since they were always watching the same thing over and over again. The movie was most likely a second-run almost every time.

Today, entertainment options on a flight have been enhanced. They are getting better day by day, making flying across top-rated American airlines one of the best things you can do today.

Now that you have a few reasons to love flying and find it better than during the golden ages, you should also know that today's flights are exceptionally budget-friendly. The cost to operate an aircraft during the golden period was pretty high, more expensive than today. We sure have found ways to put the operational costs down with various advancements in technology. This has led to creating a more budget-mindful experience for all passengers, allowing more and more people to witness the world and all of its wonders.

Ever wondered how people used to book their flight tickets before travel booking websites came to our rescue? To tell you the truth, it was definitely a process. Customer journey would usually begin by calling your nearest travel agency, who would go around searching and explaining all the dates and trip packages for you. They would then go ahead to consult the Official Airlines Guide to get you the officially scheduled flights due to take off in the next three months. Yes! You could not book beyond three months! Definitely, people did not get the chance to book an advanced summer vacation while still celebrating Christmas.

Once the correct route was figured out, the travel agents were required to call every airline individually and request seats. If the seats were available, the travel agents would have to consult the air tariff books to calculate the right airfare for you, issue the correct invoice, verify and then book the tickets for you. In a few weeks, your travel agent would get the physical tickets before they give them to you in a couple of days, and you would have to pay their fee.

Too much, right? It is so easy to book air tickets now on any website! Thank god for the brains behind such businesses.

Any anxious flyers reading this? We have great news for you!

The airline industry has grown manifolds and has managed to put aside all kinds of troubles away. Even the slightest bump which might interrupt an otherwise smooth ride is today taken care of properly. The industry experts are more meticulous now than they ever were before. They would have been highly nervous every mile in the journey during the Golden Ages. And why not? Turbulence was hazardous at the time, almost potentially fatal. Previously, the first class on an airplane was also separated from the economy with glass dividers, sometimes shattering. And if you fell on them, they could either injure you badly or kill you in some cases.

Today, for every 100,000 hours that an aircraft is in flight, there are only an estimated 1.33 fatalities. However, back in 1955, this number was 5.2. Most of these improvements that we see today are a direct reward of the flying technology that offers the pilots an extra layer of security and assistance with poor weather conditions. Before these improvements, it was common for aircraft to bump and crash into each other in the sky. It was also common for some pilots to avoid landing in foggy weather conditions and just go out in fear.

Well, suppose you are a regular flyer on some of the top rather American airlines. In that case, you will notice that near the weekends on flights to Las Vegas or Miami, you will be surrounded by bachelors and bachelorettes. It is definitely not as annoying, however, as it would be when there are drunken passengers everywhere.

Why are we saying this?

In the ’50s and ’60s, alcohol was complimentary, and people did not quite understand the connection between alcohol and altitude heightening. Altitude heightening had a direct impact on alcohol consumption. This led to all kinds of scenes and shenanigans happening while people were drunk above in the sky. In the golden ages, everything was possible - in-flight brawls, harassment, or anything nasty really!

Today, flight attendants have all the power in the world to get you off-board, no questions asked! We are truly living in the best age to fly aboard the top-rated American airlines.

Next time you fly, think about the points you just read. Thank the stars you were born to fly in the right era, freely, with a few helpful rules, in a budget-friendly way.

Happy safe vacationing to you!