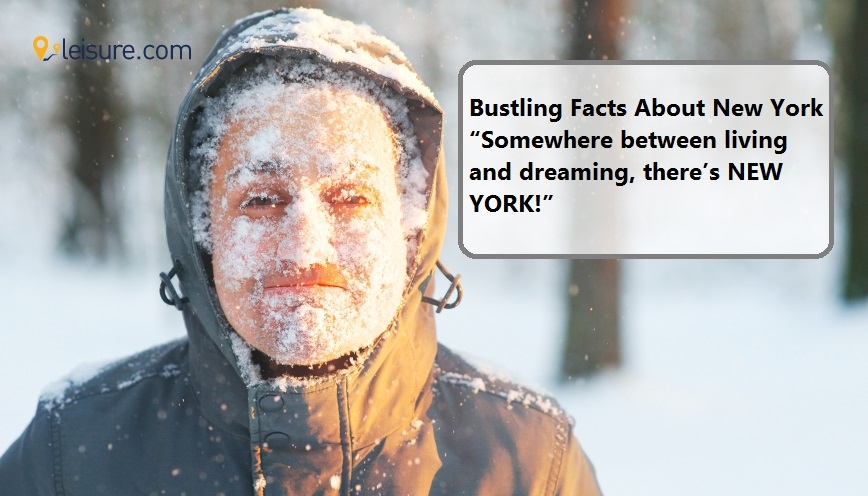 New York City is one of the world’s most unique cities. This city has a plethora of monikers like - The city that never sleeps, Gotham, The Big Apple, and many more. When we think of the city, we automatically start thinking of famous skyscrapers, congested streets, pizza, cosmopolitan lifestyle, and everything fun. You must have seen the city in endless movies and television shows, or you probably went on New York vacations. No matter how much you think you know New York, there are various interesting and bizarre facts that must be unknown to you. But no further! Today, we are going to share with you some of the interesting facts about the city that you won’t get to see in any movies or shows.

We did some study and curated a list of 9 surprising and bizarre facts about New York that we think you might not know about. Review this article and delve into the intriguing, quirky, and bizarre facts of this classic city.

Without further ado, let’s have a look!!!

1. “The Big Apple” is the nickname of New York, which the city got after horse racing. 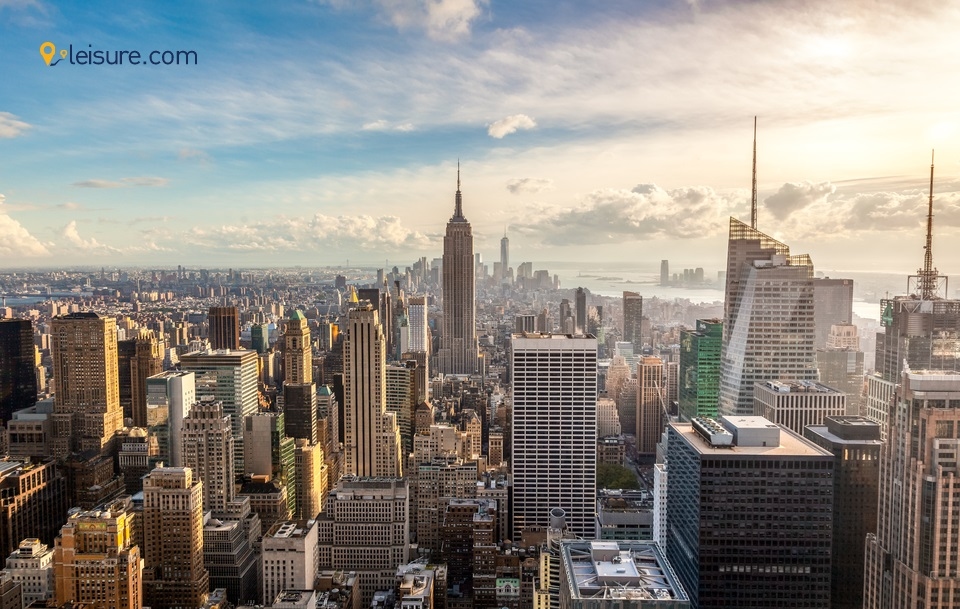 If you have ever been on New York vacations or are planning to go, you might have heard its famous nickname - “The Big Apple.” The root of this nickname is shrouded in mystery. But one thing is certain: this name has no connection with the natural fruit. Then where did this name come from? Well, the city got this name back in 1920 from a horse racing column of a local newspaper. During that time, this word was used to describe huge cash prizes at horse race events. One day - Journalist John J. Fitzgerald - coined this term in one of his articles, saying - “There’s only one Big Apple. That’s New York”. From that day onwards, this city got this nickname, and today people know New York as “The Big Apple.”

Also Read: 5 Destinations In and Around New York for Good Weekend Getaways for Couples

2. The Statue Of Liberty is a gift to New York and was delivered in 350 pieces. 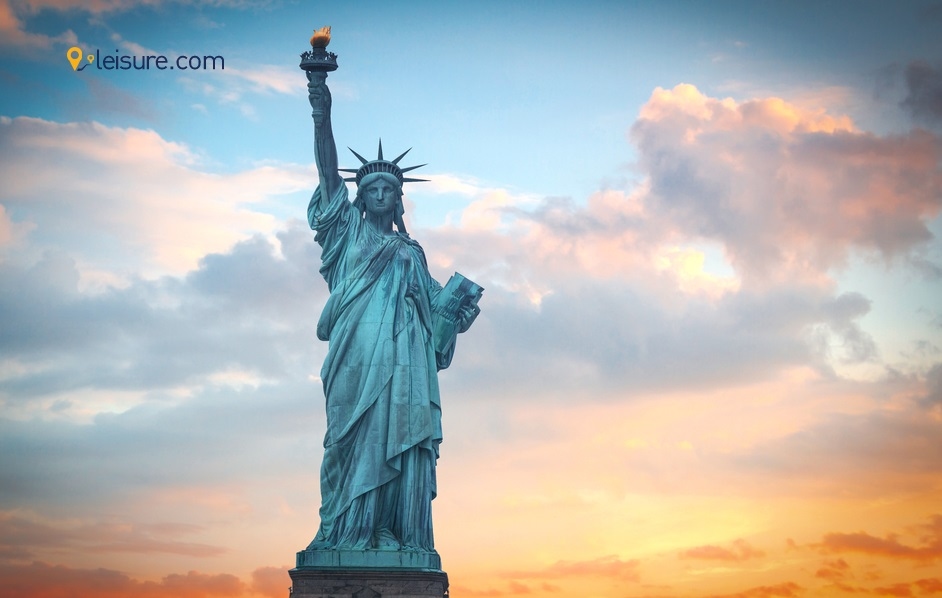 The Statue of Liberty is a shining symbol of America and is a top trip attraction to enjoy on New York vacations. But do you know it is a gift to the city? Yes, this iconic statue was gifted to America by France in 1886 on the centennial celebration. And the weird fact is that - it arrived in the city in 350 pieces. 214 crates were delivered with all the pieces of the Statue of Liberty. It then took 4 months to assemble the whole statue at Ellis Island. Also, the renowned arm of the statue arrived in the city much before the other pieces of it. It was then used for raising funds for construction projects. Later, it was added to the statue, and today, millions of people plan New York vacations just to take a glimpse of the statue.

3. Before New York, the city was known as “New Amsterdam.” 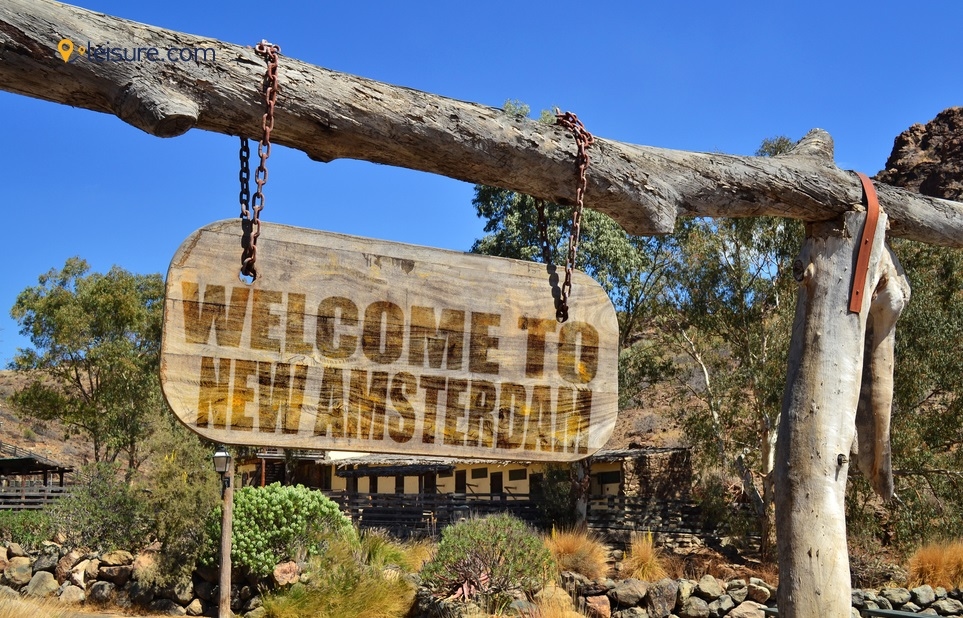 One of the most bizarre or weird facts about New York is that - the city’s first name was “New Amsterdam.” Until 1664, the city was called New Amsterdam. In 1626, the Dutch were ruling the city and bought Manhattan Island. They were the ones who gave it this name. But in 1664, it was seized by the British, and they renamed it “New York.” The city that we know today is what it was after the English took over. If you ever plan to go on New York vacations, you must pay a visit to lower Manhattan to learn about the city’s rich history.

4. New York is rich in languages, with over 800 languages being spoken by the residents. 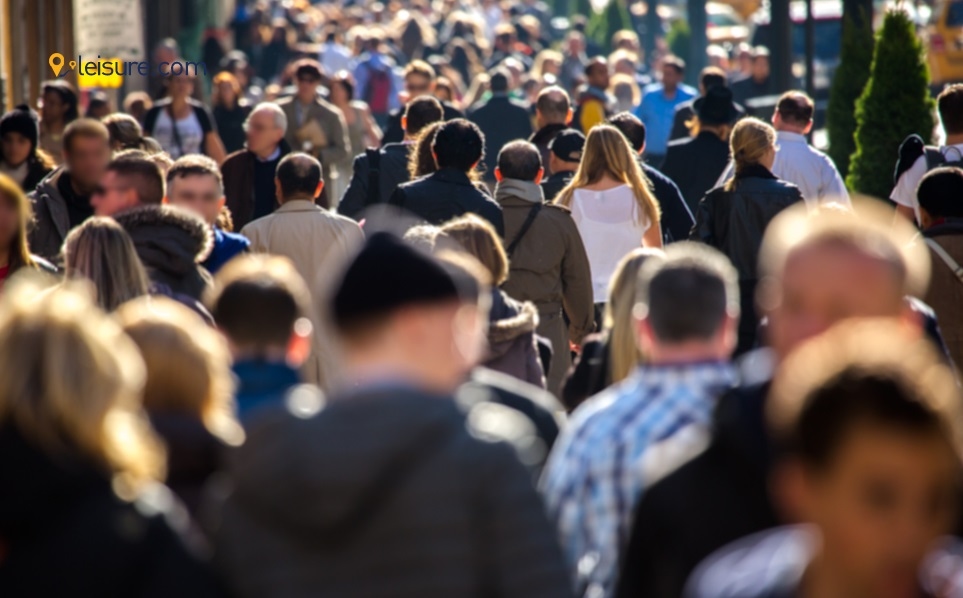 Given that 37 percent of New York’s population is foreign-born, it is of no surprise that ample languages are spoken. The city is home to over 800 different languages, making it the most linguistically diverse city in the entire world. In this city, every 4 out of the 10 households speak a language other than English. So, if you are someone who wants to learn a new language or brush up on your existing language skills, then New York vacations are for you.

5. The city had an unusual love for oysters. 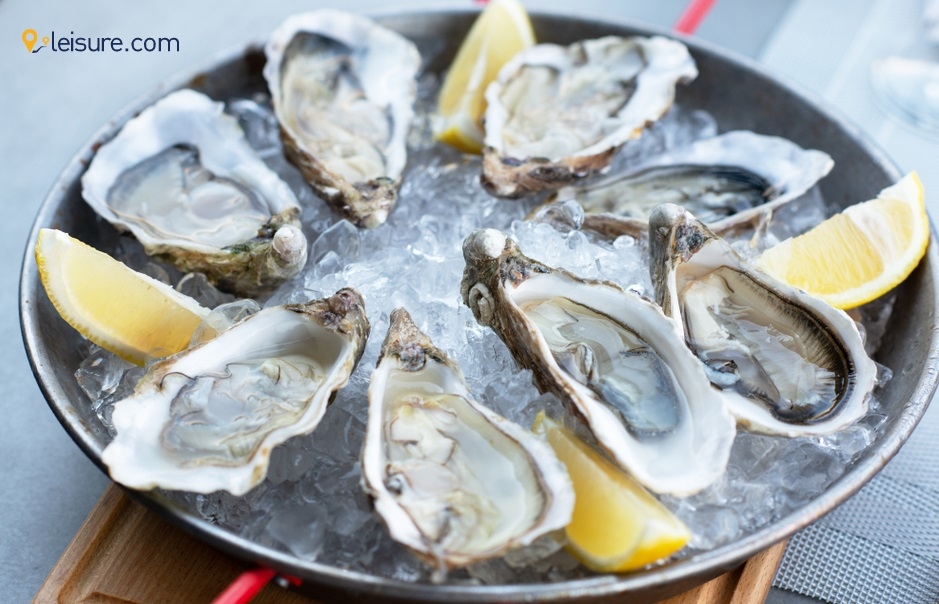 Back in the 19th century, the city was so popular for its oysters. When Dutch arrived in the city, they were shocked to see the massive number of oysters on Ellis and Liberty Islands. Manhattan in New York had a large number of oyster beds all across the coastline. The numbers were so great that Dutch-named Ellis and Liberty Islands “Little Oyster Island” and “Great Oyster Island.” The oyster shells were also used to pave pearl streets in the modern era due to the availability in abundance. If you are on New York vacations, make sure you taste the oysters prepared authentic and artistic cuisine.

6. Going topless in the city is not illegal on New York vacations. 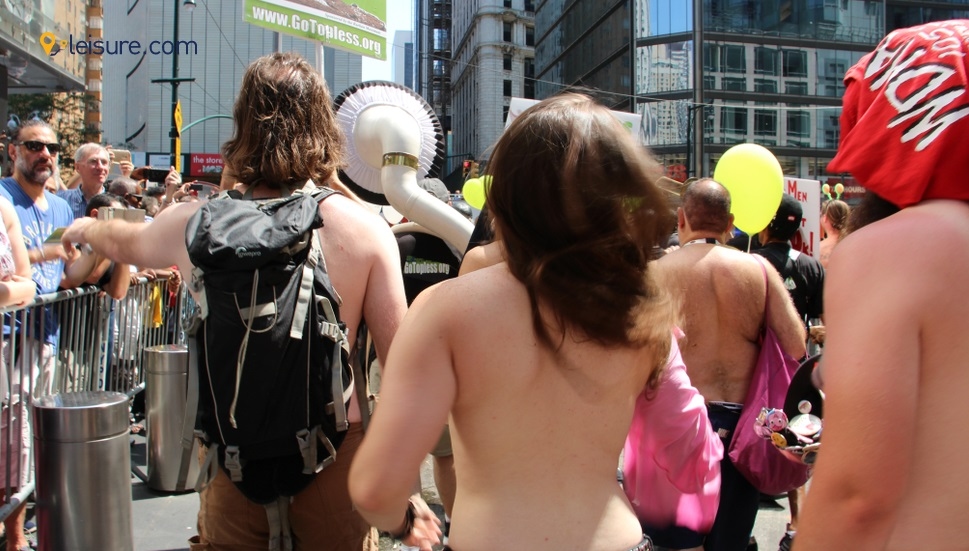 Isn’t it bizarre? Well, you won’t get to see people moving topless in The Big Apple, but it is not illegal. If you are on New York vacations, you can roam around the city being topless. However, people here love to wear clothes. And the most exciting part is - in the year 2018, the New York citizens went on a “Go Topless Day Parade.” It was an unusual celebration wherein people - both male and female - came on the roads and roamed around the city topless.

7. Farting in the church is a misdemeanor. 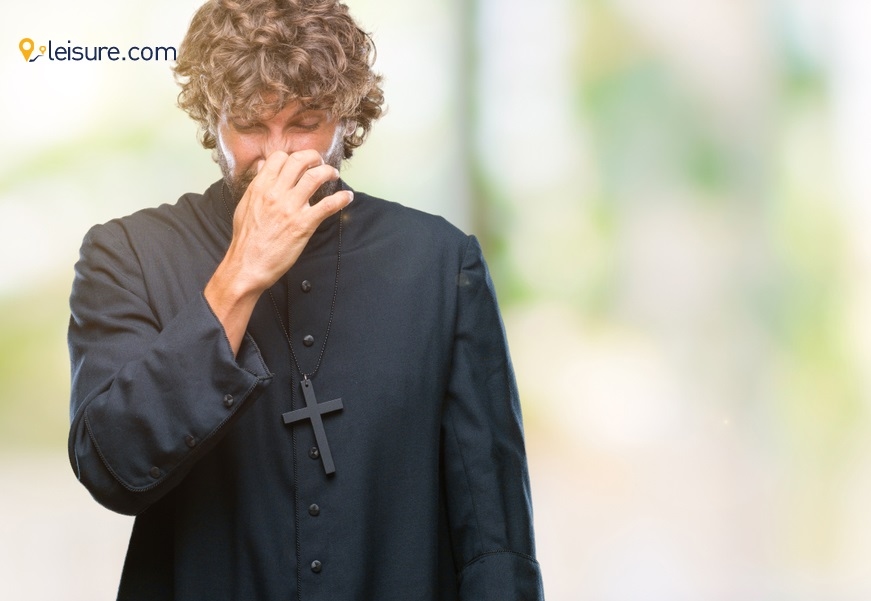 Another bizarre fact about New York city is - Farting in a church is a misdemeanor. If you happen to be on New York vacations, it’s a great deal to know about the facts. Although strolling topless in the city is considered legal in New York, farting in the church is a misdemeanor. As per the law in the city, farting disturbs or disrupts the religious service, burial, funeral, or memorial service. They say - this is the time when people are required to remain silent and should not make any unnecessary noise or disturbance.

8. Pizza in New York has an excellent old history of more than 50 years. 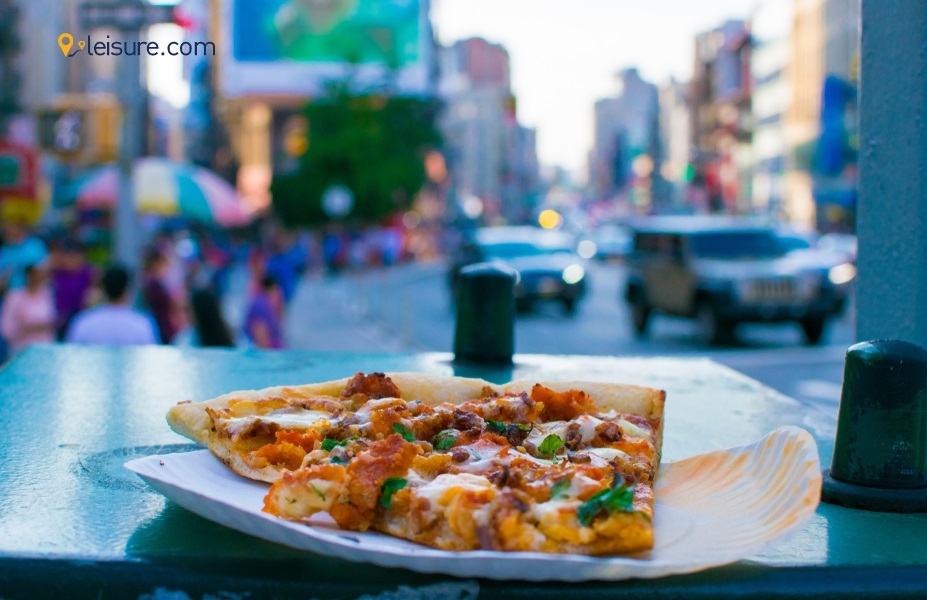 Undoubtedly, New York vacations are incomplete without savoring lucious pizza. You might be aware of the fact that New York City is popular for its pizzas. But are you aware of the history of pizza? Do you know when the first pizza outlet in the United States of America opened? Well, it's interesting to know that the first-ever pizza outlet in the USA was opened back in 1895 in New York City. Since then, the city never looked back, and today it has 1,600+ pizza outlets serving mouthwatering cheesy snacks - PIZZA. More than history, what is interesting about NYC’s pizza is that its price is nearly the same as it was 50 years back. So, next time you plan New York vacations, make sure you satiate your taste buds with delicious pizza.

9. The library in New York is 3rd largest in the world. 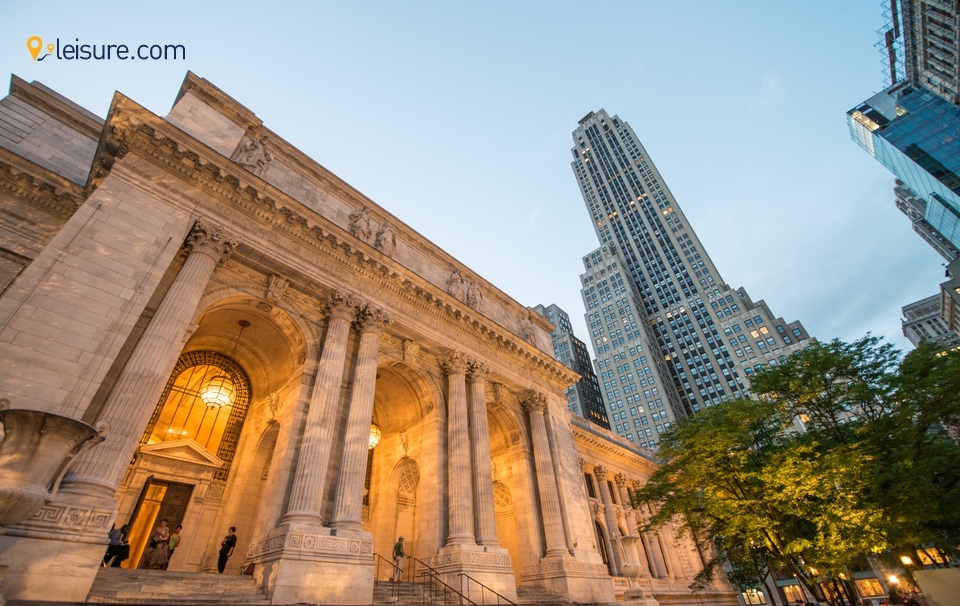 This is an interesting fact for all the bookworms reading this article. If you are someone who loves to read books, then trust us, planning New York vacations is a great idea. You might not be aware of the fact that the public library in the city has a fantastic collection of over 50 million books. Yes, you read it right - 50 MILLION books which is a pretty powerful collection! This makes it the 3rd largest library in the entire world and the 2nd largest in the United States. The first rank is taken by the Library of Congress, which is situated in Washington. Not just the endless collection of books, the interior of the library too lures people to enjoy reading on New York vacations.