8 Cities For The Best Hungary Vacation Packages In 2021! 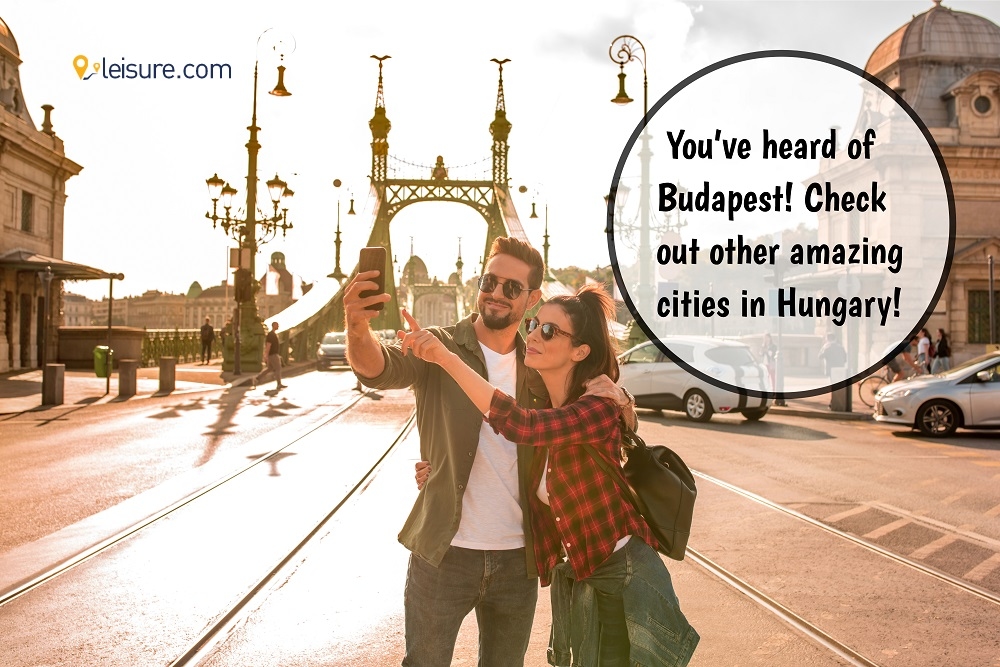 Are you trying to find the best Hungary vacation packages in 2021? Stay till the end of this article to find out the best cities in the beautiful city of Hungary that you should visit on your Hungary vacations!

Hungary is an amazing and unique destination located in the middle of Europe. The country is full of mind-blowing natural wonders and stunning architecture. Most people have heard of the capital city of Budapest, which is also the biggest city in the country. However, there are several other cities in Hungary that are worth a visit for the best Hungary vacation packages in 2021.

Here are the top cities in Hungary that you should definitely check out during your trip! 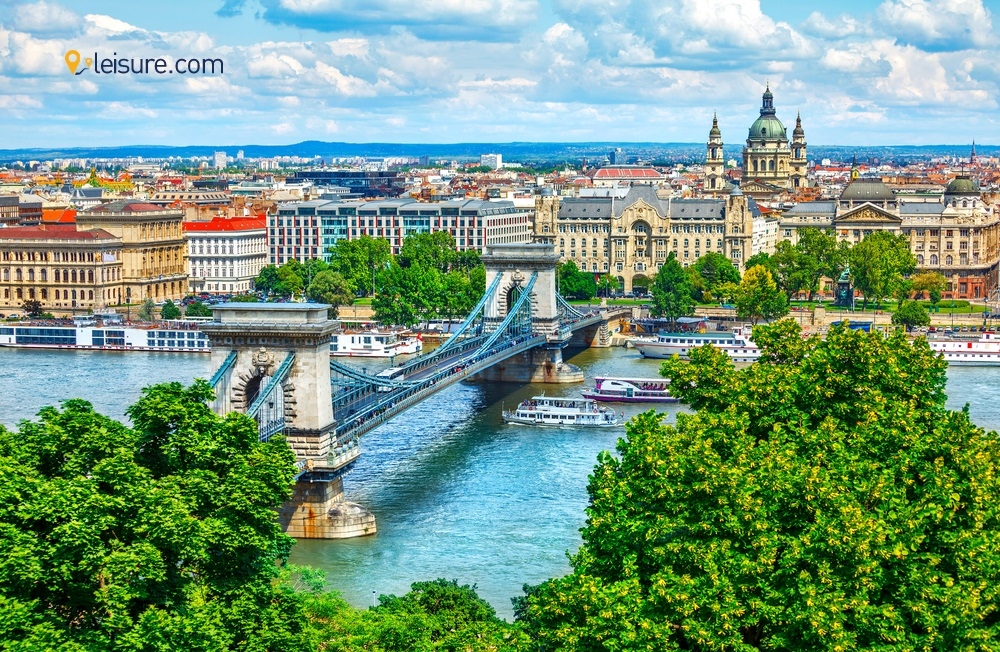 First is the most spectacular city in the country, which is the capital city of Budapest. Situated right in the heart of Hungary, Budapest is one of the liveliest cities in all of Europe, with an amazing history, architecture, and thermal spas. The city is bisected by the Danube River into two perfect halves. Often called the city of spas, Budapest is home to more than 100 natural thermal spas and baths. The thermal spas offer natural spring hot water that is said to have medicinal properties and can treat various medical issues.

The city is full of greenery, and amazing architecture, which gets lit up with beautiful colors as the seasons change from summers to winters. There are numerous signature ruin pubs that serve amazing cocktails and a lovely ambiance for a great evening.

Related: 6 Things to See and Do on your Hungary vacations packages 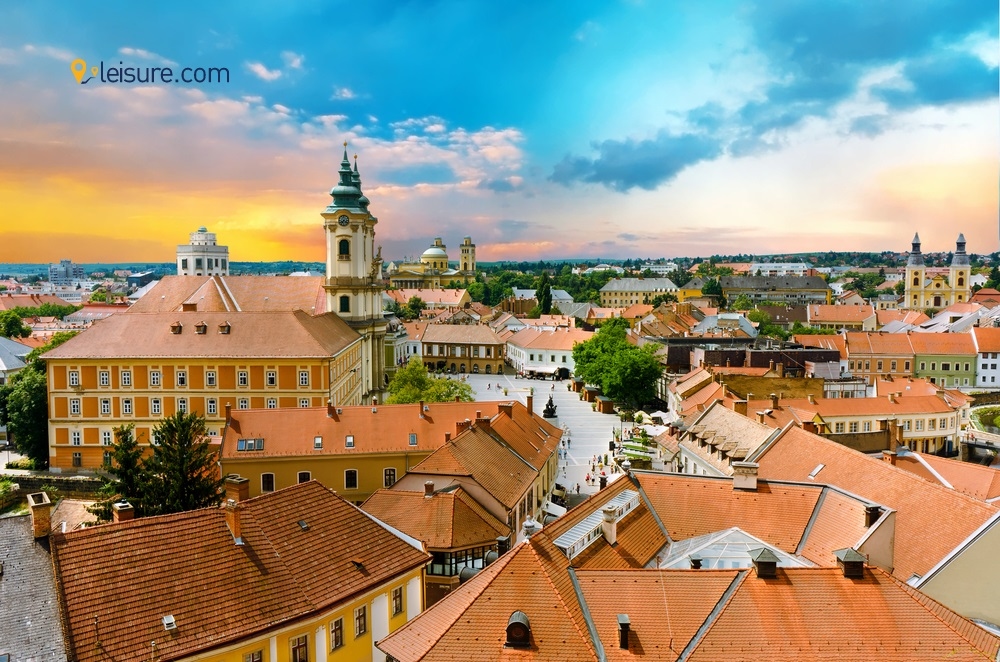 The next most popular city in Hungary is Eger. Eger is a historical city with an amazing history behind it, which is steeped in its culture, architecture, and food. The city mostly took shape during the reign of the Ottoman Empire and today boasts modernity coupled with traditional charms. The twisting and twirling streets in the city are perfect for a stroll during the evening, with plenty of beautiful cafes and restaurants all around. On the outskirts of the town, you will see massive vineyards with a variety of grapes, which will then be turned into the country’s best wine. If you are in Eger with your partner, don’t forget to give it a try or go wine tasting with your SO.

Check out: Which European Capital Is Your Personality? 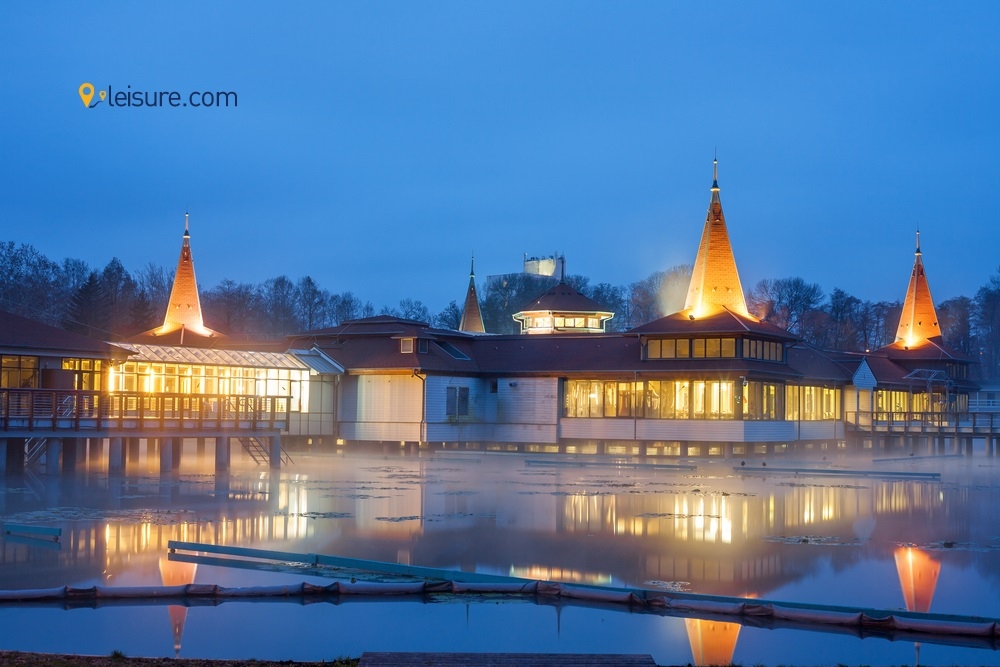 Heviz is a town situated 2.5 hours away from Budapest and has always been a cultural and social hub for Hungary. One of the most important reasons for that is the wondrous Lake Heviz. Lake Heviz is Europe’s largest thermal lake and second-largest worldwide. The massive lakes spew hot water from a hundred meters beneath the earth’s surface, serving mineral-rich hot water. The lake has comfortable, warm waters that are perfect for a swim at any time during the year. The amazing thermal lake is the reason why Lake Heviz is one of the best spa towns in the world. There are plenty of hotels and lodges around the lake where you can stay and dive straight into the steaming waters. Because of the medicinal properties of the water, there is a hospital built right next to the lake, which uses the water from the lake.

After a swim in the lake, go for a stroll exploring the old world charms of the city, as you frequently stumble onto traces of the Roman Empire. Another great attraction in the town is the Dr. Schulhof Vilmos Promenade which is situated 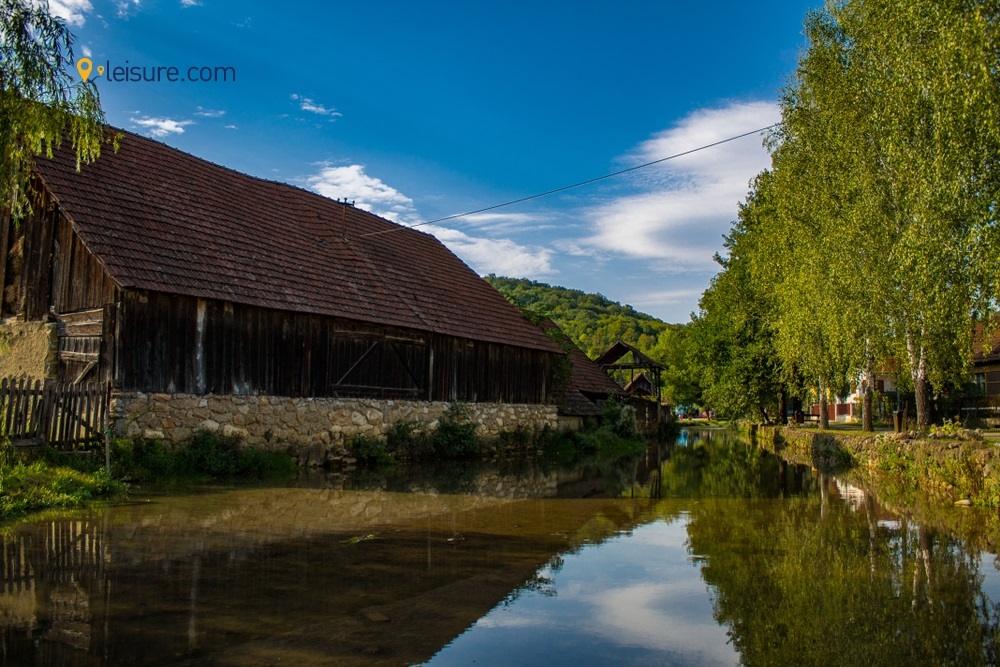 Aggtelek is a small village in the Borsod-Abaúj-Zemplén county. The village is famous for its natural beauty, which can be explored in the Aggtelek National Park. The park offers amazing hiking trails, with various lakes, forests, and streams. During the winters, the regions receive moderate snowfall, and the trees get covered in snow, turning the whole park white. One of the most amazing attractions in the park is the Aggtelek-Baradla caves, which feature an intricate system of caves that you can trail through. There are close to 30 kilometers of marked trails inside the cave system and the longest being 7kms. The caves have been formed over thousands of years of weathering through precipitation and melting snow. The caves are mostly made up of limestone, and therefore as the water seeped through, it carried minerals along with it, which over time formed spectacular stalactite and stalagmite structures inside the caves. As the light shines on the limestone in the cave, it reflects back and bounces off at various points, lighting up the cave in multiple different colors. 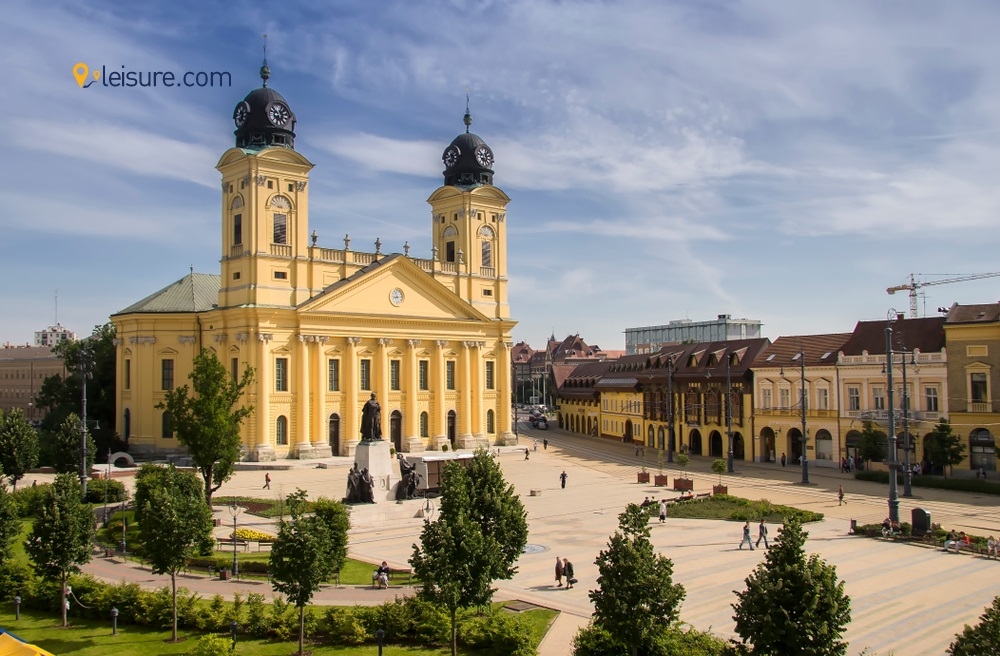 Located near the capital, Debrecen is Hungary’s second-largest city. It is situated in the Great Hungarian Plain and has no rivers or mountains in its vicinity. This once was the capital of Hungary, now serves as a religious hub in the country, with many churches and museums. One of the most spectacular buildings in the city is the Great Church, which is complemented perfectly by the twin towers, which you can climb to catch panoramic views of the city. St. Anne Cathedral and Deri Museum are two of the most popular sights to visit in the city. You will find a large number of students during your visit to Debrecen who takes time out to explore the great plains of Hungary.

Related: Surprise waiting for you - Top 5 Sites in Budapest: Hungary 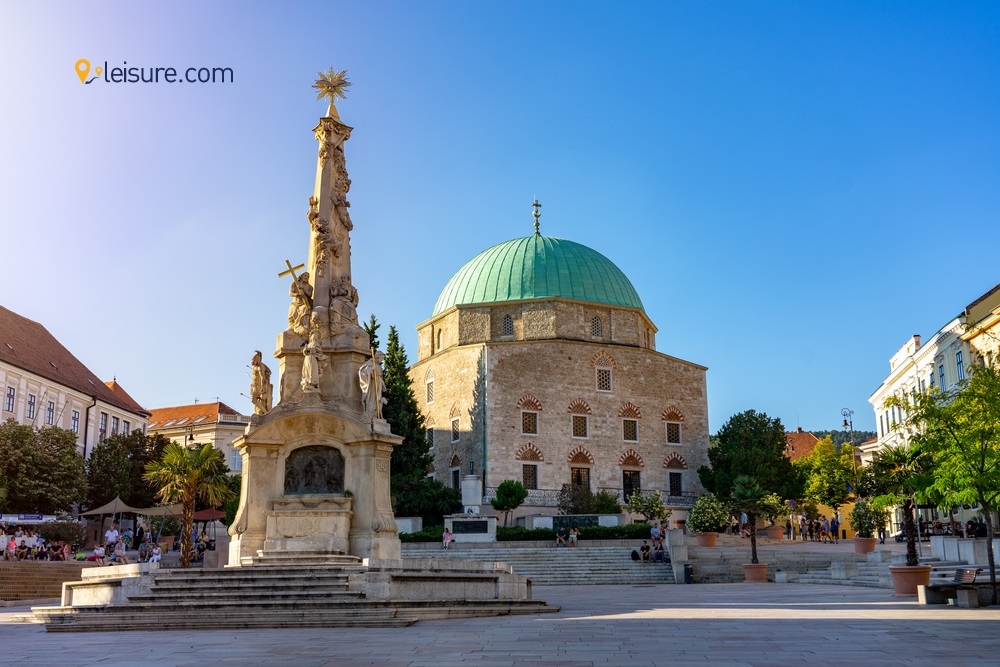 Situated in the southern part of the country, Pecs is an amazing addition to the best Hungary vacation packages in 2021. Pecs boasts a Mediterranean climate and roman aesthetics. The city lies on the Croatian border of the country and is a must-visit site if you’re planning to hit multiple countries on your European expedition. Pecs is also home to a UNESCO world heritage site called the Early Christian Necropolis of Pecs, which has underground tombs built in the fourth century during the Roman Empire. The city square, called the Szechenyi Square, is surrounded by numerous charming buildings that display the history of the country. During the rule of the Ottoman Empire, they built one of the most majestic mosques in the country, which you should check out with your own eyes, as it can be described in words. 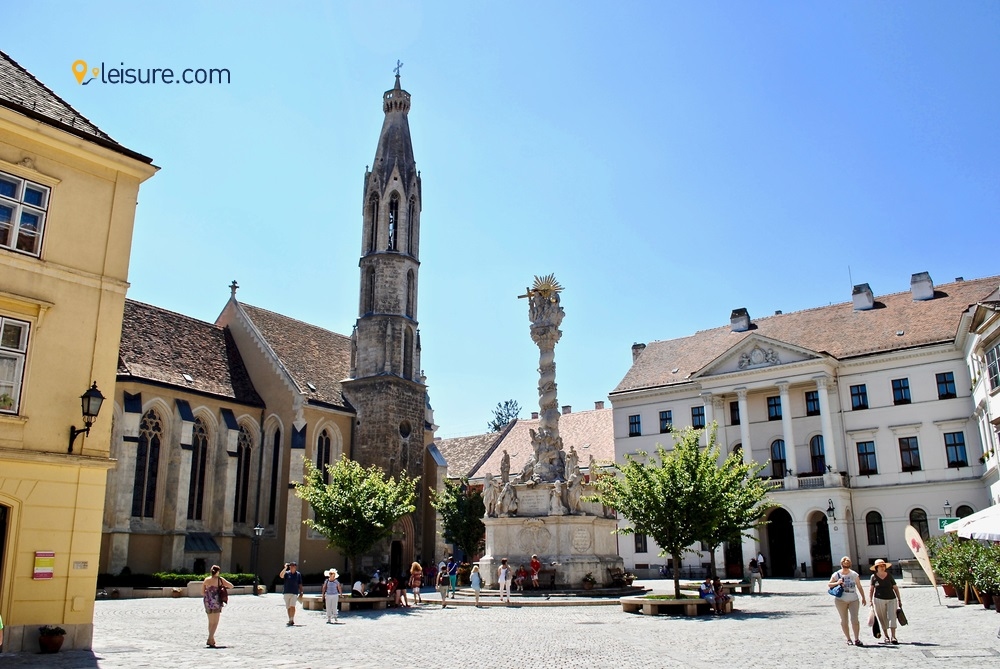 Sopron is located on the western end of Hungary and shares its borders with Austria. The city is often called the Town of Loyalty because of its past. It is said that the people of Sapron were given a choice to decide which country they would like to belong to as there was a frequent struggle to discern whether Sapron belonged to Austria or Hungary. The people of Sapron unanimously chose Hungary, earning the nickname. Sopron is famous for its vineyards which produce a unique blue-colored wine called Kekfrankos. One of the most famous sights in the city is the humous fire tower which was built in the 13th century and is close to 58 meters tall; when traveling from or to Austria, taking a halt to explore Sapron would be an amazing choice and will definitely give you a lot of memories to remember. 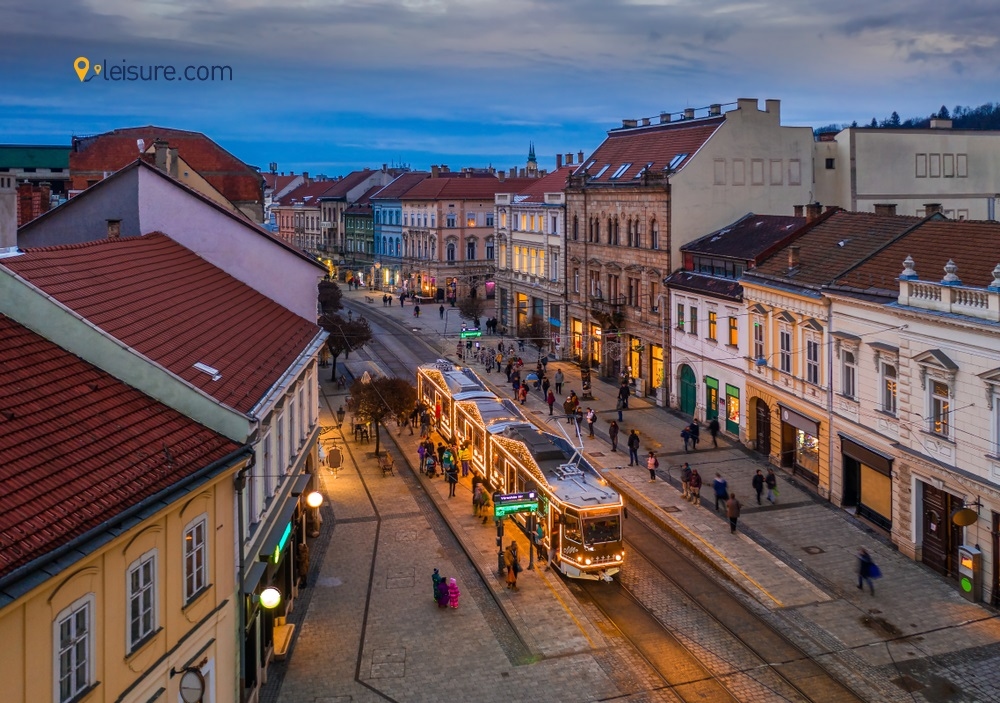 Miskolc is the industrial capital of Hungary, situated in the northeastern part of the country. Miskolc is a destination that you must visit for the best Hungary vacation packages in 2021, as the city offers a lot of fun and exciting activities for you to indulge in. From Goth church and medieval architecture to majestic hills and hiking trails in the Bukk Mountains, there is something for everyone.

For a luxury experience and the best Hungary vacation packages, visit Lillafured, which boasts beautiful greenery and a majestic palace hotel. The place is full of amazing natural beauty and scenery in the form of a waterfall, lakes, terrace gardens, colorful trees, and natural caves.

In addition to beautiful natural scenery, marvelous architecture, and weather, there is one other thing that attracts a lot of tourists to Miskolc, which is its amazing thermal spas. The thermal spa situated in Miskolc is one of a kind, with an intricate system of interconnected caves that are partially submerged by steaming spring water. The blue water and the rocky karst stone make for an amazing experience and the best Hungary vacation packages in 2021.