Here What You Need To Include In Your Denmark Vacation Packages! 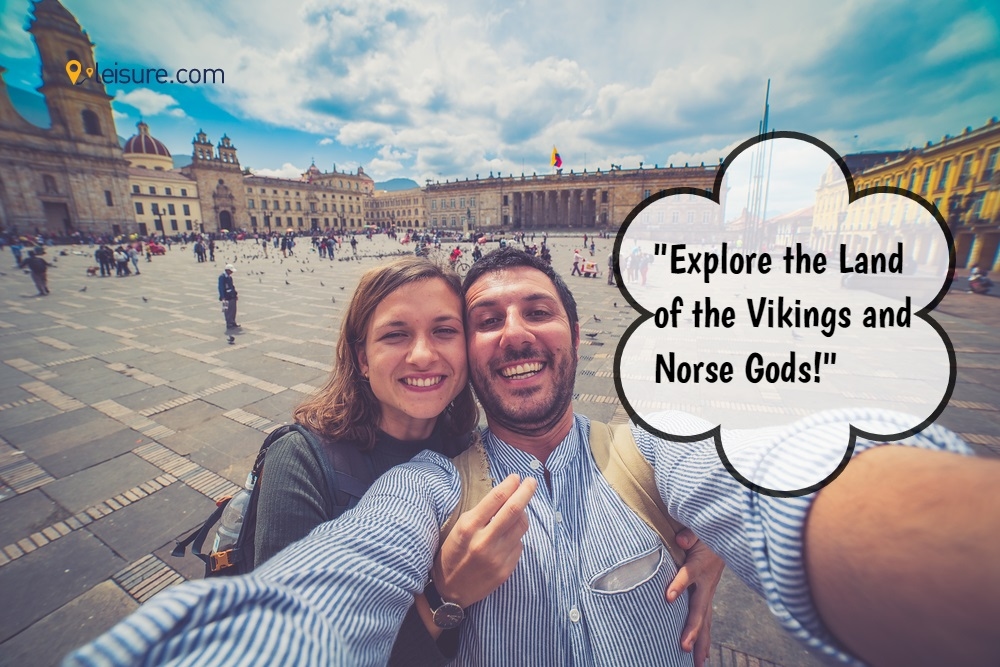 Denmark is one of the oldest countries in Europe and is one of the most interesting and culturally unique ones as well. A part of the Scandinavian countries in northern Europe, Denmark is a hub of history, architecture, beautiful landscapes, and culture. What most people don’t realize when they think of Denmark is that it is an archipelago! That’s right! Meaning it is a country made up of 443 islands on the Baltic Sea and the North Sea. Out of these 443 islands, only a little over 70 islands are inhabited by people. Out of the other inhabited islands in Denmark, many offer amazing landscapes and sights for adventure-filled holidays, whereas others hold remains and artifacts of Denmark’s rich history.

Considered as the land of the Vikings, Denmark has engraved its mark in history time after time. Today, Denmark boasts the title of having one of the best quality of life and has held first place in the list of happiest countries in the world numerous times. Denmark vacations packages in 2021 will offer you amazing architecture, beautiful weather, an extensive lesson in history, and a whole lot of happy places!

In this article, leisure travel experts present to you the top 6 cities that you should include in your Denmark vacation packages in 2021 for a complete and authentic Nordic experience!

Let us have a look at what each of these magnificent cities has to offer! 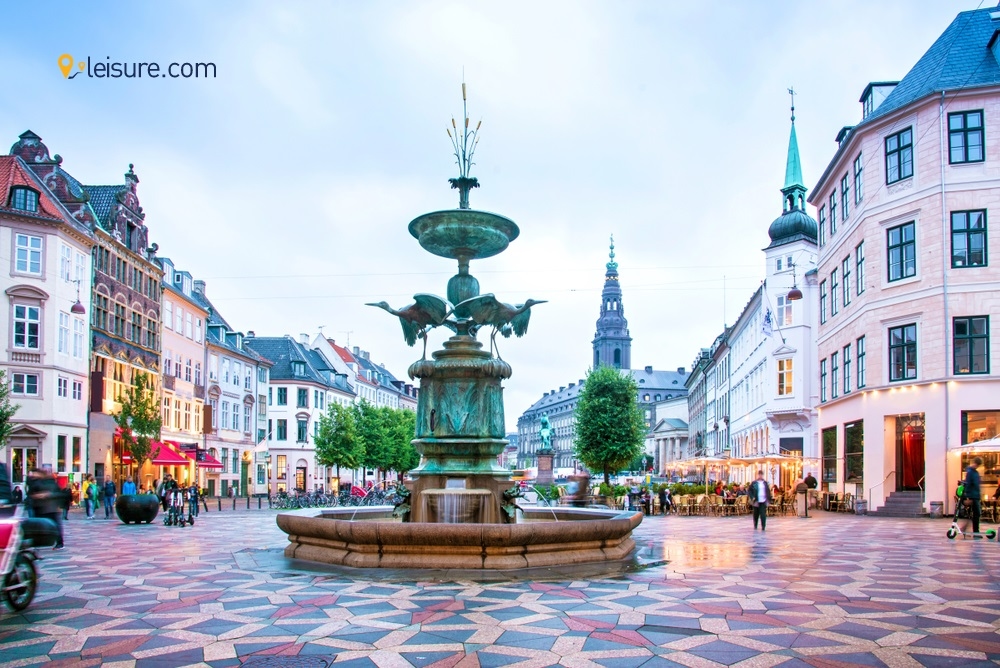 Copenhagen is probably the first city that most travelers visit on their Scandinavian excursions. The city was once a fishing village during the era of the Viking and is now the biggest city in the country. In addition to being the capital of Denmark and the political, cultural, and economic hub, Copenhagen is also one of the most livable cities in the world. The city has amazing architecture full of old-world charms and neoclassical designs, with can be explored through its various castles, churches, and palaces. One of the most amazing examples of Danish architecture is its primary government building, called the Christiansborg Palace. The palace is home to the Danish monarchs, the prime minister’s office, and the supreme court of Denmark.

One of the most popular attractions in the city is the Tivoli gardens, which is an amusement park that inspired the look of Disney Theme parks. There are various attractions in the park for kids and adults alike. In addition to the park, there are various museums in the city that one can explore during their Denmark vacation packages in 2021 to learn about the art, culture, and history of the country. Another attraction that brings in a lot of tourists is the little mermaid, which is a tribute to the world-famous tale written by Hans Christian Andersen. When in Copenhagen, you will have no problems finding good places to eat, as the city has over 15 Michelin star restaurants where you can enjoy some amazing food with your partner.

Check out: Most Instagrammable Places to Visit during Denmark Vacation 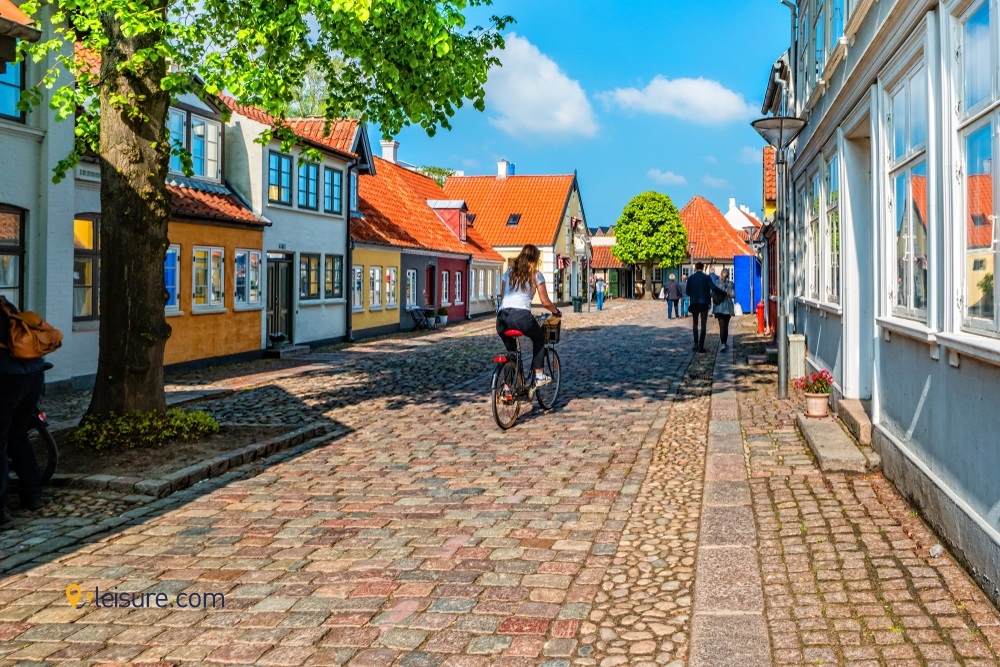 Odense is one of the most underrated cities among tourists in Denmark. Odense is the third-largest city in the country and is the birthplace of legendary writer Christian Andersen. The town is full of monuments and museums that celebrate the achievements and the works of the author. In addition to that, the city’s architecture itself boasts colorful buildings that line up the cobblestone streets. There are various quaint little cafes and restaurants throughout the city that are perfect for any book lover to just sit in silence and enjoy their book. The town was named after the Norse god Odin himself and had lived up to its legacy through the amazing castles and palaces. One of the most popular castles in the city is the Egeskov Castle, which was built in 1554 that you should definitely include in your Denmark vacation packages in 2021. The castle is one of the best-preserved water castles in Europe. 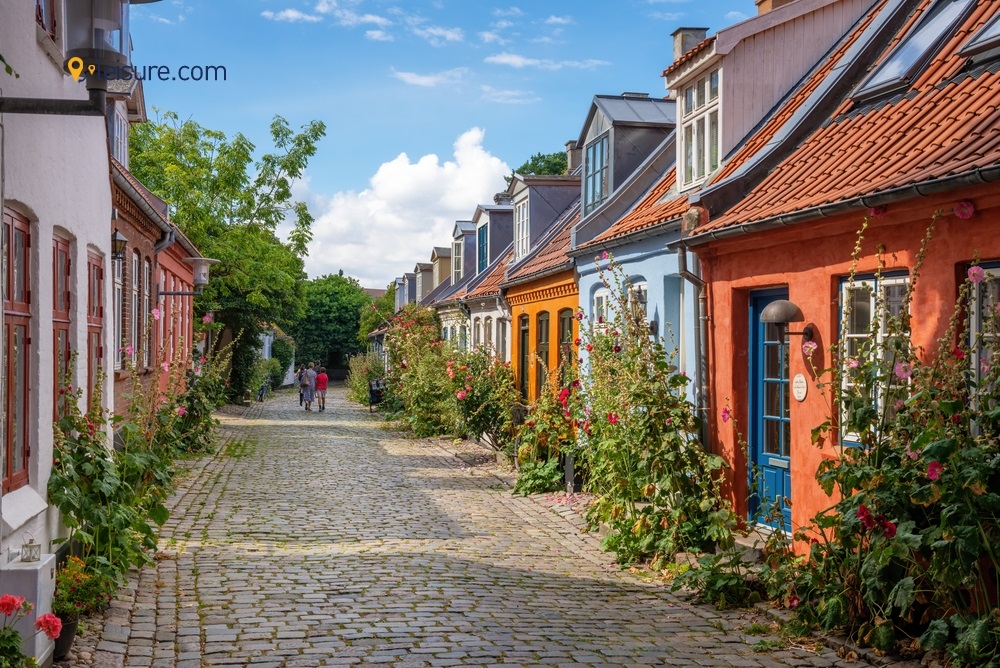 Arhus is the country’s second-largest city after Copenhagen. The city takes you back in time with its marvelous design and architecture. The city is home to many unique museums that showcase the history of art, design, and culture in the country. One of the most amazing museums in the city is the Den Gamble, By open-air museum. The museum is spread out in over 75 buildings that look like they are from the 1700s. The different buildings in the museum are dedicated to a specific period of time and present the history and evolution of Denmark over the years. One of the most beautiful and artistic attractions in the country is the ARoS Museum. The museum is a circular walkway above the ground which has glass panels all around it covered in different colors of the rainbow.

In addition to museums, there are many amazing cafes and restaurants in the city offering innovative menus and a vibrant ambiance. Art and design are engraved in the culture and architecture of this beautiful city in Denmark, which is visible in the airy building of Musikhuset Arhus Concert Hall. The concert hall is an amazing feat of architecture built in 1982. The building has six different halls with nine stages that host some of the most amazing artists and performers from around the world. Each concert hall has a distinctive quality that makes it unique and a must-see addition to your Denmark vacation packages. 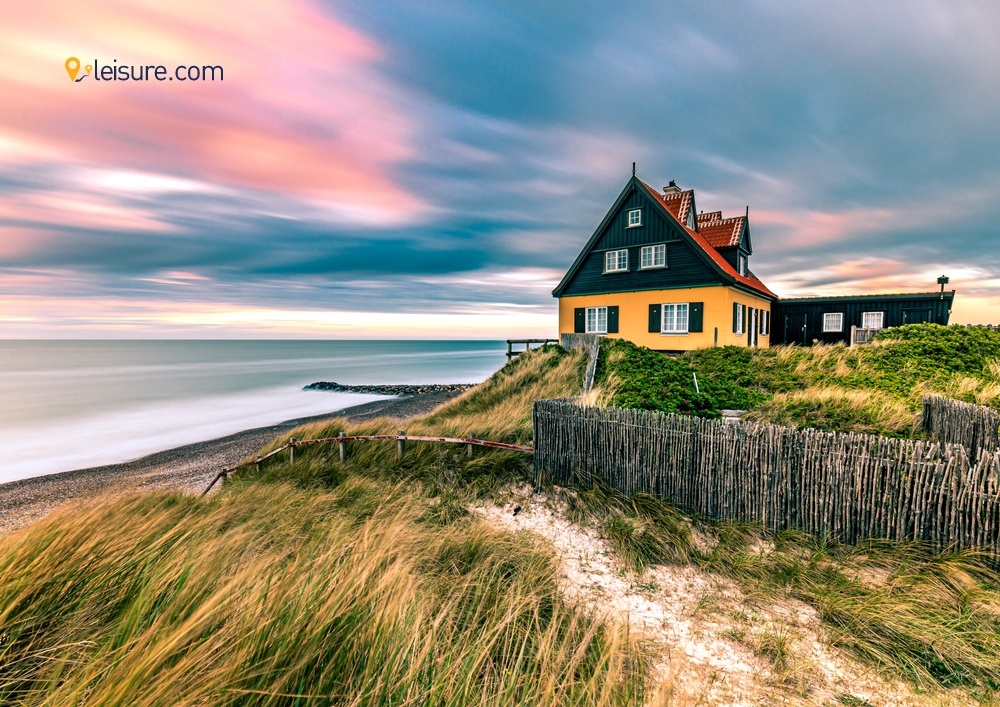 Situated on the northernmost tip of the country, Skagen is a city where the North Sea meets the Baltic Sea. The city has a vivid shoreline with bustling marine life such as sea lions and other aquatic mammals. Skagen is a popular beach resort for locals and tourists alike due to its white sandy beaches. It is one of the most popular attractions in Denmark, with more than two million annual visitors. The city has plenty of iconic lighthouses, at have stood the test of time. Check out the art and history at the various museums in Skagen. The city has inspired many great artists and painters who used to live there to find solace in the bustling city and let their creativity flow in peace. 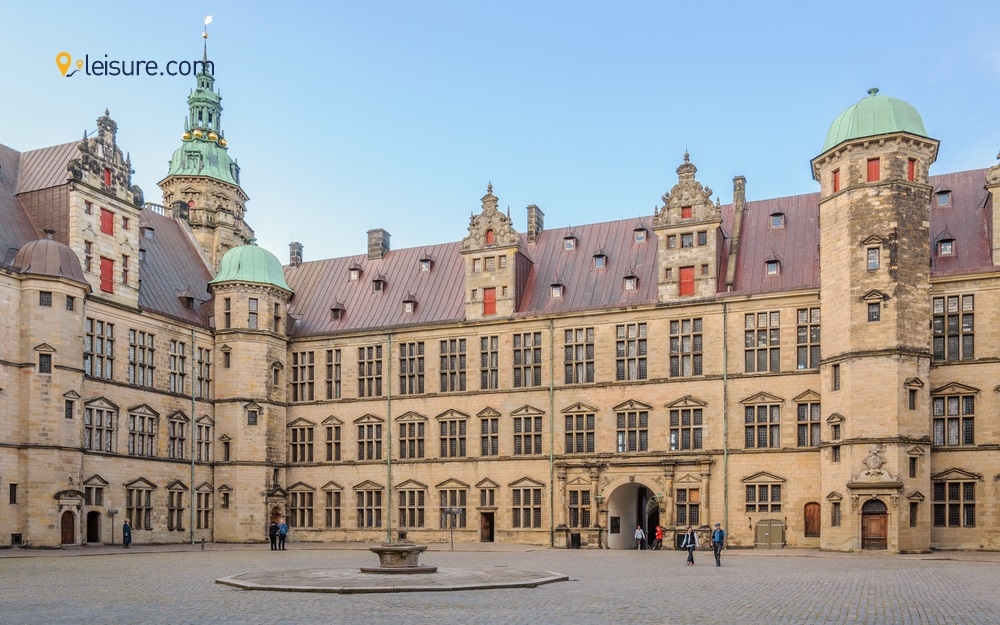 Helsingor is the final town sitting on the Swedish border of the country. Helsingor is a medieval town with many historic buildings and artifacts spread out throughout the city. One of the most important sights to see in this city is the Kronborg castle. The castle served as the setting for Shakespeare's Hamlet. The castle was original built in 1420 and has since been destroyed and rebuilt plenty of times. Other beautiful attractions in and around the city that you cannot miss on your Denmark vacation packages in 2021 are the Fredricksborg Castle and the St. Mary’s Church. 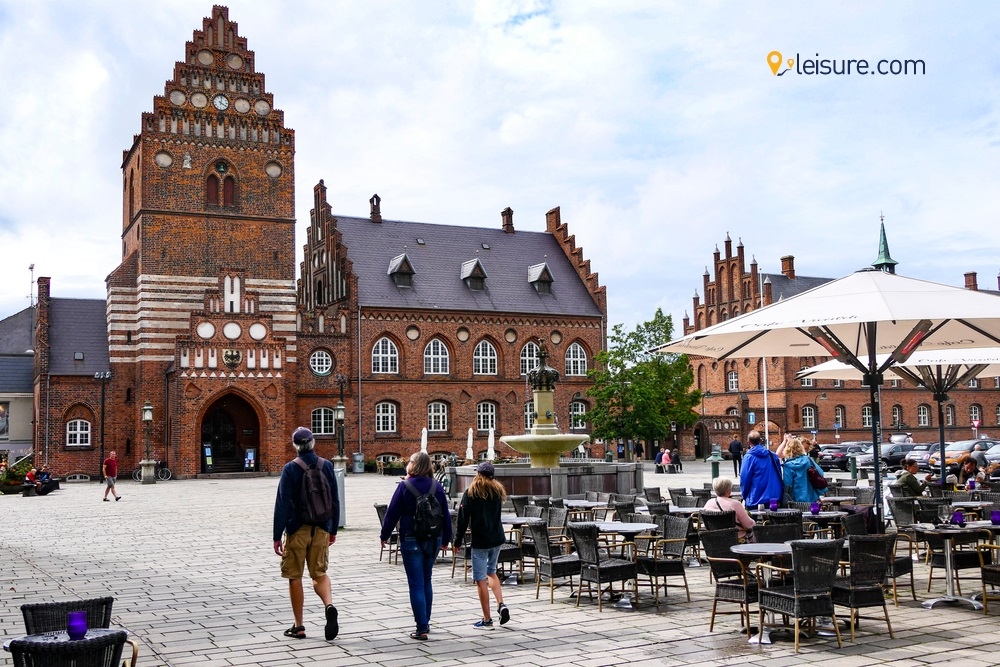 Roskilde is a city which is situated just 30 kilometers west of the capital. In addition to offering amazing history and architecture, Roskilde also offers you great music. The city is home to Europe’s biggest music festival, which features the best international artists and performers that bring in people from all over the world. There are various museums in the city that are dedicated to the history of music, specifically rock and pop music. The town also played an important role during the era of Vikings and served as a port city. You can find multiple museums around the city where you will find real Viking ships and boats preserved in all their glory.