The 8 Awesome Facts About The Appalachian Mountains 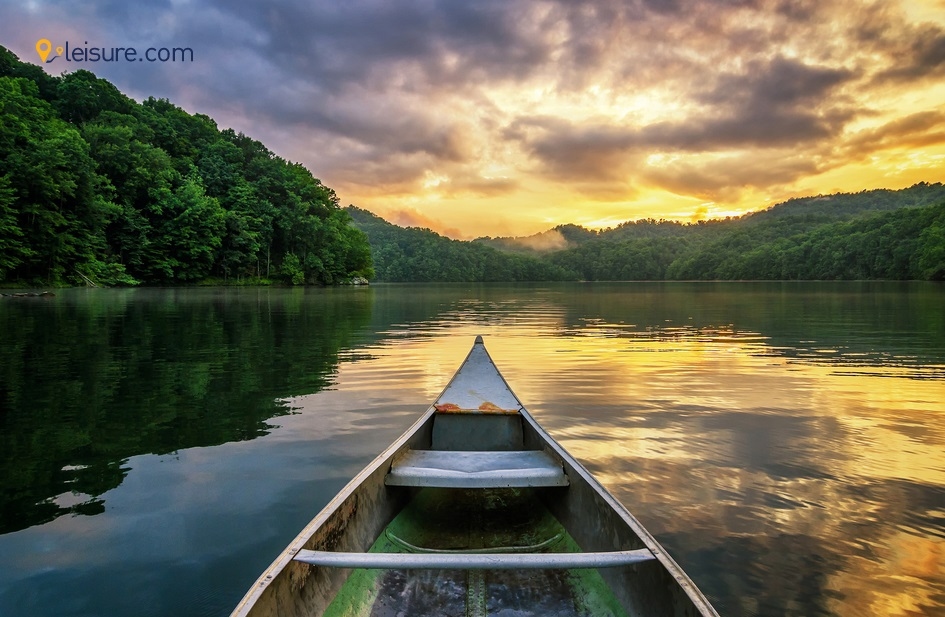 The Appalachians are a symbol of North American greatness. Many people think of the long Appalachian Trail or the unique Appalachian English when they hear the name of the famous mountain range. Still, the rough peaks had impacted North America and the world even before birth. The Appalachians span the whole eastern portion of the United States, from Florida to New Brunswick, Canada. They spread out into the neighboring states of Tennessee, Kentucky, Ohio, and West Virginia, moving somewhat to the west. Within this vast area— from 100 to 300 miles broad and 1500 miles long—are loads of fun facts about the Appalachian Mountain range, including interesting geological and geographical information, countless cultural peculiarities, and diverse natural beauties.

Here are some interesting tidbits about the Appalachians that you probably didn't know.

The Appalachians' oldest rocks are well over a billion years old. It's a mystery how old the Appalachians really are. Still, they've been part of the North American landscape for a long time. That's because the mountain range didn't form all at once, for one thing. Historically, the Appalachian mountains have repeatedly risen, only to be worn down by erosion.

It's possible that the first mountains emerged after North America and South America joined to form a supercontinent a billion years ago. About 450 million years ago, when those mountains had been worn down by erosion, a new set of mountains developed, and the cycle resumed. A geology professor at West Virginia University, Steve Kite, told West Virginia Public Broadcasting that although the present-day topography of the Appalachians dates back around 20 million years, certain sections are made up of stunning rocks 1.2 billion years old.

The length of the Appalachians is close to two thousand kilometers. While the name "Appalachia" may make you think of an area in the southern United States, the actual footprint of the Appalachians is enormous (and even global). They are located in Canada, its northernmost peak in Newfoundland and Labrador. They then make their way southward to a point in the middle of Alabama. It spans a total of 18 US states and 5 Canadian provinces.

The Southern Appalachian Mountains were created when two continents slammed into one another. Approximately 300 million years ago, the supercontinent Gondwana, which included the modern-day continents of Africa and South America, collided with the landmass that would become North America.

The impact propelled Gondwana over North America and slid northward for about 186 miles due to the collision (300 kilometers). One hundred million years later, the continents drifted apart again, leaving the southern foot of the Appalachians as souvenirs. Scholars from Brown University agree that the development process was very similar to the Himalayas' ascent.

The Appalachians may have once towered as high as the Himalayas. We will never know how tall the original Appalachians were at their highest point because they formed long before humans could measure them.

The Appalachian Mountains, however, were likely far taller in the distant past, according to scientific research. North Carolina is home to the Appalachians' highest point, only 6,684 feet above sea level. More than half of the peaks in the Rocky Mountains are higher than 14,000 feet. However, there is evidence that this was not always the case. Mount Everest, the tallest mountain in the world at almost 29,000 feet, is located in the Himalayas in Asia. Some geologists believe the Appalachians initially rivaled their height.

The Appalachians could have played a role in bringing on the Ice Age. High atmospheric carbon dioxide concentrations are well-known to contribute to the observed rise in average world temperature. Thus, it is unexpected that the massive number of volcanic eruptions that contributed to the formation of some of the northern Appalachian Mountains 460 million years ago released the most CO2 the globe had ever seen at the same time, not resulting in persistently high temperatures. But even more shocking is that experts think the eruptions may have had the opposite effect. The eruptions triggered a global ice age about 15 million years later.

Geologist Seth Young of Indiana University, Bloomington, has undertaken research that reveals the mountain rocks themselves are to blame for this unexpected development. Carbon-dense air precipitated as acid rain upon the Appalachians, forming limestone that eventually eroded into the vanished Nevada sea, sequestering the carbon and lowering global temperatures.

The Appalachians impacted the spread of settlement to the West. The Appalachians have been home to indigenous peoples since before Europeans set foot in North America. Things remained unchanged for a long time after the colonists' arrival. However, the newcomers stayed on the eastern side of the range since they saw no reason to cross into the privately owned territory.

Nonetheless, the British Empire claimed all of North America east of the Mississippi River as its own following the Seven Years' War. In an attempt to discourage land-hungry immigrants from coming across the mountains—which the authorities across the pond knew would lead to strife with the various tribes now living there—the British crown issued the Royal Proclamation of 1763. Following the letter of the law, colonists were forbidden from establishing themselves west of the Appalachians. This ordinance, like many others coming from London at the time, primarily inflamed animosity in the colonies, especially among the elites who would shortly lead the American Revolution.

The Appalachian Mountains constitute a continental division. The massiveness of the Appalachians affects more than just the flow of traffic. The Appalachian Mountains create a line that cleaves the eastern landscape of North America as the tallest points around. The Eastern Continental Divide (or, more commonly, the Appalachian Divide) is the boundary that determines where rainfall in the region falls. Precipitation that falls on the mountains' eastern slopes typically flows into the Atlantic. Water that runs down the western side of the peaks, on the other hand, ultimately feeds into the Gulf of Mexico.

While 3 million people hike some portion of the trail each year, only 3000 daring souls make the entire journey. Getting from start to finish (known as a "thru-hike") in a year is no easy feat, and only about 10 to 15% of those begin to do so all the way. It's not difficult to see why: Thru-hikers must travel 2193 miles across 14 states, gaining and losing around 464,500 feet in elevation. That's quite a lot of trail mix.

If you are planning to visit the Appalachians Mountains, you will be amazed. We will deliver more to your soul than it delivers to your senses. So grab your travel bags, and head out to a wonderful adventure with leisure.com and kickstart a great trip that you will never forget.