15 Top Cultural Festivals In The U.S That You Must Attend 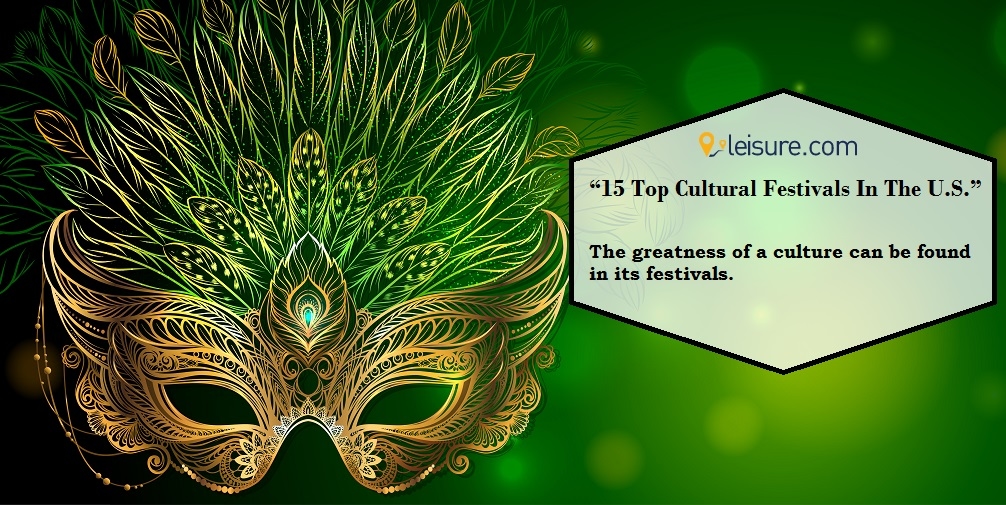 The United States has several cultural festivals that draw a large number of tourists. From celebrating music, food, art, literature, heritage, etc., leisure.com has compiled the top festivals to visit that ooze culture. 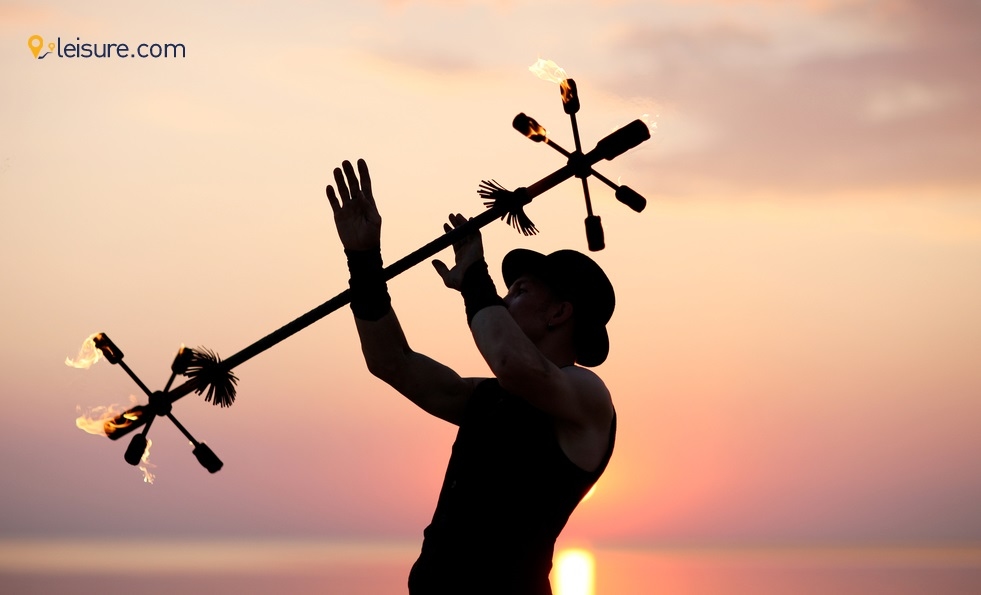 Keep your schedule free for this festival. Considered a hippie festival, the Burning Man festival of Nevada consists of art, musical performances, dancing, and partying. Tour companies also include leisure travel packages with family to Nevada.

The festival is more about community bonding as they burn wooden effigies. It celebrates the spirit of love and togetherness, and this is not the typical tourist festival that you might be used to. However, it is one of the best American festivals to witness. Held in Black Rock Desert, Nevada, the festival is organized at the end of August. This is one of the top festivals to visit in the United States.

Out of many US cultural festivals, Kutztown Folk festivals are one of the must-visits. Its roots were traced back to the 1950s, when three local professors celebrated the German population in Pennsylvania. It is one of the top festivals in America. In 2021, the festival crossed its 60th-year mark. The Leisure travel packages to Kutztown can be customized as well.

Primarily known for artists and artisans, the festival hosts thousands of travelers and the local population. The locals dress up in traditional clothing as the folksy music plays in the background. For those looking to explore the Pennsylvanian German culture, you must stop by Kutztown, Pennsylvania. The festivals are usually organized in June of every year. Additionally, the bread and bakery products are added delights. 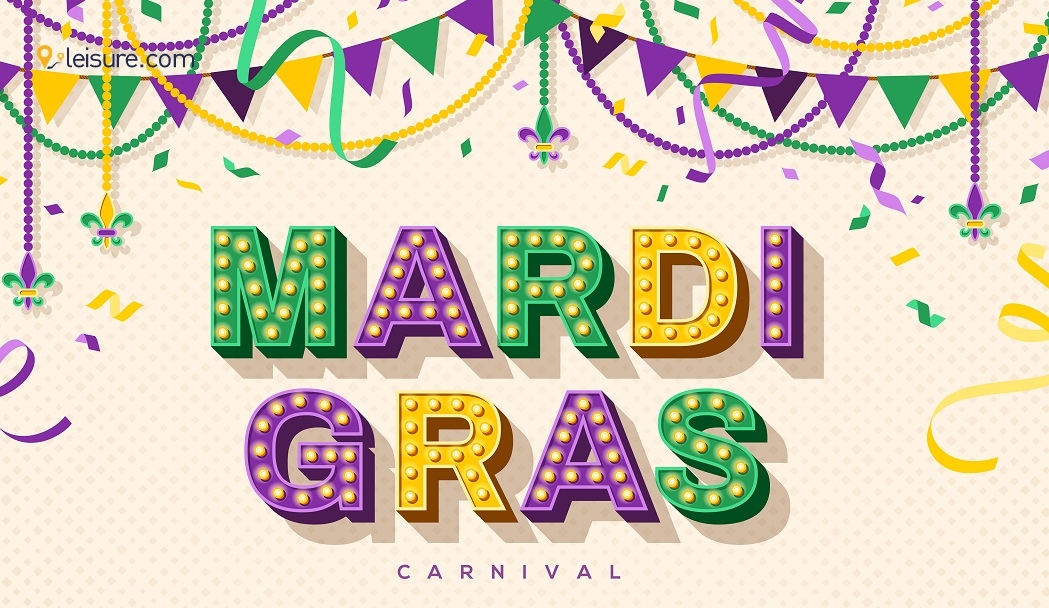 One of the most significant cultural festivals in America, New Orleans Mardi Gras is one of the most vibrant and exciting festivals. The event sees parades and floats taking over the city’s streets. The clubs and bars organize additional events to match up with the spirits of the festivals. People dress up in the most colorful and creative costumes as they become part of the parade. This is one of the top festivals in America that is visited by thousands. Leisure travel packages for Mardi Gras are available and can be booked ahead.

The festival's color theme is gold, purple, and green which embody power, justice, and faith, respectively. It is held until Ash Wednesday. This annual festival is organized early in the year (February).

One of the best EDM music festivals, Electric Daisy Carnival in Las Vegas, is for you if you love music. Top DJs and EDM artists perform at this festival.

This three-day long festival is full of partying and dancing. The artistic designs, installations, and backgrounds become one of the most pleasing visual aesthetics. Usually organized in May every year, we would suggest that you hydrate yourself and pick sensible shoes. Long days of partying and yelling the lyrics can be tiring. Leisure travel packages have itineraries to the Electric Daisy Carnival.

Close by is Vegas. Before or after the festival, you can slip to America’s Sin City and experience all the promises you hear about from many. This is one of the top festivals for music lovers. 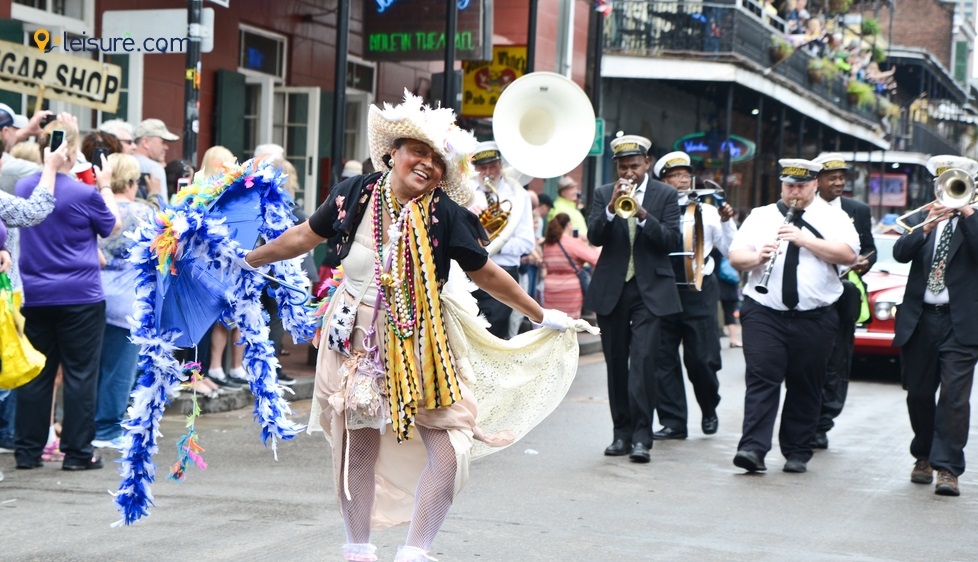 New Orleans isn’t called the Big Easy for no reason. Cheaply priced alcohol and tons of festivals organized in the city ensure that it lives up to its nickname.

One thing that sets New Orleans distinct from the other states is the fact that the festivals are touched by the local heritage and the culture. You can witness NOLA's most delicate charm with its musical and acrobatic talents. That’s not just it; art and literature have a place in the festivals as well.

The Jazz and Heritage Festival in New Orleans is a music festival in which the locals display their creative streaks. This festival often is visited by several famous musicians as well. Since this is not a commercial event, the event blooms with the musical talents of the city. Held between early to mid-October, this is an event you can visit with family as well. This is another of the top festivals in America. Leisure travel packages for families often include this festival in the itinerary.

One of the top festivals that celebrate the Hawaiian culture for the family and kids is Aloha Festival, which celebrates the American culture.

However, the main focus is on preserving the Hawaiian culture, heritage, and art forms. Natives take to the streets, performing dances and folksy songs. Food tasting workshops about Hawaiian culture and interacting with the roots, this event is filled with the thrill of discovering a new culture, along with adventure. 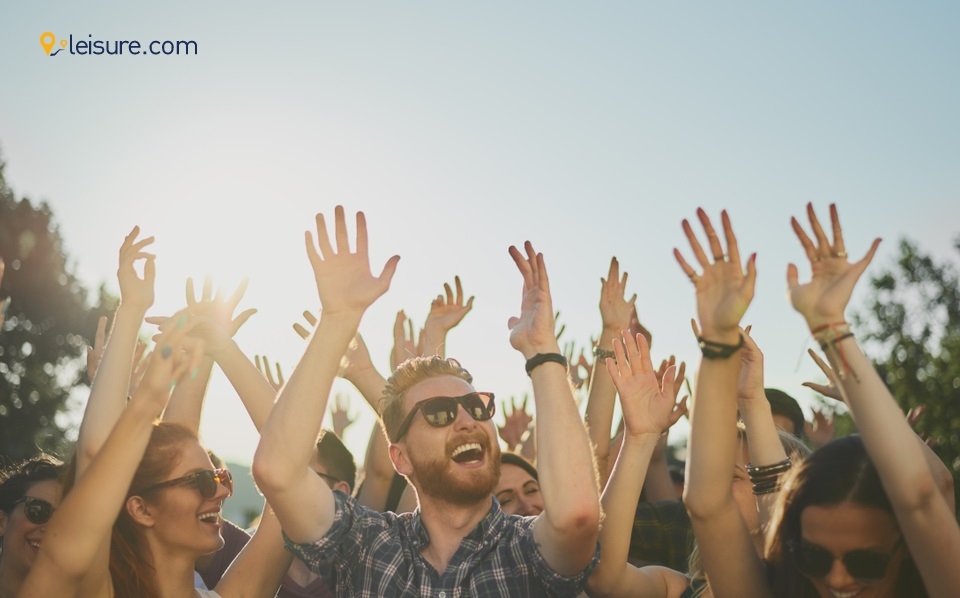 Who hasn’t heard of Coachella?

Do not be surprised if you catch your favorite celebrity here. Travelers and celebrities alike visit Coachella every year. Musicians and singers perform at this festival for thousands of tourists.

Organized in Indio, California, Coachella is one of the top festivals of the states, which also has impressive art and food stalls. Organized by the beach, enjoy all day and evening of music as the waves crash by until the sunsets.

As one of the top festivals, tickets to Coachella Valley Music and Arts Festival sell out pretty fast. Make sure to purchase the tickets in advance.

This is one of the top festivals that has been adapted on the reel. No other than Bill Murray, who starred in the same name, the festival is about weather predictions. Literally!

The event revolves around a groundhog who makes predictions about the upcoming weather during the festival.

Other places to visit while in Pennsylvania for GroundHog Day are Phil’s Burrow, Gobbler's Knob Trail, and GHC Headquarters. Organized in September, this unique festival is held in February. 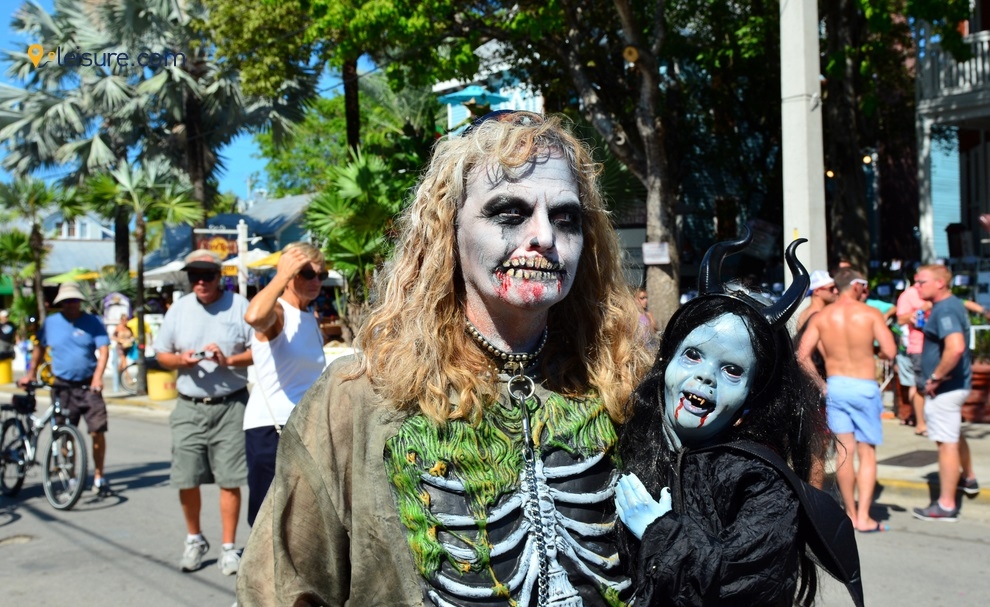 For those who enjoy dressing up in costumes, Fantasy Fest is a must-visit for you in Florida. The festival attracts both the locals and tourists in a large amount. You can expect to see characters from anime, superhero films, TV series, comics, etc. Many even cover themselves with body paint to resemble their favorite on-screen character. People can make pit stops at bars and catch a sip or two.

That isn’t all; several beautiful beaches are located close by where you can set up your photo-shoot location. Organized in Key West, Florida, this festival is held in late- October.

Another music festival in the states is organized in New York City at Randall’s Island Park. This is one of the top festivals to witness if you love music. Electronic music is bound to make you dance as several international DJs and singers perform at this event.

Organized in early September, if you plan to visit New York during this time, do add this to your to-do list. 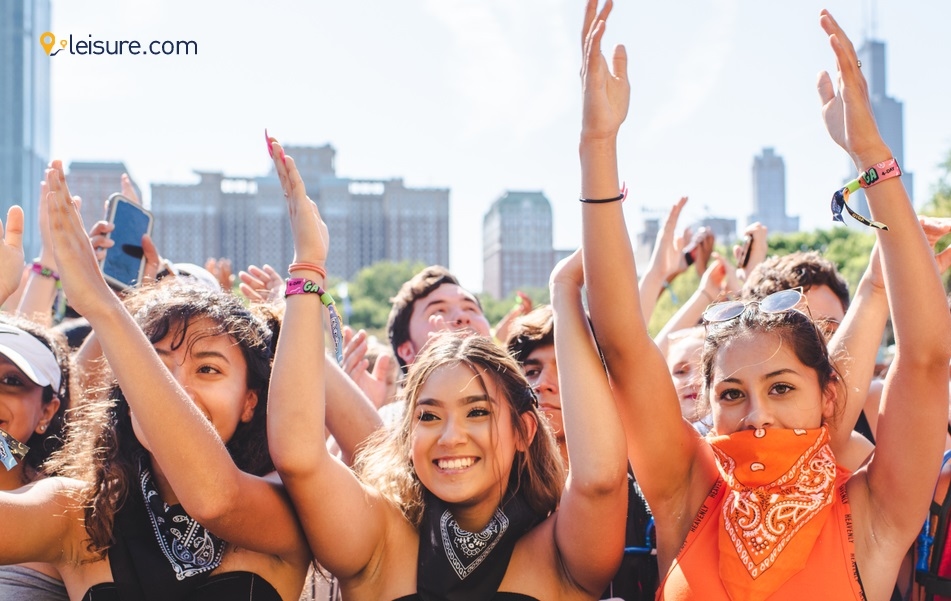 In the heart of Chicago during late July and early August is the festival of music, comedy, and dance formulated. Lollapalooza witnesses big names like Childish Gambino and Ariana performing for the crowds. The genre of music is diverse and is for all. This is undoubtedly one of the top festivals in America that is worth visiting.

This is one of the top festivals in America for those who love food! Boston shares a long liaison with seafood. It is a source of income and a diet for the people living in Boston, Massachusetts. It only fits to celebrate the dishes. Cooked with love and traditional Boston style at multiple workshops, you can enjoy the food and learn more about the state’s history. What makes the festival even better is that the food is diet-friendly. It will cater to whatever special needs you have so you can enjoy it without worrying about your weight or allergies. 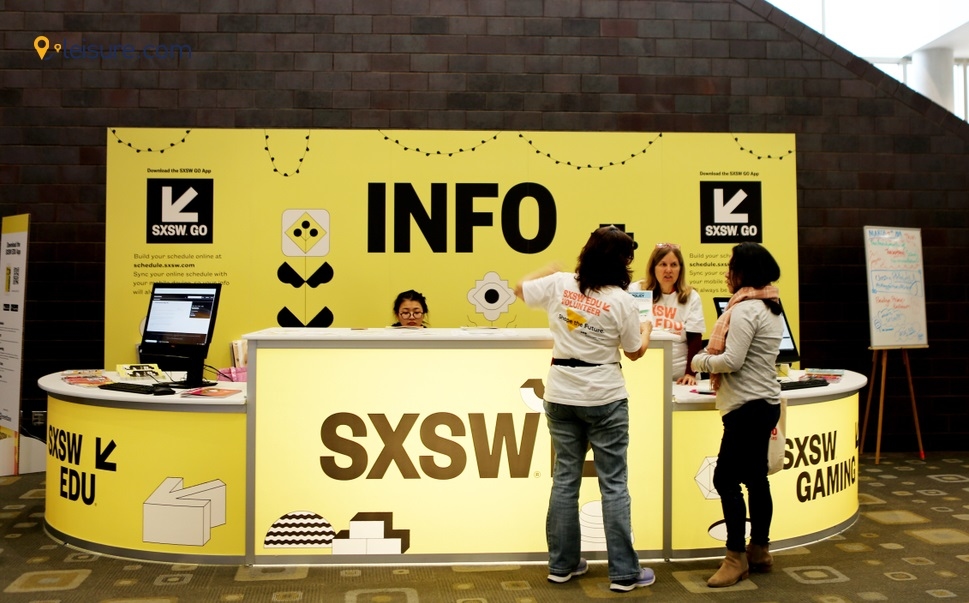 South by Southwest festival celebrates music, films, and performances loved by every music and media lover out there. Various celebrities gather here in Austin, Texas, as they, along with their fans, celebrate an amalgamation of harmonies. It is organized during mid-March, so if you are in Austin, pop over for this one. It will be worth your time. This is one of the top festivals for music.

Another of the top festivals organized in Austin, Texas, in early- October; this is a two-weekend-long event. The Austin City Limits Music Festival jubilees the spirit of music, dance, food, art, and drinks. Organized in the Zilker Metropolitan Park, there is an eight-stage feature to enjoy the celebration of music. 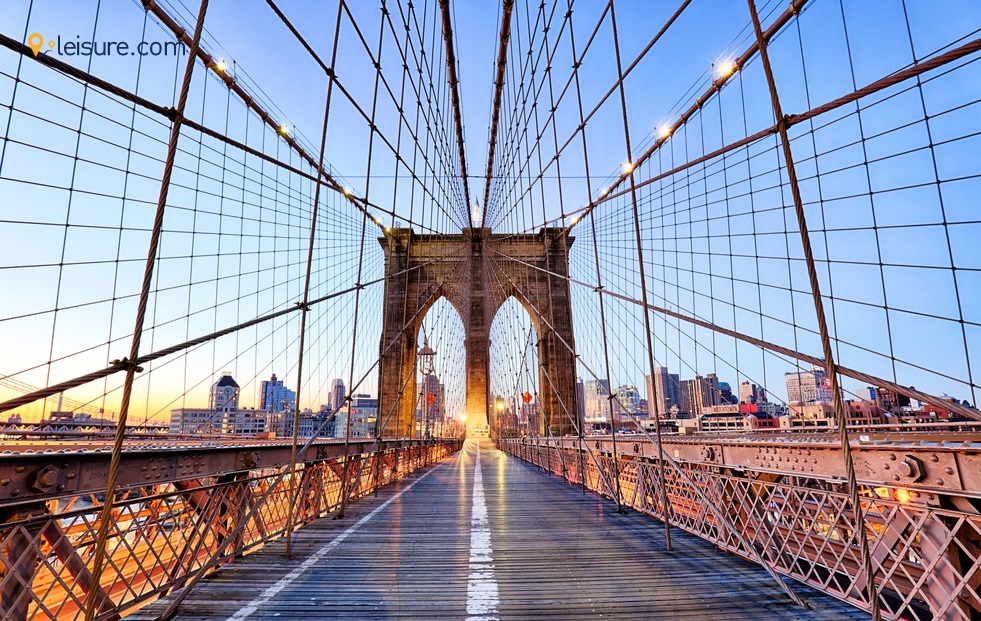 Debuting at the Brooklyn Academy of Music in 2005, this festival celebrates the music created and produced by black artists. Not just music, it also includes art, fashion, films, and even food.

It also sheds on the history of the association of black people with music. Held in Commodore Barry Park, Brooklyn, the festival is a must-visit. It is one of the top festivals in the United States that also draws many celebrities and musicians for performances.