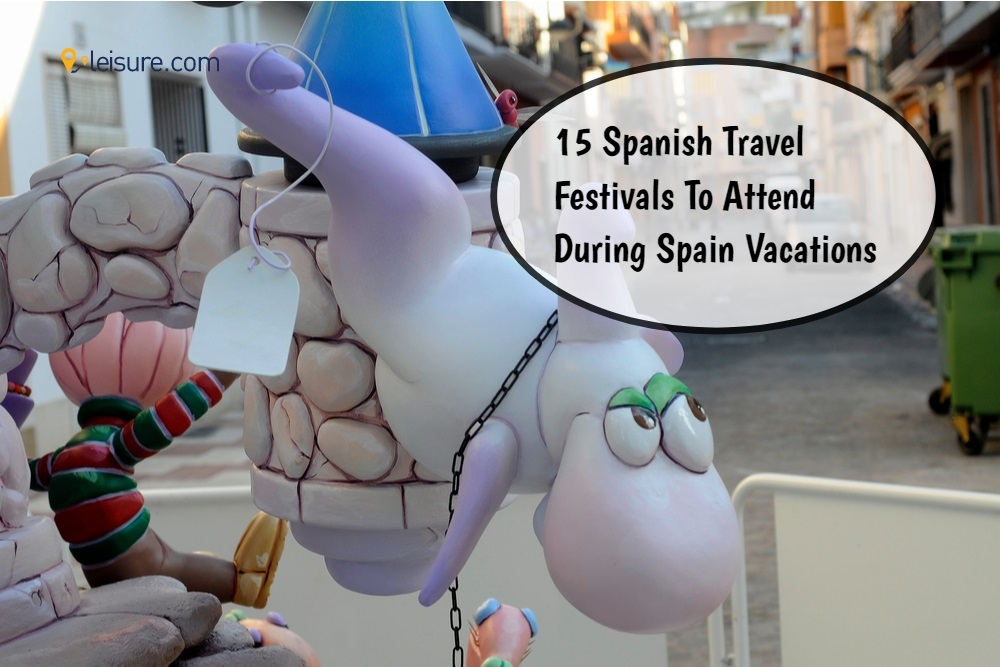 Spain is the land of the extraordinary. From a bustling culture that includes artistic beauty and creativity to having a rich history associated with the nation, Spain witnesses an overflow of festivals. Some well-known ones include La Tomatina, Haro Wine Fighting, The Bull racing festival, etc. If you are planning a very Spanish vacation, what’s better than to stop by and view some of these magnificent fiestas. The travel festivals to see during Spain vacations are: 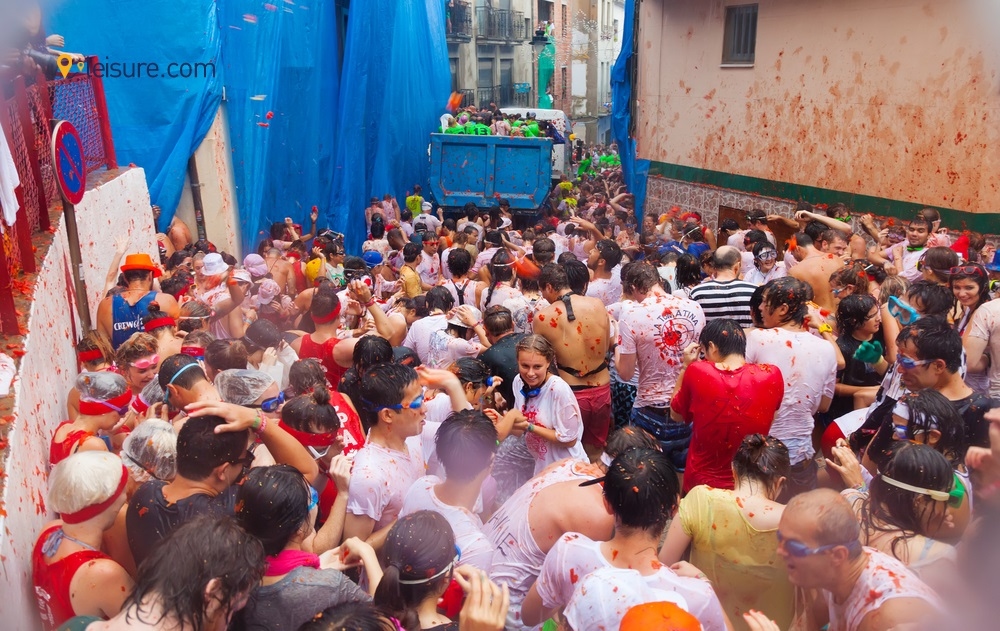 Travelers worldwide visit the beautiful town of Bunol, Valencia, on the last Wednesday of August. Tons of overripe tomatoes are dumped in the streets for the participants to throw at each other. One rule of La Tomatina is that the tomatoes need to be squashed before being thrown at people. There are no winners at the festival, just a few people coming around to have some fun!

This is one of the fun times to plan Spain vacations. 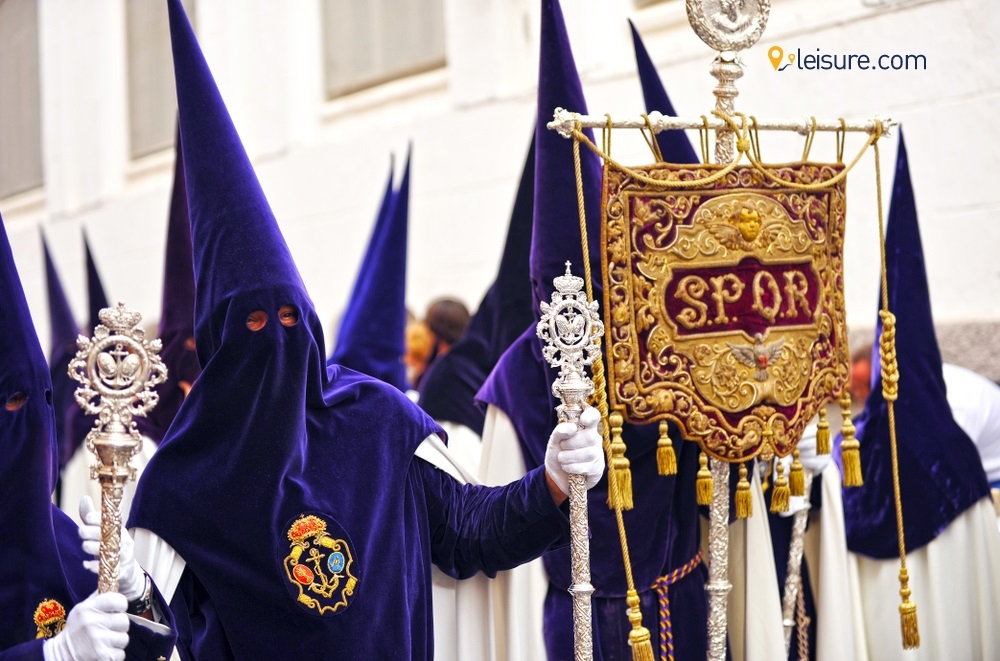 Taking place during Easter time, it is one of many religious travel festivals. Even if you are not the religious type, try to plan one of your Spain vacations around The Holy Week. It is mind-blowing to see people holding the statue of church patrons as they march down the streets. The week is celebrated widely in Spain, and many families bring snacks and chairs to sit by. And to watch the crowds go ahead. 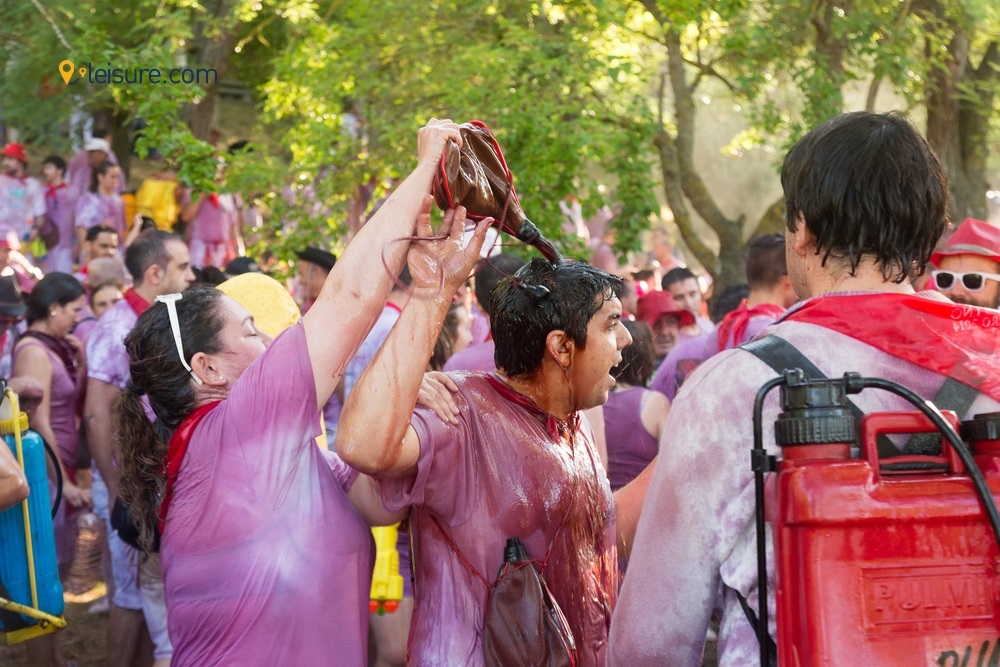 Spain’s got an extraordinary amount of festivals. True to the European tradition of celebrating everything, there is the wine fighting fest. Another of the world’s top festivals is held in the village of Haro during the last week of June every year.

Wine is fermented in the Rioja region, and the festival is to honor the wine production every St. Peter’s Day. Apart from fighting with wine, if any of your Spain vacations include wine tasting, Haro is a must-visit. They have some of the finest and superior wines that every wine lover cannot resist. 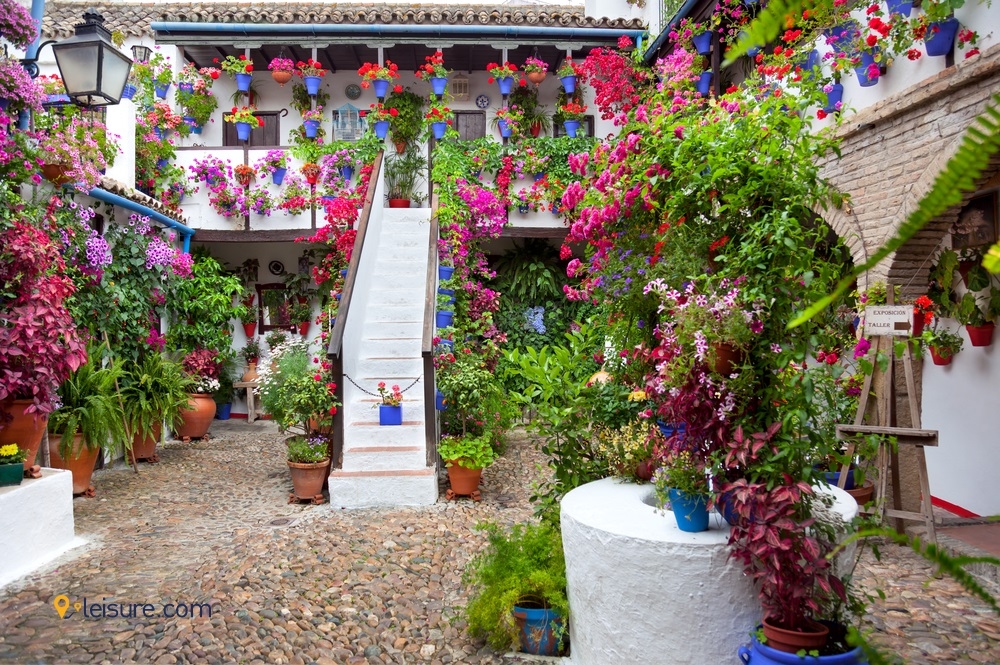 This is one of the unique travel festivals. In the first week of May, residents of Cordoba decorate their patios with an assortment of flowers, shrubs, and vines. These are open for public viewing, and for all the plant lovers out there, this festival is a must-see. While the festival revolves around the decoration of patios, the greenery overwhelming the surrounding steals the show.

5. San Fermin Fiesta of Pamplona or the Bull Racing 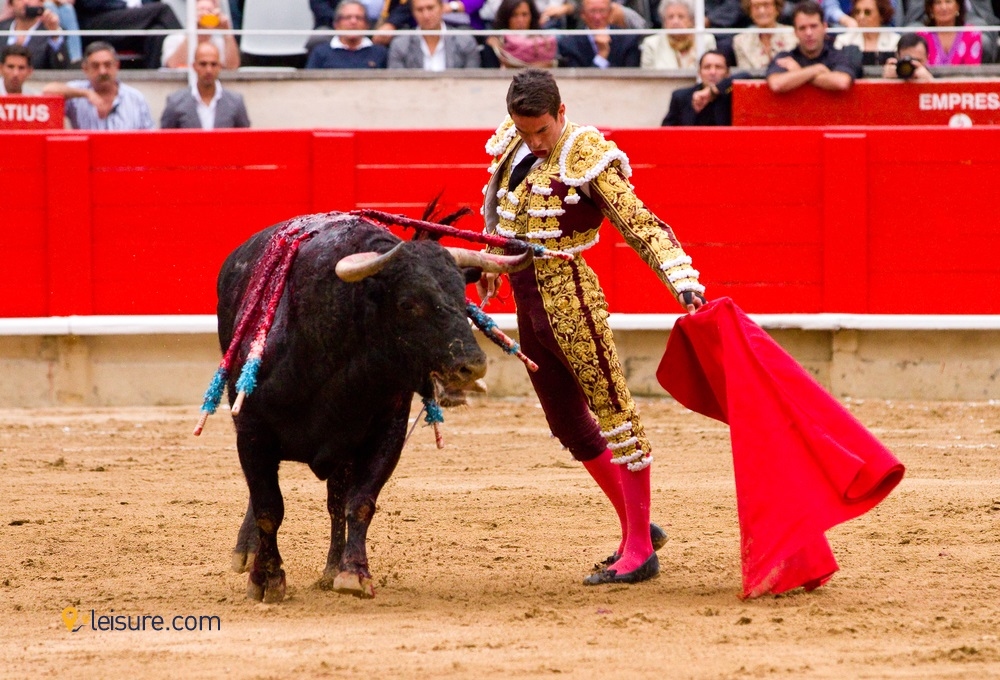 In the starting month of July, the town of Pamplona prepares for the Bull racing festivals. It is yet again another of the world’s famous travel festivals. Starting with a firework named ‘Chupinazo,’ travelers seek thrill in being chased by angry bulls. The race goes throughout the town, beginning from Plaza Santo Domingo. If you aren’t into pursuing the high from the danger, then you can be a participant as other competitors run in the old streets.

Being most famous after La Tomatina, Boloencierro is one of the world’s renowned travel festivals. It is quite like the San Fermin Fiestas of Pamplona but with a modern twist. Instead of running with the bulls, you will be running in front of a giant 150 kgs ball with a diameter of 3 meters. Children too can participate in a safer version of this festival which involves more petite balls. Held in Mataelpino, Madrid, this can be of your celebrations to see while on Spain vacations. It is generally held in mid-June every year. 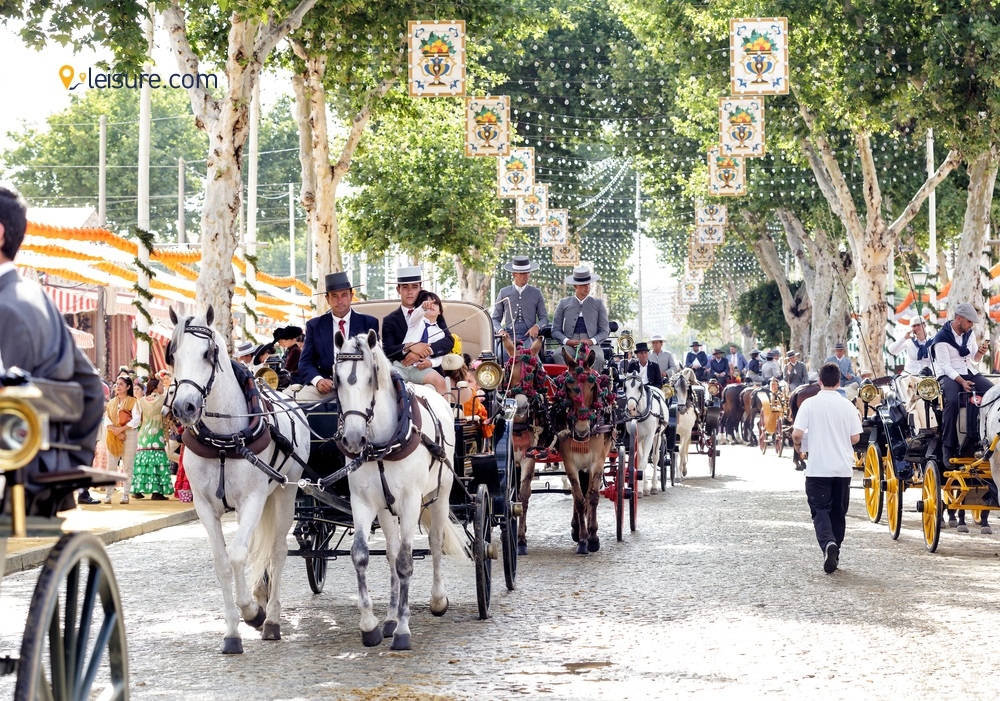 One of the essential travel festivals held in Spain during April, the Seville April Fair or La Feria de Abril, is organized each year in Seville’s capital city, Andalucía. The festival is scheduled during the Easter season and starts at midnight.

It begins two weeks after the Holy Week, or the Semana Santa. It lasts an entire week and ends with a magnificent fireworks show! The girls in Seville dress up in colorful Flamenco dresses as they brighten up the streets during the festival time. This is a highlight for several towns nearby as well as a delight to witness for global travelers.

8. The August Fair in Malaga 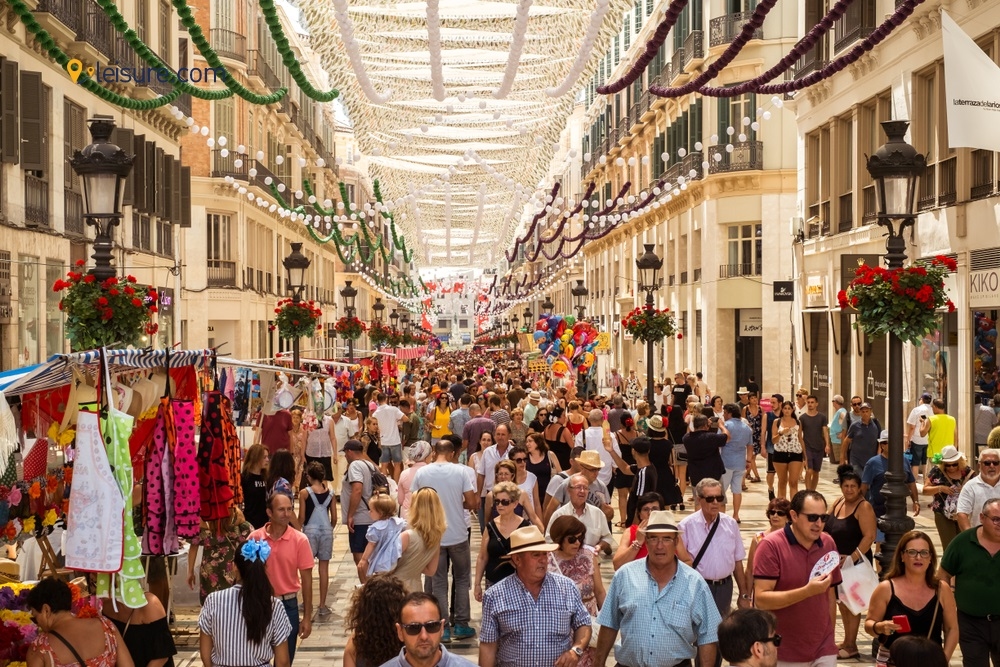 Another fair of great importance, the August Fair in Malaga, is a must-visit of all travel festivals when opting for Spain vacations. The week-long event is filled with activities, dance, music, and other cultural festivities. Traditional dances are performed in the streets, and the musicians swarm them as well. Food stalls to try local delicacies are set up, and the day fair is a wondrous sight for the eyes. Held in Costa del Sol, the August fair also has a night fair known as the Feria de Noche. 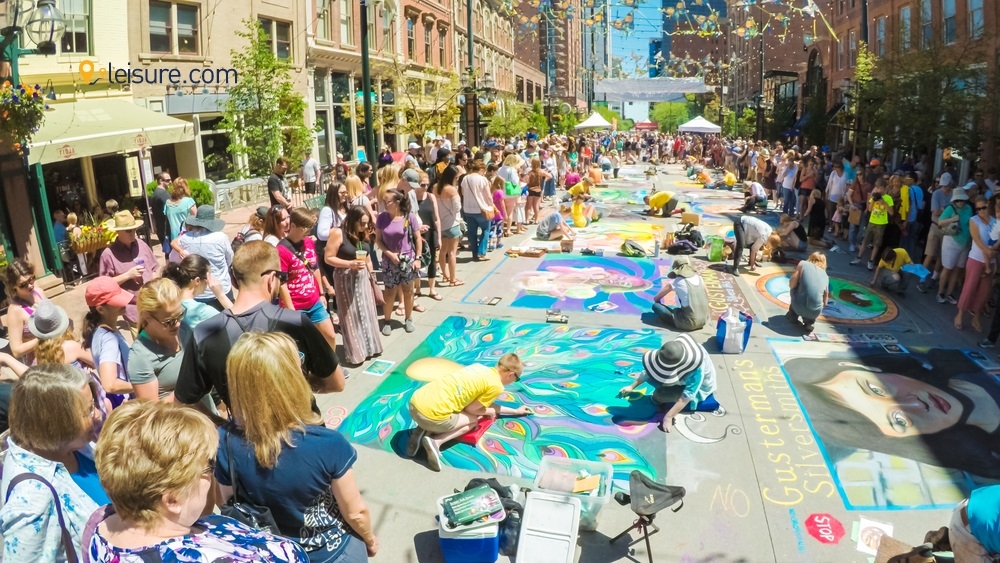 Are you looking for travel festivals that involve food and art? Go no further!

In the city of Ibiza, Spain, is the Amorevore Food & Arts Festival. The festival sees world-renowned chefs visiting the city and presenting their culinary skills to the people. The festival showcase the beauty of art, food, and life. This festival even tackles issues of global food supply and other ecology issues.

Additionally, artists, musicians, singers, dancers, painters all visit the Amorevore Food and Arts Festival to display their talents to a broad audience. This leaves behind no form of art underappreciated.  Organized during the last week of October, add this to your list of places to visit during Spain vacations. 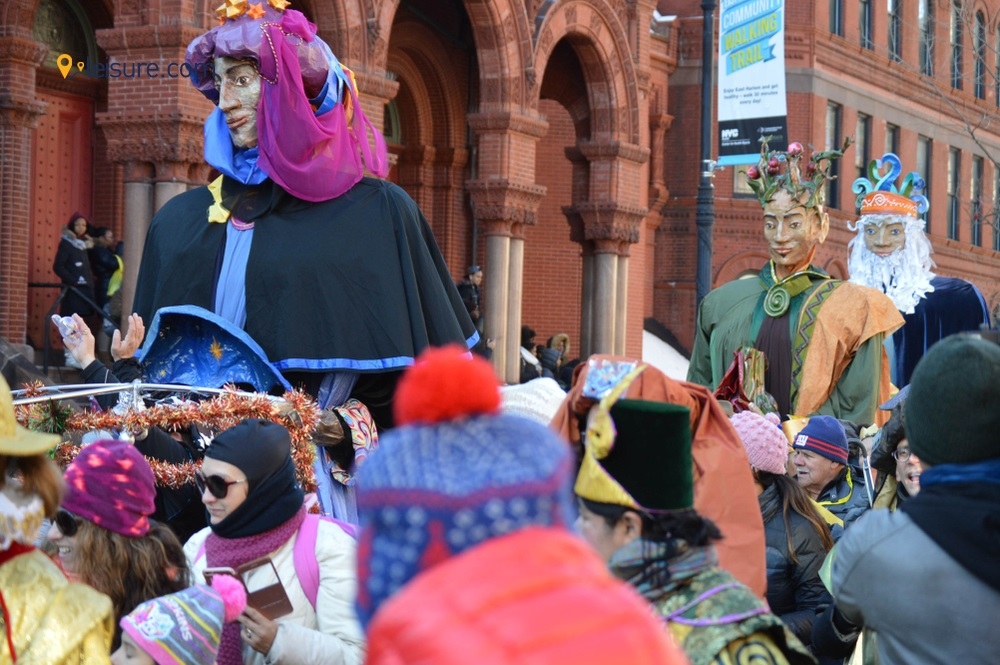 Organized between January 5th and 6th, Three Kings Day is a national holiday and famous travel festival. Children in Spain much love it.

The reason behind it is that the community takes to the streets, and candies are thrown towards children from floats. Even the old can participate in picking up the sweets! The main float that has the three kings in it is decked with gifts that are thrown to children. On the evening of the 6th, colorful festivities take over the streets where local performers charm the participants’ hearts. 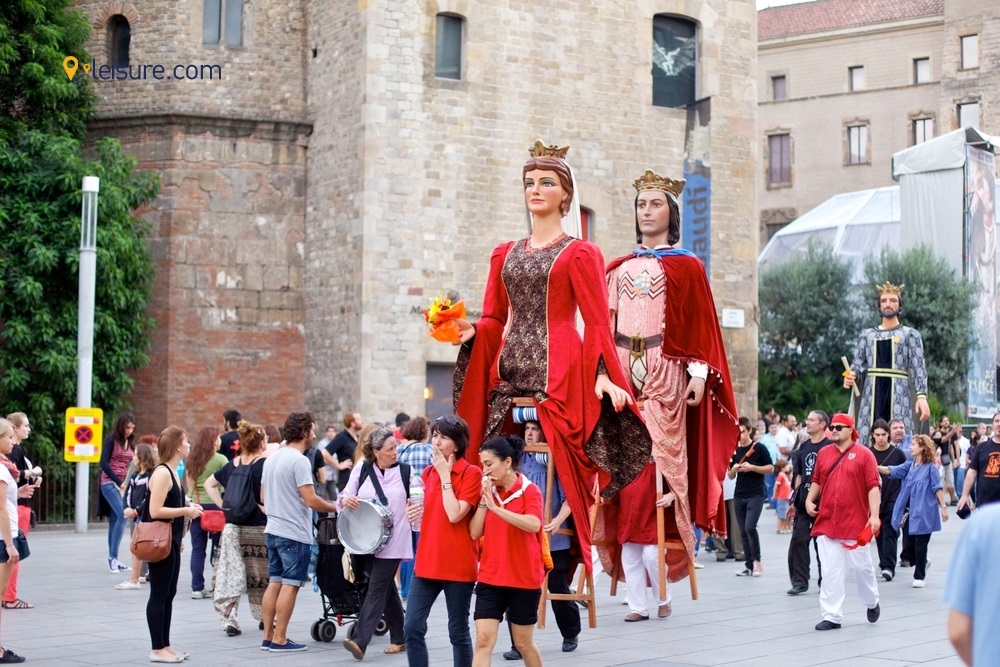 Considered one of the musical as well as travel festivals, La Merce is organized in Barcelona. There are live concerts, firework shows, parades, and, interestingly enough, human towers!

More than 500 activities are organized throughout the festival season, including arts, acrobatics, music, dance, etc. This festival is the Spanish way of welcoming the autumn season in Barcelona. 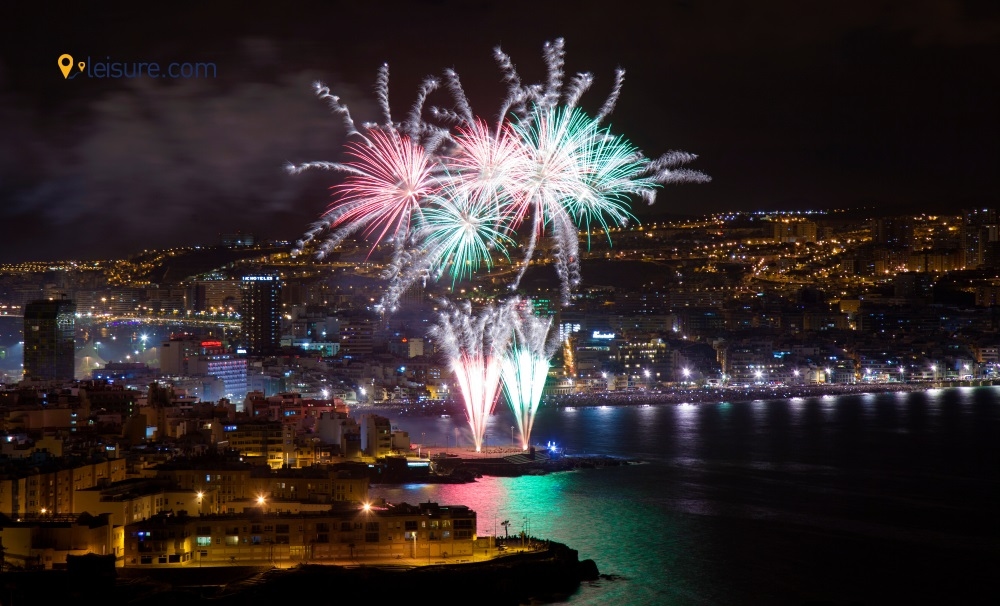 If you have been scouring this list for travel festivals for partying, you have arrived at your destination! The annual celebration of La Noche de San Juan is just about that.

Around the 23rd of June of every year in Andalucía, music and dance forms are celebrated. Adults and children participate by the side of bonfires and enjoy the Summer Solstice night to the fullest. This is a pagan festival that is well known around the world for its party atmosphere.

13. The Fallas of Valencia 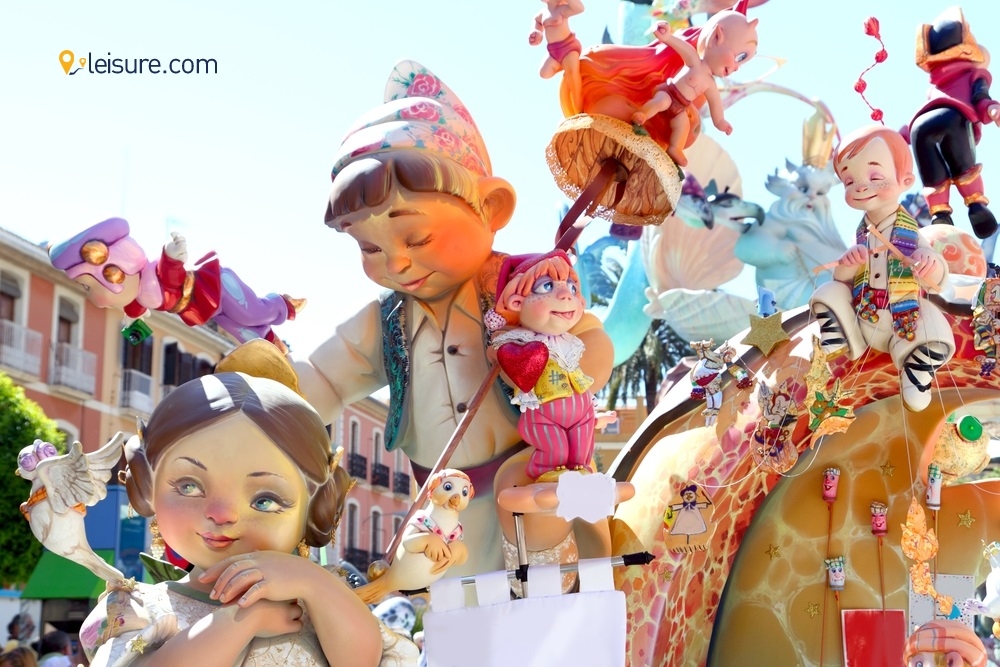 One of the most visually pleasing travel festivals, the Fallas of Valencia, sees the streets filled with Papier Mache figures displayed throughout the week. In the end, they are burned in one of the enormous bonfires you have ever seen. This is a must-add festival to your Spain vacation itinerary. 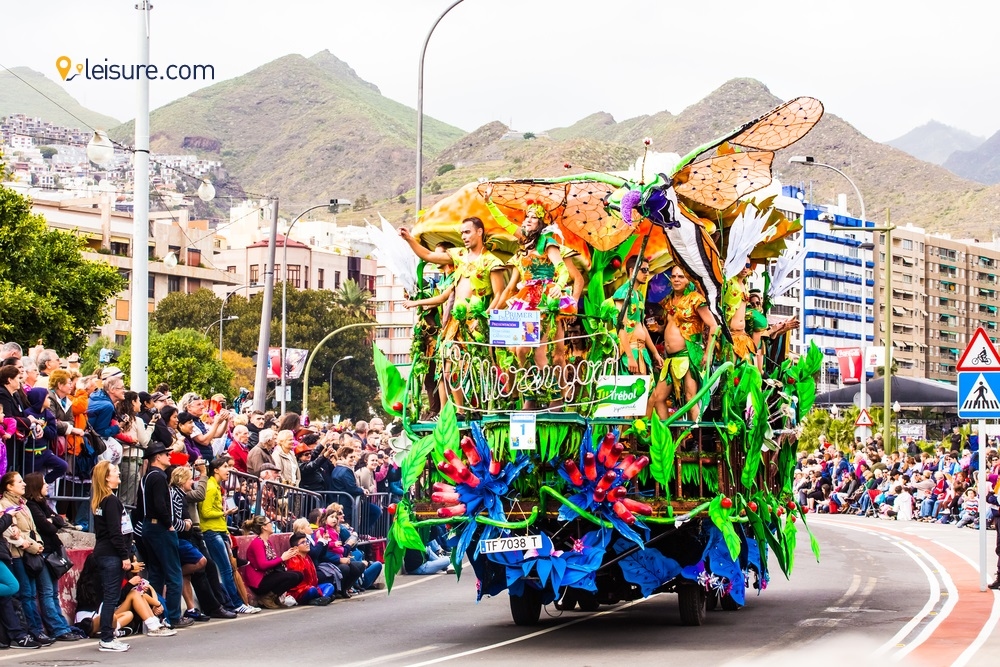 Held during February, this Carnival is one of the most colorful travel festivals to visit. Brazilian traditions have influenced it, and you can witness many floats and marches in the street.

The performers don costumes that are most impressive. Some of them even weigh more than 100 kgs. 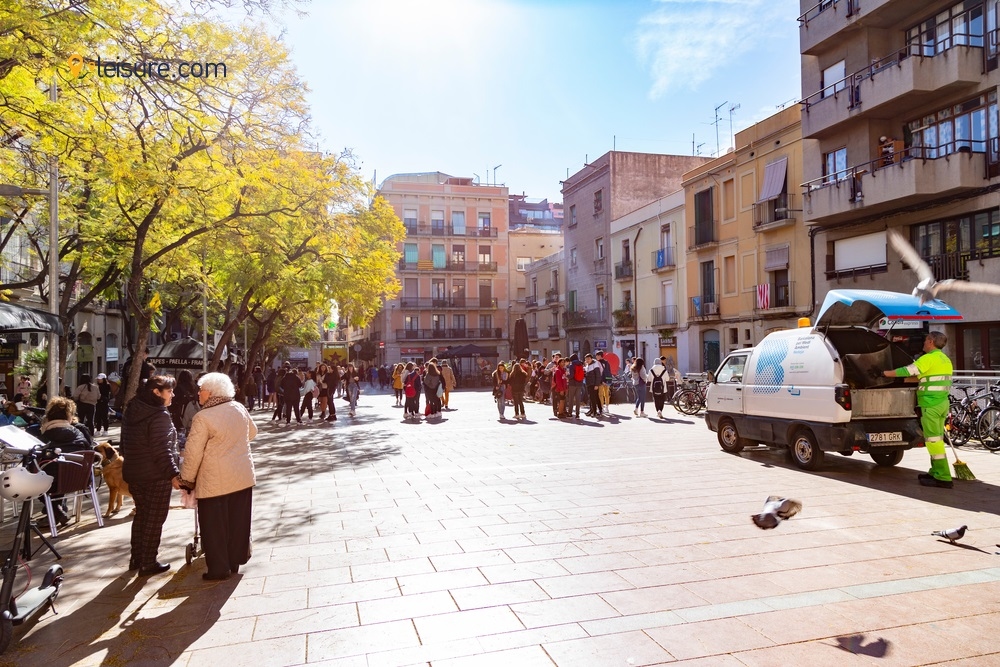 In August falls the Fiesta Mayor de Gracia of Barcelona. It is filled with art, decorations, color, and creativity. At this festival, every street competes to win the prize of the Best and Extravagant Décor award.

Every time you enter a new street, you practically enter a new world. During the competition, several street performances can charm any traveler's heart.