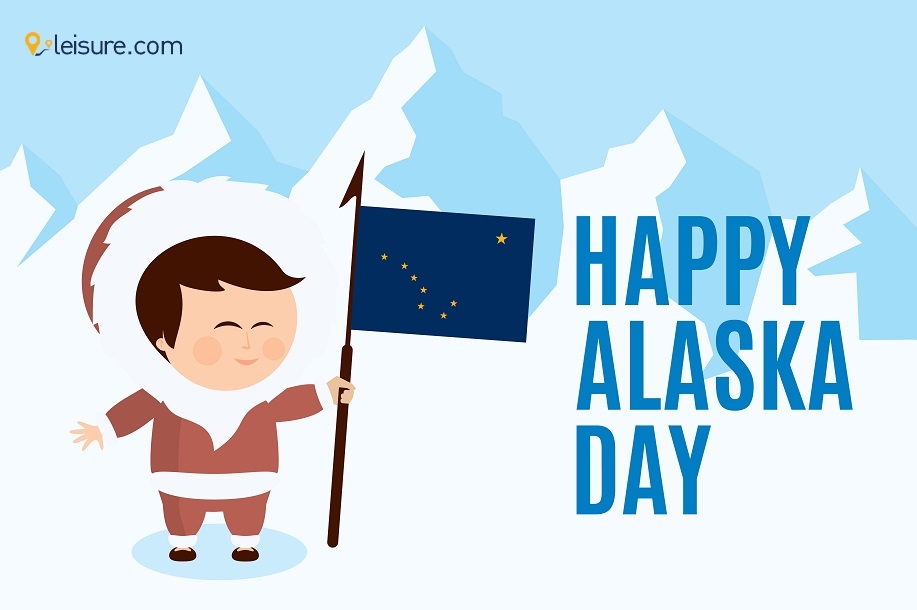 Alaska is standing atop multiple travelers’ bucket lists because even though it is a part of our nation, it still feels like a world apart, exotic land that is yet to be discovered. Indeed, this 49th state has plenty of untouched areas to explore. Whether you are visiting Alaska for the first time, as a part of your cruise journey, or renting an RV on an ultimate road trip, there are plenty of things that you can only enjoy in Alaska and not anywhere else.

You will still find the native communities living here in Alaska, adding their vividness to the landscape. At the same time, the wildlife here will offer you an opportunity to thrive in its natural beauty.

The exotic national treasure, Alaska, celebrates 62 years of statehood in 2021. The 49th state is more than just another state in the United States. It is one of the most beautiful places on this planet. Even though it’s a little remote, Alaska is surrounded by wilderness all around.

The state is well known for its definitive history and significance to the US. There are plenty of things you might not know about Alaska. Let’s start getting to know this beautiful state better as we come closer to celebrating Alaska Day in 2021.

When is Alaska Day?

Alaska Day is observed every year on October 18 across the state. 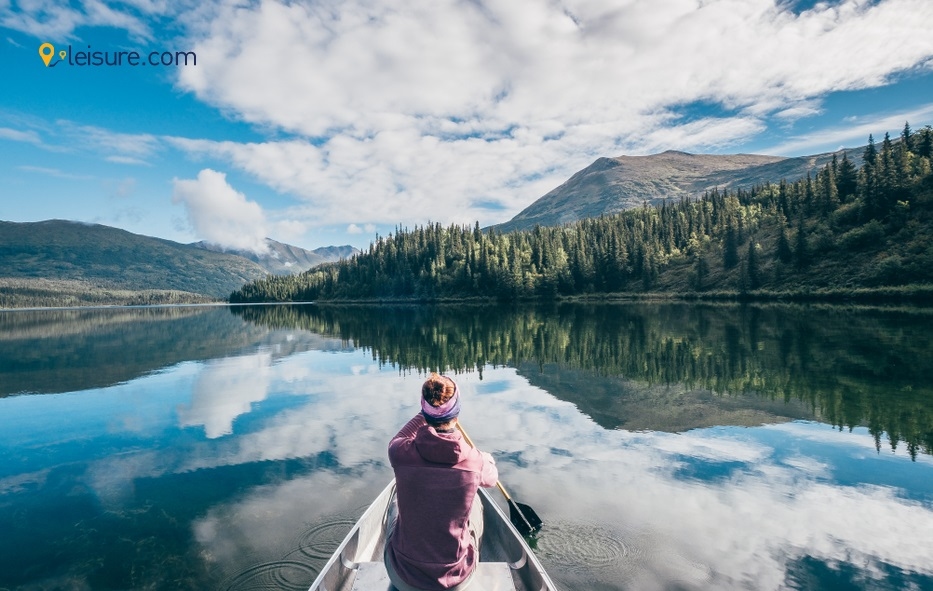 Alaska Day is observed on the anniversary of the formal transfer of the Alaskan territory from Russia to the United States of America. This transfer happened on October 18, 1867.

After having to suffer defeat in the Crimean War, Russia was on its knees, economically speaking. This led to Russia selling its territory, i.e., Alaska, to the US since it was expensive to maintain at the time. This helped Russians raise some funds.

On March 30, 1867, the Russian Empire signed a treaty with the then-United States’ Secretary of State, Willian H. Seward. The treaty clearly states that the United States has purchased Alaska for $7.2 million ($129 million in today’s currency rates). This worked out to be roughly 10 cents per square mile at that time, and in today’s time, it works out to be under $2 per square mile.

On October 18, 1867, the Russian Empire lowered its flags in the state. The United States raised their flags for the first time in Alaska, marking the formal transfer of the territory.

The ratification of the purchase of the Alaskan territory was a complex process to get through the federal government. Alaska was regarded as a cold and barren region publicly. The public hung the title “Seward’s Folly” at the time. Despite all mockery, Seward viewed this as a unique opportunity to add 20% landmass to the nation. 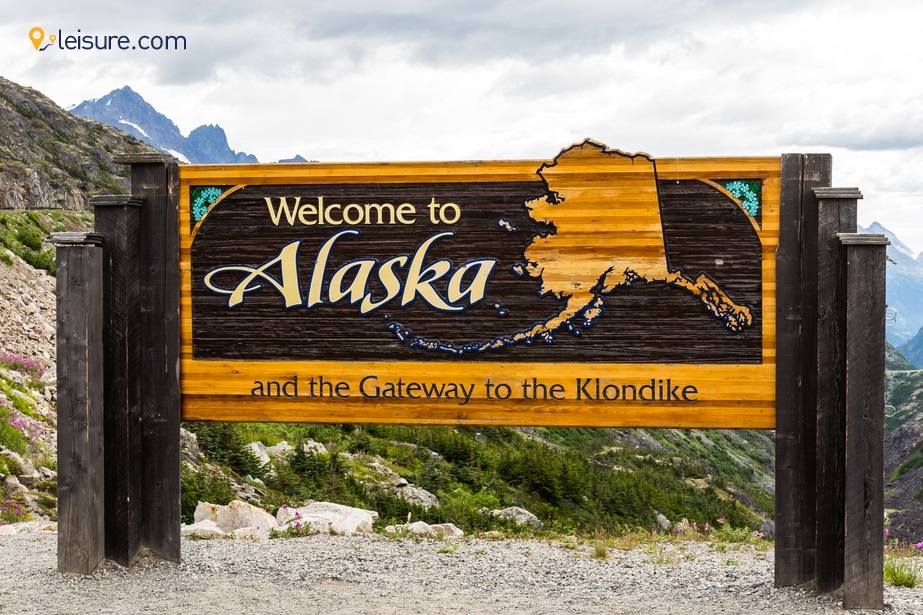 The Alaska Day festival is annually celebrated on October 18 in the city of Sitka, Alaska. This three-day festival usually involves a proclamation by the Mayor, a costume ball, and various events like dance performances, races, concerts, air-sea rescue demonstrations, army bands, open houses on board a naval vessel, and finally tea at the Pioneer’s Home.

On Alaska Day, various people involved with the armed forces also join in the celebrations to commemorate the event at the Sitka National Cemetery. There is also an unmissable parade going through the entire city’s business district.

School bands come along marching in a unit together to synchronized beats looked over by happy and cheerful spectators, some in enthralling costumes.

The re-enactment of the 1867 ceremony occurs on this day, involving the dramatic lowering of the Russian flag and raising the flag of the US atop Castle Hill, all to the tunes of ceremonial beats.

Alaska Day is an official holiday in the state of Alaska, so all the state government offices are closed. Along with these offices, the state library, schools, the Alaska court system, and various businesses are also closed. The employees in Alaska are entitled to take the day off during the events. And, when the holiday falls on a Sunday in October, Alaska Day is then celebrated on the following Monday, while if the day of observance falls on a Saturday, it is observed on the Friday before the same.

The name Alaska is derived from the Aleut word “Alyeska,” meaning “great land.” The state’s nickname is “the last frontier.” The state motto is “North to the Future.” It was chosen in 1967 during the Alaska Purchase Centennial and represented Alaska as a land of promise.

The State Seal of Alaska was designed in 1910, while Alaska was still a territory and not one of the States. The rays above the mountains in the seal represent the Northern Lights. The smelter is symbolic of the mining in Alaska. The train symbolizes Alaska’s railroad system and the ship on the seal denotes the means of transportation by sea. The tree is symbolic of the dense Alaskan forests, and the farmer and his horse, along with the three shocks of wheat, are suggestive of agriculture in the state. Fish and seagulls symbolize the significance of wildlife and fishing in the state and to its economy.

The State Flag of Alaska features a blue field representing the sky and the state’s very own flower, “forget me not.” The north star on the flag is symbolic of the future of the state. The dipper signifies the great bear, which is symbolic of strength.

The Alaska State Flag was designed in 1926 by a 13-year-old Native American, Bennie Benson, from Cognac.

State Flower - Forget Me Not 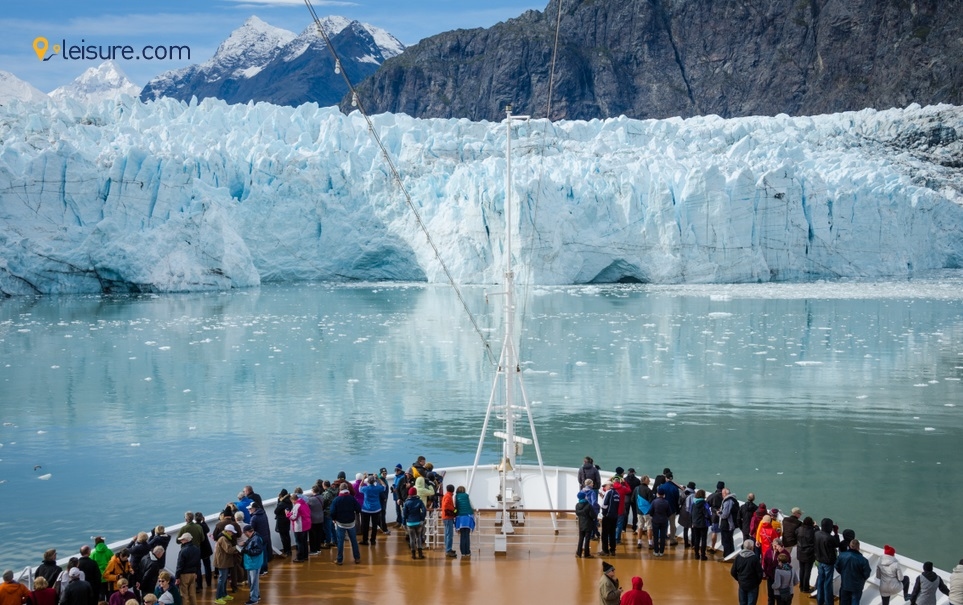 Alaska was chartered in 1741 by Westerners

Led by the Danish explorer Vitus Bering, a Russian expedition chartered Alaska back in 1741. Alaskan natives have lived here since before recorded history. It is said some Alaskan natives date back to 15,000 years before any westerner set foot here in the region. Russian hunters started their fur trade in Russia, brushing aside these natives as they began trapping enough to ensure their long voyages were viable in economic terms.

Sitka was the capital city of Russian America.

Sitka was the capital until 1906

Sitka remained the capital city of Alaska till 1906. The decline in the economic activity in Sitka back then ordained the capital to be moved to Juneau, which was also the largest city in Alaska at the time.

Less than a year after Alaska came to be known as the 49th State, Gov. William Egan proclaimed October 18th to be Alaska Day from then on. Alaskans were urged to celebrate the day with passion and enthusiasm. Sitka celebrates Alaska Day with a traditional commemoration of handing over the status of being the capital state to Juneau. The Alaska State Museum also rejoices in multiple activities every year.

2. The state’s nickname is “The Last Frontier.” The state’s motto is “North to the future,” which refers to the state being the land of promises.

3. Alaska is the 49th US State, gaining statehood in 1959 under the leadership of President Dwight Eisenhower.

6. Alaska is covered with over 100,000 glaciers. They cover approximately 5% of the land. The Bering Glacier complex is the largest and longer glacier in North America.

7. Alaska is the largest state in the union. It is almost one-fifth of the entire country and twice the size of Texas.

8. You can view the Northern Lights in Fairbanks almost 243 days a year.

9. Juneau is not connected by road to the rest of the state. It is the only capital city in the country that is only accessible by plane or by boat. Juneau is also the largest, covering approximately 3,108 square miles.

10. Lake Hood in Anchorage is the largest and busiest seaplane base. A busy summer day sees over 800 take-offs and landings.

11. Kenai River in Alaska is the place where the most significant salmon was caught. The fish weighed in at 97.5 lbs.

13. Barrow in Alaska sees the longest and the shortest days. When the sun rises on May 10th, it does not set for almost the next three months. When it sets on November 18th, the sun is not seen again for the next two months.

14. It is illegal to whisper in someone’s ear in Alaska while they are moose hunting.

15. The lowest recorded temperature in Alaska was marked at -80 degrees Fahrenheit at Prospect Creek Camp in 1971.

17. Alaska has a more extensive coastline than the rest of the United States combined. The Alaskan coastline runs for over 34,000 miles.

18. Dog mushing is a state sport in Alaska. It was also one of the main transportation modes earlier. Even today, thousands here enjoy Iditarod dog sledding races in significant sporting events.

19. Alaska has a population of approximately 700,000 people. The majority of people in the state live in the south-central parts.

21. Alaska is located along the Pacific Ring of Fire. This means earthquakes happen in the state regularly. Three of the ten strongest earthquakes ever recorded in the world occurred in Alaska.

So, there you go!

This article was a history lesson, talking about how Alaska was formed and how it came to be what it is today. There is nothing better than vacationing in Alaska, visiting the beautiful land on a cruise to Alaska. Do check out Alaska cruise deals while you reminisce about Alaskan history on Alaska Day on October 18th!

Happy vacation to you.