Best Way to Travel Europe as a Couple: Discover The Charm of Ukraine With Your Partner 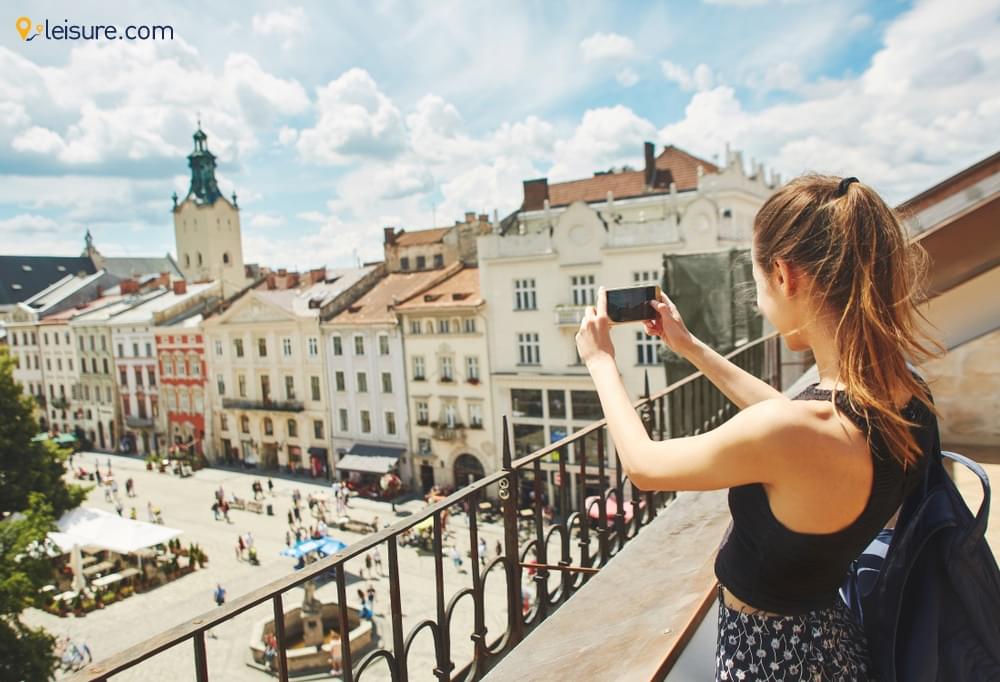 There are so many reasons to visit Ukraine, from beautiful architecture to fascinating history and lively atmosphere and each of them is already a good excuse to plan a trip to the country with your other half. Our 9-days Ukraine tour itinerary includes everything you would like to explore with your partner and is the best way to travel Europe as a couple.

(Day 5): An Exploration Tour of Lviv

(Day 8): Returning Back to Kiev

Upon arrival at Kiev International airport, fetch your baggage, clear immigration process and proceed to arrival lounge, your private guide will be waiting with the placard in your name. Thereafter, you’ll be transferred to your centrally located hotel.

Have the first glimpse of the beautiful Kiev, as you pass through the St. Sophia Cathedral, the National Opera, the medieval gateway to Kiev Golden Gates, the National University of Taras Shevchenko etc. Having survived the Mongol Empire, Chernobyl, WWII, and Soviet rule, Kiev is the proud capital of the country. Packed with theaters, religious sites, museums, modern buildings and medieval ruins, the city of Kiev is truly the center of Ukrainian culture.

On reaching, check in at your luxurious hotel and relax for sometime. In the evening, discover the pleasant taste of Ukranian Cuisine with dinner at a local restaurant. You’ll be staying overnight at Kiev.

Ancient history, religion, and art are going to be the essence of today’s tour. Head out to Kiev Pechersk Lavra, the paramount center of Orthodox Christianity. Visit Saint Sophia Cathedral, the landmark of Kievan Rus period, which is a UNESCO World Heritage-listed Site. Make your way to Vydubychi Monastery, a notable site for Christianization of Kiev and St. Volodymyr’s Cathedral known for its mural-painting will expand your vision of Orthodox culture.

Later in the evening, explore the fashion trend of Kiev, a fascinating combination of the world’s best imitations and Kiev’s very own contemporary designs. Check-out the showrooms of local brands of the country and also of modern Kiev Art.

Kiev’s skyline is adorned with landmarks, which are deeply influenced by the Soviet style of architecture, submerged into Soviet history through the landmarks of that period. Start your journey with RodinaMat’, a city’s defender and the most renowned building of Brezhnev’s time. Visit the Exhibition of Achievements of Ukrainian SSR, discover the neo-classical style of Verkhovna Rada introduced by Stalinkaor Khrushchevkais, and other iconic sights. Later in the evening, sample a variety of local Ukrainian drinks including Horilka, Okovyta, Percivka, Anise etc. Various types of Nalivkaor Nastoianka, fruit and herbs flavored drinks have become famous since the 17th century and are still in trend.

Today, after breakfast, check out of your hotel in Kiev and transfer to the Kviv railway station to board a high-speed train to Lviv, situated at the heart of western Ukraine. Upon arrival, you’ll meet your private guide who’ll transfer you to the hotel. After check-in, you can relax for some time into the comforts of your room and get acquainted with the vibe of the city.

If you’ve already spent time in other Ukrainian regions, Lviv will definitely come as a shock to you. Mysterious and architecturally wonderful, this UNESCO-listed city is Ukraine’s least Soviet and emanates the same authentic Central European glamour as pre-tourism Prague or Krakow once did. Its charming cobbles,  rattling trams, and bean-perfumed coffeehouses are a continent away from the Soviet brutalism of the east. Lviv is also a place where Russian is definitely a minority language and the candle of Ukrainian national identity burns brightest.

Day 5: An Exploration Tour of Lviv

Today morning, you’ll proceed for an introductory tour of Lviv. The traditional walk around Rynok Square and its neighboring streets can fascinate even those guests, who have already been to the city before. Visit the Armenian, the Ruthenian, and the Roman Catholic churches, the Boimchapel, and the Ruthenian Jewish parts of Lviv.

During the night in Lviv, the town’s dark secrets start to hide in the city’s dark corners, the night burgomaster, Mr. Shliussel comes out with his loyal assistants. Unexpected meetings, uncanny legends, ghosts, and secret rituals – all of this awaits you during your night Lviv tour.

This morning, you’ll head out for full day tour to the castles of Lviv region. Their wonderful architecture, mystical history, and picturesque landscape have always drawn tourists from all around the world. The route known as "Golden Horseshoe of Lviv region" was created in order to popularize the castle legacy of Galicia.

Return back to your hotel for overnight stay at Lviv.

After breakfast, get ready to explore the best highlights of the city. Climb on the roofs with breathtaking panoramas and tales that will excite your imagination! During the romantic tour, head out to the popular landmarks included in UNESCO’s World Heritage List such as the Boim Chapel, the Armenian Church, and the Roman Catholic Cathedral. Wander through the quarters of the ancient city and make a visit to the Lviv Opera and Ballet Theater. Get a chance to sample various types of Lviv chocolates in a real chocolate factory, or in one of the city’s cozy confectioneries.

Return back to the hotel for overnight stay at Lviv.

Day 8: Returning Back to Kiev

Today morning, after breakfast, check out at the hotel and transfer to the Lviv railway station to board the high-speed train back to Kiev, at the heart of western Ukraine. Upon arrival, your private guide will transfer you to the hotel for check-in. Stay overnight today at the hotel in Kiev.

Before your final departure, head out for a self-guided tour of the hidden sites of Kiev, the places of modern history and art. Explore Kiev mural art, a post-revolutionary movement and an expression of modern society realized by Ukrainian, Spanish, British, Australian artists. Make your way to Kiev Fashion Park at Peizazhna Alley, discover some undisclosed courtyards famous for their secret art and stories.

Later, transfer to the international airport for onward flight back home. 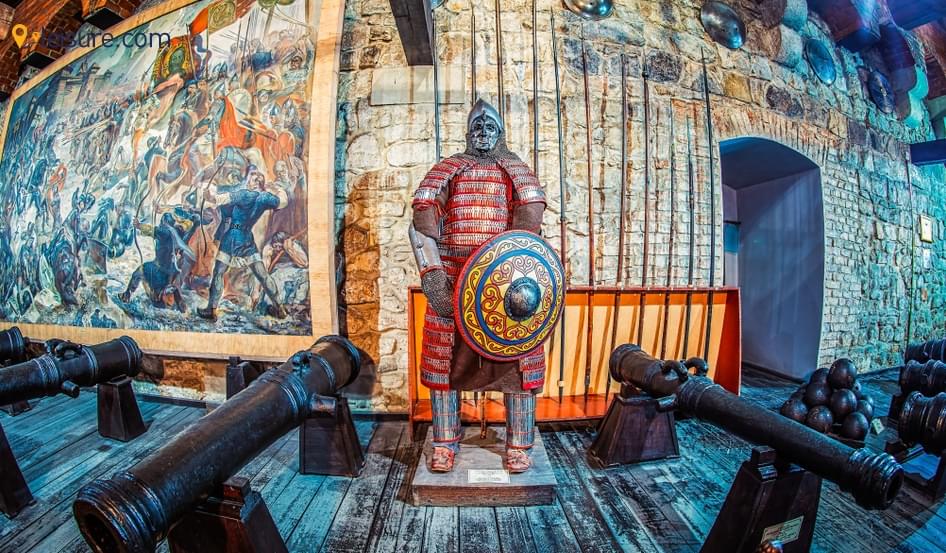 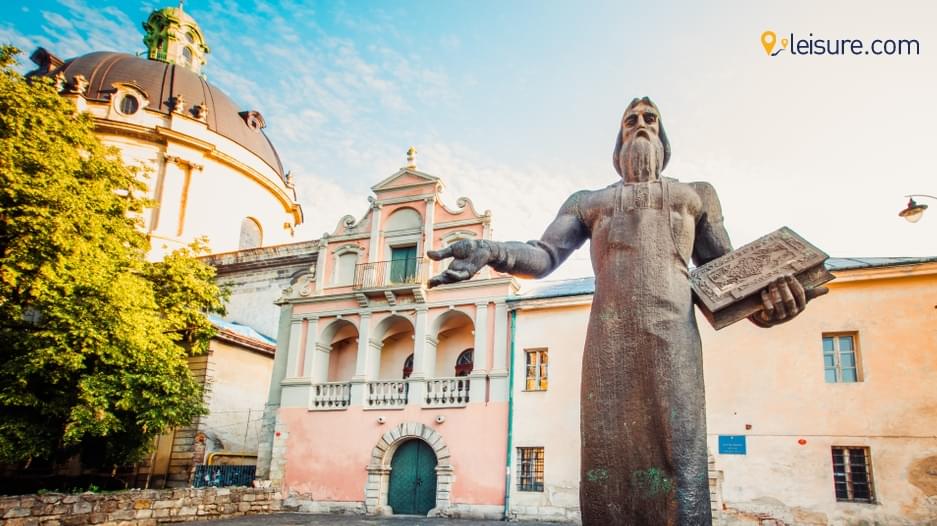 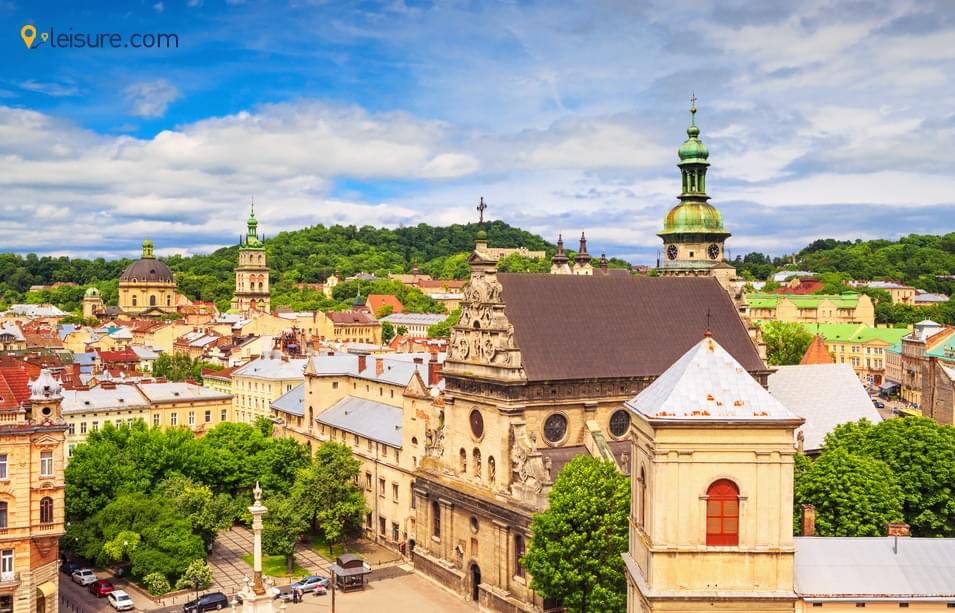 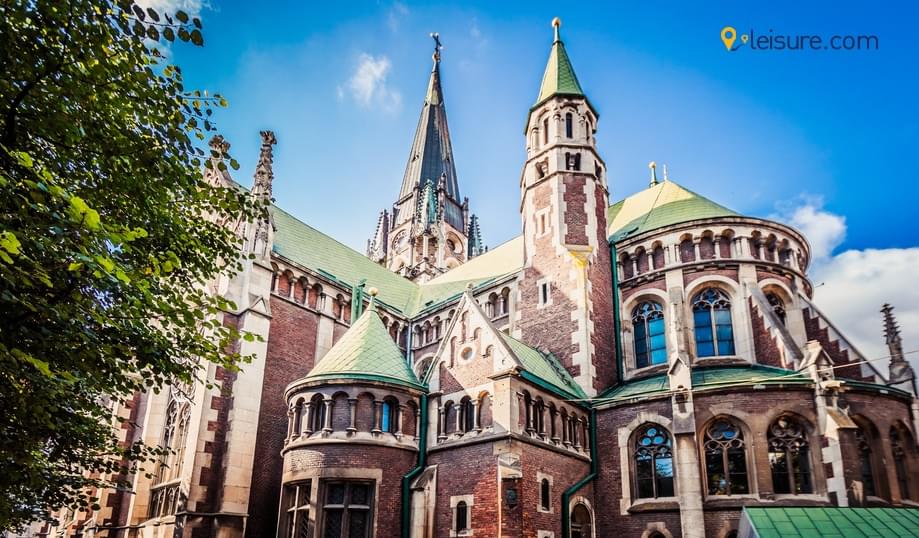