Unsolved Mysteries of Bermuda Triangle That Will Shock You 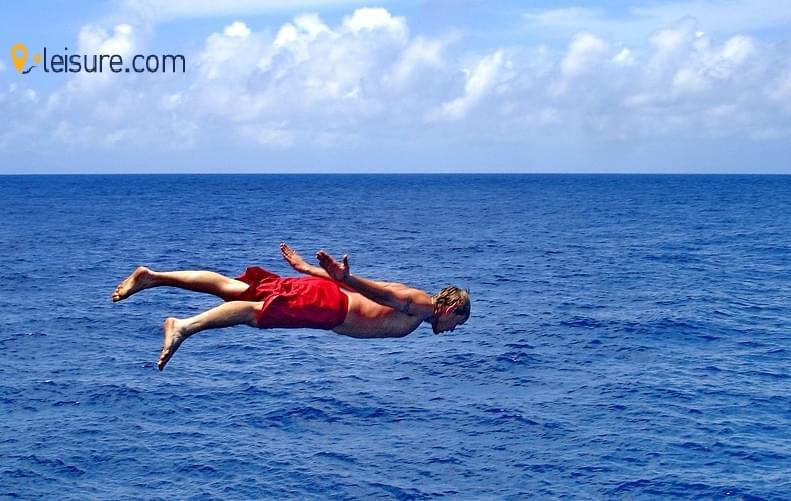 Bermuda has been the center point of discussion of many scientists. Since years it has been raising curiosity amongst many travelers and adventure lovers. It is a full house of mysteries. It is an island space that has its own share of history and has been the talk of the world for years. The strange happenings have taken place and the world is yet to know the reasons behind it. The Bermuda triangle has raised many questions and has solved only a few. The scientist has justified the happening and mysteries in a very bizarre manner. Even science has not been able to explain all the mysteries that revolve around it. A list has been curated of the Unsolved Mysteries which even science is unable to answer.

Since 1900 the Bermuda triangle has claimed around 9000 lives. It is a very serious mystery because it's not about losing one or two people but an entire flight and ships that have been sailing through it. The way people and things get lost in the haunted Bermuda Triangle it raises many questions. The strange space between the Bermuda triangle has claimed so many lives that you are not even recorded. The traces of losing life goes back to the 1900s.

Mary Celeste was a ship that was bound to sail through Italy. It started its journey from the Atlantic Ocean and had to pass through the Bermuda Triangle. One month after the sale took place the ship was found abandoned in the ocean. The ship was completely empty and had 6 months of food stored in it. Also, there was only one lifeboat that was missing. The way the entire passengers and crew vanished and how only the remains of the abundant ship was left is still a mystery to many. Nobody has been able to solve why and where the passengers went.

If facts are to be believed the Bermuda triangle has swallowed at least 50 ships in it. Not just the ships but at least 20 airplanes have been missing who flew over the Bermuda Triangle. The triangle is famous when it comes to its mysterious appeal. It has been capturing the world's attention for decades. The only reason it is is grabbing the attention is not because of its beauty but the life-threatening fact attached to it. We don't even know how many lives it has taken as of now. However, if reports are to be believed every ship that sails through it or every plane that flies over it when is in the air. There are few planes and ships that are still missing and there remains are yet to be found.

A very famous story attached to the triangle is one of the Ellen Austin. It is believed that in 1881 The Ellen Austin was sailing in the Bermuda Triangle and came across a Ghost Ship. When he approached near there was no one on the ship and it was. It is believed that it was a Ghost Ship as when he tried taking it back to the Shore it completely vanished. The ship was continuously going back to the sea and eventually got lost. It is one of the secrets of the triangle that it refuses to let go of the derelict ships it has.

The USA cyclops was the fastest fuel ship of the US Navy. Not just the fastest but it was the largest too. It was considered to be one of the assets for the US Navy. Even this ship couldn't let go from the depth of the Bermuda Triangle. The ship sailed across the waters in The Good sailing weather but it disappeared in thin air. It seemed as if a magician was showing his magic of disappearing the things. Not even a single trace was ever found of this ship and along with it a crew of 309 members vanished.

The witchcraft vessel was a Cruiser which left the port of Miami along with two men. It was just a mile away from the Offshore when The coast guards received an emergency call. The coast guard received a call that the witchcraft had hit something but there was no sign of damage on it. However, when the coast Guards arrived mapping the coordinates of the boat it was not there. It was quite creepy to know because a few minutes back there was evidence of this boat along with its coordinates but within a few minutes, it vanishes like anything. It is believed that even today no one has been able to trace any evidence of this ship being present.

The Carroll A. Deering

One of the most mysterious disappearances is of the Carroll A. Deering. It has gathered the attention of many scientists for decades. In the year 1921, the ship was found on the offshores of North Carolina. When the policemen were investigating it they found that the entire crew along with the navigation system and each and every personal belonging was missing. The only thing that was found was the body of the ship. The entire Carol was found abundant. It's very strange because even the navigational equipment was not left.

The year 1945 marked the most mysterious happening over the Bermuda Triangle. Everybody knows about flight 19 which still books away from the people. Five Navy planes who were flying over the Bermuda Triangle disappeared together. The last message which was found in the black box of flight 19 was a message from the pilot that they are facing some compass failure and even the oceans were looking quite streams to them. It is believed that the Bermuda Triangle has such high magnetism that even the campus mechanism fails there. It seems as if it's a black hole that attracts everything that goes over it.

If you love mysteries and spooky things then there are many travel destinations you can visit. The most famous is Ireland. If you read Haunted Place One Needs To Visit On Ireland Vacation you can know more about them and can plan your vacations better. 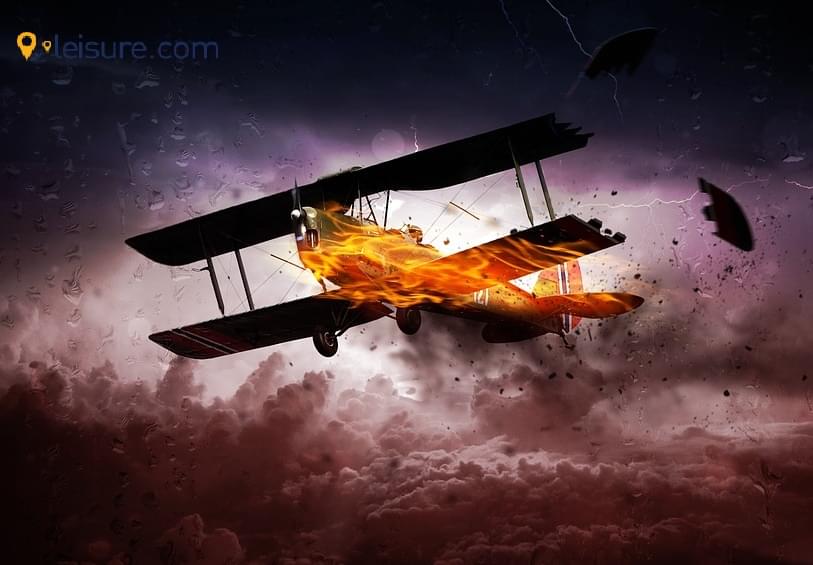 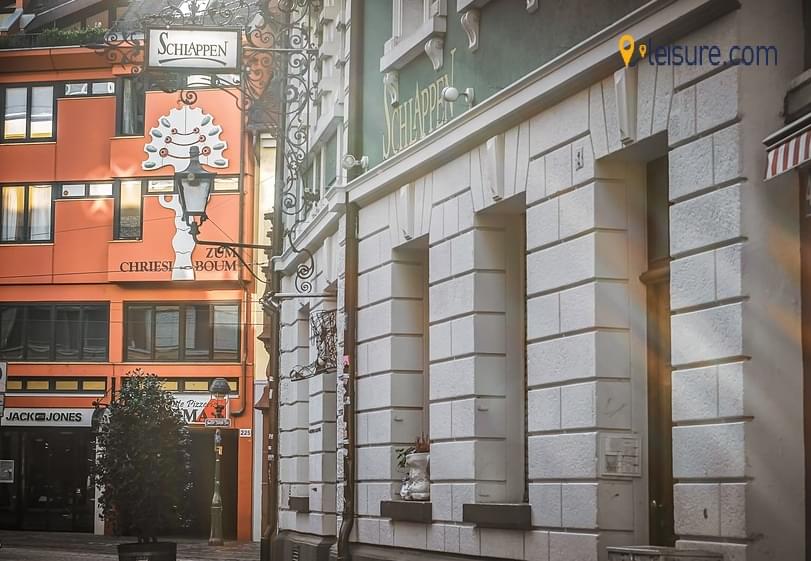 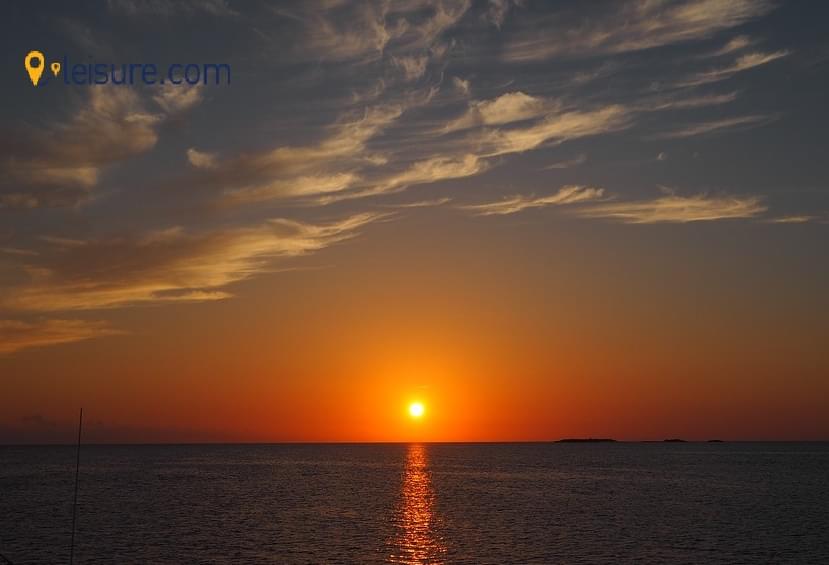