7 Richest Cities in Africa For A Fun Vacation 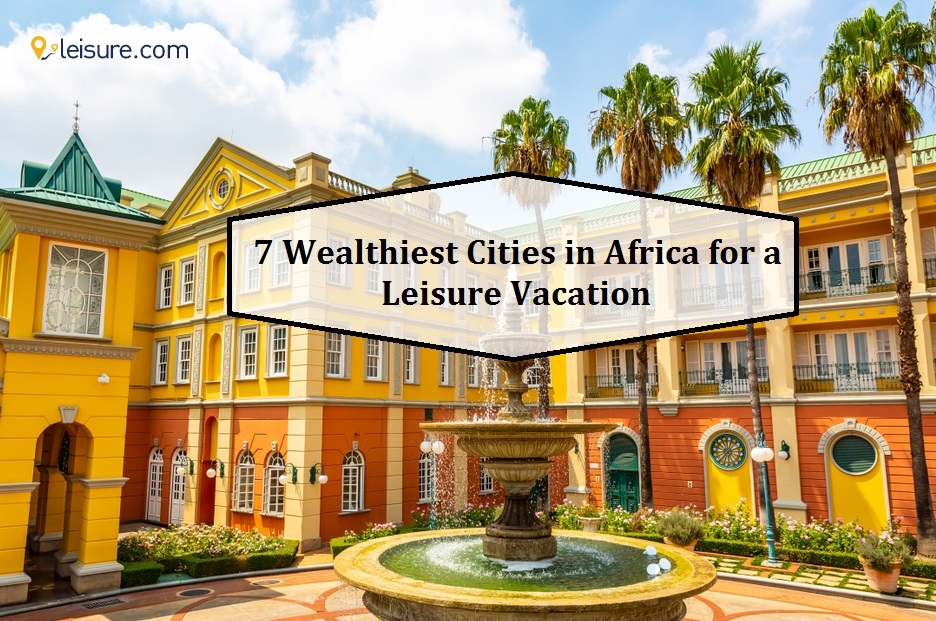 According to the latest findings, Johannesburg is on top of the list of the richest cities in Africa. A massive part of Johannesburg’s wealth is in Sandton, the center of the country’s biggest banks & corporate offices. After Johannesburg, Cape Town is the second richest city in Africa. The third richest city in Africa is Cairo, which has more billionaires than any other city on the continent. Lagos & Durban stand at fourth and fifth position respectively in terms of the richest cities in Africa. The magical African continent is extremely rich in culture and natural resources. Considered a paradise on earth, Africa has everything from fertile soil to raw material and precious metals.

Suggested Read: 20 Best Cities Around the World to Travel in 2021

When you see Africa, you relate to what Henry Louis Gates said, “For as long as I can remember, I have been passionately intrigued by ‘Africa,’ by the word itself, by its flora and fauna, its topographical diversity and grandeur; but above all else, by the sheer variety of the colors of its people, from tan and sepia to jet and ebony.” While Africa is a paradise bathed in beauty, we thought of focusing on the economic background along with the continent’s vacationing experiences in this article. Let’s look at the financial situation with this list of the richest cities in Africa. Here we go:

Suggested Read: 10 Best Things to Do on a Romantic Rome Vacation 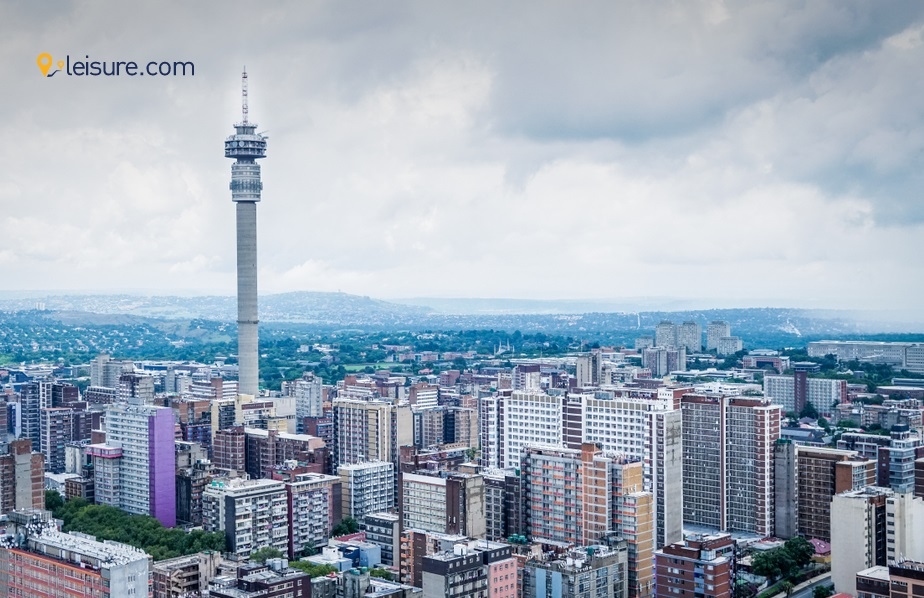 Johannesburg is one of the richest cities in Africa. According to the recent statistics, a considerable part of the wealth comes from Sandton, home to Africa’s largest stock market. And, the major sectors functioning in the city include professional services like law firms, consultancies, and financial services like banks.

The total estimated wealth of the city is around $248 billion. The city witnesses over 5 million leisure vacationers every year and is the most sought-after destination in Africa. There are about 16,000 millionaires in Johannesburg. The city has an abundance of high-paying jobs in finance, telecommunication, and professional sectors, making it possible for most to earn a high income.

Suggested Read: 10 Best Cities for Family-friendly Vacation in the USA: Travel Together!! 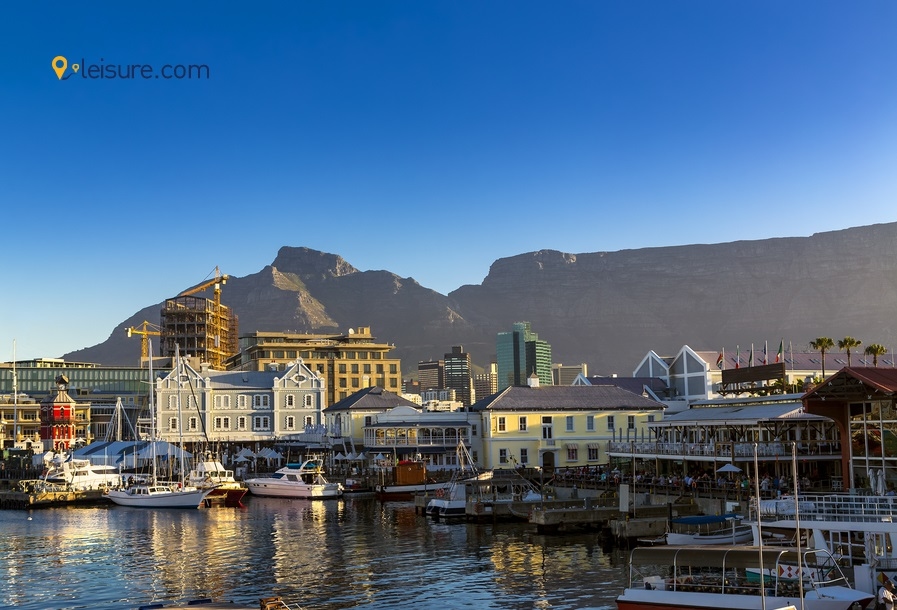 Cape Town houses the most exclusive suburbs -- Constantia, Bantry Bay, Clifton, Fresnaye, Bishopscourt, and Llandudno. The major sectors functioning in Cape Town include fund management and real estate. The total wealth of the legislative capital of South Africa is estimated at $133 billion. Cape Town is not just famous for being among the wealthiest cities in South Africa, but it’s also a paradise for travel lovers.

There is just an unfathomable wealth of beauty all through — so if you are planning leisure vacations to Africa anytime soon, don’t forget about visiting Cape Town. 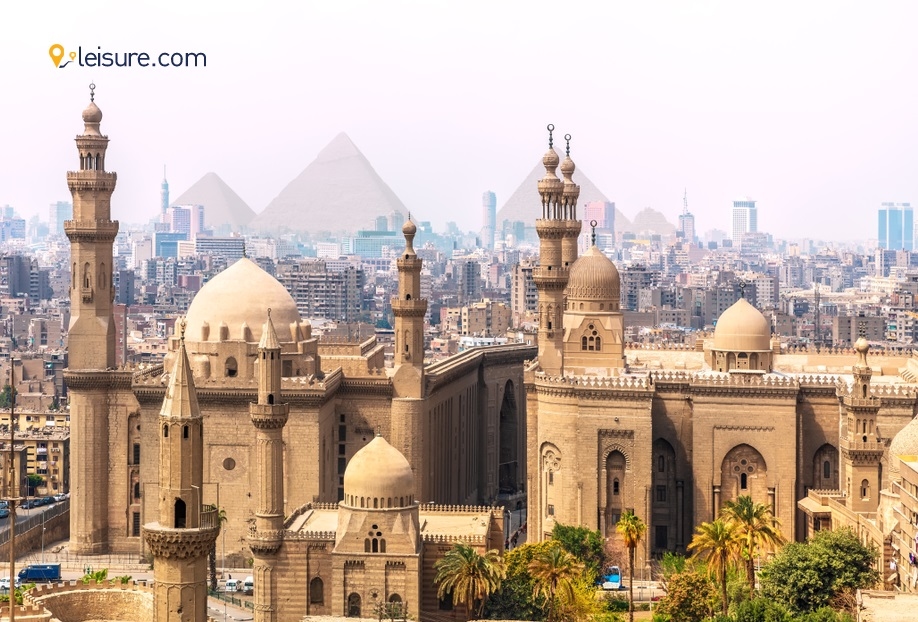 Cairo is one of the most desirable cities in Africa -- historically, culturally, and in terms of wealth. The major sectors functioning in Cairo include telecom, financial services, and tourism. With a total wealth of around $118 billion, you can expect everything you wish for a perfect leisure vacation. Cairo is also one of the most thrilling destinations if you want to witness real adventure.

The city attracts thousands of leisure vacationers from across the globe every year. Tourism is a booming sector in Cairo, and traveling is pretty fun in the city. This further boosts real estate, finance, and other thriving industries. Cairo is an overwhelmingly stunning city— you’ll always find it packed with travelers. This city never sleeps! 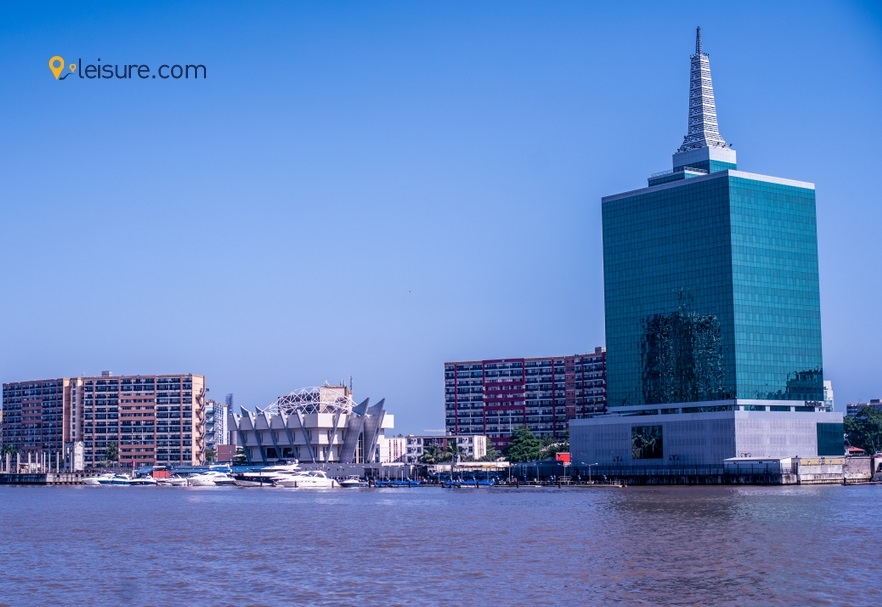 With a total wealth of $88 billion, Lagos offers leisure vacationers countless things to see and experience. Lagos is among the richest cities in Africa, with Victoria and the Ikoyi Islands as the most affluent areas. The major sectors contributing to the city’s wealth are gas, oil, and other essential materials. Also, Lagos is the most populous city in Africa, and it has around 22 million inhabitants. The city is home to over 5400 millionaires. Import and export trade has been thriving for a long time in Lagos, and it is one of the busiest ports in Africa.

And, there are plenty of reasons why planning leisure vacations to Lagos is a great idea. Lagos, the largest city in Nigeria, is not just famous for its wealth and as a land of opportunities, but it also houses some of the top tourist attractions in Africa. The city offers visitors and its residents a massive choice of activities and sights. Some of the most exciting attractions in Lagos include Tafawa Balewa Square, Teslim Balogun Stadium, and Third Mainland Bridge. 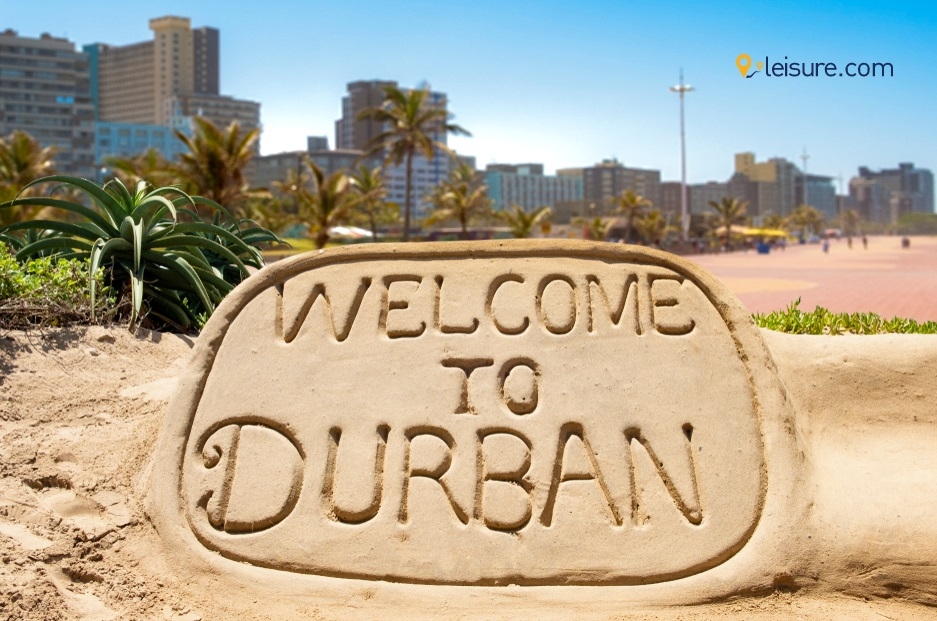 Located in South Africa’s northeast coastal region, Durban is considered among the wealthiest cities in the continent. It is one of the favorite destinations for leisure vacationers, particularly for those looking for surfing, sun, and sea. All surrounded by an irresistible vacation atmosphere, Durban keeps you hooked all through your travel journey. The place is mainly known for its idyllic beaches, world-class surf spots and is one of the richest cities in Africa. People know it as the curry capital of South Africa, which makes it one of the finest foodie destinations.

According to the latest data, Durban city has a total wealth of $55 billion. The major sectors contributing to the city’s wealth are financial services, transport, and real estate. In addition to its busy port, the city is always buzzing with its vibrant industries. There are around 130 multi-millionaires, 3200 millionaires, and one billionaire. 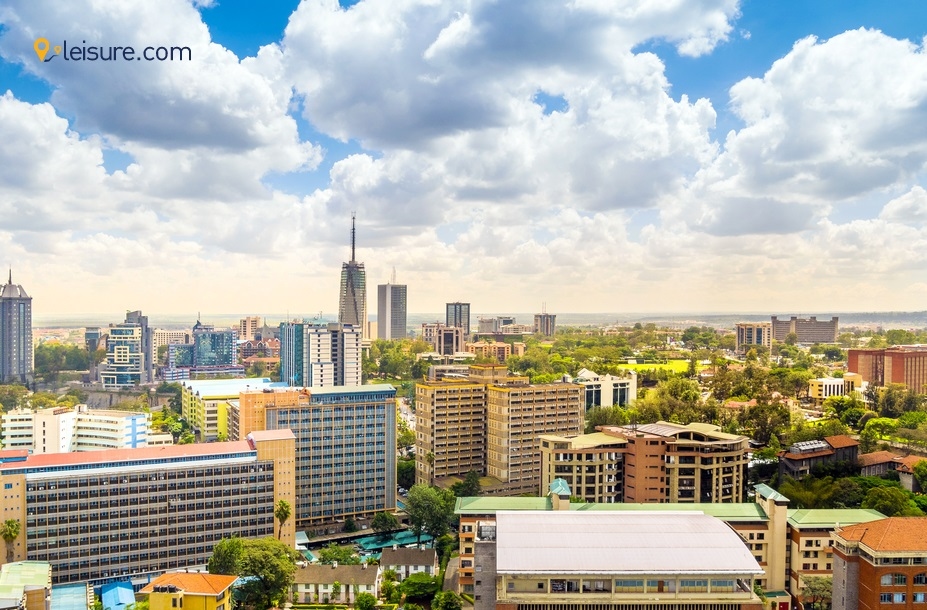 Nairobi is often referred to as the economic hub of East Africa and is also among the fastest-growing cities globally. Some of the wealthiest spots of the city are— Muthaiga, Lavington, Runda Estate, Karen, and Kitisuru. The major sectors adding wealth to the city are media, textiles, financial services, tourism, clothing, real estate, cigarettes, beverages, and processed foods.

With a population of 4.5 million people and the total wealth of the city amounting to around $49 billion, Nairobi is one of the most traveled and wealthiest cities in Africa. The city is home to about 6200 millionaires. Kenya is often referred to as East Africa’s economic hub. And, it beautifully conjures romance in its air and adventure in its colonial history. Nairobi is the only city in the world that houses a safari park on its border. 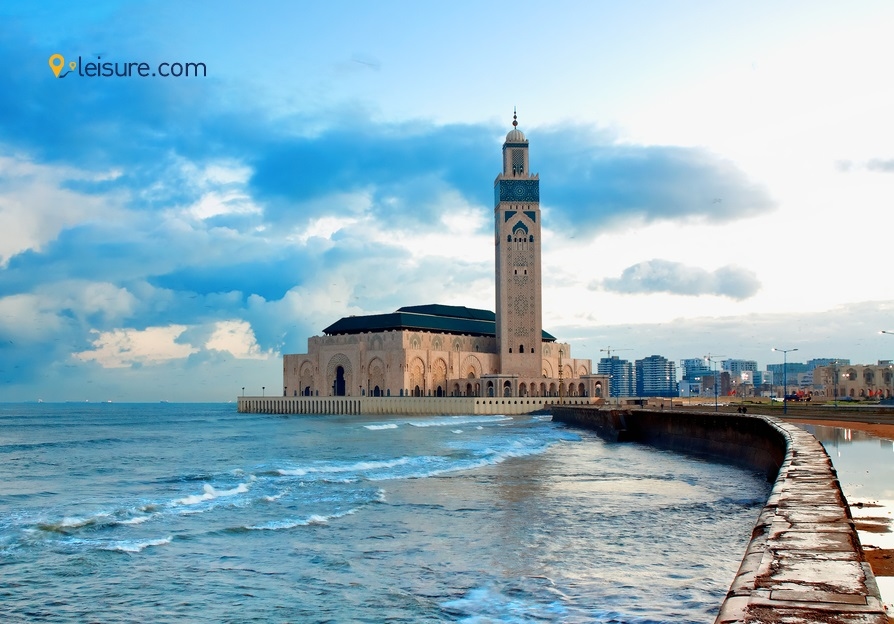 Casablanca is the main gateway to Morocco, and it houses as many as 110 multi-millionaires and 2,300 millionaires. The total wealth of the city has been estimated to be $39 billion. Casablanca, ranked among the richest cities in Africa, has most of its wealth in the suburbs like Ain Diab and Anfa. Since Casablanca houses the primary international airport, most travelers have their first experience of the country here. The beautiful, bustling city is the industrial center and the business powerhouse of Morocco.

In addition to being one of the richest cities in Africa, Casablanca is also home to some of the most fantastic tourist attractions. If you take time to delve a little deeper, you’ll find some of the gems of the country at this place. From the gigantic Hassan II Mosque to the photogenic district of the medina— its old-fashioned ambiance— to the plenty of beautiful Art Deco-style facades, there’s a lot that will keep you hooked.