Explore the ancient Israel Kingdom in this 9-days Israel Vacation

The ancient kingdom of Israel was a small but sustaining and powerful kingdom in the Mediterranean and it was once very essential to the empires in the Middle East. This Israel Vacation package would be a testament to the very greatness it once perceived on the world map. Check out most of the classic sites of the country while visiting Petra on this 9-days trip. Explore the Rose City of Petra which is a symbol of Jordan while taking out time to know about its glorious history. Check out the landmark sites such as Dead Sea; Sea of Galilee; Jericho; Jerusalem and the Golan Heights. Explore the churches of Bethlehem while spending time in Tel Aviv to do some souvenir shopping as well as to see Nazareth, Capernaum, Acre, and Rosh HaNikra. Visit the Red Sea resort city of Eilat and get a guided tour there while floating in the Dead Sea which is called the lowest point on Earth. Visit Masada to explore and learn about the symbol of the ancient Kingdom of Israel while checking out landmark sites all along. Drive through the extravagant roads, farmlands, and vineyards of Golan Heights while discovering the countryside as well as the Sea of Galilee. Check out the highlights of the trip here –

On the first day of the trip, you will be arriving in the vibrant capital city of Israel, Tel Aviv to start the Israel vacation package which would take you to around 15 destinations throughout nine days. Check out the details of the trip here in the given itinerary:

You will be arriving on the first day of the trip to the capital city of Tel Aviv to start the Israel Vacation package. Your tour operators would pick you up from the airport and help you get transfer to the pre-booked hotel where you can get freshen up and have some meal for the day after the tiring flight. Depending upon the timing of the arrival, you can plan the day with your tour operator where sampling of the local cuisine would be made a priority. Stay here for the night as the tour starts tomorrow.

Today on the second day of the Israel vacation package, you would be heading south where you will be driving through the Judean Hills passing the enigmatic Inn of the Good Samaritan which is another famous location. You will be traveling through what is called the lowest point on the Earth and below the sea level. Then, you would take a cable car to reach the summit of Masada where a palace-fortress was built over 2,055 years ago by King Herod. Once you have had enough of Masada, you will drive through the deserts and cross Ein Gedi oasis and Qumran to reach to one of the finest secluded beaches in the Dead Seafront where you float in the water and spend some time with your loved ones away from the hustle.

Jerusalem is famous for being the home to many religions and hence a walk in this historical city is a must for the tourists of any faith. So, today you would be starting with a panoramic view of the entire city from Mt. Scopus which you will trek in the morning. This would be followed by a drive past the Garden of Gethsemane; Church of All Nations and Kidron Valley to reach the Old City where you would be walking through the Jewish Quarter to see the Byzantine Cardo and the iconic Western Wall. The tourists who come here love to trace the path of Jesus along the Via Dolorosa to the Church of the Holy Sepulcher. This would be followed lunch in the Old City as well as a walk through the infamous bazaar to visit the Yad Vashem Holocaust Museum which was built in memory of those killed in the Nazi concentration camps. Stay here for the night.

Today would be a day of travel where you would have the chance of visiting two places considered old enough to draw attention in the Middle East. Today, you would be traveling below the sea level to reach the ancient city of Jericho which is located near the Dead City and where the Zacchaeus’ sycamore tree (Luke 19:1-10) is located on the sidelines of which the Battle of Jericho was fought. You will then pass Mt. Temptation and continue to Bethlehem and arrive at the Manger Square which has many underground tombs and shrines of the Church of St. Catherine; the Milk Grotto and see where Jesus was born in the Holy Grotto of the Church of Nativity. You will then come back to Tel Aviv to spend the rest of the day where you can see some of the Bauhaus architecture while checking out Jaffa or visit the bustling markets as well. the city also has some beautiful beaches and a beachfront promenade while also having galleries, museums, malls, and a dynamic nightlife. Stay here for the night.

Today, you would be traveling to the northern part of Israel and drive north of Tel Aviv to reach the coastal cities of the country. you will be reaching the ancient Roman port city of Caesarea and in Haifa see the cascading terraced Baha’i Gardens. Through the journey, you will also reach the northernmost point on Israel’s coastline to walk through the white Sea Caves of Rosh HaNikra after which you will be returning to the city and arrive at the Crusader city of Acre to visit structures from the 12th century, Ottoman era and British Mandate Period. Once you come back, you will be turning towards the Plains of Armageddon which passes through another magical place called Megiddo where you would stop briefly to see Mt. Precipice and continue to Nazareth to tour the Church of Annunciation and Church of St. Joseph. You will pass Cana and then drive along the shore of the Sea of Galilee to see the Mt. of Beatitudes and Capernaum while stopping at the Church of the Multiplication. After this, you will be passing through Tiberias which has been named after the second emperor of Rome to see the baptismal site of Yardenit while checking out the Mt. Tabor on the return journey.

Today would be a great day when you visit the Golan Heights which is located on the Syrian border. Today, you would be traveling via the Plain of Armageddon and Megiddo to the Galilee through some serious scenic roadway. You will then cross the Jordan River and trek to the Golan Heights which is a mountain covered with forests and vineyards. After this, you will be crossing the Hamat Gader hot springs and stand at the Shalom Observatory looking down across the Sea of Galilee as well as the excavated Talmudic village at Katzrin and treasures at the Golan Antiquities Museum. You can still experience the former Syrian bunkers which were abandoned during the Six-Day War of 1967 from Mount Bental. Come back to Tel Aviv for the night.

On the morning of the ninth day, you would be taking a flight from Tel Aviv’s Ben Gurion Airport to Eilat which is also known as Israel’s Red Sea beach resort city. You can spend this day as a leisure day in this beautiful resort city chilling and spending time away from the hustle and bustle of the city. You can go on Snorkelling to see coral reefs or even ice skating, swim with dolphins, or do some tax-free shopping. Ya, you heard it right! You can take on some optional excursions into the nearby desert which would include camel rides, water sports, and beaches. Stay here in Eilat for the night and enjoy some awesome night out.

Today, the tour will take from the resort city of Eilat through the border of Arava into Jordan and along the Desert Highway to Petra located in Jordan. This place was carved out of rock over 2,300 years ago by the Nabataean people. You should see the beauty of the facades hewn from the rock as well as the colonnaded streets, temples, and tombs. After having visited Petra in its entirety, you will leave Petra and travel past Wadi Rum stopping at points to see the unique wilderness. You will come back to Eilat to take a flight back to Tel Aviv for the departure scheduled the next day. 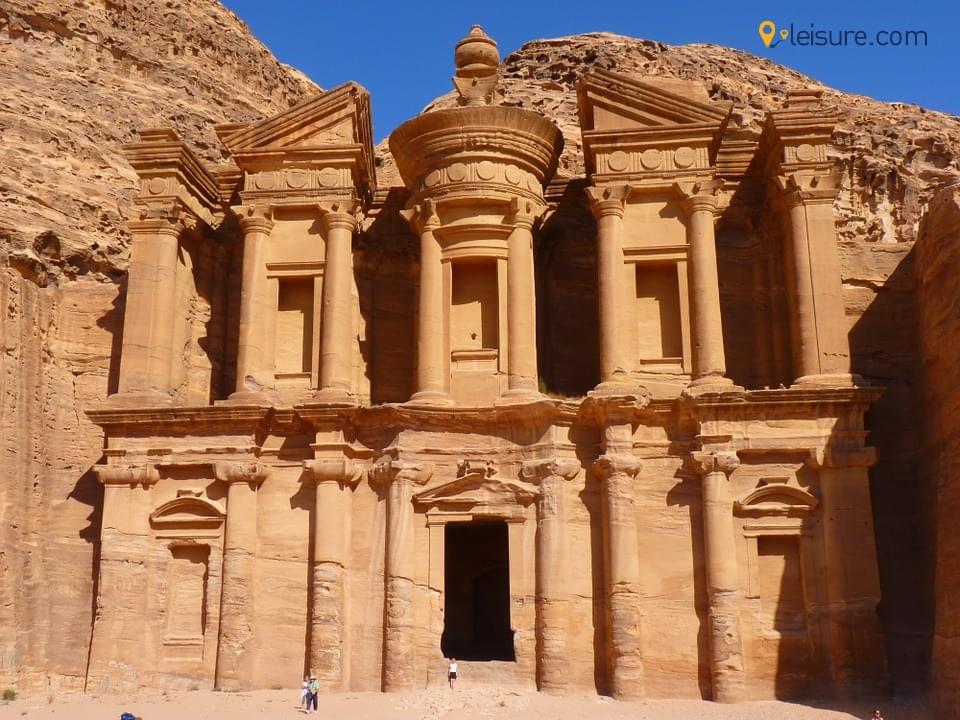 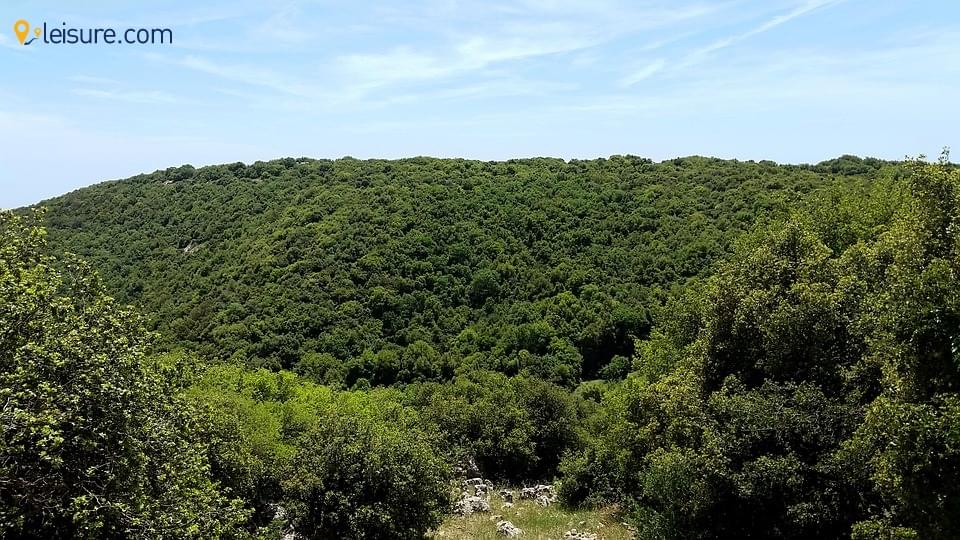 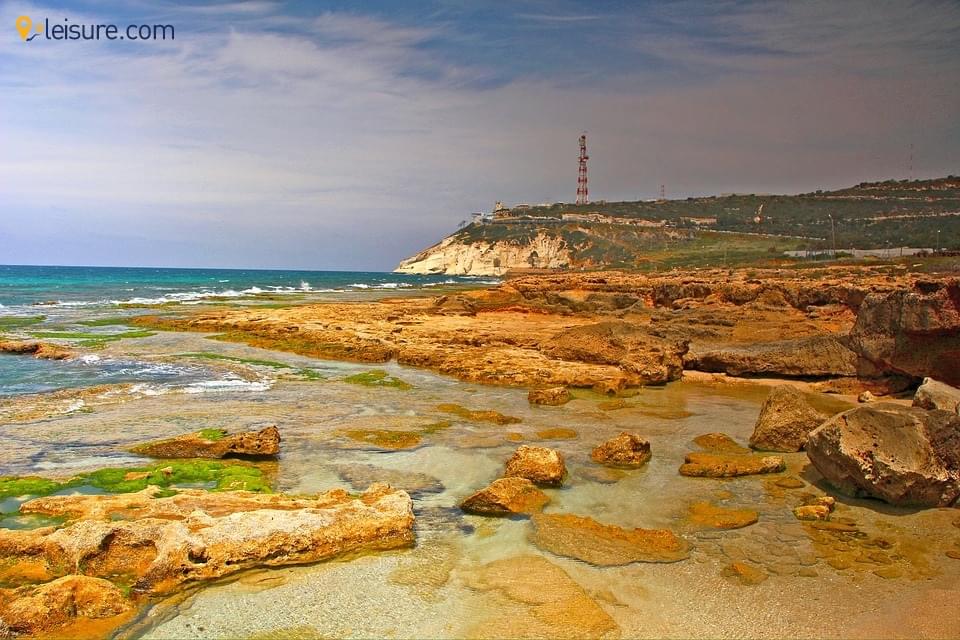