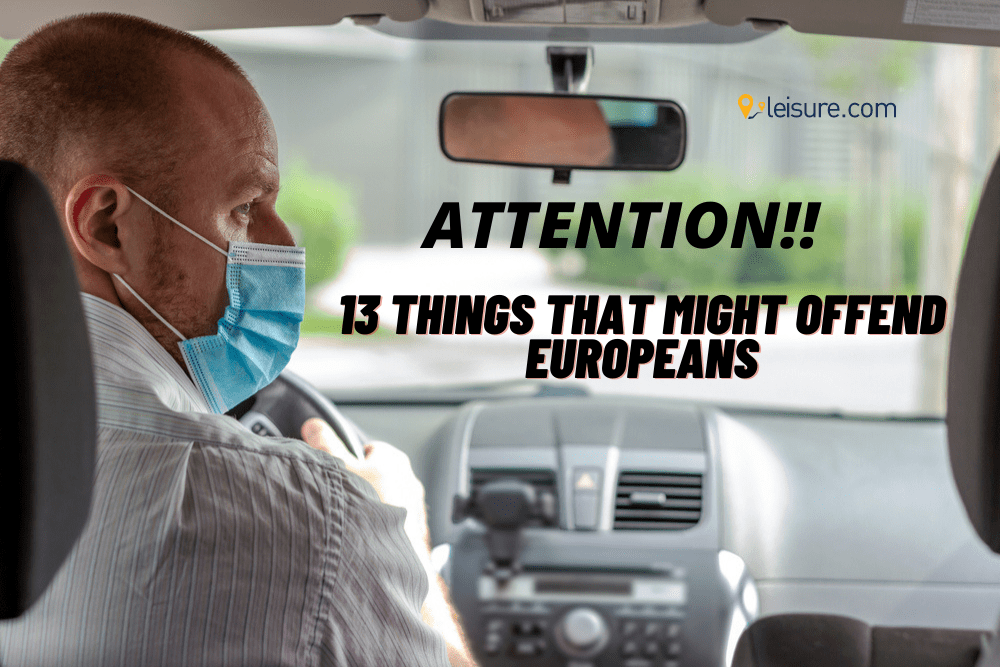 The last thing you would ever wish to do when on a European vacation or traveling to any part of the world is — offending the people of the land you have come to have fun. It’s no surprise that Europe and America are different in a lot of ways. They eat differently. Their cultures are different. Their street rules are different. With so many dissimilarities, how can travelers forget about learning how to behave on a European vacation— but that happens. Can you believe, you have to sit in the stadium during a soccer match in Italy as per the choice of the team you are rooting for. Can you believe, in certain parts of the continent the price of beer is half that of the price of water?

In a similar way, there are a number of Americans that are considered offensive in other parts of the world. A lot of these American customs might get you into hot waters on a European vacation. Some actions and gestures — like wearing shoes inside the home— are too a little thing for Americans but it can be surprisingly offensive for people in other countries. I have been lucky enough to have been politely warned for the offensiveness but in the worst case, it might also cause nasty confrontations. Don’t take any chance, read about these offensive things Americans might do on a European vacation. Here we go: 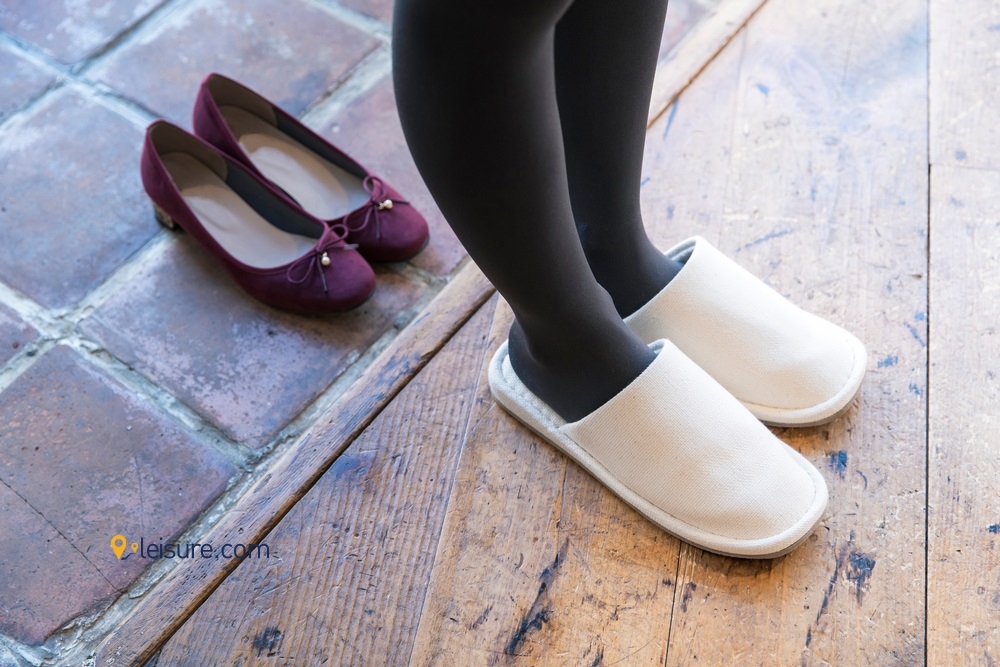 While for people in America, it’s absolutely fine to wear your outdoor shoes indoors, in different parts of your European vacation, this can be considered really offensive. In European countries including Poland, Germany, Hungary, Latvia, Hungary, Italy, and Greece, this can be really offensive. In some parts of Europe, people consider wearing shoes indoors an extremely offensive thing. The best thing is to do your part of the research and check out leisure vacation travel tips & recommendations at leisure.com.

2. Making use of Your Left Hand 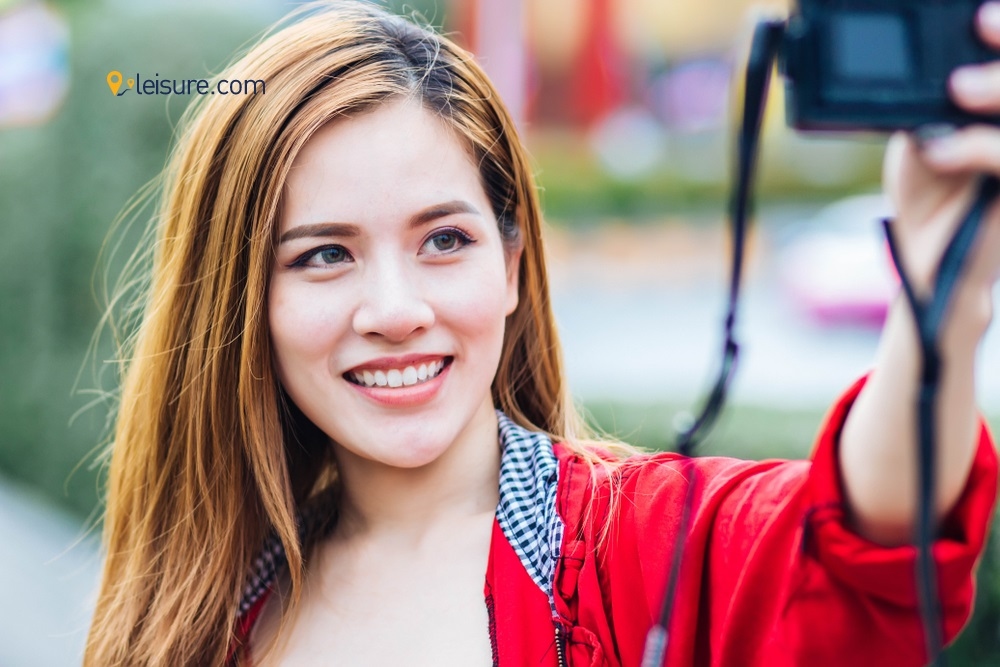 More Travel Tips for You: Cheap Places To Travel In 2021: Travel On Shoestring Budget! 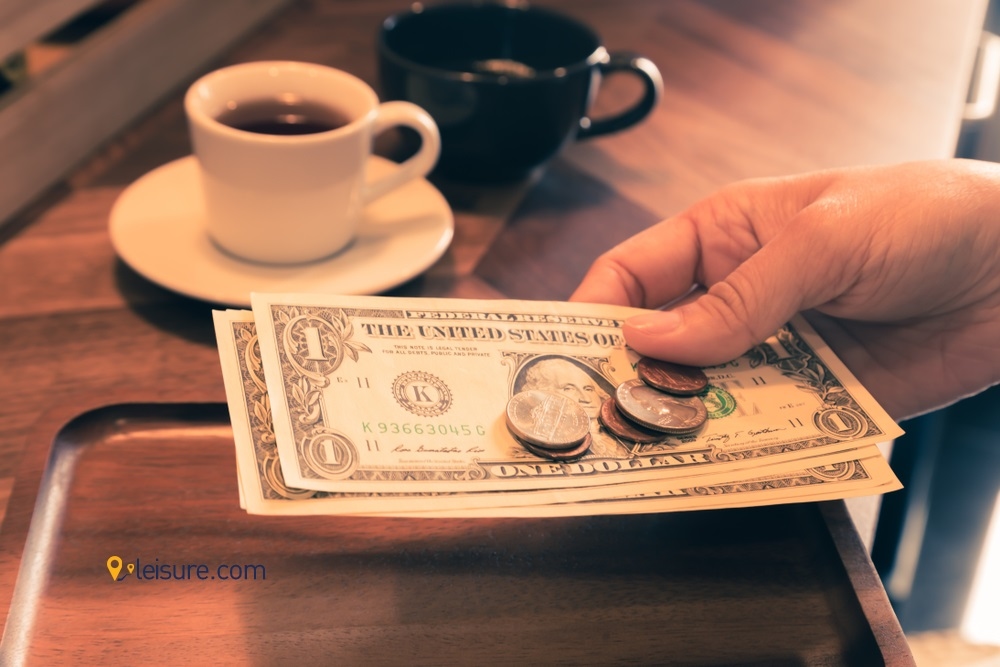 Tipping is a common practice in the United States— in almost every non-self-serve restaurant and every bar, one can usually expect the practice of tipping. On the contrary, this can be considered really offensive in other countries including on European vacation and Asia vacation. the servers in these countries are paid a standard wage and they consider it offensive if you offer them tips. This might make them feel uncomfortable making them think that they are not being paid enough for their service.

4. Taking the back Seat of the Taxi 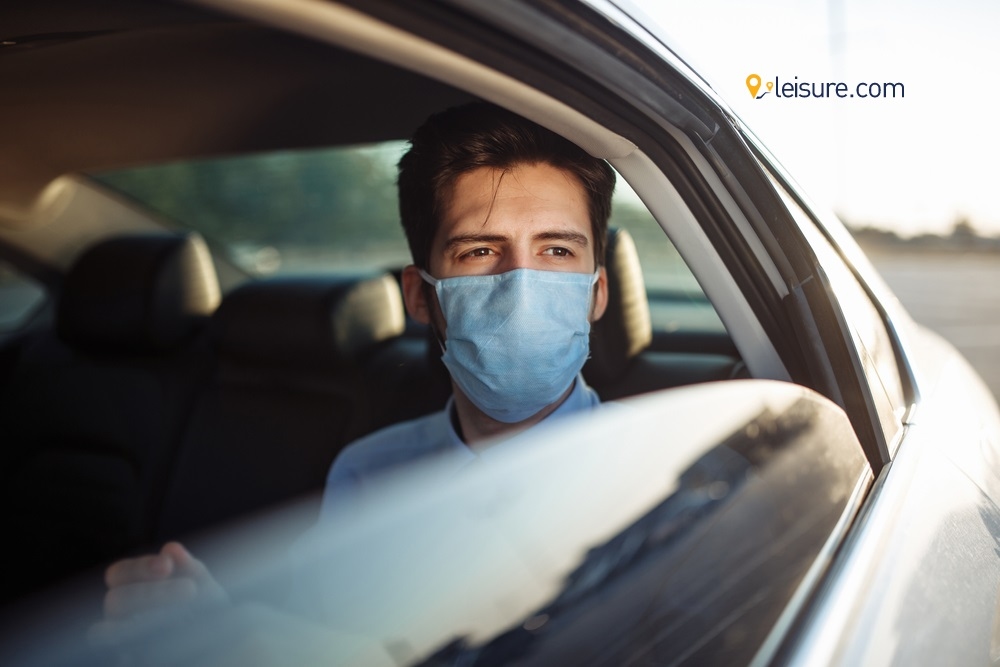 While it is not a big deal for Americans to hail a cab, wait for the cab to stop, and hop on the cab, occupying the back seat of the cab. But in some parts of the country, this might be considered offensive. Like if you are just the sole passenger, it might not be considered a good manner when you are traveling to a few countries in Europe. The cabbies would want you to ride upfront with them like their pals. However, a few of the European vacation guides suggest that female riders should choose to be in the back seat.

Americans don’t mind the message on their clothes— on a European vacation, you will notice people like dressing up more formally than Americans and this could be as simple as dressing up for going around the supermarket. In Europe, the workout gear is acceptable only for exercise and there could also be some big differences that might take you by surprise. So, you must do your research before packing and after choosing your leisure vacation. For instance, you should not shake your hands with your gloves when on your Romania vacation. In the Czech Republic, you should always keep yourself buttoned up when attending a business meeting. And, when on Poland vacation or wandering through various other parts of Europe, never keep your hands in your pocket when talking to people — they consider it impolite.

6. Not Respecting the Local Coffee Culture 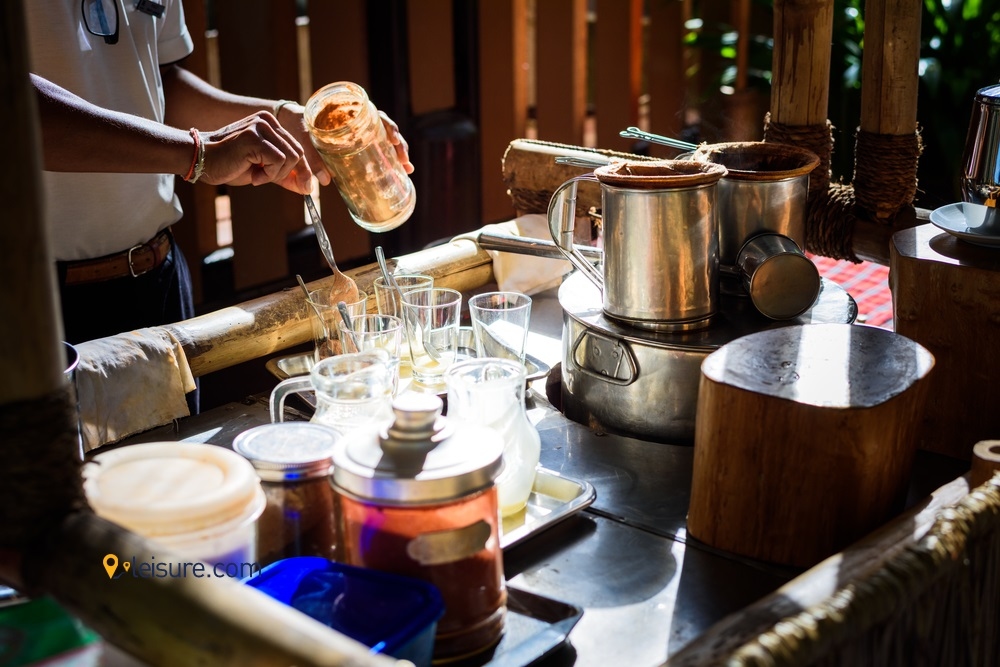 Like many other things, America & Europe have different coffee cultures — when you are in Italy it is not good to ask for a cappuccino after breakfast or maybe an espresso during the meal. In another example, café con Leche can be ordered as an afternoon pick-me-up or at the breakfast table when on a Spain vacation. And, Austria's historic coffee culture does not appreciate ordering a coffee, they consider it offensive. So when you are on a European vacation make sure you have done your homework and know about the coffee culture of the place.

More Travel Tips for You: 12 Top Packing Tips For Travelers From Travel Experts

7. Not making your Eating Plate Clean 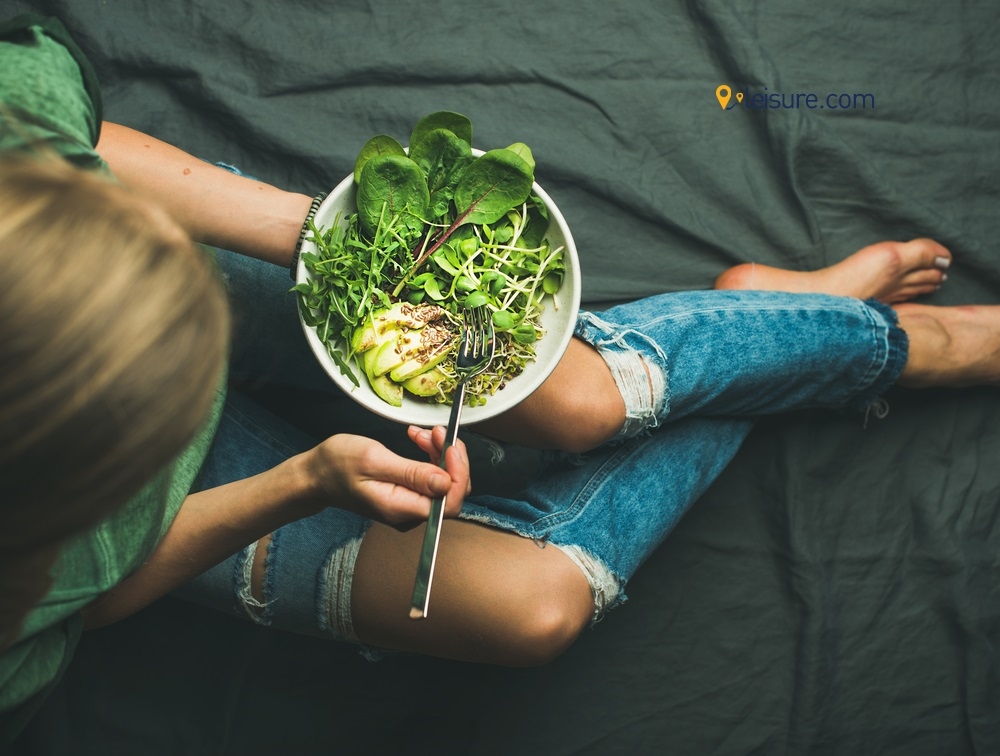 While you might have heard many parents in the United States encouraging their children to join clean plate club members but the rules are way more stringent when it comes to people in Europe. In some countries through Europe & Asia, if you are not eating everything on your plate you might have to face nasty consequences— it is considered wasteful and it might make them feel that you have not enjoyed the food. Be careful. 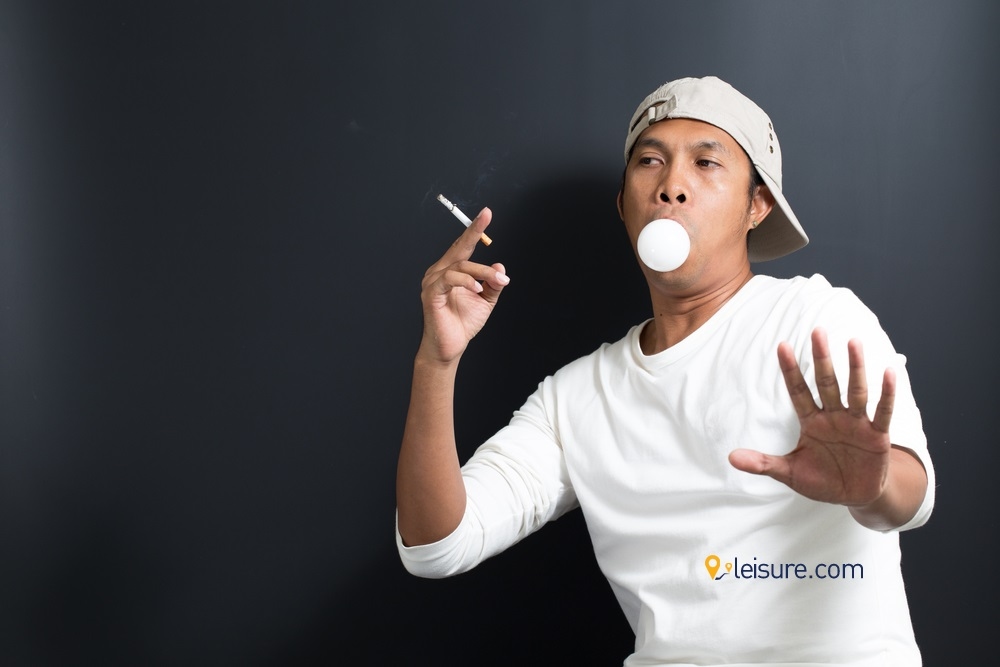 On your European vacation, you should be particularly careful about taking around the chewing gum in your jaw— it’s just about an impolite gesture for people in Europe. You will see most people chewing gum shortly after having their meals and that is just for a few hours and they will throw it around in a few minutes. In European countries including France and Belgium, chewing gum is considered a vulgar gesture — on the other hand, people in the Netherlands consider chewing gum pretty rude. 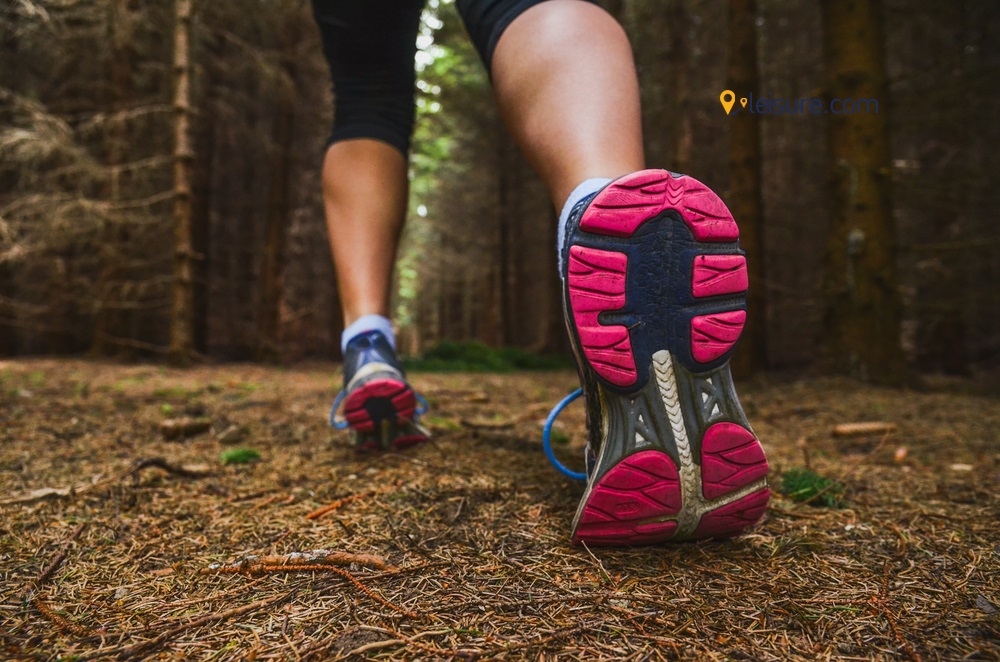 While people in the USA do not give any second thought, they will just cross their legs and sit around without hesitating for a second. But this can be really offensive in Asia, some Middle Eastern countries, and for people of Europe on a European vacation. In a few Arab countries, the soles of shoes are considered dirty and they should not be displayed like that. And, even the  U.S. Congressman Bill Richardson had to face the consequences in Iraq on a dedicated diplomatic mission, when he crossed his legs in that fashion.

More Travel Tips for You: Top Packing Tips Every Traveler Must Learn

10. Not Adhering to their Concept of Punctuality 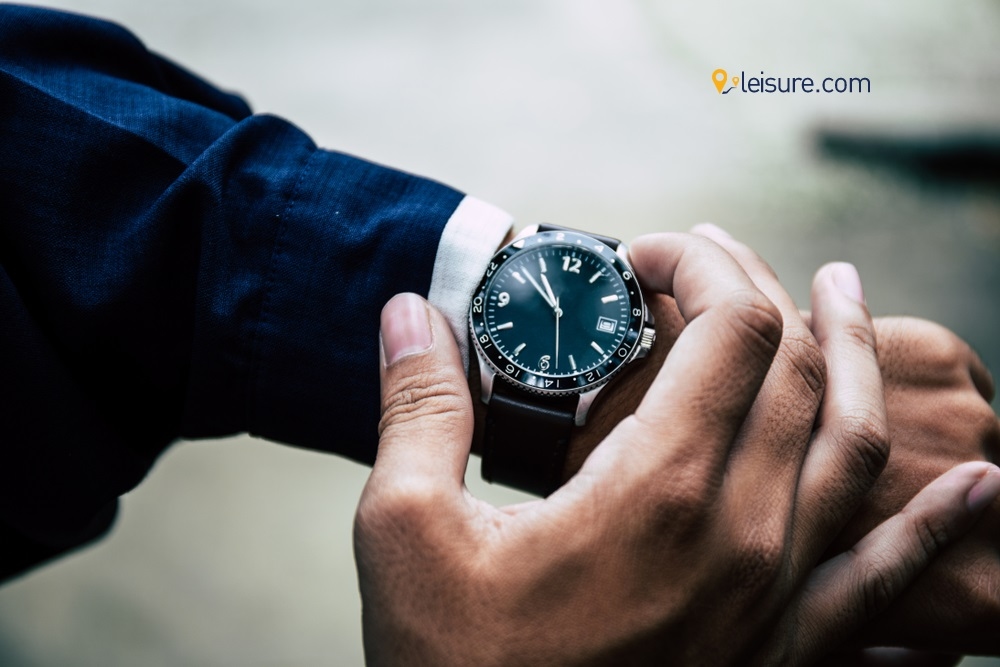 If you are planning a European vacation, no matter where you are heading first, make sure you have done your research in advance. The concept of punctuality in different European countries is different — like if you are traveling to the Netherlands, arriving even five minutes earlier can be considered unacceptable, on the other hand, people in Germany will respect you for that. In other European countries like France, Italy & Spain, arriving 5-10 minutes later than the stipulated time won’t offend the host. In fact, in a few countries like Poland, you should always arrive about 15 minutes later than the agreed time for an informal event or gatherings. Do your research thoroughly before making the trip happen. 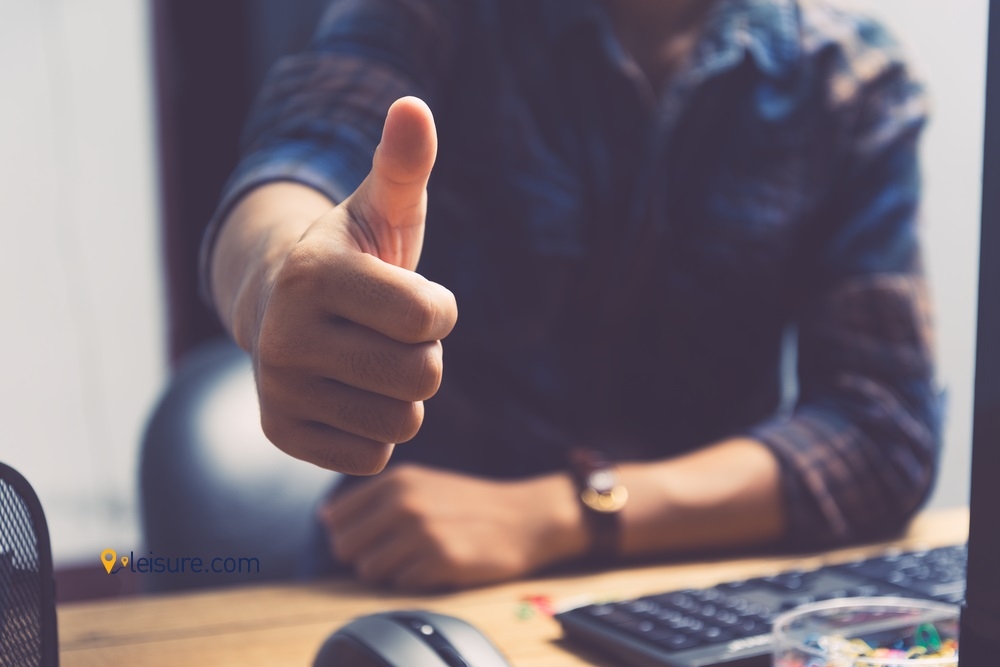 Some of the hand gestures that are too common in the United States can offend people in other parts of the world— like thumbs up. So walking down the street in California or any part of America, you might cheer someone with a thumbs up and that’s kinda cool, but when you are on your European vacation or in any other part of the world that might make people uncomfortable. For instance in countries including Greece and some parts of the Middle East, a thumbs-up might mean an expression of rejection of someone. So, make sure you read about these trivial things that might make a difference to your luxury leisure vacation.

12. Save your smile for the right occasion. 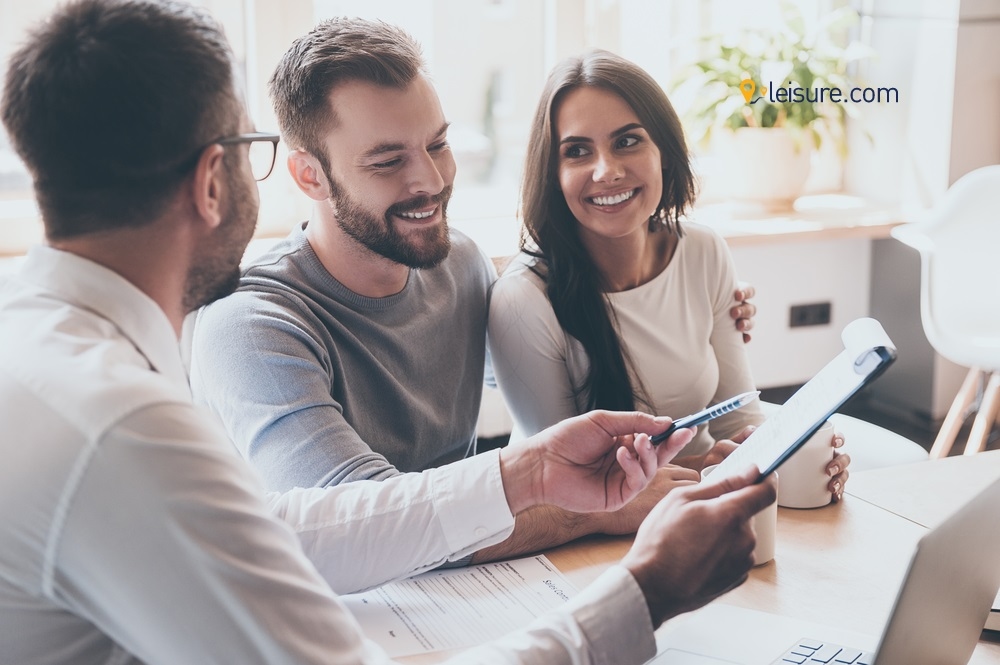 Americans are known for their smiling faces but that is not always appreciated on a European vacation! But when you are on a Leisure vacation, it’s better you save that smile for the perfect occasion. Any European can easily recognize an American on a vacation, grinning for every passerby aimlessly. In a few countries in Europe & Asia, it is considered really unprofessional to smile without an occasion, particularly in a professional setting. In countries including the Czech Republic and France, people don’t usually smile at any stranger, grinning faces are reserved just for friends and families.

More Travel Tips for You: 11 Amazing Tips To Enjoy Your Vacation On A Budget

13. Some People Blowing Their nose in public 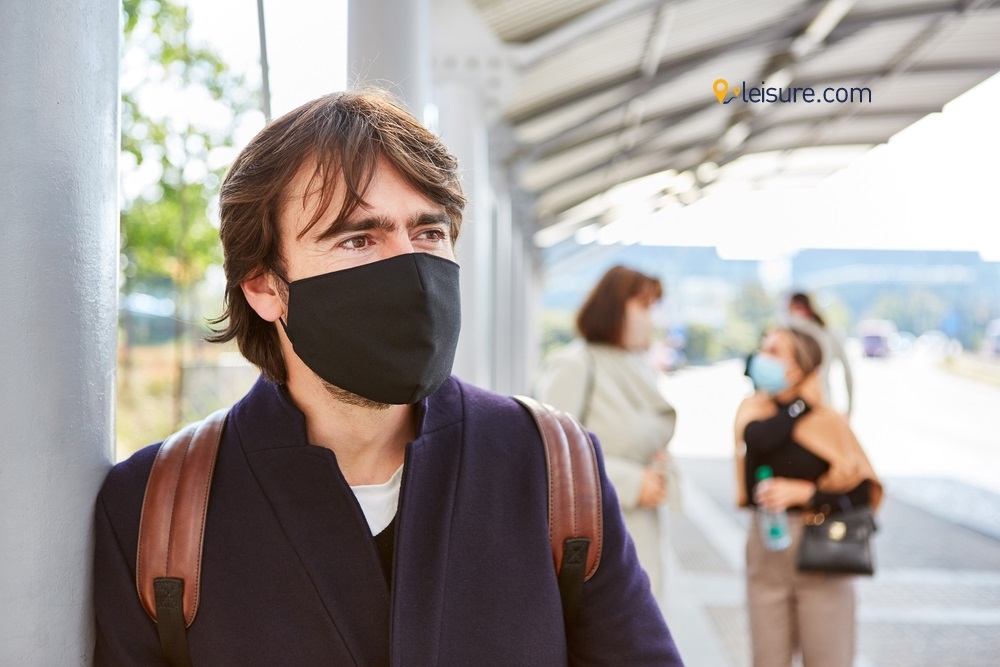 That’s considered abysmal in a few countries— however, in any part of the world, people don’t like seeing you blowing your nose in public. Be really careful about this on your next European vacation. Restrooms are the right place to do this kind of stuff. In fact, in a few European and Asian countries including France, China, and Japan— people might get offended by people trying to clear their nasal passages in public. So know in advance that you need to keep those sniffle sounds confined to the restrooms.

More from Our Latest Articles for You:

Do You Know About These Senior Travel Groups?