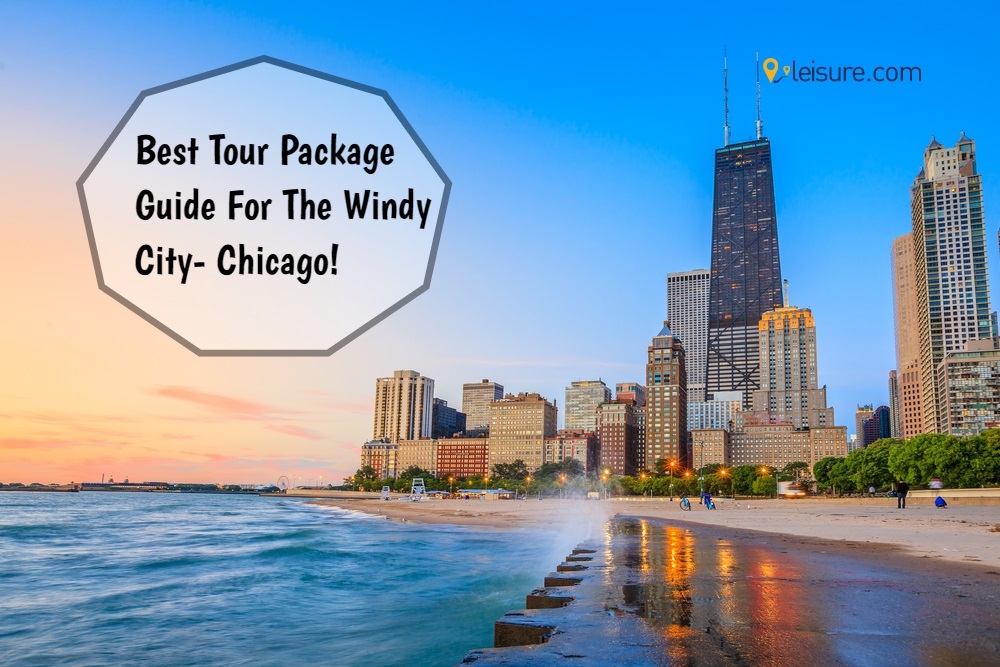 Be it architectures, musicians, Michelin starred chefs or world-renowned artists. Everyone loves Chicago! It is one of the most amazing cities in the world because of its breathtaking architecture, iconic museums, and vibrant culture. It is dubbed as the windy city, the city of skyscrapers, the city that works, and the second city. Everyone who visits the city falls in love with its amazing beauty and enthusiastic vibes!

With an amazing winter and sunny summers, the weather is always perfect in Chicago to enjoy a lovely stroll through its iconic streets. Chicago has always been a significant city throughout the years, even before the independence. The city, which once served as an important shipping destination, now harbors some of the biggest corporate firms in the world!

Also Read: 9 Trip Suggestions for a Vacation Through the Best Cities in the US

Leisure travel guides bring you a comprehensive article on everything you need to know about Chicago to help you find the best tour packages!

What to see in Chicago!

Chicago is full of amazing art and design, and it is reflected in everything you will come across in the city. From spectacular skyscrapers, one-of-a-kind artworks and museums, amazing dining scenes, and historic musical artists. Every holiday in Chicago turns into the best tour package because of the vibrant culture in the city.

During the best tour package of your life in Chicago, you will find some amazing tourist attractions to bless your holiday, such as:

1.    The Art Institute of Chicago 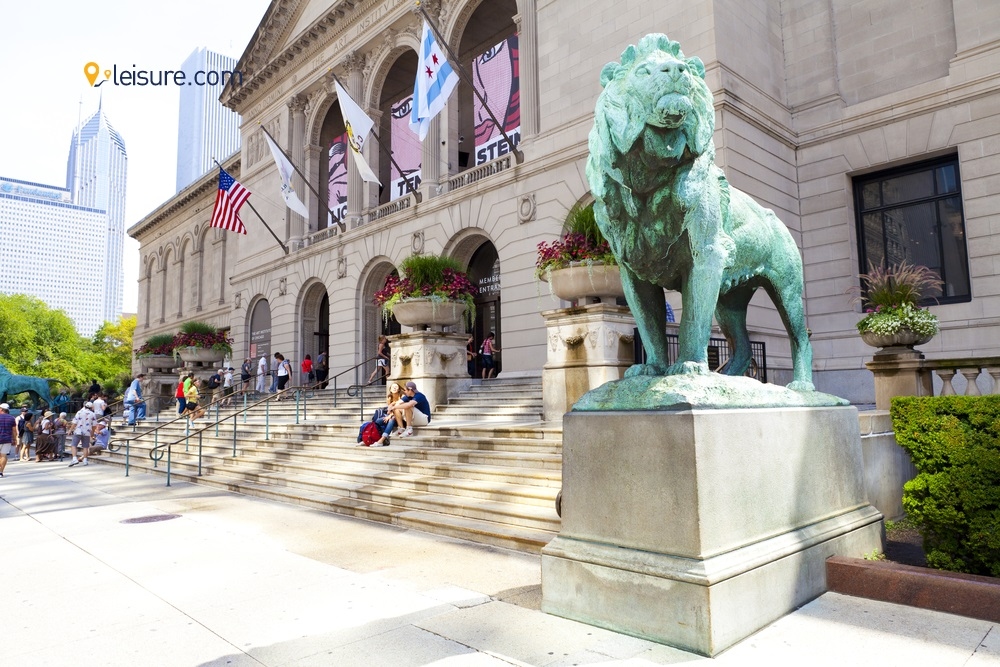 The art institute of Chicago is one of the best museums in the world that you can visit. The museum complex spans over 400 thousand square feet and is over a hundred years old. The museum contains hundreds of thousands of beautiful artworks, with the most diverse collection. The artworks in the museum include paintings, sculptures, decorative arts, historic discoveries, photographs, textiles, and architectural drawings that you can adore for hours and hours. When trying the best tour packages to Chicago, make sure to add the art institute to your itinerary. 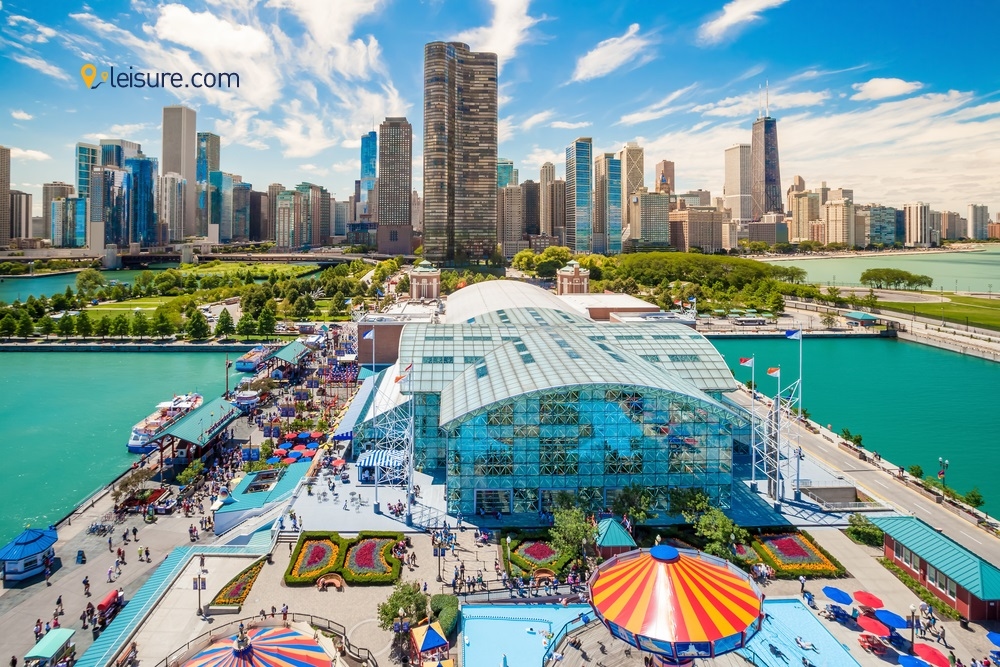 Navy Pier is probably the second most popular pier in the USA, only after Santa Monica Pier in California. The pier was built in 1916 as a recreational and amusement area and a shipping facility. Today the Navy Pier hosts a large number of activities and attractions and is one of the most popular tourist spots in Chicago. The pier contains a giant Ferris wheel which gives you wide-open views of the lake along with amazing restaurants, beautiful gardens, shops, theatres, concert venues, and many other amazing attractions to turn any boring vacation into the best tour package of your life. You can also book a cruise vacation when in Chicago that takes off from the Navy Pier. 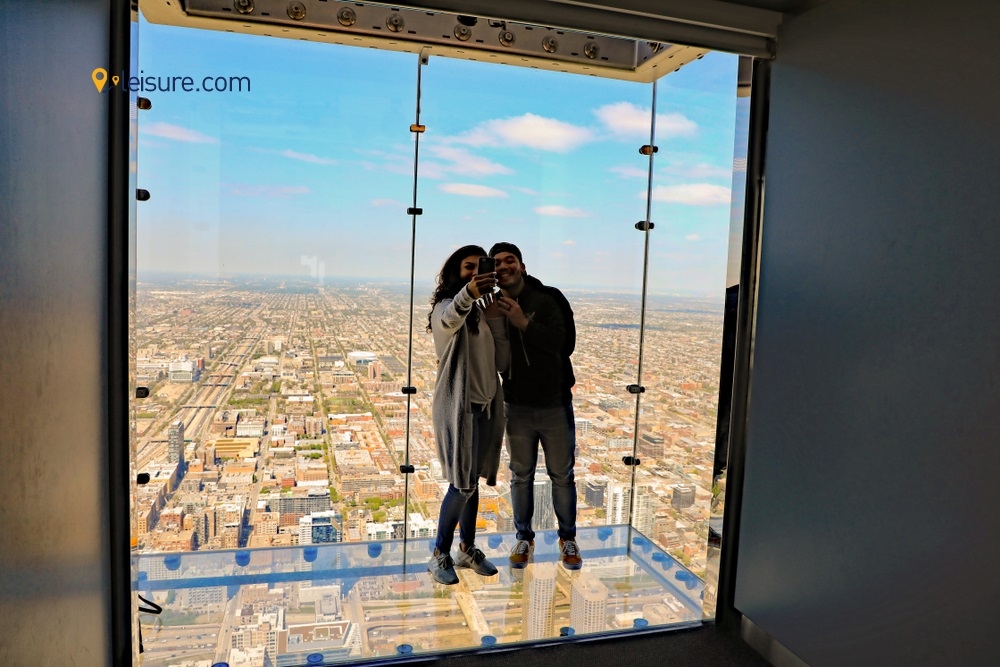 The Willis Tower, which was previously known as the Sears Tower, held the title of the tallest building in the world up until 1996. However, the title has now been passed on to many other taller buildings since then, and it is still one of the best spots in the city. The building is 1453 feet tall and is an architectural marvel considering the high-speed winds that blow across Chicago. 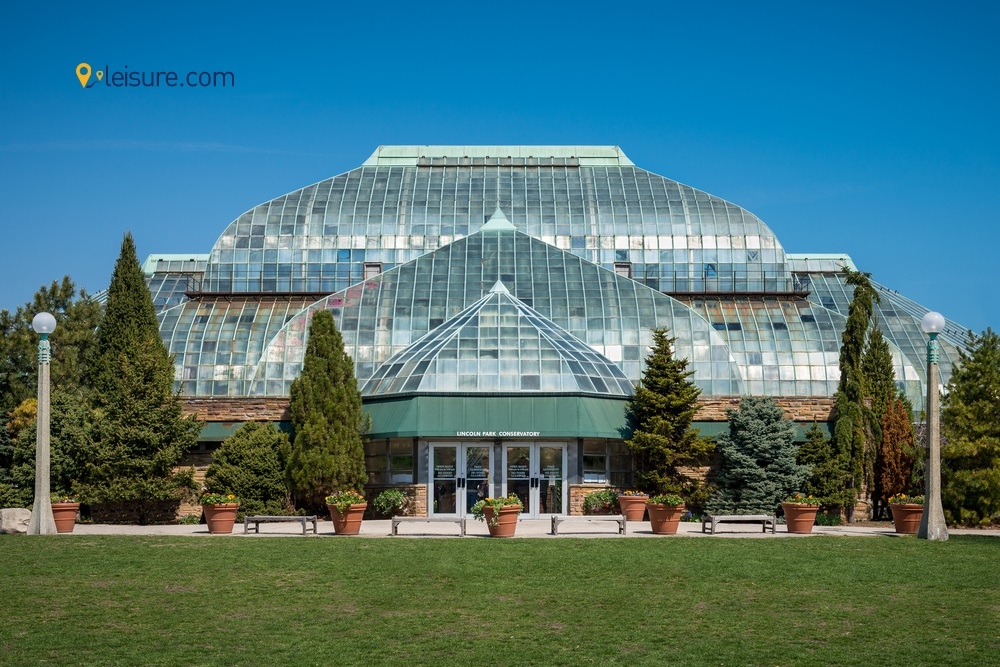 The city of Chicago has many beautiful parks where you can enjoy the pleasant weather and scenery. One of the most notable parks in the city is Lincoln Park. This is one of the biggest parks in Chicago and sits along Lake Michigan. The park is a whole complex in itself and hosts multiple attractions, such as the Lincoln Zoo, which happens to be the oldest Zoo in America, Chicago History Museum, Lincoln Park Conservatory, along with many other iconic shops and attractions.

Some other attractions in the city that you must include in your itinerary for the best tour package experience are Shedd Aquarium, Lakefront Trail at Chicago River, The Rookery Building, Wrigley field, Michigan Avenue, and the Buckingham Fountain.

Chicago experiences some harsh winters, and with chilly winds, the weather makes it quite difficult to enjoy the city to its fullest. However, if you are a fan of colder months, then Chicago in winters is the best place for you. Plus, you’ll save a ton of money on hotels and museum tickets as there are not a lot of tourists visiting Chicago during winters.

Summers are considered as the peak season for tourists, and prices can rise up quite high during the months of May, June, and July. Summer in Chicago is quite moderately hot, with average temperature hovering around 20 degrees Celsius. It is the best time to plan your best tour packages.

Checkout: Top Resorts in US for the Honeymoon of your dreams

How to Get Around

Chicago is often known as the city of neighborhoods because of its many localities and distinct neighborhoods that are unique in their own way. The city is quite well connected through public transport and roads to offer your smooth sailing during your best tour packages to Chicago. In addition to the usual taxis, buses, trains, and Uber, Chicago also offers some unique ways to get around the city, such as Water taxis and bicycles. 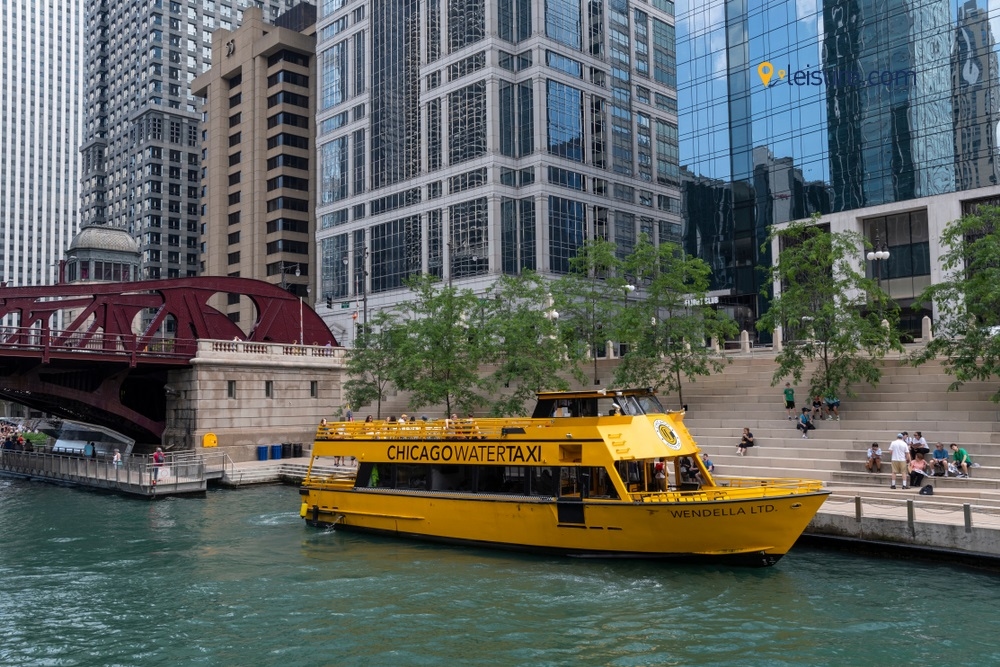 Many of the popular tourist attractions in Chicago are situated along the river or the lake. Therefore, we recommend skipping the usual trains and cabs and take the scenic route via a water taxi. The water taxi service in Chicago takes tourists and people to most spots sitting by the river or the lake. The fare for these taxis may range from $8 to $10. 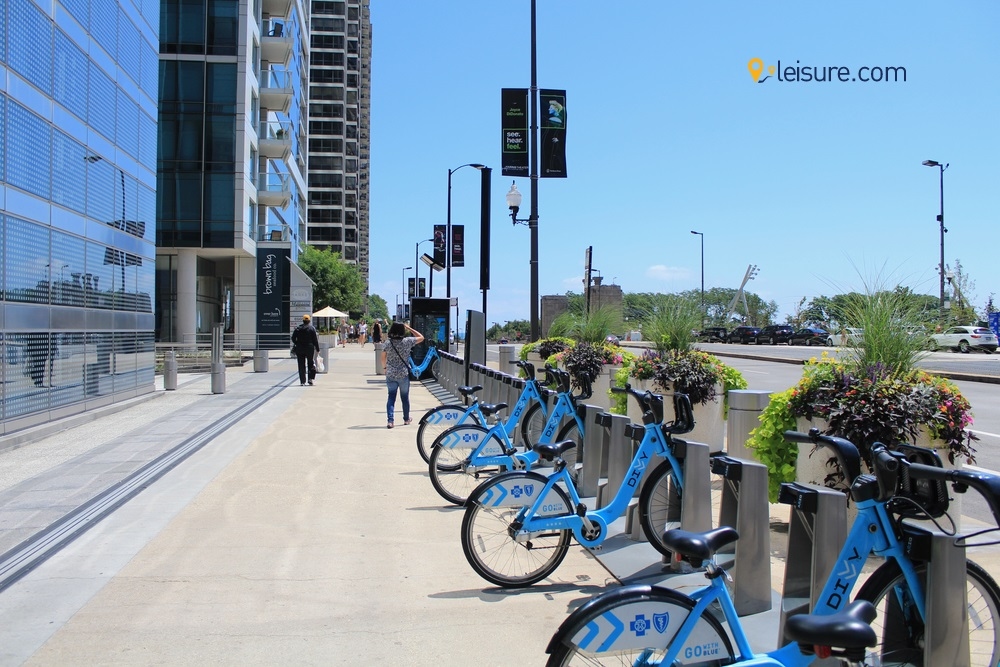 The city and the people of Chicago are extremely bike-friendly, and you’ll find plenty of people going around town on their hired bikes. There are over 5800 bikes in the city, run through a bike-sharing service called the Divvy app. You can hire these bikes from basically anywhere around the city, either from an app or through stations and kiosks. The fare of hiring the bike for a half an hour ride is $3. However, if you’re planning to make the most of your best tour packages to Chicago by exploring the neighborhood, then you should go for the day pass, which allows you to stroll through the city for up to three hours for $15. 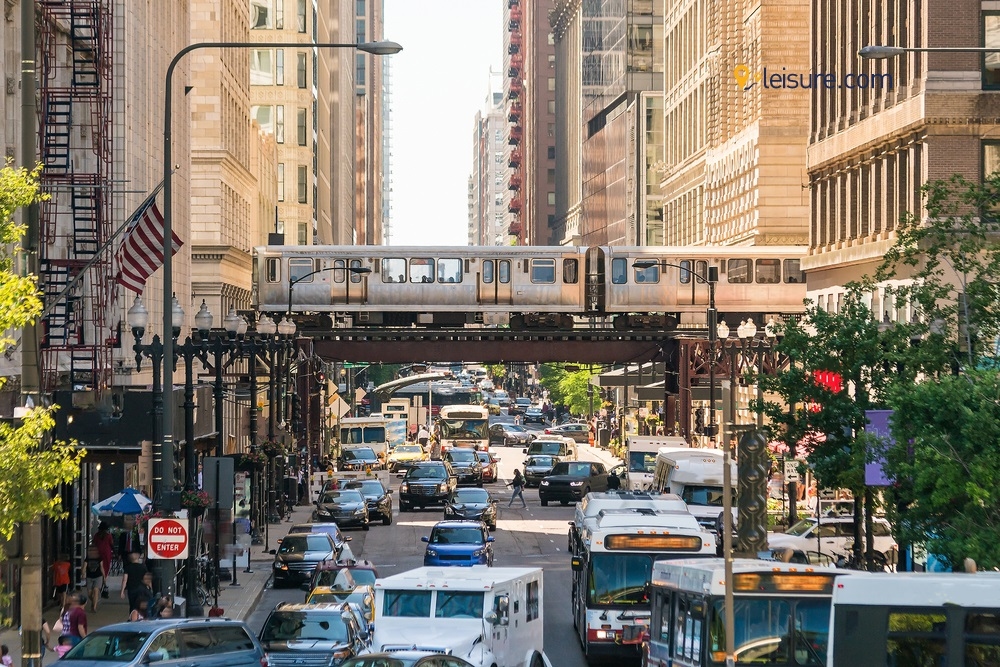 Apart from bicycles and water taxis, the public transport infrastructure in Chicago is also quite solid. Most of the neighborhoods in the city are connected through buses and the L train, managed by the Chicago Transit Authority (CTA). It is the second-largest public transport system in America with 8 L train lines and 129 bus routes. There are 145 train stations all over the city, some of which operate for 24 hours.

For an easy commute, it is best to include a Ventra card on your best tour packages to Chicago. It is a universal card which is valid on both trains and buses and offers a slight discount as well. If you’re planning to go around town through public transport, then the Ventra card will save you a lot of cash during your trip.

The city of Chicago has given birth to many greats and celebrities of the 21st century, including singers, musicians, political leaders, actors, and other known personalities. Some of the most famous being Robin Williams, Bobby Fisher, Michelle Obama, Harrison Ford, Walt Disney, Hillary Clinton, and many others. In addition, the city has a culture of vibrant creativity, which is why the city has also played a role in the careers of amazing artists in the entertainment industry such as Bill Murray, Steve Carell, Mike Myers, Stephen Colbert, and many others. So who knows, maybe you might bump into a Hollywood celebrity while watching a show and make your best tour packages to Chicago even better!