The History and Location of National Battlefield Parks in the US 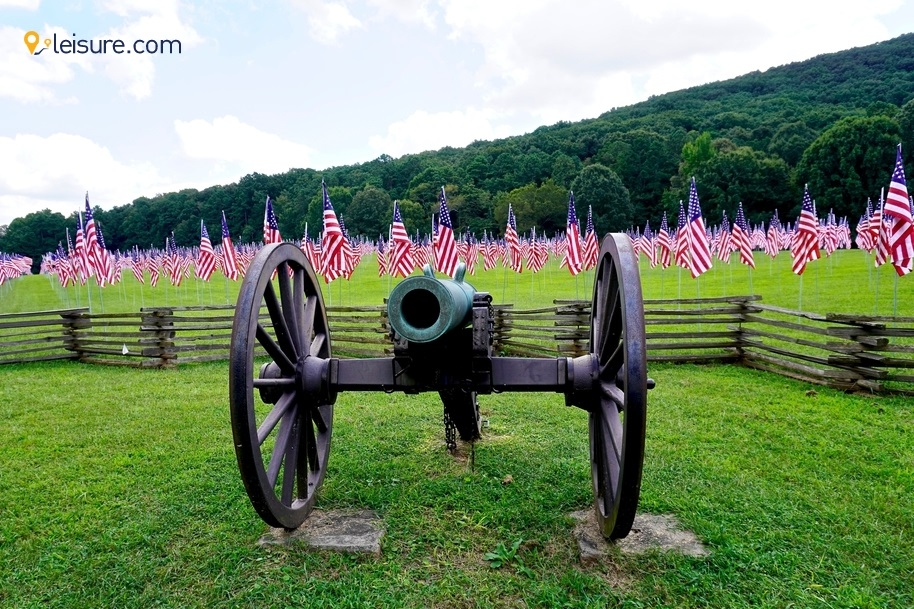 The designation is given to locations where historical battles were fought. These armed conflicts on American soil shaped the development and growth of the United States.

Chickamauga and Chattanooga National Military Park was created in 1980 by Congress. This was the first such site. Initially, the War Department used to maintain these sites. But the National Park Service took over on August 10, 1933.

The various designations represent Congressional attitudes during the authorization of each site. But "park" seems to be reserved for the more prominent sites.

Only Brices Cross Roads National Battlefield Site still bears that designation. This may be because it is small in size. The others have been redesignated since then.

The battle sites are listed on the National Register of Historic Places. This is valid for every historic area in the National Park System.

Let us find out about the various national battlefield parks in the nation. We will get to know some interesting information about the sites. 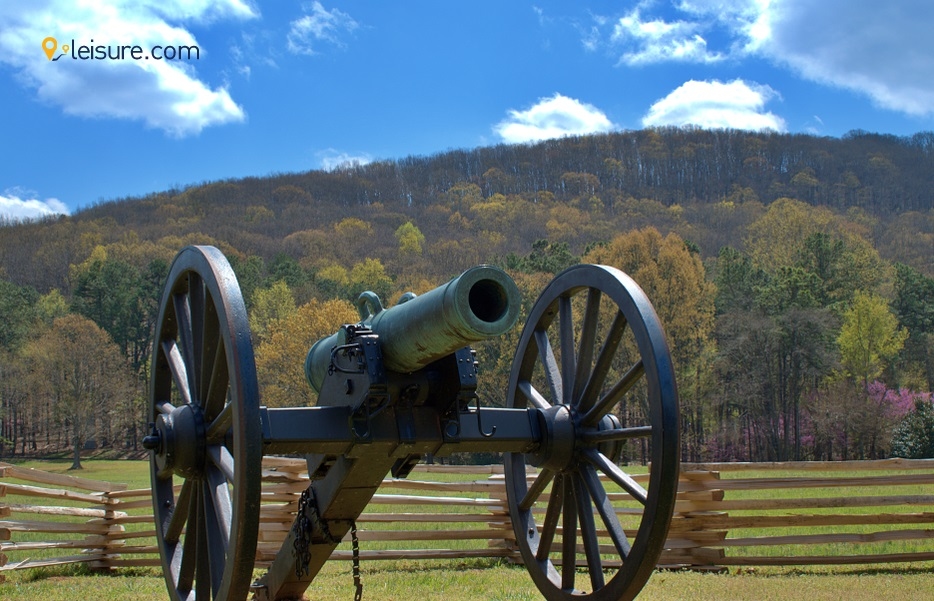 The park is located at 905 Kennesaw Mountain Drive. It is between Kennesaw and Marietta.

The name Kennesaw comes from the Cherokee Indian "Gah-nee-sah." This means burial ground or cemetery. The site was assigned as a US historic district on October 15, 1966.

The Battle of Kennesaw Mountain was fought here between Generals Joseph E. Johnston of the Confederate Army and William Tecumseh Sherman of the Union Army. It took place between June 18 and July 2, 1864.

Johnston had successfully blocked Sherman's advance with another defensive position. At that time, Sherman tried a direct frontal assault.

Kennesaw Mountain did not experience much of the battle. It happened on a spur of Little Kennesaw Mountain. It is now known as Pigeon Hill. The battle also took place in the area to its south, which was around Cheatham Hill.

More than 5,000 soldiers died during the battle. This was deemed a Confederate victory. But Johnston's Army nonetheless retired.

On February 18, 1917, the Kennesaw Mountain National Battlefield Site was established. On August 10, 1933, it was transferred from the War Department. On June 26, 1935, it was redesignated as one of the national battlefield parks.

On October 15, 1966, the park was listed on the National Register of Historic Places.

2. There are three battlefield areas.

One is in front of the Visitor Center. This is off Burnt Hickory Road. It is a major site at Cheatham Hill, which is commonly known as the Dead Angle.

Peter Valentine Kolb's farmhouse is at the southern tip of the park. A minor battle was fought here. The farmhouse has now been restored to its original condition. Then comes the Visitor Center. It contains a museum and an information desk. It also has a theater that screens movies regarding the battle fought there.

While navigating through 17.3 miles of interpretive hiking trails, interpretive signs, cannon emplacements, and historic earthworks can be seen. Three monuments represent some of the states who fought the battle here. These are Georgia, Illinois, and Texas.

Kennesaw Mountain is 1,808 feet above sea level. It is nearly a 664-foot gain in elevation to the mountain's summit from the Visitor Center. The hike up is almost 1.4 miles on the road and 1.1-mile on the trail.

In 1917, the US War Department authorized the protection of the Kennesaw Mountain National Battlefield. In 1933, it was transferred to the Department of the Interior. It was made a unit of the National Park System.

The 2,923-acre battlefield is the site of some of the heaviest combats of the Atlanta Campaign of the Civil War.

The site was set aside as an important cultural property. It was dedicated to public inspiration and interpretation of the historical events that happened there.

There have been concerns regarding the expansion of urban sprawl from nearby Atlanta, Georgia. The preserved areas of the battlefield may be in danger from misuse and overuse. 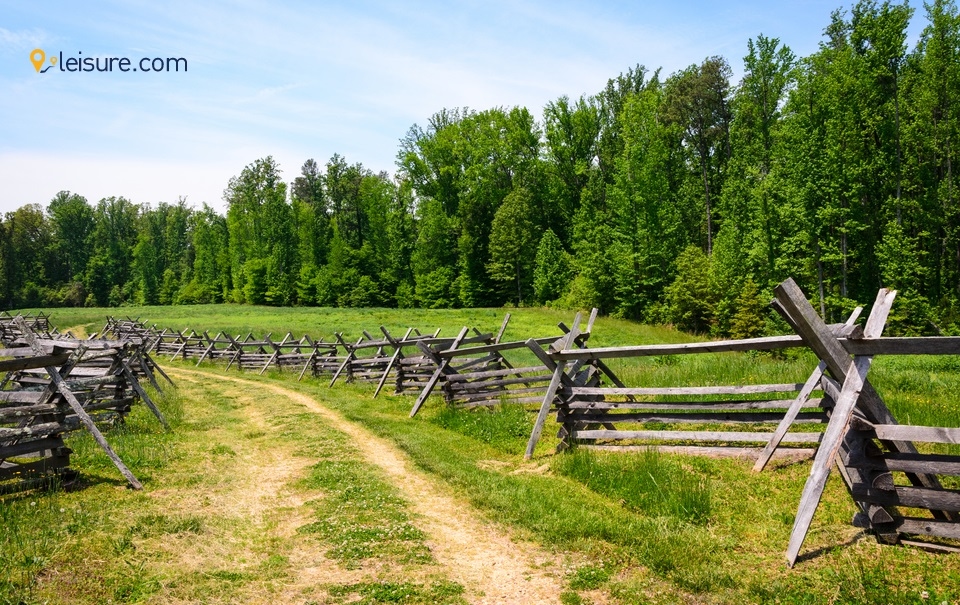 Manassas National Battlefield Park is another unit of the National Park Service. It is situated in Prince William County, Virginia. It is north of Manassas.

This is the site where Confederate General Thomas J. Jackson got his nickname "Stonewall." The site was established in 1940. On October 15, 1966, it got listed on the National Register of Historic Places.

The Henry Hill Visitor Center is situated on the south entrance to the park on Sudley Road. It offers interpretation and exhibits about the First Battle of Bull Run.

This includes Civil War-era weapons, field gear, an electronic battle map, and uniforms. The center shows the orientation film "Manassas: End of Innocence." There is also a bookstore.

In 2014, a find unearthed bone fragments. This led to the skeletal remains of two Union soldiers. The location is thought to be a Surgeon's Pit. There were several other limbs in the pit also.

Carbon dating proved that both died in the Battle of Second Manassas in August 1862.

The remains were moved on June 19, 2018. It was transferred to the US Army from the National Park Service. The Army buried them in the Arlington National Cemetery.

For most of the Civil War, it was the capital of the Confederate States of America. The park connects battle sites and defensive fortifications with certain features within the city.

In May 1816, Virginia voted to secede from the US. It became part of the Confederacy.

Richmond was soon chosen as the Confederate capital because it was a major manufacturing center. The city would witness great combat over the next many years.

Richmond National Battlefield Park spreads over the coastal plain of Virginia for almost 3,000 acres. It is bounded by the Chickahominy and James River watersheds.

Much of it preserved as per the times of the Civil War. Old-growth forests and scenic meadows are enabling abundant wildlife. Thus, it is one of the more scenic national battlefield parks. 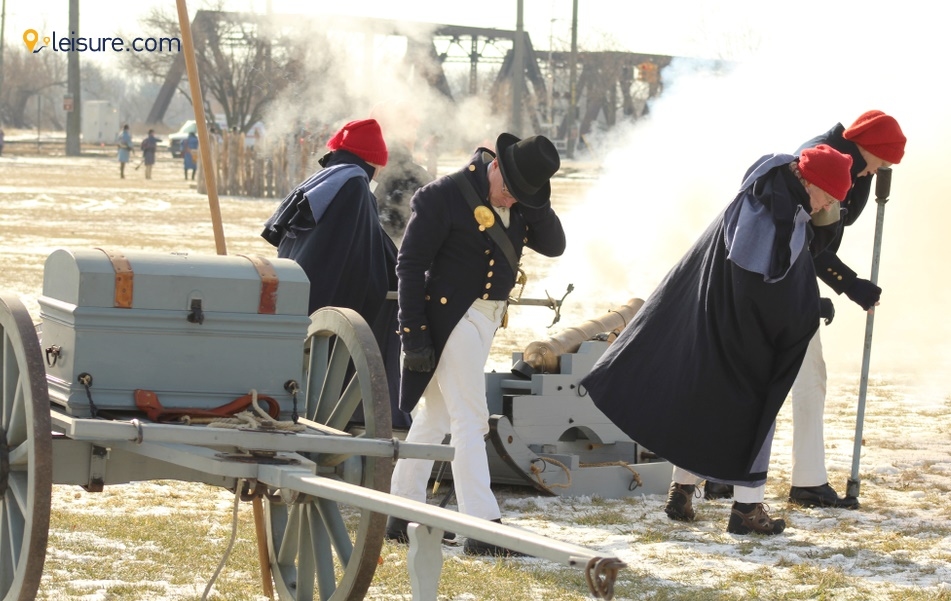 The River Raisin National Battlefield Park contains the location where the Battle of Frenchtown took place. It is the only national battlefield for the War of 1812.

The park is situated in the city of Monroe in Monroe County, Michigan. On February 18, 1956, it was designated as a Michigan Historic Site. On December 10, 1982, it was added to the National Register of Historic Places.

The site experienced the costly Battle of Frenchtown. Nearly four hundred Americans were killed, and 547 were taken prisoner. The Americans surrendered to the coalition of the British Army and Indian Army during the War of 1812.

The combat took place from January 18–23, 1813. The first engagement was a success for the American forces against the alliance of the British and the Indians. It is also called the First Battle of the River Raisin.

Their forced retreat angered the British and Native Americans. Four days later, they counterattacked the unsuspecting American forces on January 22. This was in the same situation along the River Raisin.

Most of the Americans were inexperienced troopers from Kentucky. They were unable to retreat from the ambush. American brigadier general James Winchester said that only 33 of his nearly 1,000 men escaped the combat. Almost 3,379 soldiers were killed, and 547 were taken prisoner.

This was the deadliest conflict on Michigan soil. In the entire War of 1812, it was the worst single defeat the Americans suffered. The day after the attack, dozens of wounded and defenseless Americans were killed. The Native Americans, mostly Potawatomi, killed them. This is called the River Raisin Massacre.

The total casualties of the Native American and British alliance are unknown. The surviving prisoners were forced to march to Detroit. The people who could not keep pace were killed on the way.

There is a debate whether some local or state parks are worthy of federal recognition or not. But it is widely acknowledged that the cream of the national battlefield parks resides in the National Park Service. This is both in terms of modern management and historical significance.

It is natural to create a hierarchy of national battlefield parks and their importance. This includes locally preserved county and city parks. It ranges upwards to those listed as national landmarks or patrolled by rangers in gray and green.