A Detailed Guide on Yosemite National Park - Explore The Wilderness 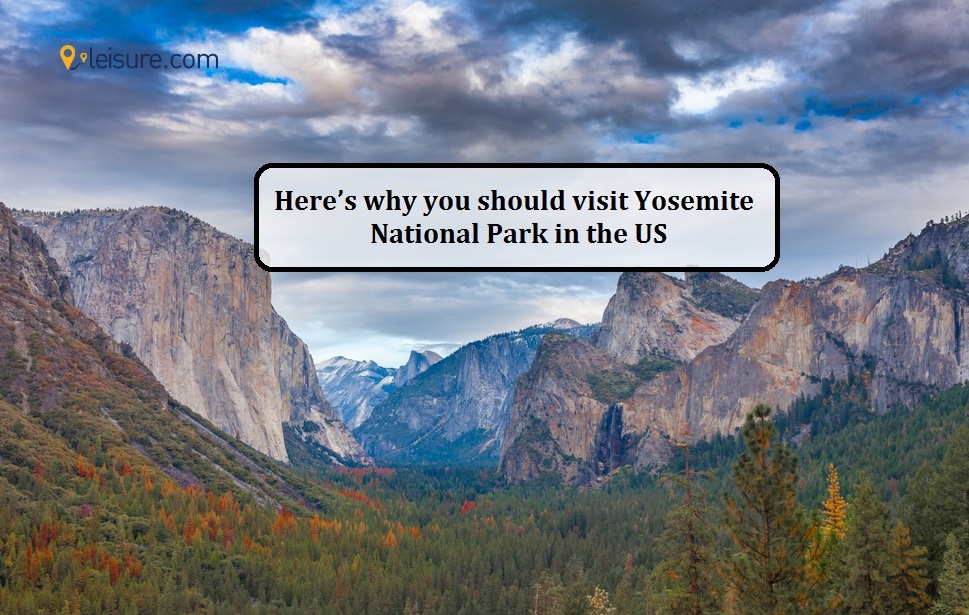 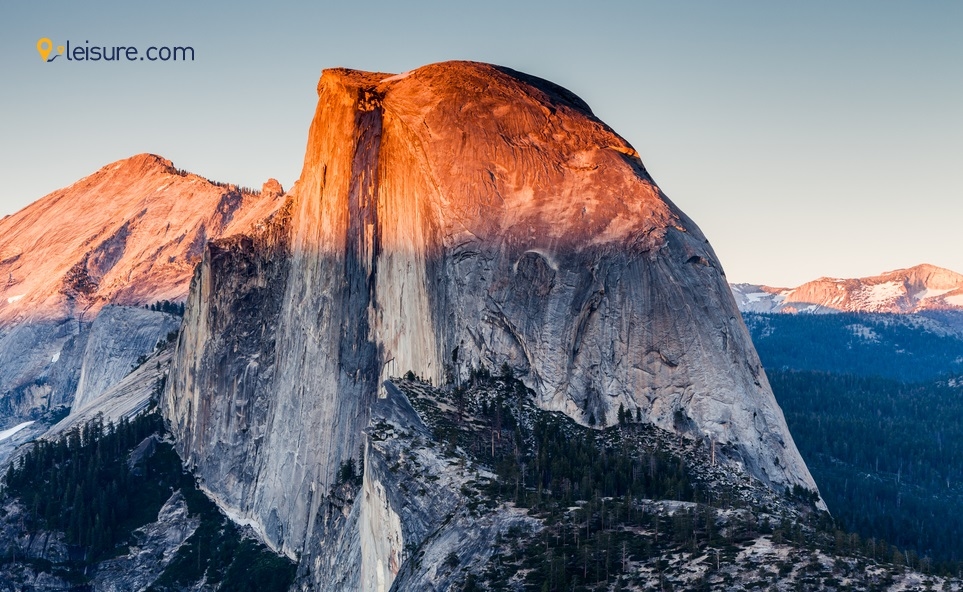 Yosemite is one of the biggest habitat blocks in the Sierra Nevada. It has a diverse range of animals and plants. It has five major vegetation zones. These are the alpine, subalpine zone, upper montane forest, lower montane forest, oak woodland, and chaparral. The park has suitable habitat for nearly 160 rare plants. There are unique soils and rare local geologic formations that symbolize the restricted ranges of several of these plants.

Yosemite National Park's geology is represented by remains of older rocks and granitic rocks. The Sierra Nevada was uplifted nearly 10 million years ago. It was then tilted to create its steep eastern slopes and gentle western slopes. The uplift increased the steepness of river beds and streams. This resulted in the creation of narrow, deep canyons.

Ice and snow accumulated nearly one million years in the past. This formed glaciers at the higher alpine meadows. These glaciers moved down the river valleys. During the early glacial episode, Yosemite Valley's ice thickness may have reached great depth. The U-shaped valley was cut by the downslope movement of the ice masses. It is this Valley that gets so many tourists to its scenic views today.

The National Park preserves the landscape. This is as it was before the Euro-American settlement. It has expanses of meadows and alpine woodlands, sequoia, fir, pine groves, and chaparral. The surrounding lands have been greatly modified by logging. But Yosemite National Park still has many acres of old-growth forest. The park's varied habitats have a large species of vertebrates. These include mammals, birds, reptiles, fish, and amphibians.

Yosemite National Park's western side has habitats covered by mixed coniferous forests. The trees present are Fir, Cedar, Pine, etc. There is also the presence of Canyon Live Oak and Black Oak. The habitats support a high diversity of species. This is due to the mixture of plant species and habitat types and relatively mild, lower-elevation climate.

The vegetation changes with an increase in elevation. The coniferous forests become purer stands of Foxtail Pine, Lodgepole Pine, Jeffrey Pine, Western White, and Red Fir. There are fewer wildlife species in these habitats. This is due to the lower complexity and the higher elevation.

Trees get smaller and sparser as the landscape rises. Areas break stands of exposed granite. Some of these are Mountain Hemlock, Whitebark Pine, and Lodgepole Pine. As treeline is reached at the highest elevations, this gives way to vast expanses of granite.

The climate in these habitats is harsh. The growing season is short. But many species have adapted to such conditions. The Sierra Nevada Bighorn Sheep favors treeless alpine habitats. They are now found only in the Tioga Pass in the Yosemite area. Here, a small, reintroduced population exists.

Meadows provide vital, productive habitats for wildlife at a variety of elevations. Animals come to eat on the green grasses. They use the standing and flowing water found in many meadows. In turn, predators are attracted to these areas.

Several animal species also favor the interface between forest and meadow. This is because of the proximity of cover for protection and open areas for foraging. Species dependent upon meadow habitat have Mountain Beaver, Yosemite Toad, Willow Flycatcher, and Great Grey Owl. 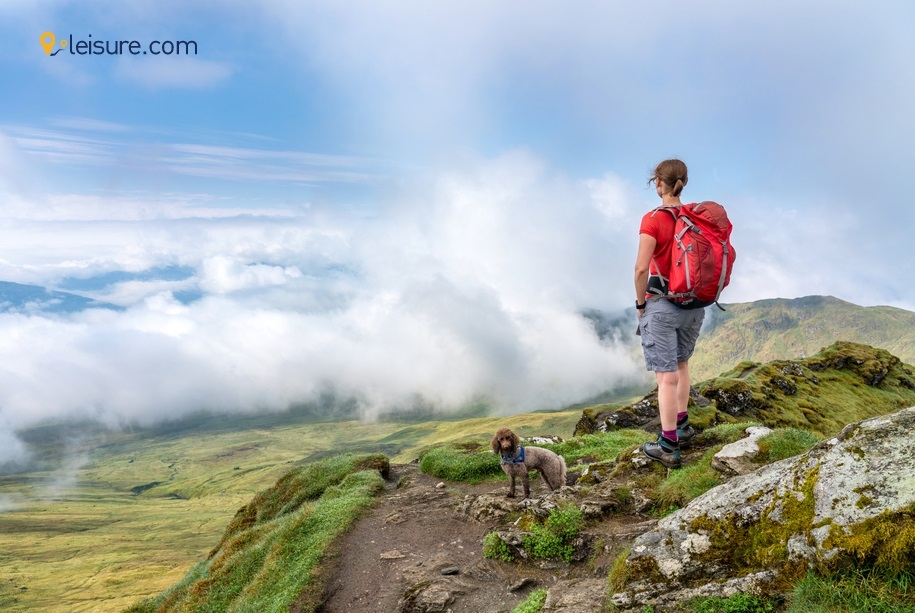 Hikers can access nearly 800 miles of trails. This includes everything from a challenging mountain hike to an easy stroll. You may even take an overnight backpack trip. Some of the most popular trails lead to the summit of Half Dome. They need an advance permit.

This is from late May to early October. Specifically, the Memorial Day weekend to Columbus Day. About 300 hikers are selected by lottery. Only they are allowed to advance beyond the subdome's base each day.

Some locations in Yosemite National Park can only be accessed by hiking. But other sites can be accessed through various vehicles. Driving sites also allow visitors to observe the night sky. It can be done on sites other than their lodge or campsite. All of the roads here are very scenic. But the most famous is Tioga Road. It is usually open from May or June through November.

Bicycles can be used on the streets as an alternative to driving. Mountain biking is not allowed. Bicycles are permitted off-road on only some miles of paved trails in the Valley itself. 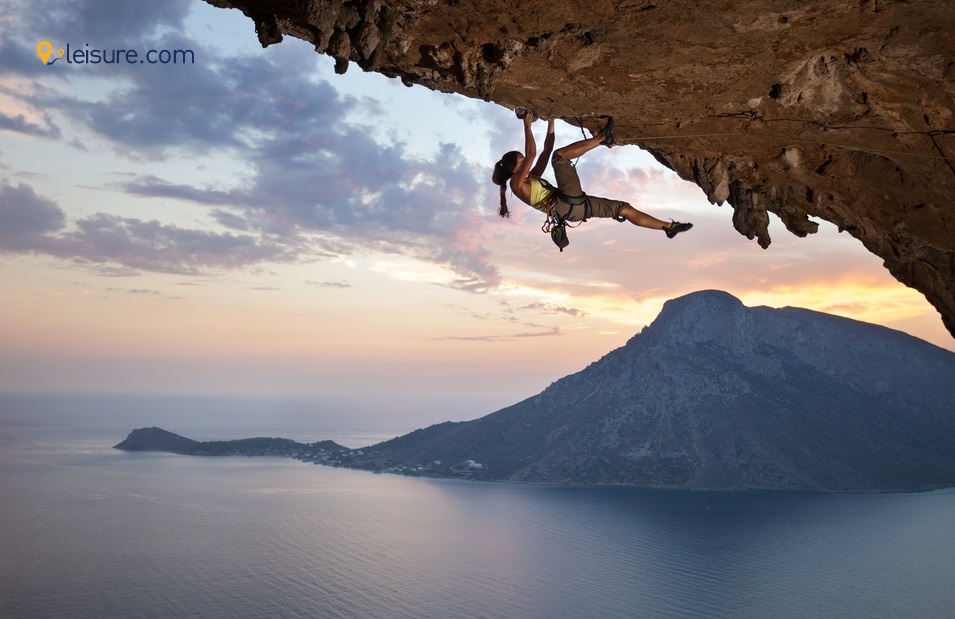 Rock climbing is a vital part of Yosemite. Yosemite Valley is surrounded by famous summits such as El Capitan and Half Dome. There is a walk-in campground in the Valley. It was instrumental in developing rock climbing as a sport. The National Register of Historic Places lists the camp.

Climbers can be spotted in the snow-free months. They can be anywhere from the face of El Capitan to high boulders. Several groups give classes on rock climbing.

Yosemite Valley is open the whole year. Some roads within the park shut down in winter. Downhill skiing is present in the Ski Area. The area allows downhill skiing from December to April. Much of the park is open to snowshoeing and skiing. There are numerous back-country ski huts open for use. Wilderness permits are needed for back-country overnight ski trips.

The Bracebridge Dinner is a yearly holiday event. It is held at the Ahwahnee Hotel. The dinner was inspired by Washington Irving's descriptions of English Christmas traditions. Ansel Adams has also organized the show in the past.

During summer, there are many water activities. Rafting can be done on the Merced River in the Yosemite Valley. There are also swimming pools present at Curry Village and Yosemite Lodge.

In 2010, the park was honored with its own quarter. This was under the America the Beautiful Quarters program. 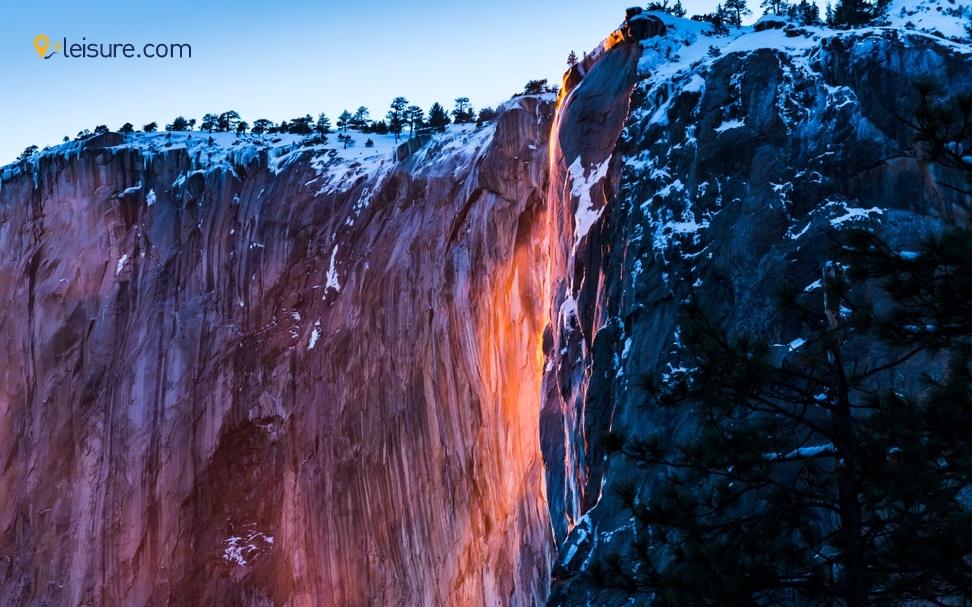 Horsetail Fall flows over El Capitan in Yosemite Valley. It flows only in winter. So, it is easy to miss. On some days, it can glow orange when it is backlit by sunset. The phenomenon is entirely natural. This effect happens on evenings with a clear sky. Cloudiness or haze may decrease the effect. It is reminiscent of the Firefall that used to occur from Glacier Point.

Yosemite National Park is well known for its waterfalls. But it has much more to offer. The park also has a considerable wilderness area, meadows, and valleys.

Yosemite National Park is a symbol of foresight. It has the peace of the High Sierra, the prolonged nature of life, the strength of glaciers, and the power of granite.