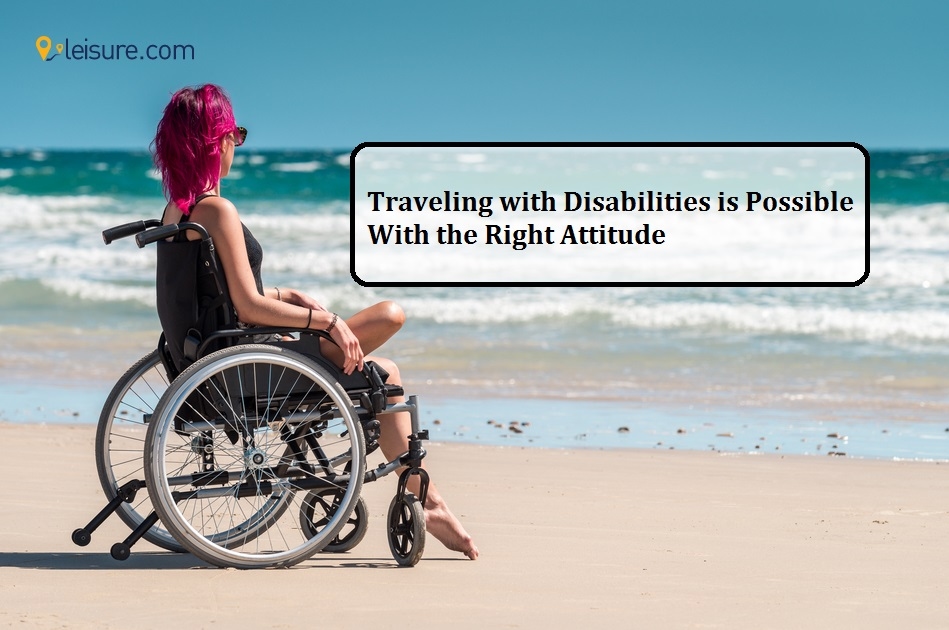 Do you think you are restricted when it comes to vacation because of your physical disabilities?

Traveling with disabilities is a life-changing experience, one that can rejuvenate your soul and your adventurous spirit. Disabilities can never inhibit your personal choice of exploring the world.

This is what Natalie and Josh believe in. This is a story saluting their heroic spirits, of how even when things were not falling in place for them, they did not give up on life. 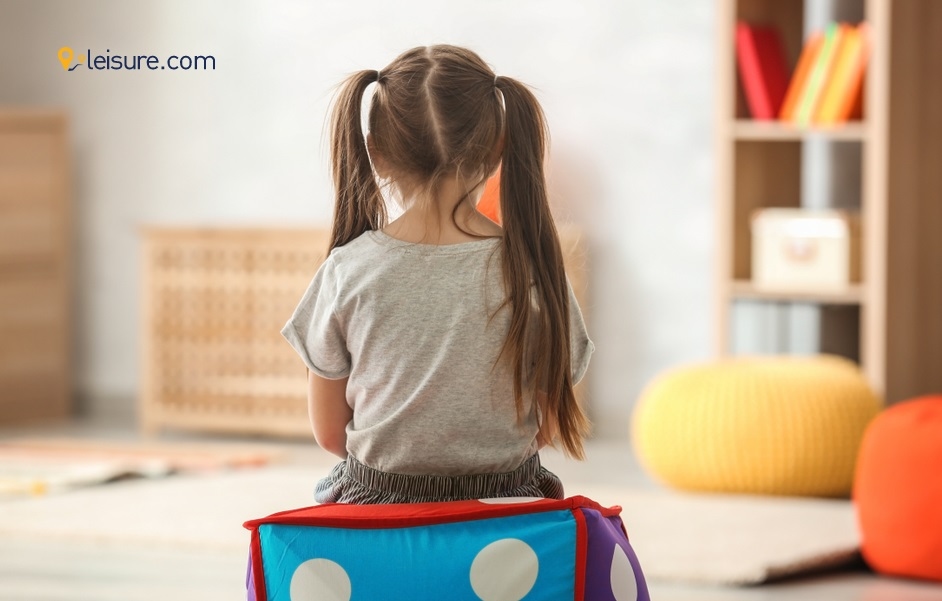 The first star of our article is Natalie. Natalie was 3 when she was diagnosed with autism. She began regressing, talked minimally or rarely, and was not eating the right food. Before the diagnosis, the family knew something was different about her, but none thought it would come down to this.

Every autistic child feels different from others. Natalie was non-verbal but was able to tell her loved ones whether she is happy or sad. Now, when Natalie was growing up, she was dealing with many things beyond comprehension. She couldn’t sit at a restaurant and eat a cheeseburger with her family like other teenagers because she had a bland diet.

However, now that she is getting older, she is enjoying traveling more and more. The more she travels, the better she gets and feels about herself.

Natalie is still a teenager and hence has only traveled with her family. But the traveling that Natalie has done, she has loved every minute of it.

Experiences in the United Kingdom

Natalie, with her family, takes a lot of trips to the United Kingdom. They do a lot of staycations in the UK, owing to their extended family living there. The facilities in the area also draw them there. The whole family enjoys the last-minute breaks at the caravan park and loves exploring the nearby area by the coast.

Natalie is currently living with her family in Limerick, Ireland, and they love the city, all thanks to its autism-friendly infrastructure.

Experiences in California and Disneyland

Natalie’s first long family vacation was to California and Disneyland. Both the places were chosen carefully by the family, owing to the availability of its special-assistance fast-track passes. Both the locations were super-friendly to Natalie and the family.

Natalie’s experiences in New York were decent. Though crowded, the family felt at peace looking at the hustle the city had to offer. They enjoyed it thoroughly, especially at the Met. The family was apprehensive about the subway and the crowds; however, they found the New York subways to be friendlier and more convenient than those in London. The subways in New York, with the elevators to the platform level, saved them a lot of trouble, because of which Natalie truly felt like a New Yorker during her visit.

Despite these great vacations, Natalie and her family did go through several troubles. Airport security is one of the biggest hassles we have seen so far in cases of people traveling with disabilities. The same was the case here!

Natalie’s family went through some troubles on their way back from California. The problem arose when they had to prove all the excess medication without any supporting prescription. Natalie’s mother was carrying more than 3.38 us fl. oz of melatonin to ensure Natalie slept right. Without a prescription, it led to a lot of hassle involving managers and other security personnel at the Heathrow airport. The liquid medication was tested, and they were allowed to move forward.

Another big challenge Natalie faced was staring. When the security was letting the family hit the priority queue at the airport, people started complaining about the “discrimination.” According to the people, Natalie looked “normal,” and they couldn’t believe she had autism. The family had to struggle with people in many airports around the world, including Ireland and California.

What would Natalie advise you?

Book your tickets in advance

Natalie would advise people traveling with disabilities to book flights in advance and let the airlines know about the special assistance you will require to board the flight. Airports will always have information regarding applying in advance.

By doing this, you will get through the security checks in a stress-free manner via the reserved section. You also get a hat, lanyards and a piece of paper with certain symbols on the same that helps others from the airport security and ground staff identify you better. This way, you get to board the flight first with the proper assistance.

Look for sensory rooms or playrooms.

Another piece of advice Natalie gives is that many airports have sensory rooms, where children like her can wait while the family waits to board their flights. Feel free to ask about them! 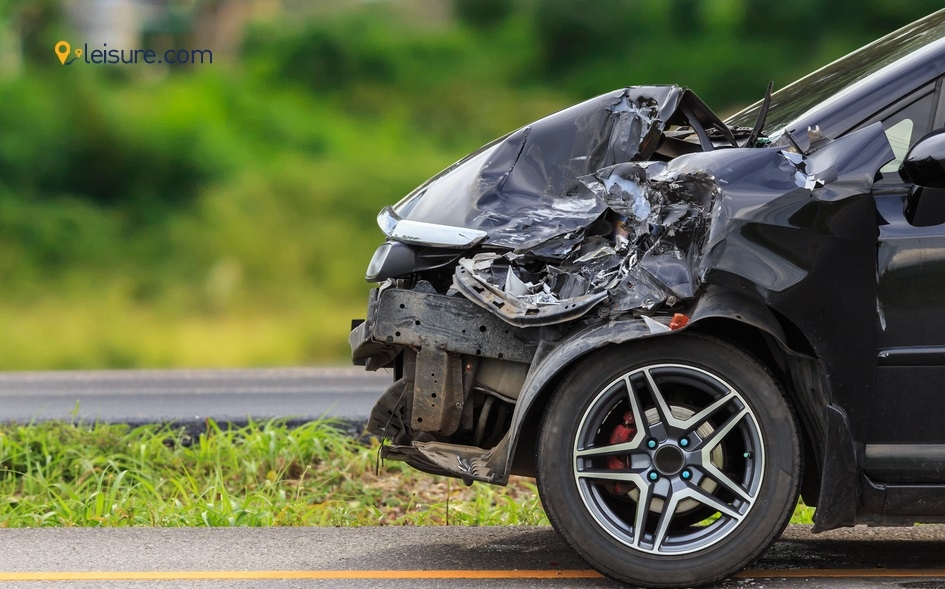 Josh was fresh out of college and was a teacher at a local high school in 2012 when he suffered from a major car crash, leaving him disabled. For Josh, it was not an end; rather, it was a new beginning. Life after 2012 put him on a completely different path.

Josh began his career as a corporate travel consultant and moved on to have his blog based on his experiences. Even before the accident, he always loved traveling, and it was not letting him stay back. The way he traveled after 2012 changed a little. He had to learn many new things, adapt better to his new surroundings and body, and started to travel as independently as he could.

Josh has always been a go-getter, which made sure his passion and spirit stayed alive through traveling. Josh believes that one can often rely on the people around as their safety net while traveling.

Experiences in Moscow and Cambodia

Josh’s travel experience to Moscow included help from strangers, who helped him hop on the bus, board cabs, and push him through museums in his wheelchair. At the same time, his experiences in Cambodia involved visiting many famous locations and scenic spots. People were extremely helpful in Cambodia as they carried him up through the steps to a church.

His trip to Cambodia had a significant impact on him. The country witnessed development in infrastructure for people traveling with disabilities. With now wheelchair-accessible public transportation, the country is highly convenient. The tuk-tuk now comes with removable seats and a ramp at the back. The simple changes Cambodia has made are ingenious and innovative.

Cambodia has many land mines from the Khmer Rouge Regime; hence the country has the highest number of amputees per capita in the world. Though generally not so great in terms of accessibility, Josh, a triple amputee, feels attached to Cambodia because of the small differences they are trying to make.

Josh’s vacationing experience in Berlin, Germany, was tremendous. It was one of the most memorable experiences of his life, owing to the ease and convenience the city offered to people with disabilities. Traveling with disabilities is made easier in Berlin because of their investment in particularly accessible infrastructure.

As per Josh, Hong Kong is one of the most accessible countries to visit in Asia. However, he did not have a great experience in Beijing. It was his first international trip, four months in a wheelchair. He was apprehensive about even leaving the airport.

Josh had trouble finding a cab to take him to his hotel since he did not have any pre-arranged transportation, and he could not easily find any accessible taxi. Beijing had invested in accessibility on its subway as a part of their 2008 Olympic Games, but it was not user-friendly in real life. The infrastructure was not maintained properly, making access to essential services like the subway a little challenging for people traveling with disabilities.

With Beijing being densely populated, it can sometimes be a hassle to find and navigate through wheelchair-accessible routes. There are curb ramps present to help people out, but overall the city is challenging if you are traveling alone.

There are good people present everywhere; you only need to ask for some help, says Josh. This is what happened in Beijing when he received help from a Malaysian man who spoke English, helping him easily navigate the city.

Josh believes and wants people like him to know that whatever they want in life is still possible, even with some helping hand.

According to Josh, accessibility is a major issue in multiple countries. Of all the places he has visited in the past, Cairo had the worst accessibility. The sidewalks in Cairo have no ramp, tourist locations and museums are inaccessible. You cannot travel around the city without help.

In Copenhagen, Josh had to face some difficulties, though not as bad as in Cairo. While in Copenhagen, he had to take the bus, which was pretty accessible by people in wheelchairs as per his research. However, to access these buses, he still needed the help of the bus driver. The driver did not get up to help him, whereas nobody on the bus helped. Josh was left behind, unable to get on the bus, making him feel disrespected and bad about himself.

Ignorance, insensitivity, and discriminatory behavior like this are one of the things that seemed odd to Josh in such forward-thinking and progressive countries.

What would Josh advise you?

Josh believes that people with disabilities need to start slow when it comes to traveling. They need to start from their cities or the country they live in. Start by taking the bus in your city, try and get a cab alone at first.

Do not be discouraged by anything that goes wrong. Challenges will always be there, but you need not lose your foresight to get above them to emerge victoriously. There is nothing people with disabilities cannot do!

Help comes in various forms from people. Josh believes in finding the good in everyone. Almost everyone has good intentions when offering assistance, so do not distrust them or refuse help.

Gather all the information

Use Google Maps and Street View

To figure out whether or not a street or subway is wheelchair accessible, Josh often looks at the street view to work out the access and the route he is supposed to take.

Yes, there are a lot of problems when it comes to traveling with disabilities. However, do not let them dampen your spirits. Natalie and Josh are just two people who chose not to focus on the disability. Rather they chose to focus on having the best time of their lives. They decided to focus on the bright spots.

They understand that traveling is not just about going to a new place, rather about celebrating life.

The world is meant for all people, and it should not restrict people based on their impairments.