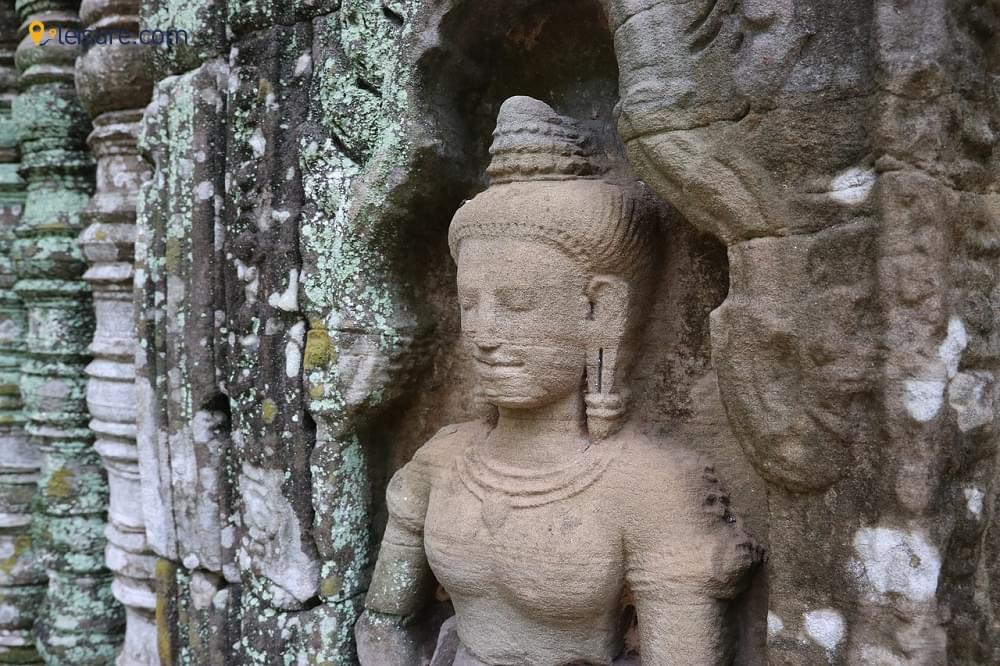 This is one of the best Cambodia tour packages for a short vacation. Explore Angkor Wat and visit the enchanting floating villages of Cambodia. See Ta Prohm jungle temple, embraced by the roots of enormous fig trees, and trek along tranquil forest roads that are inaccessible by car. View Cambodia's dense jungle from the top of Ta Keo Temple, built by the Khmers over 1,000 years ago.

On this private 3-day tour visit the ancient Buddhist university of Preah Khan, built in the 12th century for King Jayavarman VII, and admire the famous island temple Neak Pean.

Go boating on the largest freshwater lake in South East Asia, and see one of Cambodia's famous floating markets as well as a crocodile farm. Experience the exquisite ‘Women’s Citadel’, then trek up Kbal Spean Hill to see the hidden waterfall and an 11th century carving of Hindu deities on the river bed. Then visit Banteay Samre Temple.

Morning visit to Ta Prohm, the so-called 'Tomb Raider Temple', Ta Prohm is cloaked in dappled shadow, its crumbling towers and walls locked in the slow muscular embrace of vast root systems. Undoubtedly the most atmospheric ruin at Angkor, you get mesmerized with the stunning beauty of Ta Prohm. Its appeal lies in the fact that, unlike the other monuments of Angkor, it has been swallowed by the jungle, and looks very much the way most of the monuments of Angkor appeared when European explorers first stumbled upon them.

From Ta Prohm continue to Tanei, a late 12th Century stone temple located in Angkor,built during the reign of King Jayavarman VII, it is located near the northwest corner of the East Baray, a large holy reservoir. It was dedicated to the Buddha., and then continue to Ta Keo Temple.The pyramid shaped Ta Keo was build to represent Mount Meru, the mountain that is the center of the world in Hindu mythology.

In the afternoon visit to the Victoria Gate of Angkor Thom, Elephant Terrace, and Leper King Terrace, the enclosure of the Royal Palace. Also visit Phimeanakas Temple, Baphuon Temple, and the impressive Bayon Temple.

Evening dinner at a local restaurant with an Apsara traditional dance performance.

This morning you will start with  Preah Khan, one of the largest complexes at Angkor, a maze of vaulted corridors, fine carvings and lichen-clad stonework. It is a good counterpoint to Ta Prohm and generally sees slightly fewer visitors. Like Ta Prohm it is a place of towered enclosures and shoulder-hugging corridors. Unlike Ta Prohm, however, the temple of Preah Khan is in a reasonable state of preservation thanks to the ongoing restoration efforts of the World Monuments Fund (WMF). After Preah Khan we will continue to Neak Pean,

a small temple located on an island in the center of the now dry Jayatataka baray, a water reservoir 3,500 meter long and 900 meter wide. Initially dedicated to the Buddha, the temple was rededicated to Lokeshvara, the Bodhisattva of compassion.

In the afternoon visit to the largest freshwater lake in Southeast Asia which are called water village. Living on a boat without tap water, natural gas connection, internet or anything you expect in a place called home: That’s what floating villages in Cambodia are like. They might not be delightful attractions in the conventional sense but definitely a must-see if you want to understand the country and its people.

Today Morning you will visit to Banteay Srei. Considered by many to be the jewel in the crown of Angkorian art, Banteay Srei is cut from stone of a pinkish hue and includes some of the finest stone carving anywhere on Earth. The art gallery of Angkor, Banteay Srei, a Hindu temple dedicated to Shiva, is wonderfully well preserved and many of its carvings are three-dimensional.Banteay Srei means ‘Citadel of the Women’, and it is said that it must have been built by a woman, as the elaborate carvings are supposedly too fine for the hand of a man.

From Banteay Srei you will continue to Kbal Spean, and enjoy a picnic lunch followed by a sweet trip to to a sugar palm farm to meet the local farmers.

There after you will visit Banteay Samre Temple, one of the smaller Angkor temples, the Banteay Samre takes its name from the Samre people that inhabited the area.

The temples pediments and lintels are decorated with very intricate and well preserved carvings of Hindu mythological stories and Buddhist depictions.

As an inscribed stele giving information about the founding of the temple has not been found, it is not known what year the temple was built. Judging from its style and ornamentation, it is likely that the Banteay Samre was built around halfway through the 12th century during the reign of King Suryavarman II.

At the start of the 20th century the Banteay Samre was overgrown with jungle. It was restored during the 1930’s using the anastylosis method, that aims to restore the monument as close as possible to the original.

In the afternoon, return to the city, where the tour ends at your hotel. 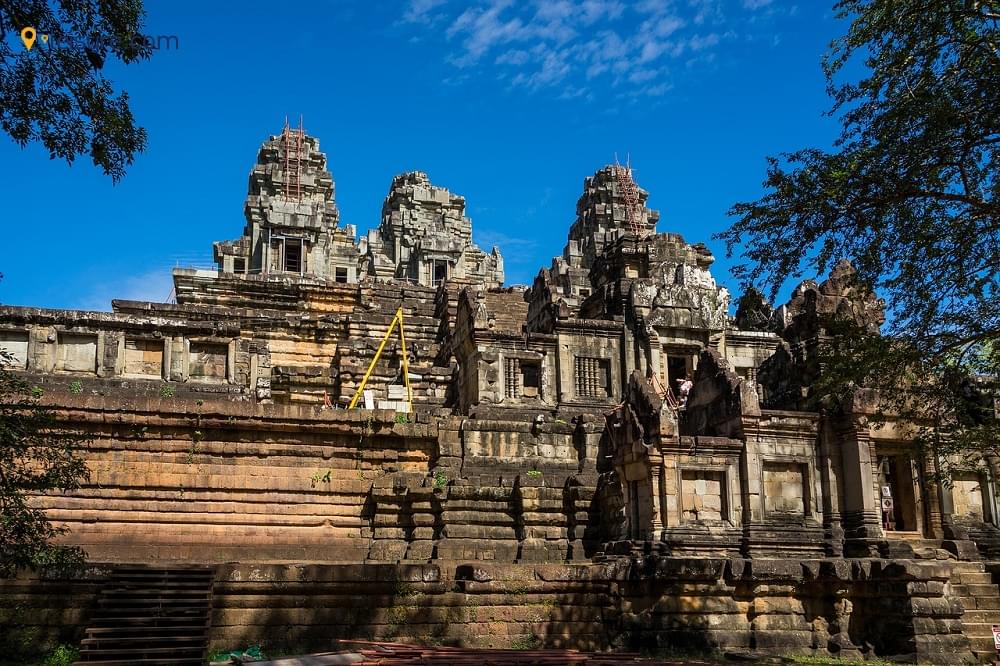 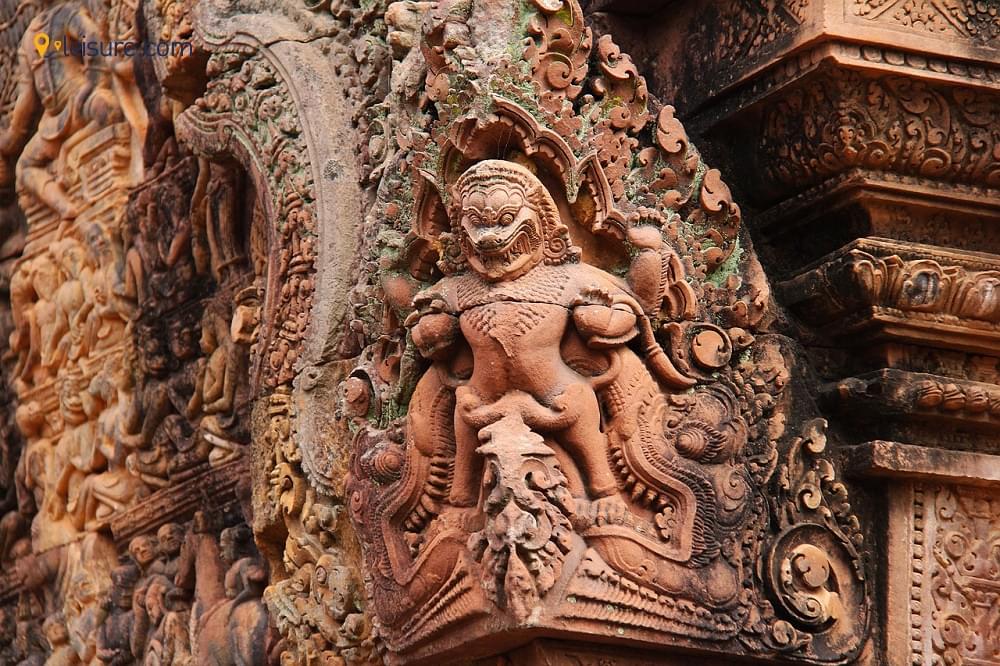 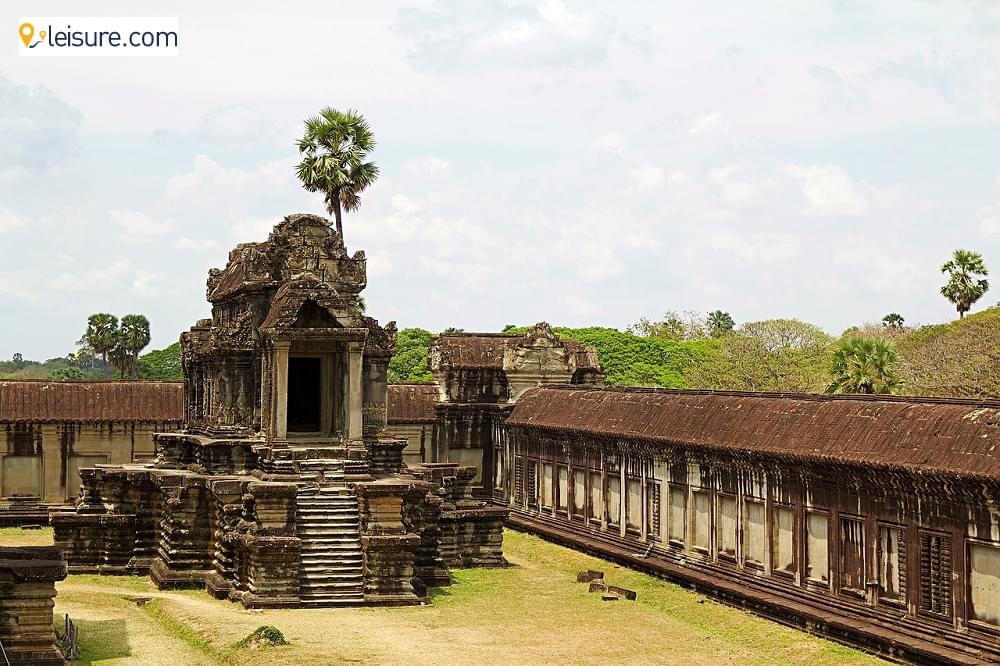 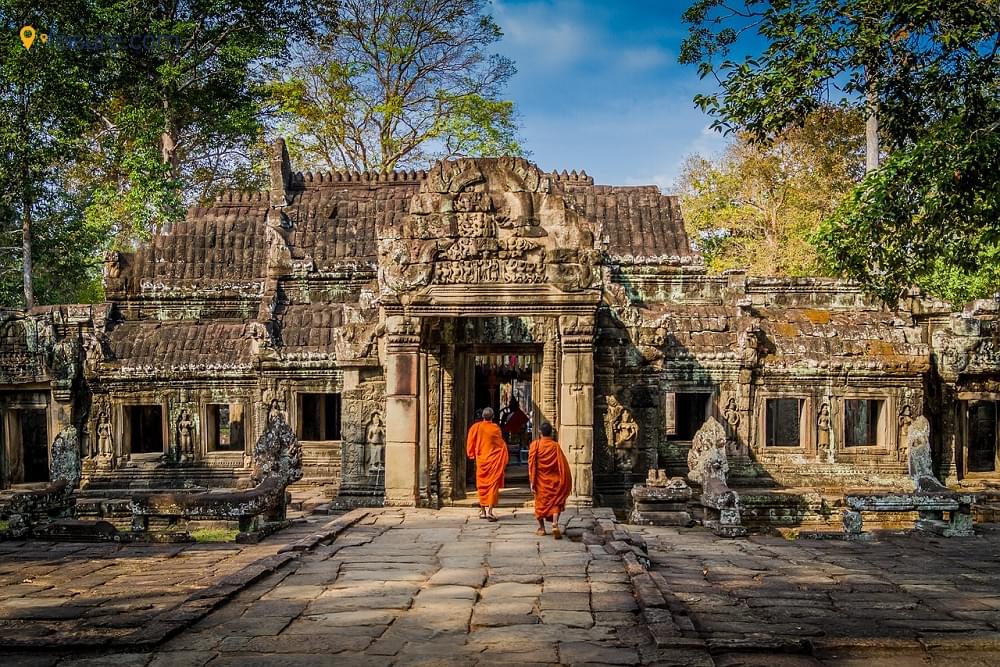