Ukraine is undoubtedly an up and coming holiday destination within Europe. Each and every region has distinctive traditions and culture, as well as their own historical heritage. To explore the entire country, 11 days is surely not enough. Nevertheless, if you only have a limited time for your journey, here is one of the most effective and interesting routes to travel Europe on a budget and see the best of what Ukraine has to offer. Read More 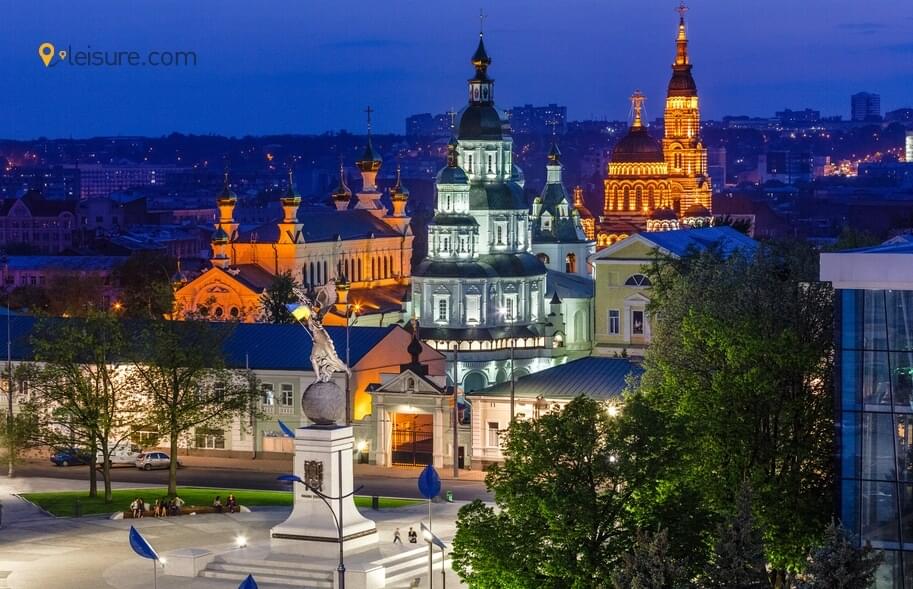 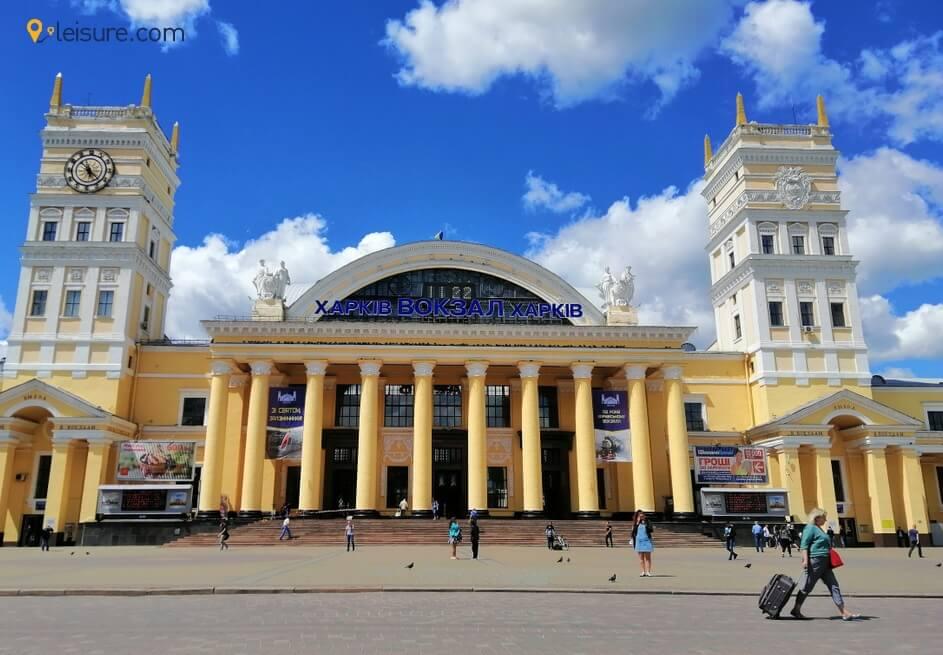 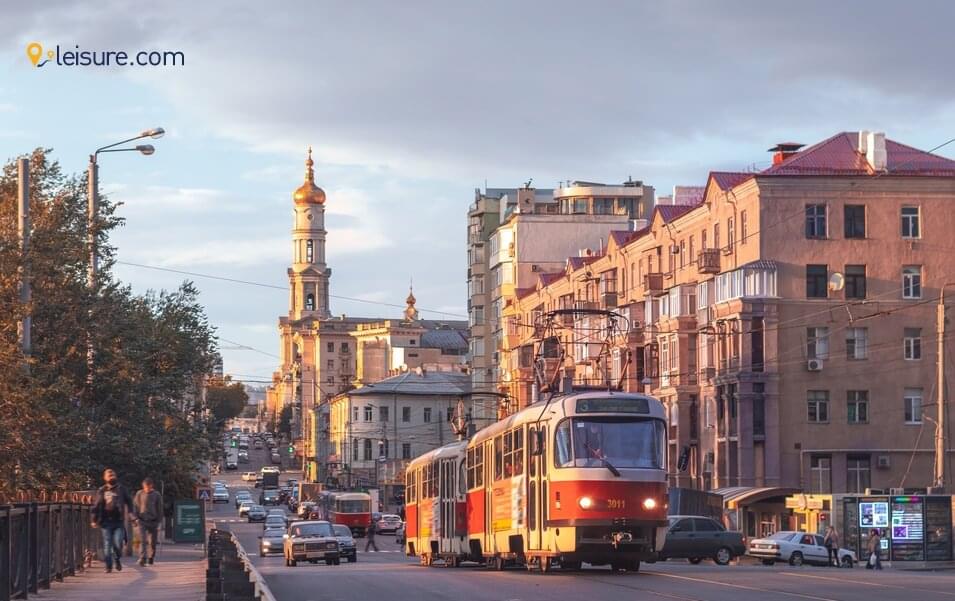 Ukraine is undoubtedly an up and coming holiday destination within Europe. Each and every region has distinctive traditions and culture, as well as their own historical heritage. To explore the entire country, 11 days is surely not enough. Nevertheless, if you only have a limited time for your journey, here is one of the most effective and interesting routes to travel Europe on a budget and see the best of what Ukraine has to offer.

A Brief Look at the Ukraine Tour

The western Ukrainian city, Lviv seems to be on everyone’s holiday list these days and for very good reasons. The city is beautiful. Upon arrival in Lviv, you will naturally be captured by the city’s glamour as soon as you step foot in it. The reason Lviv is in this list because that gives tourists the chance to see another place as well outside of Lviv if they wish.  There are a number of day or overnight trips available that can help you while planning. Sometimes you just love a city and wish to stay there as long as possible.  Most people feel the same way about Lviv. So, book the tour at your own discretion.Things to do in Lviv: Most people actually go there for the coffee and craft beer scene.  Ukraine is a gold-mine for appetizing coffee and cool cafes and so caffeinate your way around Lviv in the mornings and afternoons and then later imbibe in some of the delicious and local craft beers in the evening.Some of the most popular places in Lviv are the Lviv Opera House, Lychakiv Cemetery, the main square (Rynok Square), and The High Castle Park. The city is famous for its luxurious architecture and enthralling history.

The Black Sea city of Odessa is one place which everyone loves and connects to. It is highly recommended for you to have enough time to explore this city properly. During the winter season, the city is calm however during the summers it becomes more energetic and active as it is a very famous Black Sea resort.The locals here speak Russian and actually has a very distinctive architectural vibe than other cities in Ukraine. The quaint atmosphere during the winter months also lends itself to a unique experience that you just can’t get in other Ukrainian cities.Things to do in Odessa: One of the best things to do in Odessa is heading down the Potemkin Steps to the seaside. During winters, the beaches tend to be empty yet beautiful and chilly.  Some of the other popular things to do in Odessa are hanging around the Teatralnaya Square, stealing a glimpse of the Vorontsov Lighthouse, and strolling down Deribasovskaya Street or Primorsky Boulevard.

Like every other city in Ukraine, cafes rule the streets here and you can find heaps of appetizing coffee and cafes to chill out. There is also a growing culinary scene happening and many new restaurants are popping up everywhere. While the winter tourism has yet not quite piqued up in Odessa, more and more flights are landing into Odessa so it is just a matter of time.

Ahhh…. This one is a personal favorite. The most beautiful city in the entire world. The madness of this city and the peaceful and quaint corners you stumble upon so unexpectedly are heavenly.  The coffee and the craft beer scene is amazing here. The optimism of people has been noticed in recent years as they are trying to rebrand their country. You are guaranteed to fall hard in love with this wonderful city.While economic problems in Kiev are still pretty widespread, people are really working hard on improving them and the young entrepreneurs existing in the city exhibit so much hope.

Things to do in Kiev: It is really difficult to decide as from where to start. There is something or the other in the city for everybody. The city is famous for its gold domes atop the Orthodox churches ever-present here. Traverse to Kiev’s Pechersk Lavra, or Monastery of the Caves, and steal a glimpse into one of the fanciest UNESCO World Heritage Sites existing anywhere.

From there, head out to the Arsenalna Metro Station, the world’s deepest metro station. Later, pop by to a cafe and relish some of the best coffee in Kiev. We recommend Podil which is called First Point. They serve here a killer flat whiteThe restaurant scene in Kiev is rising rapidly. In fact, some of the best chefs in the globe have Kiev on their list. In case you wish a more ‘liquid’ type of a diet, know that Kiev’s craft beer scene is no joke. It is literally ever-changing and getting better and better every passing minute! There is even a craft beer shop across the river situated in an area that receives no tourists, which implies that the locals are also enjoying it with passion.

As already mentioned, Kiev is famous for its monasteries and churches. Visit St. Michael’s Cathedral, St. Sophia’s Monastery, and St. Andrew’s Church. However, not all architecture in the city is in the form of a church. Kiev has some really outstanding Soviet architecture that still exists. There is just so much to do in Kiev.

A couple of years ago, Kharkiv would not have really made to this list. The reason was not that it isn’t amazing. It was just because getting here was a hassle. Nowadays, there is a fast train from Kiev, a number of overnight trains, and quite a few airline options available to take you to the former capital city of Ukraine, Kharkiv in the east.This is undoubtedly the most underrated city in Ukraine. So many tourists ignore it for the west which is definitely a mistake. Adding this amazing city to your Ukraine itinerary will be the icing on the cake. Kharkiv is situated in eastern Ukraine near the Russian border. However, do not fret. it is safe to visit. The second largest city in Ukraine is sprawling, has an amazing metro system, and has even amazing architecture. However, what is even amazing about the city is its nightlife and cafe scene. There is an abundance of good restaurants and friendly locals in Kharkiv. The younger generation here loves promoting their city and country.

Things to do in Kharkiv: One of the most remarkable buildings in the city is the Derzhprom, which is a fine example of Soviet architecture in Kharkiv.  It is huge. There are also a couple of other buildings that are amazing such as the Annunciation Cathedral and Dormition Cathedral. Also, visit Gorky Park in the center of Kharkiv.  It is lively and the cable cars running through it is a lot of fun!

Find craft beer bars and cafes easily in Kharkiv and there is a lot of theatres, cultural, and history, that exists in the eastern city. Two days is too short to explore the city but will a good introduction to the city.