12 Best Hotels In New York For Your Next Getaway

New York is the city that never sleeps. It is an expensive city, but you could get a luxurious stay if you loosen your pockets a bit. After strolling around the city, eating fantastic food, and shopping, you would need a place to relax, and you can get anything from intimate spaces to big spacious rooms. The city is enormous, and deciding on a place to stay can be challenging. There are many options to go for, from five-star to boutique spots; the best hotels in New York have a lot to offer.

New York City is the pinnacle of luxury hotel stays. The Big Apple's R&R is entirely exceptional, with everything, from swanky lounges with panoramic views of the city to deluxe spas, high-thread-count linens, and sumptuous five-star restaurants. It's decadent, debauched, and indulgent in the best possible way.

1. The Carlyle, Upper East Side 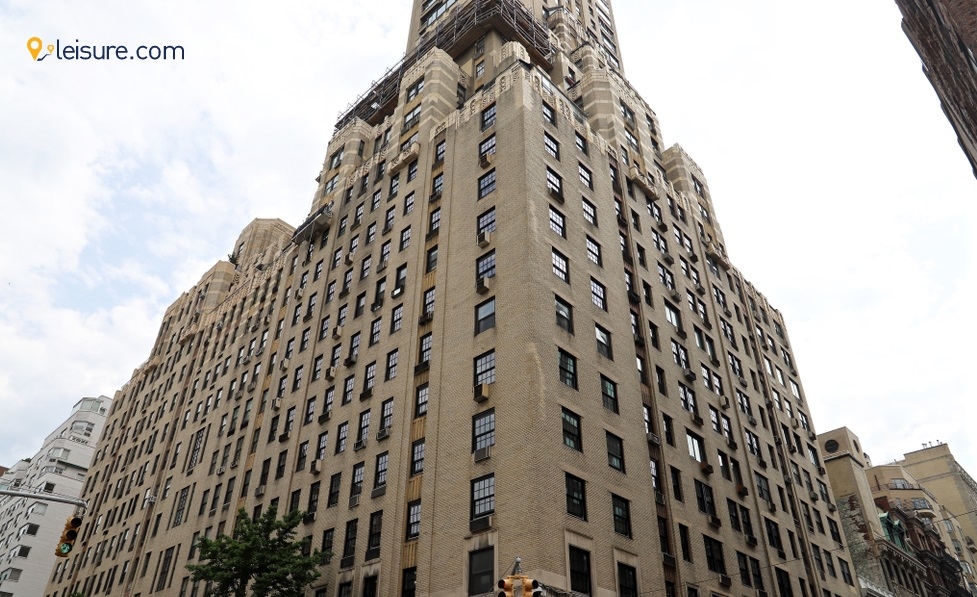 It's an iconic bit of the city. It's where Princess Diana stayed during her royal visit in the 1980s and where her son Prince William returned two decades later with his new bride Kate Middleton. John F. Kennedy spent so much time there that it was dubbed the "New York White House." The Carlyle, a timeless capsule of classic New York, exudes the 1930s glamour from the moment you step into the black-and-white marbled lobby.

Guests are treated to the best amenities and services available, including in-house boutiques for everything from florists to art galleries and as well as nearby designer shopping at Vera Wang, Perrin Paris, and others. The rooms are impeccably appointed with posh interiors, and the luxurious bathrooms are well-stocked with Kiehl's bath products. It's aesthetically classy with its interior and modern with its notes. It's the place where luxury is, which makes it rank amongst the best hotels in New York.

The Mark keeps its guests at the epitome of luxury. With its refined decor and brilliant service, you cannot go wrong with it. It has a big spacious room, and every room comes along with oversized marble soaking tubs as a standard deal. The Mark, where many celebrities get ready each year before the Met Gala, is flawlessly elegant in its Jacques Grange-designed interiors and Upper East Side luxury.

To visit the nearby 5th Avenue boutiques, hop on one of the hotel's custom bikes or a black-and-white striped pedicab. Though you don't have to leave the hotel for the best in high-end shopping, pampering, and dining, Jean-Georges Vongerichten, executive chef at The Mark Restaurant by Jean-Georges on the ground floor, will pack a personal lunch for a posh picnic in nearby Central Park. And, of course, you'll be riding in style on one of the hotel's custom-designed bikes.

ModernHaus Soho offers you luxury, relaxation, and calmness all around you. ModernHaus Soho is located in Manhattan, near a metro station, and in the city center. There are 114 rooms spread across 14 floors, with ten different room categories, all of which are spacious. Its Veranda restaurant serves a modern American menu with global nods to cuisines from Mexico, South America, India, the Middle East, and Portugal, the ancestral home of Michelin-star head chef George Mendes. 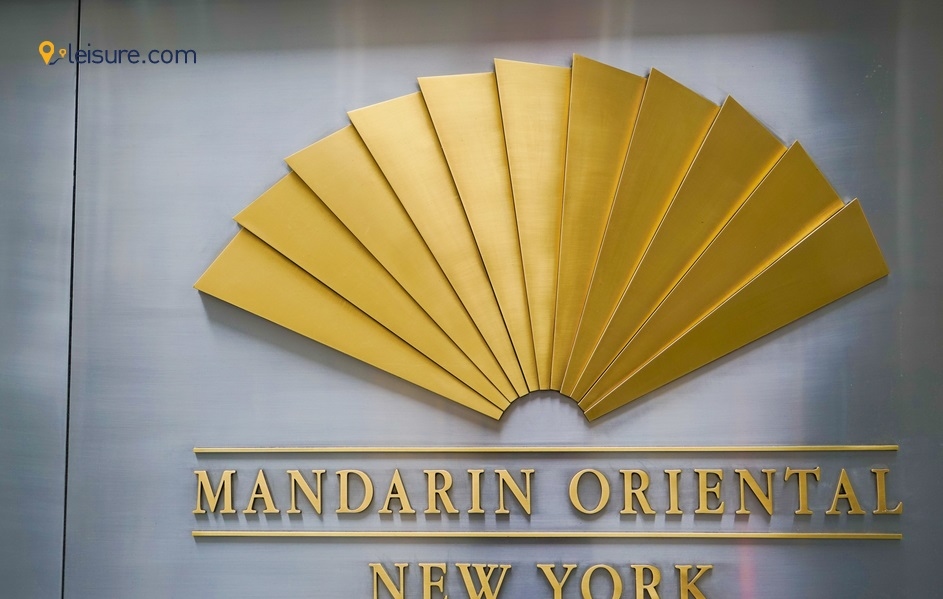 Mandarin Oriental offers you the best views. This luxury hotel, which enjoys a prime location on top of the Time Warner Center and is within easy reach of all of New York's legendary sites, shops, and attractions, houses 244 sumptuous rooms and suites, all of which feature floor-to-ceiling windows with stunning views of the Hudson River, Central Park, or Manhattan's glittering skyline.

Lotte New York Palace is a boutique hotel. This classic hotel, located in one of the city's most popular tourist areas, entered a new level of excellence following a renovation in 2015. From the opulent lobby to the spectacular in-room views of St. Patrick's Cathedral, indulgence comes in many forms, which is why it holds a strong position in the list of best hotels in New York.

The Four Seasons Hotel New York is located between Park, and Madison Avenue, steps away from Carnegie Hall, Central Park, and the Museum of Modern Art. Four Seasons is the only five-star hotel in town. The 52-story structure offers 360-degree views of the city, including coveted rooms with views of Central Park. The accommodations are not only comfortable but also spacious—and not just by NYC standards. Rooms start at a comfortable 500 square feet and grow from there.

Spend $50,000 per night on the Four Seasons' Ty Warner Penthouse, and you'll get a sprawling 4,300 square feet of extravagant luxury, including four glass balconies and a chauffeured Rolls Royce Phantom, 24/7 butler service, and unlimited caviar, champagne, and in-room massages. The Garden, on the other hand, overlooks the hotel's grand lobby and features "Eat Here."

Robert de Niro owns a portion of the Greenwich Hotel, which maintains an unassuming, quiet comfort. It offers a luxurious Pied-à-Terre in the trendy Tribeca neighborhood. The tufted leather seating and fireplace complement the wood-beamed ceilings and exposed brick, while a Japanese influence can be seen in the folding room dividers, shoji-style panels, and the tranquil courtyard garden. The design paid special tribute to fine craftsmanship and reclaimed much of the woodwork.

For example, the private, lantern-lit swimming pool is housed in a 250-year-old pine farmhouse transported from Kyoto. The airy, open-kitchen restaurant Locanda Verde serves a whimsical take on traditional Italian fare. The showpieces are the underground pool and Shibui Spa, which sit beneath a 250-year-old bamboo. If you’re keen on exotic experiences, Greenwich is one of the best hotels in New York you can visit. 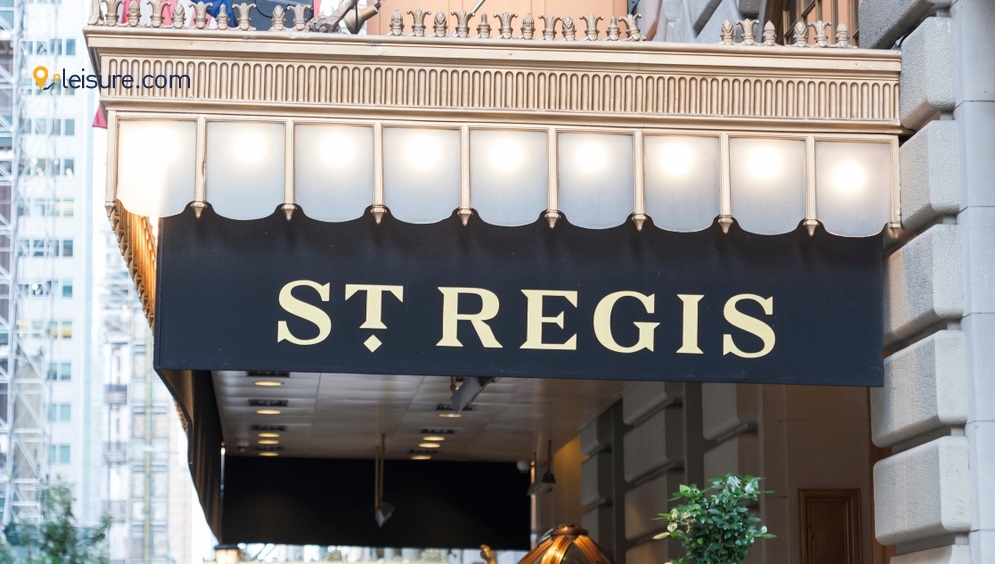 The St. Regis New York has become one of Manhattan's most enticing luxury hotels. The historic five-star hotel has evolved to reflect St. Regis' rich heritage while instilling the timeless elegance that defines it. Every inch of the hotel has been meticulously planned, from the luxuriously decorated rooms and designer suites to the graceful public spaces, including a regal rooftop ballroom with sweeping Manhattan views.

It offers exceptional dining at Astor Courtspect, and the world-class King Cole Bar – which serves the nation's first Bloody Mary – adds to the experience. The amenities at St. Regis are also first-rate, with guests able to use the Bentley House Car and receive attentive service from the hotel's signature Butler Service.

The Langham is located in Midtown Manhattan on Fifth Avenue. This luxurious hotel is close to Madison Square Garden, the Theater District, shopping malls and markets, restaurants, museums, etc. With some of the city's largest guest rooms, averaging 750 square feet, and a selection of suites, guests have plenty of space to spread out in a modern setting. Many rooms and suites offer breathtaking views of the city skyline and the nearby Empire State Building. The Michelin-starred restaurant Ai Fiori and the handcrafted cocktails at Bar Fiori are available at the hotel.

Park Hyatt New York is the Park Hyatt brand's global flagship. Its top-tier service, sleek furnishings, and prime location on the outskirts of Central Park make this hotel one to remember for a luxury trip to NYC. Visit for the fantastic restaurant, minimalistic atmosphere, and stellar spa. The hotel has 211 luxurious guest rooms, including 93 premier suites. On the 25th floor, a beautiful spa with an indoor saltwater swimming pool, eucalyptus steam room, oversize hot tub, and 24-hour gym overlooks the Manhattan skyline.

Hotel Brooklyn Bridge is a city hotel that aims to infuse luxury with natural amenities. The Hotel brings the outdoors to the indoors for an organic yet luxurious feel in the heart of a major city. Expect natural touches in each room, but don't expect glamping or any kind of rusticity–this property is more about thoughtful decor and sustainability than a hippie-dippie vibe.

The hotel is stored in a 10-story building with spectacular views of the Downtown Manhattan skyline, with 194 guest rooms and suites, communal spaces for working or relaxing, a stunning rooftop space, a 24-hour Fieldhouse fitness center, a 50-person screening room, and a grab-and-go café with a menu of locally sourced and fresh fare, among other amenities. The building adheres to a seriously sustainable ethos: its upcycled materials and artwork tell the story of the borough's past, while its green design pledges to its future.

The Standard High Line is situated in New York City's Meatpacking District. Every one of the 338 rooms has an entire wall of floor-to-ceiling windows with sweeping views of Manhattan and the mighty Hudson River. The hotel's inviting and enthralling public spaces include a bustling German beer garden on ground level, the legendary Top of The Standard, the rooftop discothèque Le Bain, a winter ice rink, and an outdoor public plaza with rotating art installations.

The hotel has an interesting history, and it is one of the most popular hotels on the island of Manhattan. It has been used as a filming location for many movies and TV shows such as "Sex and the City" and "The Devil Wears Prada."

The staycation trend has been making a comeback lately, and it's no surprise that New York is one of the most popular destinations for visitors. With so many great hotels to choose from, it can be difficult to narrow down which ones are the best, especially when looking for a luxurious and memorable stay. Choose a hotel that suits your vacation style from the above list of the best hotels in New York and have a wonderful vacation. Visit Leisure.com for more information, suggestions, and tips on hotels, luxury travel, and getaways.