10 Top Tourist Cities In The World That You Should Visit

Have you ever wondered where people travel the most? What are the top tourist cities in the world that people love so much? Where did all those Instagram touristy pictures come from?

At Leisure, we have learned that tourists are still inclined to travel to some of the most tried and tested destinations despite the new and emerging travel trends every year.

Yes, people do try out new changes, but not most of them. This is why people keep traveling to London, Paris, Dubai, Kuala Lumpur, Bangkok, and New York. Tourists are still inclined to travel to the tried and tested destinations. These are just some of the destinations making it to this top 10 list people love traveling to again and again, even when there is a complete list of off-the-beaten-path tourist destinations that are still unexplored.

So, let’s explore the 10 top tourist cities in the world.

Top Tourist Cities In The World 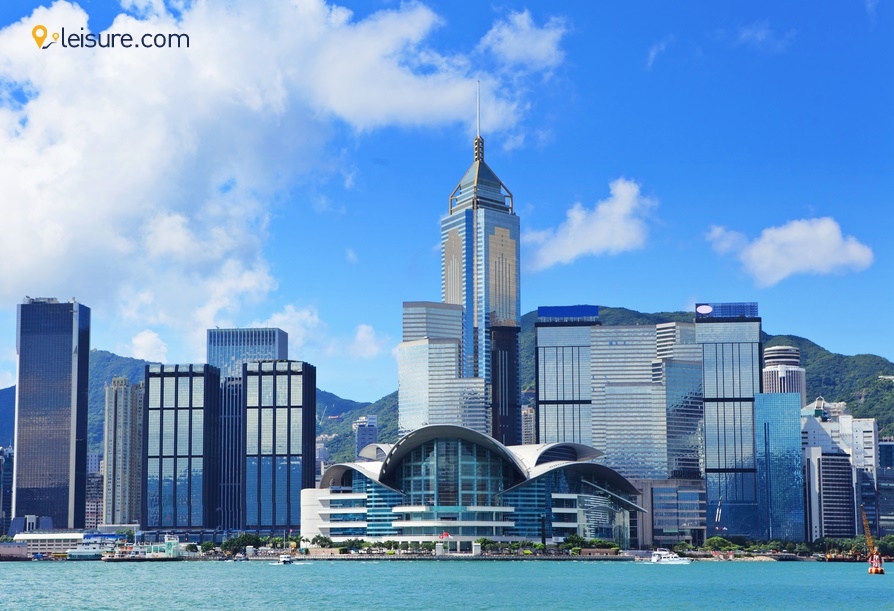 Despite all the political upheaval for so long, Hong Kong remains a popular tourist destination. 2019 saw 56 million people traveling to the city. Hong Kong has its own separate sets of laws and regulations allowing tourists from around the globe to visit this place without requiring a new visa. This makes it an incredibly ideal city to visit, offering you the right amount of modernity wrapped around the authentic local culture, just with fewer restrictions.

Hong Kong is known for its sheer beauty, breathtaking atmosphere that never ceases to exist. Contrary to popular belief, the city is not just about skyscrapers and business towers; Hong Kong is blessed with some of the best beaches, bizarre art scenes, ancient temples, and unique culture.

Victoria Harbor is one of the most famous landmarks in Hong Kong.

The capital city of Thailand, Bangkok, is one of the most visited cities in the world. The city is highly developed among all the cities in Southeast Asia while still managing to preserve its culture, history, and traditions alive. Breaking yet another myth, you can visit Bangkok with your entire family, even the kids! You will enjoy this destination.

Being one of the top tourist cities in the world, Bangkok has everything you want from one vacation - the city’s hustle and bustle, breathtaking views, beautiful beaches, delicious street food, street markets, historic Thai landmarks, and so much more.

Traditional Thai landmarks like Wat Arun and Grand Palace are a must-visit.

Another incredible city from the beautiful Chinese land is Macau. The city is also known as Las Vegas of Asia. Aside from its large, high-roller casinos, luxurious hotels, and theme parks, Macau is also blessed with plenty of attractions with over 30 million visitors.

Travelers flock to the old town, which is also a UNESCO heritage site. The old town is a blend of Portuguese and Chinese architecture. The attraction offers you a chance to sample some of the best Macanese delicacies you will ever taste. Chinese, African and Portuguese flavors inspire the dishes.

The capital city of Great Britain, London, is one of the most famous and top tourist cities in the world. The destination has had a footfall of over 30 million in 2019 alone.

Despite being one of the most expensive tourist destinations, London has plenty of unique and free museums and notable landmarks like the London Eye, Giant Ferris, the London Aquarium, Big Ben, House of Parliament, Buckingham Palace, and Trafalgar Square.

Visit each of the 35 bridges London is known for.

In general, Paris is one of the most charming tourist destinations in the world. Thanks to its large, beautiful landscapes and sensational wordmarks, it truly is one of the top tourist cities globally that people love, with a footfall of over 90 million visitors.

The Eiffel Tower is beyond words. There is nothing that can define Paris better than the iconic landmark. The landmark is a symbol of the French nation and its people, which was one of the most powerful countries in the world for many years.

An afternoon at the Louvre, which is the largest museum in the world. The museum is also home to some significant artwork in history, like the portrait of the Mona Lisa.

When talking about the top tourist cities in the world, how can we leave behind our homeland? New York, the city that never sleeps, is home to some of the best museums, Broadway, and the highly famous Manhattan. No wonder the city attracts over 13 million tourists from all over the world every year. To witness the beauty of the city on your own, plan your itinerary with booking.com and enjoy the best of the services with eye-pleasing offers.

When in New York, visit Central Park and have a brunch picnic with your loved ones, or alone, whatever suits you the best!

A place where nothing is truly impossible is Dubai. It is one of those tourist destinations where everything needs to be the grandest. Dubai is influenced by the west in many ways yet keeps its culture and history intact at all times.

Dubai is on everyone’s bucket list, and it hardly comes as a surprise when it comes to Dubai’s exceptionally modern landmarks. The Burj Al Arab, the only 7-star hotel globally, will leave you spellbound with its intricate and alluring architecture. The hotel also houses gold-covered walls, Swarovski-crystal-laden ceilings, and some of the biggest shopping malls and aquariums. To appreciate luxury with spending a fortune, book your stay with hotels.com.

No matter how expensive Dubai is, it is a highly safe place for solo travelers and families as well.

Have a day out from your vacation here, away from the skyscrapers, escaping to the deserts, or traveling to the neighboring regions.

Malaysia welcomes approximately 13 million tourists every single year from all over the world, making it to this list of 10 top tourist cities in the world that people love. In terms of overnight visitors as well, Kuala Lumpur is extremely popular.

The city is known for its diverse community of Malay, Indian and Chinese communities. Kuala Lumpur is also often looked up to for its cultural nuances. The city is never short of festivities and celebrations that happen throughout the year.

Also, in Kuala Lumpur, almost everyone speaks English easily, so it is easy to get around and explore the city.

The most recognizable landmark in the city is the Petronas Twin Towers, with plenty of things to offer you.

The capital city of Italy, Rome, is one of the most visited tourist destinations in Europe. The primary reason why Rome is so popular among tourists is the monuments that personify the city. This eternal city is truly a one-of-a-kind, open-air museum in itself. Rome also boasts plenty of attractions and amazingly delectable food like you have never tasted.

The highlight of your vacation in Rome would be the number of ubiquitous cafes, ice creams, and pizzas that you and your loved ones will never forget. Plus, the city also offers its tourists plenty of fantastic day trip options.

Stretching on over two continents, Asia and Europe, Istanbul is one of the top tourist cities in the world. The city welcomes over 13.4 million visitors every year.

Throughout Istanbul’s history, the city has managed to rule over three major kingdoms - Roman, Ottoman, and Byzantine, making it one of the rarest cities where both Muslims and Christians coexist peacefully.

There are plenty of attractions you can visit when in Istanbul, but there will be nothing on this planet that personifies the city better than the Blue Mosque and Hagia Sophia.

Whether you are a travel blogger, solo traveler, casual vacationer, or traveling on behalf of your business/company, it will truly benefit you to study and know about the top tourist cities in the world. You can check the hottest destinations off your bucket list as and when you visit them. There is so much in the world you can learn from by visiting these famous cities. You will gain valuable insight into these destinations and life. Seek inspiration into your life, take a trip down the lanes of these popular tourist destinations. You will not regret it!