5 Fun Things to Include in Your Armenia Vacation Packages 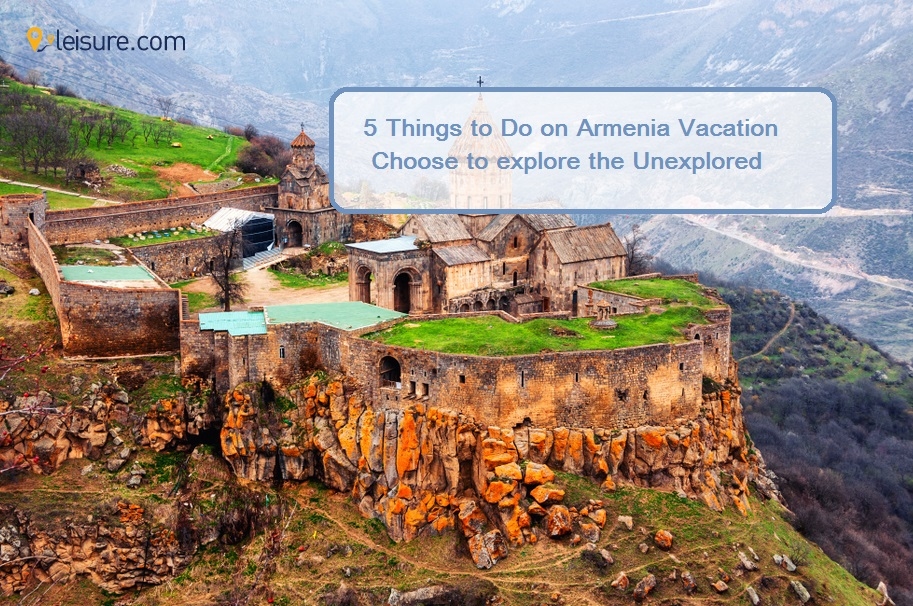 “Find a home where they say you can only roam”! Back in 2014, when I was enthusiastically talking about how I’m going to choose the Armenia vacation packages, my friends were astounded. I had contacted a couple of bloggers and the best leisure travel packages planning experts— and I did not get too much support. But I knew it was going to be fun and exciting to explore the unexplored country.

Armenia is one of the most underrated destinations I have traveled on a European vacation. From the fascinating rural monasteries to some fantastic hiking trails and a hill visit, there’s plenty to do & see. I don’t know why people don’t get it— it might be landlocked, but there are places and experiences you can’t get anywhere else. Since my first visit to Armenia in 2014, I have had the opportunity to plan Armenia vacation packages four times— I consider myself lucky.

In fact, I’m compiling this article from Malocco Cafe Cascade in Yerevan. I thought it would help me craft something more authentic for my readers. Walking around the Yerevan city center is one of my favorite things to do on Armenia vacation packages. Let me tell you; it’s an incredible chance to see many monasteries when you are on Armenia vacation. The country, in particular, is known for its resilient and amicable people. Armenia is also home to the oldest winery in the world— you won’t believe it, but even Churchill was a fan of Armenian brandy. Sir Winston Leonard Spencer-Churchill once said, “Never be late for dinner, smoke Havana cigars, and drink Armenian brandy.”

A few years back, there was no tourism in Armenia, but today it’s fast becoming one of the sought-after tourist attractions. The tiny European nation boasts a rich, incredible history, which every deep traveler would connect with. It was Armenia that declared Christianity as a national religion. Mount Ararat dominates the country’s skyline, offering a chance for visitors to witness a spectacular view. As this small European nation embraces tourism, Yerevan has become one of the most fast-developing places across the continent.

We've already given you an overview of the country and Armenia vacation packages. Let me walk you through my list of 5 fun things that Armenia’s best leisure travel packages offer. And here we go: 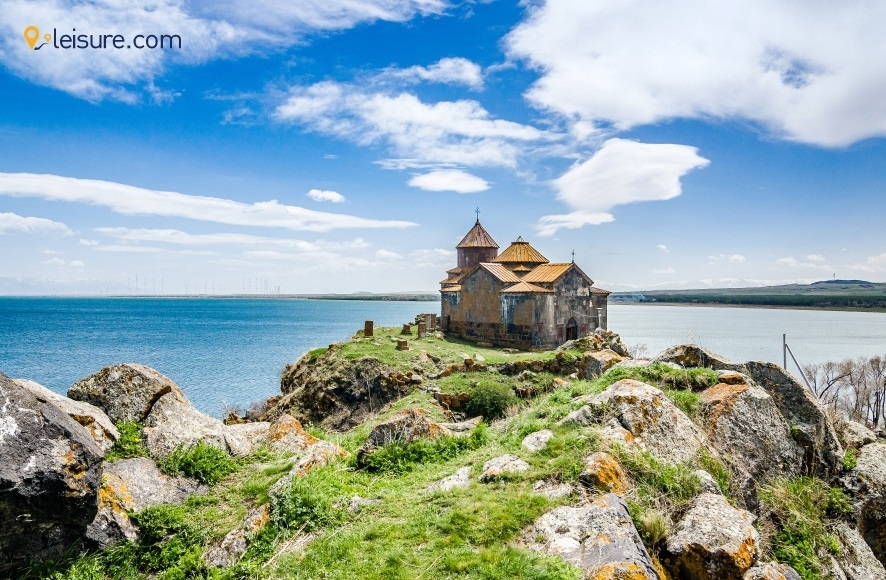 All is well in Lake Sevan— the biggest Lake in the Caucasus. Lake Sevan is one of Armenia’s most popular tourist attractions, and it’s so magical, I never knew before my first Armenia vacation package in 2013. Situated at the height of 1899 meters above sea level, it is one of the world’s highest lakes. Discovery can be in any form, and first-time discoveries are always tantalizing. I’ll never forget my first experience passing through Lake Sevan. I was on a  marshrutka when I felt a jerk, and the beautiful Lake Sevan was in front of my eyes.

The Lake is a part of the Sevan National Park, Armenia’s top protected area. The Lake occupies approximately 3% of Armenia’s land, with 28 rivers flowing into the Lake. Only one river flows out of the Lake, which is Hrazdan. And it amazes travelers with the variety of flora & fauna, including Sevan trout, the most popular of all. And, it does not have an abundance of natural views, but you also get to explore many monuments near Lake Sevan. 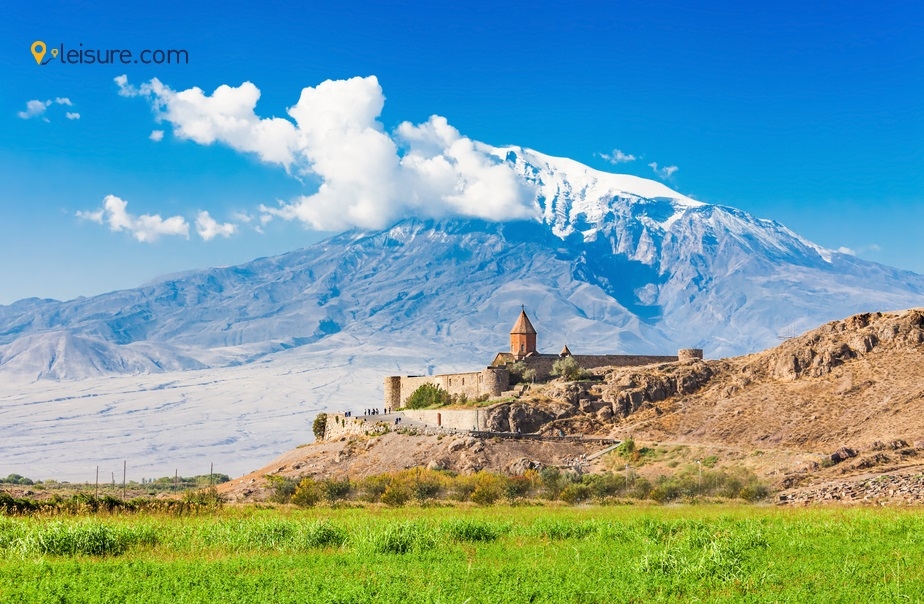 Khor Virap, the monastery wasn’t even on my list. But after seeing it, now I would say it deserves a place in the best leisure travel packages. I now call it the “Gem of Armenia.” I have visited Khor Virap through all my four Armenia vacation packages, and you know, I always find something new. Khor Virap, which stands in front of Mt. Arara, is one of the most popular tourist attractions worldwide.

The most exciting thing about the monastery is how it assimilates the charm of nature & the spectacle of the human mind in itself— the two look in utmost harmony. Khor Virap is a holy site and a place of pilgrimage for Armenians. It is believed a pagan temple stood at the monastery’s site for centuries, even before the birth of Christ. The monastery is close to the border that separates Armenia from Turkey, near the Pokr Vedi village. Years ago, it used to be the site where the ancient capital of Armenia, Artashat, was located. 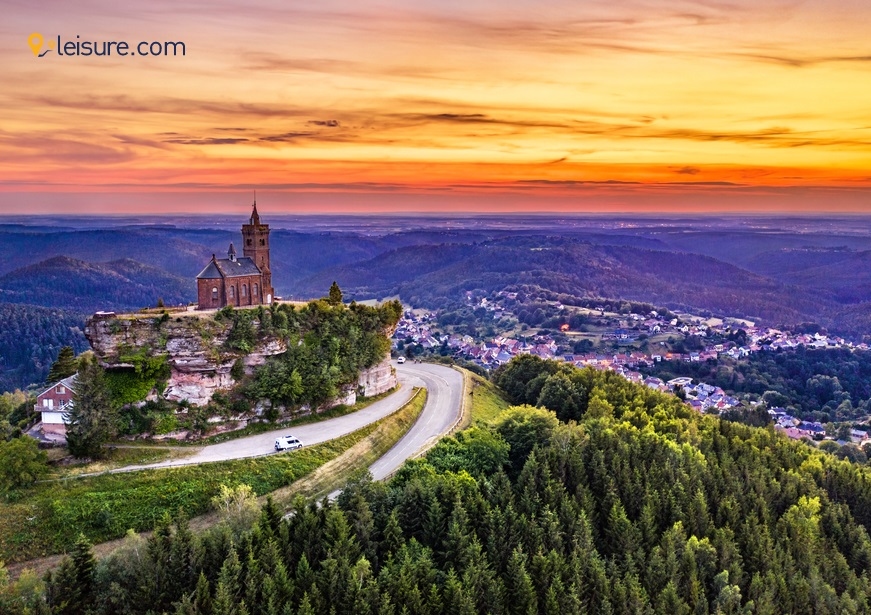 Shikahogh State Reserve was founded to study and protect the gigantic flora & fauna through the northern slopes of the Meghri mountain range in 1958. For anyone who comes for a suggestion on Armenia vacation packages, I always ask them to visit the Shikahogh State Reserve. This is the second biggest pristine forest reserve in Armenia, and for obvious reasons. You will get to see various animals like vipers, bears, wild goats, and leopards.

In addition to that, this densely populated reserve has 1,100 species of unique plants— and its beautiful waterfall is another intriguing part of the Shikahogh State Reserve. The land spread through 10,330 ha in the Syunik Province hasn’t been affected by post-Soviet deforestation. During my visit to the reserve, I was stunned to see how the villagers are involved in preventing deforestation near the Shikahogh State Reserve. 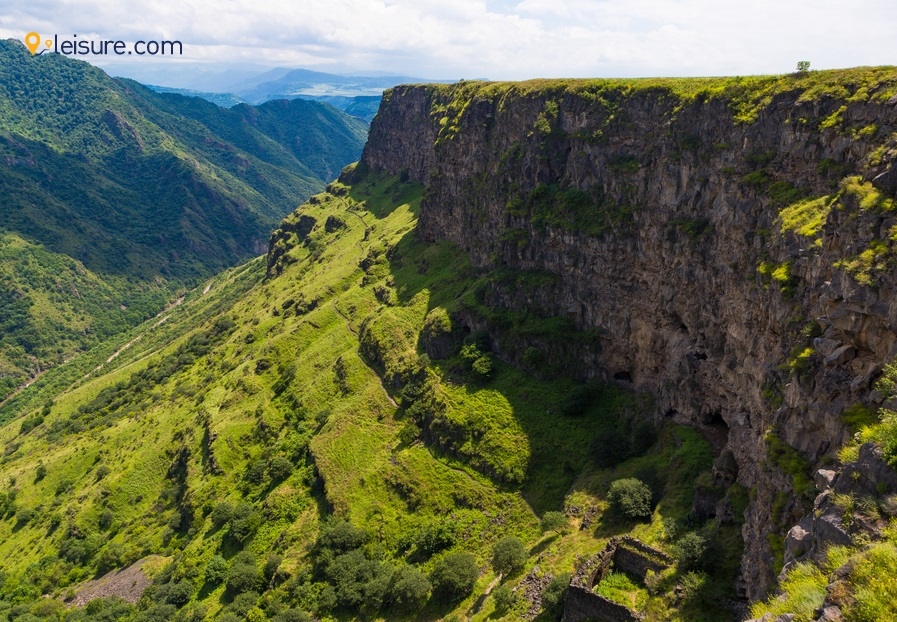 If you love to be around natural landscapes, Debed Canyon is one of the best places in Armenia. Stretching from the Vanadzor city to Lori province administrative center, the Canyon will have you experience history & culture more than in any part of the country. The Debed river flowing through the canyon and the beautiful mountains surrounding the area offer tourists a spectacular view. It’s one of the most exciting places to visit on your Armenia vacation packages.

Along the Debed river, there is an old fort, a chapel, a church, and Haghpat and Sanahin (the two World Heritage-listed monasteries). The Debed Canyon links Armenia to Georgia, weaving through some magically unique landscapes. In addition to the churches, chapels & forts, there are a couple of exciting hiking trails to feed your adventurer soul. Debed Canyon is a fantastic blend of nature, culture, and history. 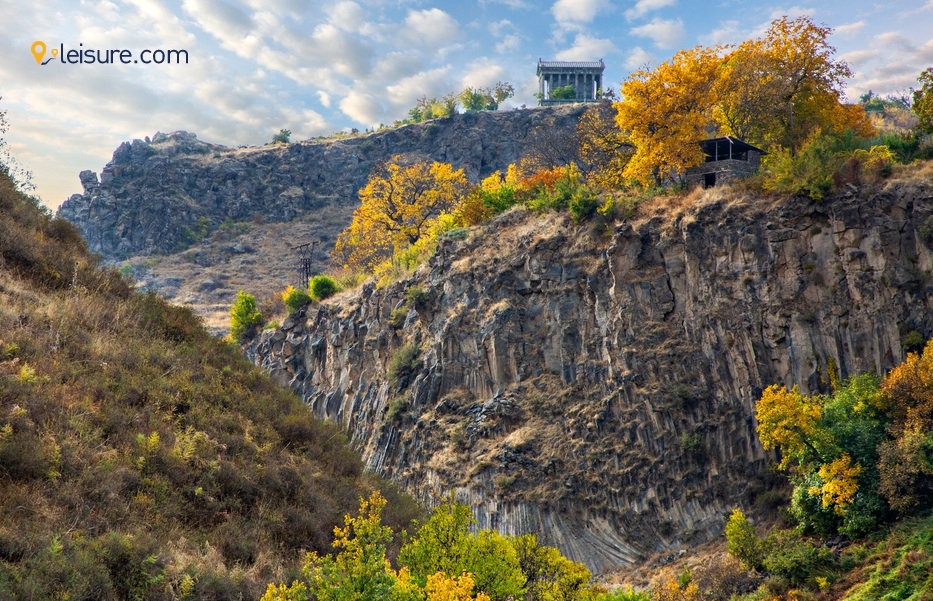 Located at about 23 km east of the spectacular city of Yerevan, the Gargi Gorge is another attraction I often recommend to everyone for their Armenia vacation packages. And, the first-century AD Garni temple can be seen just above the gorge. You will get to see the spectacular rock formation of basalt carved by the Goght River along the sides of the gorge. These well-preserved basalt columns are often called the "Symphony of the Stones." You can go to the bottom of the gorge by taking a car; the local buses do not make trips down there.

The orderly octagonal basalt columns are magnificent, and they give an illusion of being artificial.  The Garni temple above the gorge is the world’s eastern-most Greco-Roman temple. The temple, which the locals believe was founded by Roman Emperor Nero, was initially built to worship Greek gods. It eventually changed as Armenia adopted Christianity. In addition to the temple, you’ll also see an 11th-century bridge along the gorge. Also, the ancient UNESCO World Heritage Site of Geghard Monastery is located in proximity of the Garni Gorge.