5 Tourist Attractions You Need To Visit In Paris Vacations 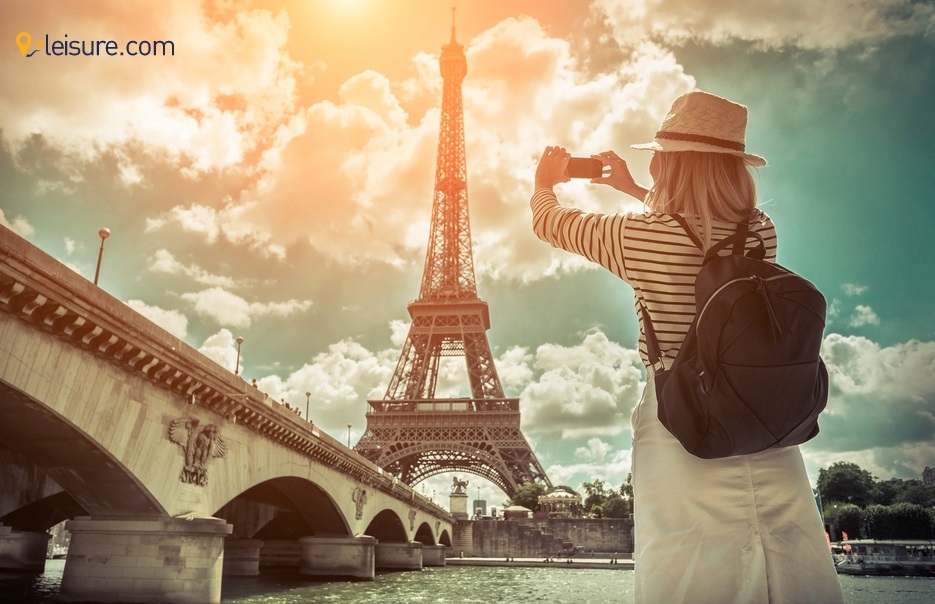 A Paris vacation is always a good idea. However, tourists can get overwhelmed on their first trip to the French capital. This is even more valid in the peak season when the city is bustling with crowds. 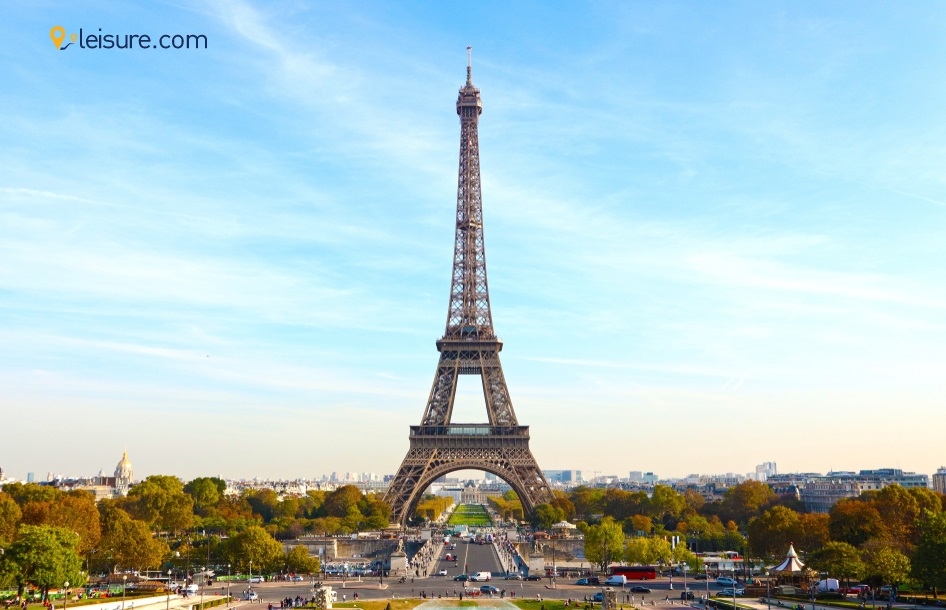 There are many tourist attractions that you should not miss on your trip. On the top of that list is the Eiffel Tower. Book your tickets in advance if you want to get to the top via the elevators. Several people do not choose to go to the top. They say that the lower second level provides an incredible view of low-rise Paris. But rest assured, it is the only spot that offers a view of the French city sans the Eiffel Tower.

From here, you can access a lot of other tourist attractions. You can go on a Seine cruise. It takes you on a tour of the monuments, museums, and sights along the river. Before getting back to the dock, it generally rounds Ile Saint-Louis. The Notre-Dame towers should be a must-see on your Paris vacations list. However, be prepared for serpentine queues. Also, there is not much space at the top. But do not let these things stop you. The gargoyles, the detailed stonework, and the incredible views are worth the effort. If you have a tight schedule, do not spend much time in the church's interior.

Do visit the less popular Sainte Chapelle while you are near the Ile de la Cite. Its beautiful stained-glass windows retell the tales of the Bible. Spend at least half an hour there. There are a few more interesting sites in the area. For a brush with the street life of Paris, stroll around Marais or the historic Latin Quarter. You can also stop at a café and observe the world go by. The area will be filled with vacationers. So select the café carefully. You may also get bread, cheese, and wine from a local store. Go to Le Jardin du Luxembourg to take an impromptu picnic.

In the evening, go to Arc de Triomphe by taking the metro. Then zip to the top. If you are feeling brave, you can even try climbing to the top. Then, see the French city of lights come alive gradually. The city lights are most beautiful along the Champs-Elysees. You may hate luxury shopping or crowds. But walking down the most fantastic boulevard at night is simply magical.

Where do you begin when talking about the museums in Paris? It is possible to invest a whole week of your Paris vacations visiting only the museums if you are an art lover. The Louvre is at the top of the list. But tourists still argue about the strategies and value of a Louvre visit when your Paris vacations are of short duration. You will have to prioritize. This is because experiencing it all in a single day is nearly impossible. Many art lovers are aghast at the thought of tourists leaving after looking at the Venus de Milo and the Mona Lisa. But realistically speaking, you can experience a lot of fantastic art by taking such a route. You can take it as a satisfying and handy summary of the Louvre.

Go to the Musee d'Orsay for a less overwhelming art experience in a beautifully re-purposed building. This is one of the most famous museums in Paris. It has primarily French art pieces from the 19th and early 20th centuries. You can see Van Gogh, Gauguin, Renoir, Monet, and numerous others. The museum is a lot smaller in size than the Louvre. Still, you need at least three hours of Paris vacations to cover it all without burning yourself out.

A full list of all the museums in Paris will fill this entire post. But we can provide a few of the more prominent ones to visit on your Paris vacations. There is a mind-bending inside-out building called the Centre Pompidou. Do try to see the Musee National d'Art Moderne inside. It has Delaunay, Picasso, and Matisse. Cannot get enough of Picasso? Check out the Musee National Picasso in the Marais nearby.

Got inspired by Rodin in the Musee D’Orsay? The Musee Rodin is a stone's throw away. The sculpture garden is the highlight there. So, attempt to go in nice weather. There is also a major art hub in the form of The Tuileries Gardens. It is flanked by the Jeu de Paume photography museum and the Musee de l'Orangerie, famous for water lilies. 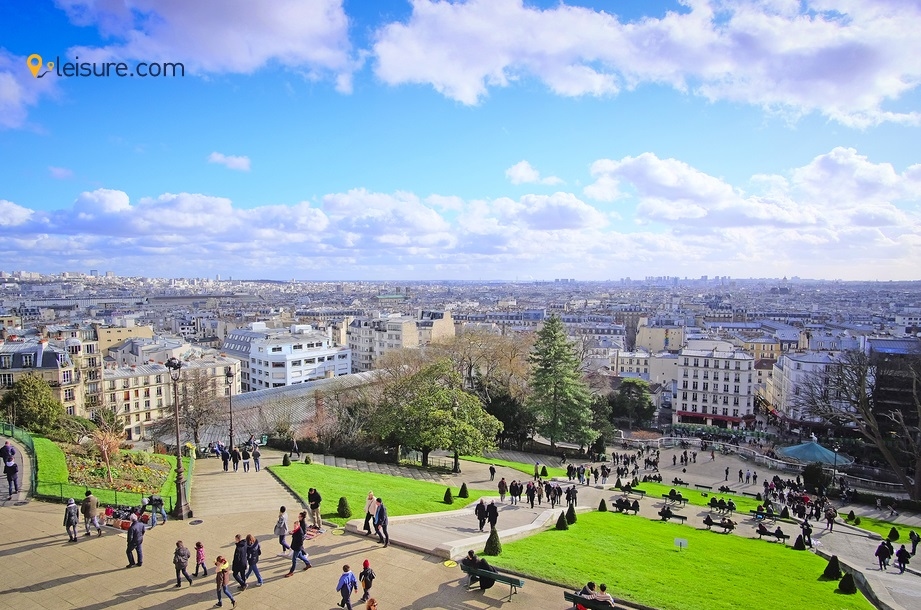 You may venture further from the Seine. Then you will likely get into one of the peripheral towns that eventually became a part of Paris. Montmartre is the most famous of these. The location houses the red-light district of Paris. It also has the costly and famous Moulin Rouge. But over the years, the area has also been the destination to many outstanding artistic voices. Most residents do not want to roam around in the Place du Tertre since it is filled with travelers. But an hour spent here before going to the steps of the Sacre-Coeur to watch the sunset is pure magic. When it is time to eat, move away from the Place du Tertre. Montmartre is filled with many delicious family-run restaurants. So, you will not wander into a tourist trap.

A word of advice? Try to get to the Sacre-Coeur from Place du Tertre. This choice is easier on your legs. Also, Square Louise Michel has a reputation for scam artists and touts. Do not discuss the film, Amelie, either. The locals of Montmartre are not huge fans. They think of the film as boosting the stereotypical image of the French city.

The biggest cemetery in Paris is not the Cimetiere du Pere Lachaise. But it has the most famous cenotaphs and graves. These include Edith Piaf, Frederic Chopin, Georges Bizet, and others. There are also graves of some prominent foreigners who were closely connected with the city. These include Oscar Wilde and Jim Morrison.

However, the cemetery is not the city's most morbid and unusual attraction. Paris Catacombs hold that honor. It is one of the city's most famous tourist attractions. There are notorious entry queues in the high season. Tourists are supplied a coupon with the return time if the waiting time is longer than twenty minutes.

The wait is well worth it. The Empire of the Dead states a vital part of the city's story beyond just grisly curiosity. The tunnels are lined with the remains of 6-7 million people. Only a part of these is open to the public. Over time, urban explorers have found everything from a fully equipped movie theater to Nazi war bunkers. No one knows who built these. You can also opt to rejoin the living. Go to the opulent Musee Grevin. You can see the lifelike wax statues of the country's most famous faces there. The museum could be a reason why there is no Madame Tussauds in Paris. This is even though Marie Tussaud was French herself. 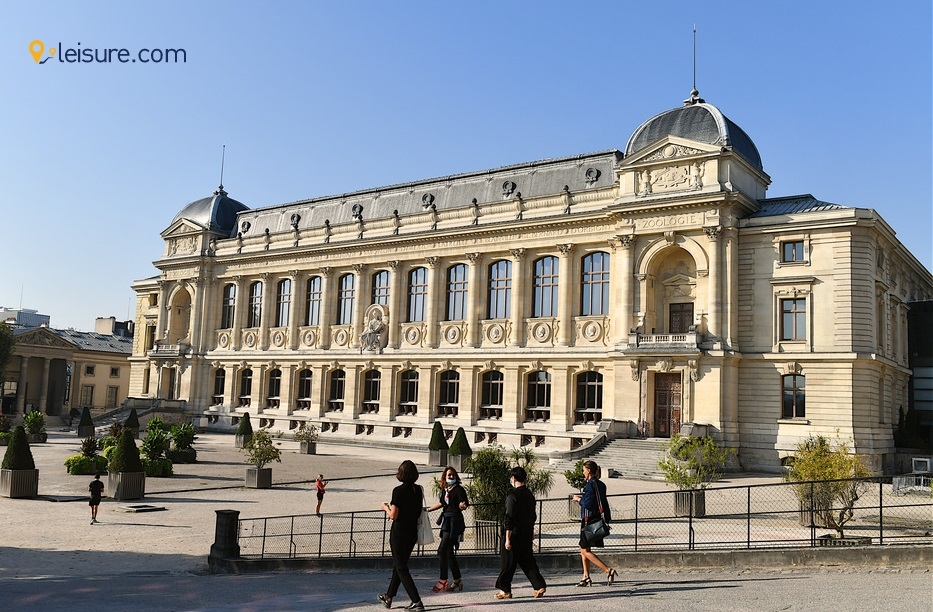 Paris is costly. There is no other way to put it. Famous individual museums are a bargain. But the costs can add up fast since there are a lot of them in number. Here are some reliable and easy methods to save some cash on your Paris vacations.

These passes are worth it if you have a few days in hand in Paris vacations and want to visit the most famous attractions in the city. The Museum Pass provides the best value for money. It can be purchased for a period ranging from two to six days. It provides access to the Louvre, Notre Dame towers, Versailles, Sainte Chapelle, and others.

But it does provide access to Musee Grevin, wine tasting, bus tours, or a Seine cruise. The costlier Paris Pass gives these. You can also go to the top of the controversial Montparnasse Tower with the Paris Pass. Realistically plan your Paris vacations. You should also experience the city's simple joys, which will be lost if you keep rushing around on your Paris vacations.

This travel guide has given practical tips for making the most of your Paris vacations. We have suggested hotel options, where to eat, transportation, and activities that you can do in the city. Paris is the international capital of culture. It has everything from architecture to fashion to food to art, and much more. You will find out on your Paris vacations how the city juggles it all.