A land of astonishing beauty, Vietnam is a spectacular and scenic travel destination. With the stunning collage of mountains & deep valleys, deltaic creeks, sparkling white sand beaches, river & seas, sand dunes, sanctuaries, national park and monuments, Vietnam is a complete package in itself. A Southeast Asian country on the South China Sea, this country is known for its pristine beaches, exquisite Buddhist pagodas and babbling rivers. Be it a beach lover, leisure seeker, mountain goat, an adrenaline junky or a history buff, Vietnam is a complete destination for everyone which is becoming better each passing day. A visit to Vietnam is like an adventure of its own.

Know Everything to Know About Luxury Vietnam Tour

History and Culture of Vietnam

The culture of Vietnam is diverse, and complex and portrays something of a lesson in history. The country’s labyrinthine, filled trading quarters are abundant in indigenous crafts and depict influences of centuries-old mercantile. Ancient temples reflect unique Chinese influences in the northern region and Hindu origins in the southern region. The grand state buildings and the extensive, tree-lined boulevards that adorn the capital date back from the French colonial era. Moreover, it is kind of impossible to forget the significant position of Vietnam which is close to the epicenter of East Asian prosperity and power, for the skylines of its cities are explained by a bunch of glass and stell corporate HQs and stylish lavish hotels.

A Land of Sensory Overload

Spectacular experiences exist in every corner of Vietnam. Gazing over a dreamlike seascape of limestone islands from the deck of a typical junk in Halong Bay is a sublime experience. Exploring the world’s most splendid cave systems in Phong Nha-Ke Bang National Park is an inspirational experience.

Immersed in history and packed with places for eating, shopping, and opportunities for photo click at almost every step, these are must-do things in Hanoi. With cars, scooters, trucks, and buses, you will come across streets where only hardware is sold, only kitchenware is sold, or only bamboo is sold. These are the remains of ancient times when the whole towns from the countryside shifted to Hanoi and set up shops as they had in their home towns. As others shifted to town they would move to the street that specializes in their particular craft and some of these remain today as well. Vibrant, loud, lively, and energetic… Hanoi’s experience is an incredible one.

Around 40 years after the massacre and destruction of an era that defined war, today Vietnam is a determined nation and not a conflict in front of the world. Confident and fast-progressing, its development is quite evident in the nation’s flourishing metropolises. The allure of Vietnam is easy to admire as ancient, labyrinthine trading quarters of still-flourishing craft industries that are in contrast to grand colonial mansions from the French era, all of which is visible from the skybars of 21st-century high-rise buildings.

Thailand may grab the top spot, however, nothing comes close to Vietnam in Southeast Asia when it comes to food. Unbelievably subtle in flavors and incredible in its diversity, Vietnamese cooking is a captivating draw for tourists - plenty of cooking schools and street food tours are proof of this. Geography plays a significant role, with Chinese flavors influencing the northern soups, spices stimulating southern cuisine, and complex techniques as well as herbs representing the central coastline, rightly famous as Vietnam’s epicurean hot spot. Moreover, one can connect with villagers up and down Vietnam, try local dishes and sample rice wine in the country’s many regional markets.

Thrills and Chills in Vietnam

If you have enough money, Vietnam has all kinds of thrills and chills you must be looking for. Some of it requires a little physical effort, like motorbiking excursion after the breathtaking Hai Van Pass in central Vietnam. Others require even more physical efforts such as hiking the evergreen hills around Sapa or Bac Ha or kitesurfing the tropical ocean waters off Mui Ne. When you are done with all this adventurous stuff, there’ll be plenty of horizontal ‘me time’ for you to relish. The country has some of exceptional spas - from simple massage salons run by families to marble temples of treatments with tourist-friendly rates.

Things to Experience in Vietnam

A perfect blend of the past, present and future, Vietnam is a land of spectacular landscapes that range from forested mountains in the north and lush rice terraces to the scenic valleys of the Central Highlands and the gorgeous beaches of the south. Also included in the mix are exotic modern cities, traditional villages, otherworldly islands, mysterious caves, colonial towns and archaeological sites.

While deciding the best time to plan a Vietnam tour, take into consideration the tropical monsoon climate of the country, which is dominated by the south or the southwestern monsoon that start from May till September and the northeast monsoon from October till April. The southern summer monsoon carries rain to the two deltas as well as west-facing slopes. On the other hand, the cold winter monsoon collects moisture over the Gulf of Tonkin and drop it along the central coast as well as the eastern edge of the central highlands. Within this fundamental pattern, there are pronounced differences according to latitude and altitude. In the south, temperatures remain constant all year round, while the north experiences discrete seasonal variations.

With such a complex weather picture, there is no one specific season as best to visit Vietnam. Probably, the overall spring, March-April and autumn, September-December are the most favorable seasons to plan your Vietnam tour.

With unbelievable abundance of fresh vegetables, herbs, fish and seafood, Vietnam has a lot to offer. It can be mentioned here a range of widely- admired dishes such as noodle served with beef or chicken( pho), spring roll, eel or snail vermicelli, crab fried with tamarind, crab sour soup, rice spaghetti, steamed rolls made of rice-flour, rice pancake folded in half (and filled with a shrimp, meat and soya bean sprouts), etc.

Food sits at the very centre of Vietnamese culture: every significant holiday on the Vietnamese cultural calendar, all the important milestones in a Vietnamese person's life, and indeed, most of the important day-to-day social events and interactions - food plays a central role in each. Special dishes are prepared and served with great care for every birth, marriage and death, and the anniversaries of ancestors' deaths. More business deals are struck over dinner tables than over boardroom tables, and when friends get together, they eat together. Preparing food and eating together remains the focus of family life.

At the same time, the Vietnamese are surprisingly modest about their cuisine. (And old proverb/joke says that a fortunate man has a Western (French) house, Japanese wife, and Chinese chef.) High-end restaurants may serve 'Asian-fusion' cuisine, with elements of Thai, Japanese, and Chinese mixed in. The most authentic Vietnamese food is found at street side 'restaurants' (A collection of plastic outdoor furniture placed on the footpath), with most walk-in restaurants being mainly for tourists. Definite regional styles exist -- northern, central, and southern, each with unique dishes. Central style is perhaps the most celebrated, with dishes such as mi quang (wheat noodles with herbs, pork, and shrimp), banh canh cua (crab soup with thick rice noodles) and bun bo Hue (beef soup with herbs and noodles).

Upon arrival, check all of your documentation and make sure you bring the visa-on-arrival pre-approval papers, photos and cash with you. EUR and USD will do (although with ridiculous conversion rates).

Know About Safety in Vietnam

Understanding about a country’s culture and religion is critical so as to avoid any embarrassing situations. Everyone’s worst nightmare is offending the locals accidentally. Vietnamese people are extremely proud of their culture and heritage, and this is demonstrated in the social conventions and customs that you’ll encounter. Having prior knowledge of Vietnamese customs and traditions will ensure a smooth experience on your Vietnam tour.

Leisure.com is an online platform created for all the travel-enthusiasts. It helps people who wish to travel through the world by organizing their trips in the best way possible. The platform fulfills its client's trip requirements throughout the world covering almost all the continents. We have specialized tour agents for Asia, Australia, Europe, and other parts of the globe. Leisure.com makes sure to not miss any of the countries that are of tourists' interest. It has filtered out some highly experienced and skilled Vietnam tour agents. These will provide their best help to the ardent travelers who are looking to plan their trip to Vietnam. They plan each and every part of the trip, from choosing the best time to visit Vietnam to accommodations and everything. Apart from this part of Asia, Leisure.com also has some well-skilled India tour agents, China tour agents, Bhutan tour agents, Japan tour agents, Bali tour agents, and much more. Just fill out the Trip Request Form and let us plan the most memorable trip of your life. The Leisure team assures of an outstanding travel service that’s hard to find anywhere else.

Help me plan my trip

These related tours can be tailored to perfectly suit your unique travel style. 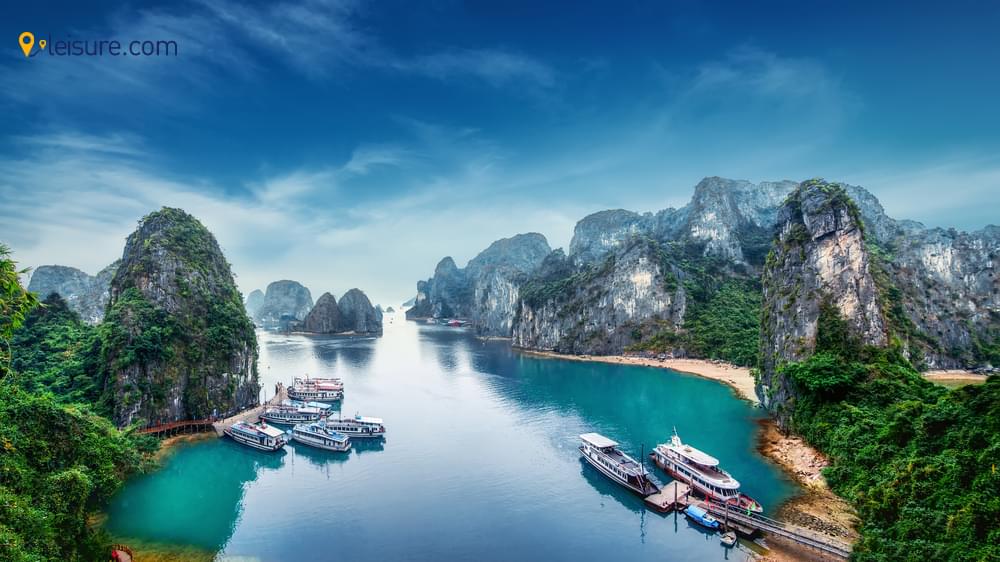 The easternmost country located on the Indochina Peninsula, Vietnam is an amazing Southeast Asian country. Boasting a number of sightseeing destinations, nightlife, things to do, and other travel highlights, the country attracts tourists from far and wide. So, check out our Vietnam travel guide and get facilitated with value for money by vacationing this gorgeous land. 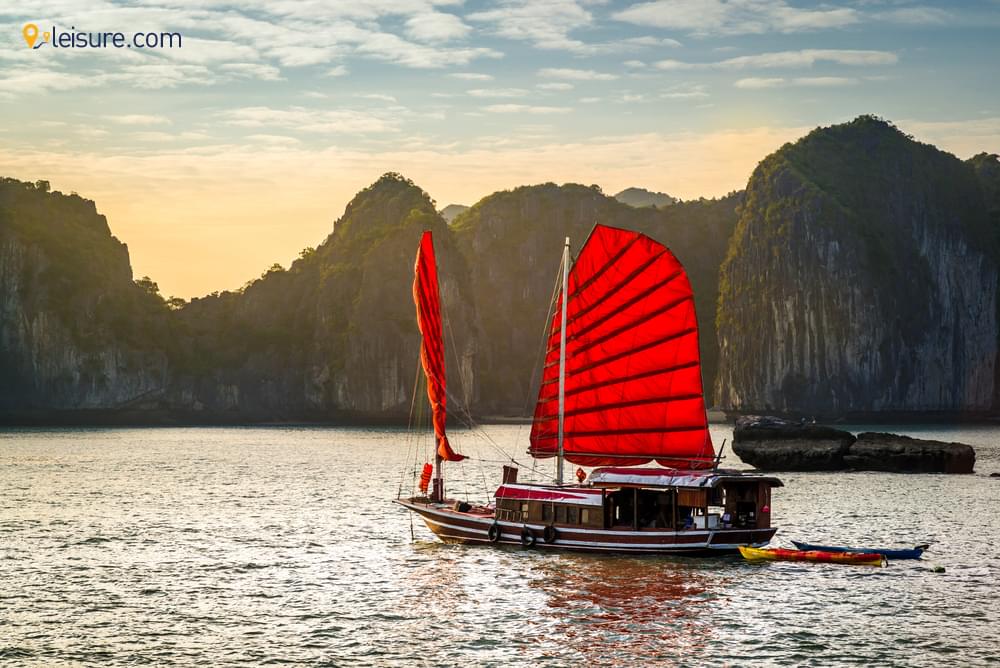 Vietnam Budget Tour: Experience The Culture and History of Vietnam

Vietnam is a heavenly getaway for most travelers who love food. The country is embellished with a great coherence of history and medieval culture merged with spirituality, humble living, and a captivating lifestyle. A destination which can be traveled to, at any given time, it reflects the vibrant and lively culture of this land! Join our Vietnam budget tour and see this fascinating country like never before. 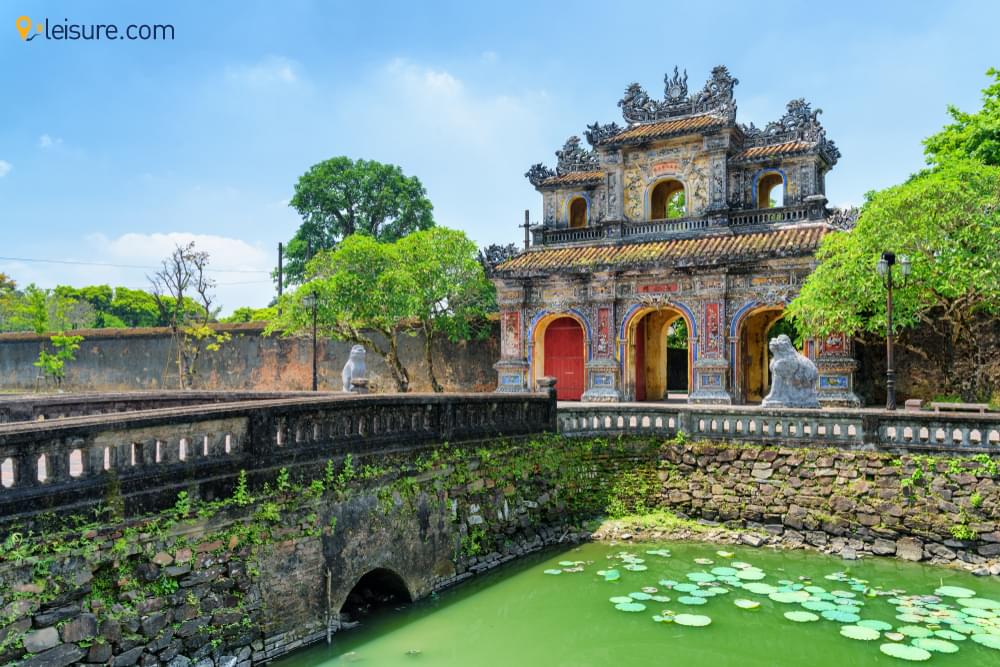 A Southeast Asian country on the South China Sea, Vietnam is known for its gorgeous beaches, rivers, and Buddhist pagodas. With its 3,000 kilometers of tropical coastline, the beautiful country offers mouth-watering food and fascinating culture, which hooks the tourists coming here. There is a lot to explore and discover in this amazing country which you can accomplish by joining our Vietnam trip 2019. 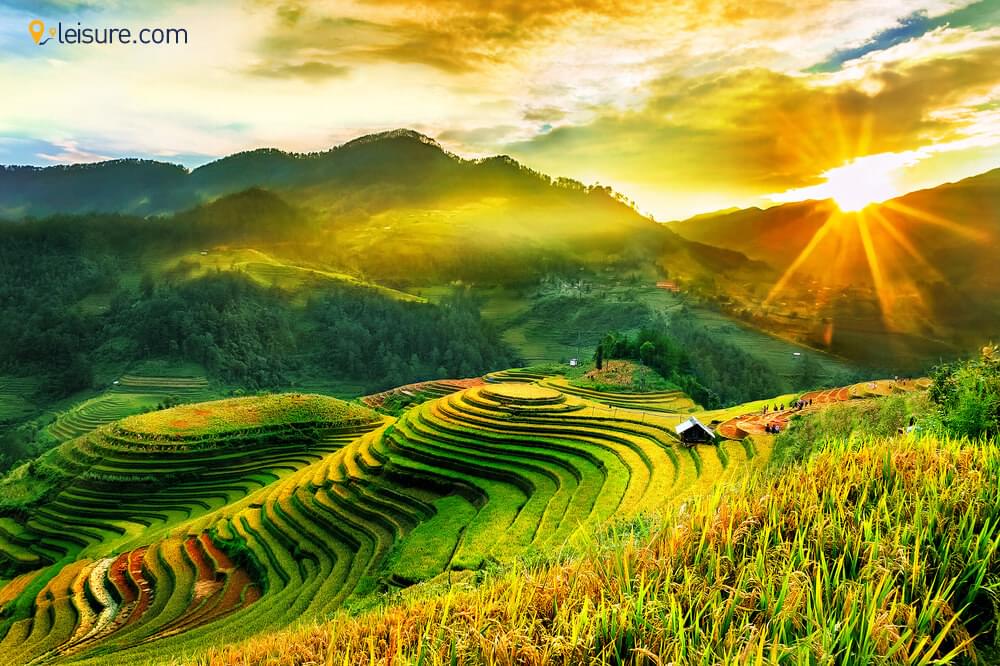 If you are planning a short trip into the beauty of nature then this 3-Days Cheap Vietnam Tours Itinerary is the perfect thing. We know how tedious it is to plan a short trip when you have so much in your mind but have just a few days to discover something new. And, to help you resolve that confusion, we have designed this 3-Days Vietnam tours. This will take you to the most beautiful corners of the country! 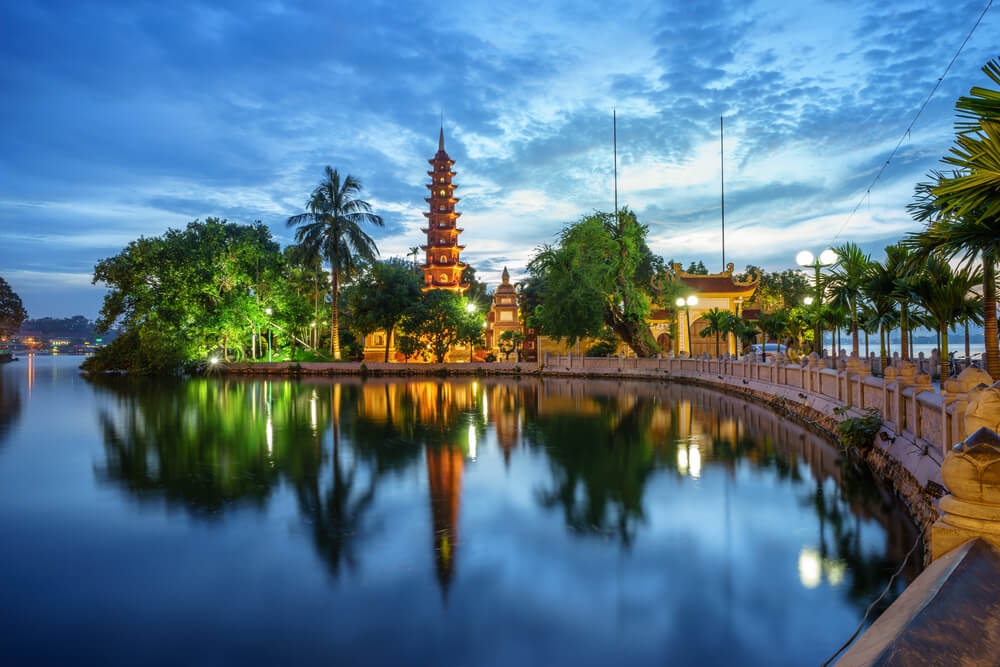 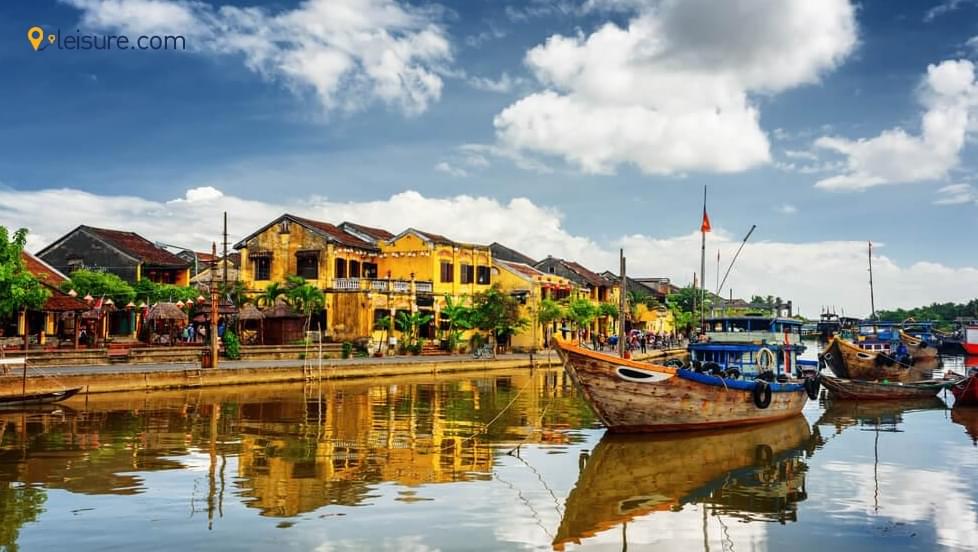 Are you planning your perfect Vietnam Trip 2019? Catch up with our planned 10-Days Itinerary and it will show you the numerous ways to Travel Smarter In Vietnam. Talk of a Holiday destination in South East Asia and Vietnam will appear at the top of the list. This spectacular trip has been designed for those who want to tick off Vietnam from their Bucket list of travel destinations in 2019.

These related tours can be tailored to perfectly suit your unique travel style. 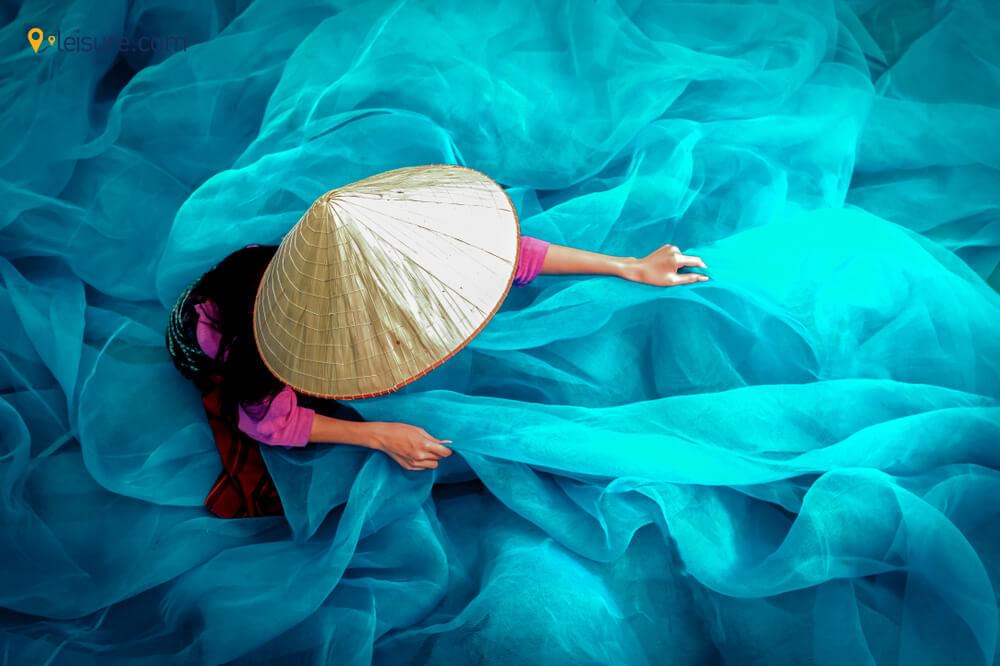 Ways To Travel Smarter In Vietnam - 3 Places You Must See 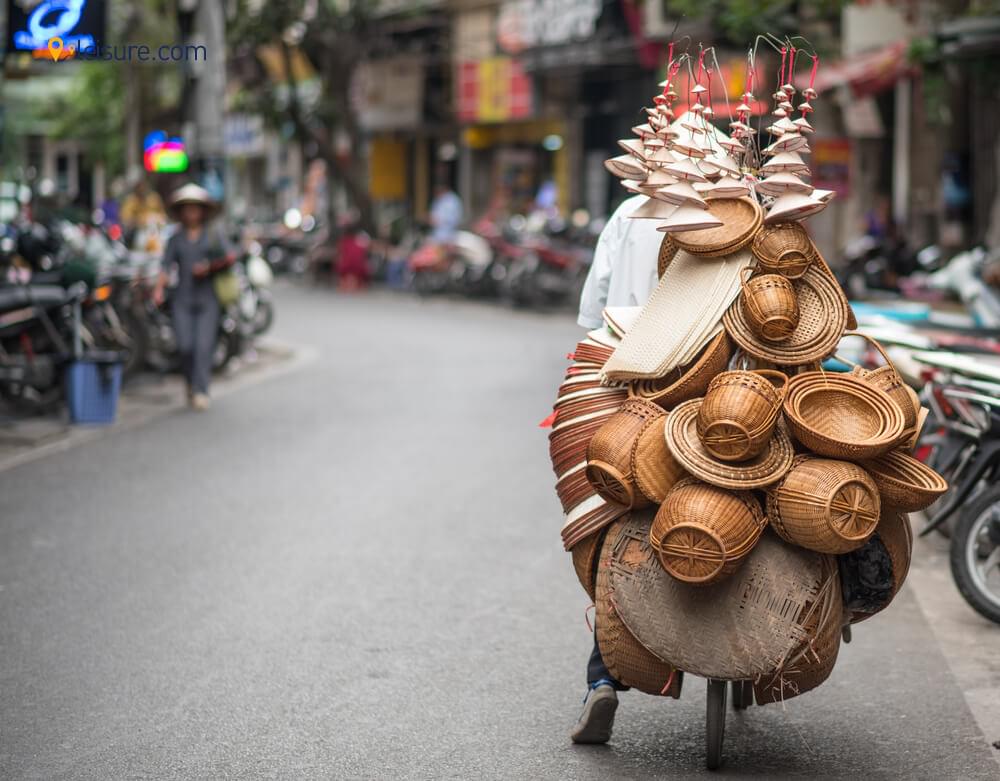 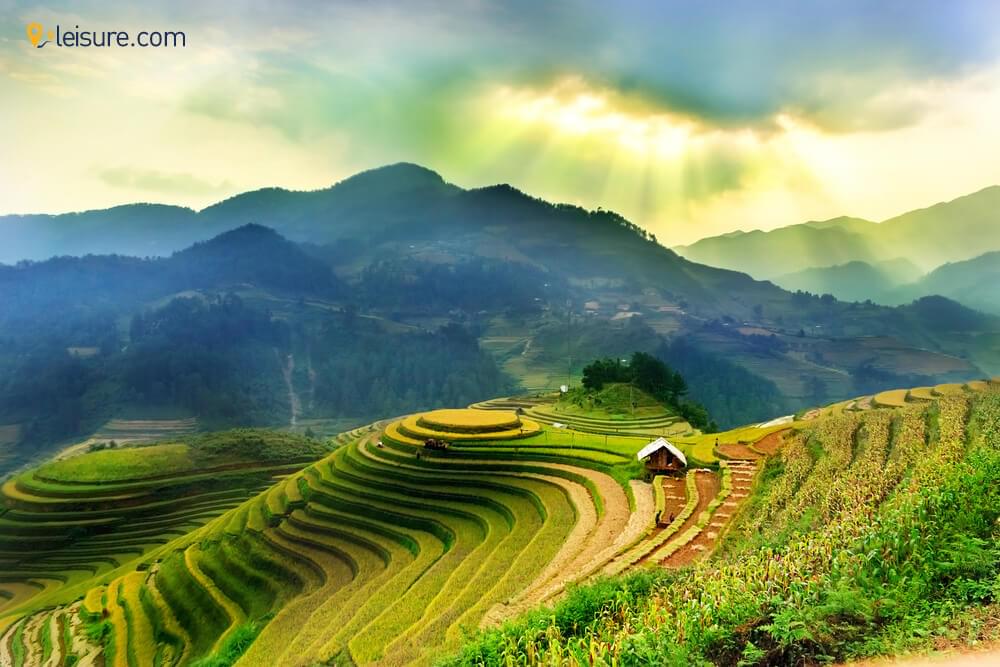 Vietnam Travel Guide: Exploring this Beauty in the Lap of Earth