How Norway Is the Real-Life Disney Frozen Kingdom? 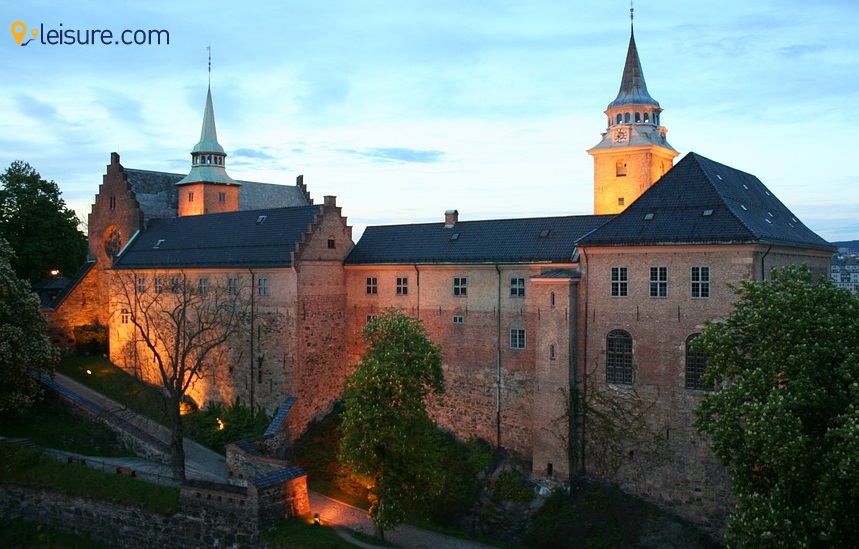 Who doesn't love Disney movies? Disney movies show us the world which is quite dreamy and developed an urge into every one to visit these places at least once. We all have been admiring Disney's highest-grossing animated film 'Frozen' which was released in 2013. The entire movie Ee was like a magical kingdom come true. The kind of Toys and Games that were developed on the basis of the frozen every kid's favorite. Not just kids but the women of all ages wanted to be like Elsa. It was a very heartrending story and everyone could not stop gushing over it. Ever since 2013 It had been making waves and demanded part 2. The People's obsession was so much that Disney came up with part 2 in 2019. Part 2 again was super successful and both of these films are now burning like a fire in everyone's heart. Many of them would have watched these movies at least the hundredth of times. If you love traveling and want to revisit The Frozen Kingdom then you should pack your bags to Norway immediately. Well, Norway is the country that inspired The Frozen Kingdom. Many of the places can be seen in both parts of this movie. Hence all the fence should book the tickets to Norway so that they can relive the Arendelle. It is also magical to  ‘Travel To The Country Of Your Favorite Disney Princess’

Here are the places which you can plan to visit in Norway which is inspired by the frozen series:

This Church was the inspiration behind the chapel where the coronation of Elsa was held.

When the Elsa comes at the age where she can be crowned as the Queen of Arendelle her coordination takes place in the chapel. The chapel where this coordination takes place is actually inspired by the stave Church in Balestrand located in Norway and is popularly known as the St. Olaf. It is a very gorgeous Church and one must visit here at least once in their lifetime. If one looks deeper into it The Snowman which was everyone's favorite was named Olaf which is again the name of the church.

Akershus Fortress was the inspiration behind the exterior look of the Arendelle castle of the Frozen movie. It made the castle look so beautiful from the exterior that people wanted to have one. Hence if one wants to relive the castle of this movie then you should visit the Akershus Fortress in Norway. When you visit this photo then you can see the uncanny resemblance between the peaks and the bricks of both. Even the brick fence which is surrounding the kingdom is inspired by this Fortress. In order to visit Akershus Fortress, you can plan on visiting Trondheim in Norway.

Looks familiar? Can you spot the difference? We bet you can’t it’s like someone took the original photo of Nærøyfjord and converted it into an animated one. The image itself is enough to prove that the water body surrounding the Arendelle was inspired by the Nærøyfjord. This is the same place that turns into a block of ice when the queen Elsa loses her control over the powers. When Elsa loses control over her powers this Kingdom is sent into a deep freeze. It was inspired by Norway's Naeroyfjord which is a notable UNESCO site. Hence if one wants to spend some leisure time around the villages and the waters amidst the mountains they can easily do so by visiting here.

Have you wondered how the entire Arendelle got its look? The water body was merely a small part of it but the entire cute town came from the Bergen Village. It made the Arendelle look more lively and beautiful. However, the placement of the entire kingdom was not just by one village but a mix of two. The way the kingdom was placed between the mountain and gorgeous water bodies came from the Austrian town Hallstatt and the town of this kingdom got its feel and look from the Bergen which is a Norwegian town. The color and the built of the houses on the coast are a copy of the houses in this village. Hence, one can get the vibes of Frozen kingdom here.

Do you remember the scene where Elsa meets the shape-shifting water spirit? Well, we all remember Nokk and the gorgeous water scene. There are two things from Norway that inspired this scene. One was the Norwegian mythical character i.e the shape-shifting spirit which helped in the creation of the Nokk and the other was the water setting. Silfra Fissure is the place located in Iceland and is the only place on this globe where one can swim between the two tectonic plates. Hence, it’s not just the only place where one can find the similarity to frozen but is also the place of geographical importance.

How can one forget the black sand beach from Frozen 2? It is the same beach where Elsa faces thunderstorms when she decides to do something crazy. The scene was small but it was a heart skipping moment because of the heavy storms and also made us believe that black sand beach exists. It is inspired by the black lava pearl beach located in western Iceland. It is popularly known as the Djupalonssandur. One can easily plan a vacation to stop by the Snaefellsnes Peninsula to experience this exotic beach.

The entire Frozen castle was like a dream come true. The details were amazing and the way each and everything looked so realistic was designing excellence. But how many of you knew that it was inspired by the Stiftsgården. The entire castle was built by taking the inspiration from two forts. One was the Akershus Fortress for the exterior and for the interior it was Stiftsgården.

The real fort is a royal residence and is stretched in the whopping 190 feet. It is one of the biggest wooden structures found in Scandinavia and was built in the year 1778. Looks like Disney has a great taste when it comes to designing the castles and kingdoms.

The Town Of Roros

Sometimes it’s not just the locations only which are inspired by the geographical locations but they can also inspire the powers or characteristics of certain characters. In the case of Elsa, her power was inspired by this winter wonderland town Roros. The winter of this town is both harsh and really gorgeous and the same goes for the powers of Elsa. If used in control they could turn into a beautiful advantage but can be harsh too. Elsa’s character defined the nature of snow and how powers if used for good, can be beautiful but when used for evil things they can be harsh. The same goes for the town of Roros, the winters here are very beautiful but the temperatures are really harsh.

Why visit the Frozen Kingdom in parts when you can see the entire town at once? The entire landscapes and the countryside of Sognefjord contributed to the exteriors of the Kingdom. One can easily spot many waterfalls, towers, and cliffs which are similar to the ones in the movie. Even the Fjord can easily be spotted here when you plan a vacation here. 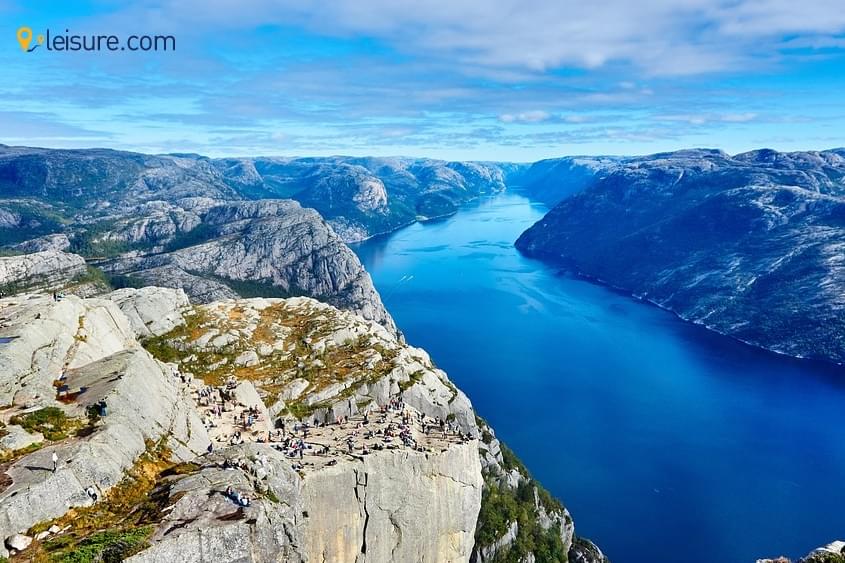 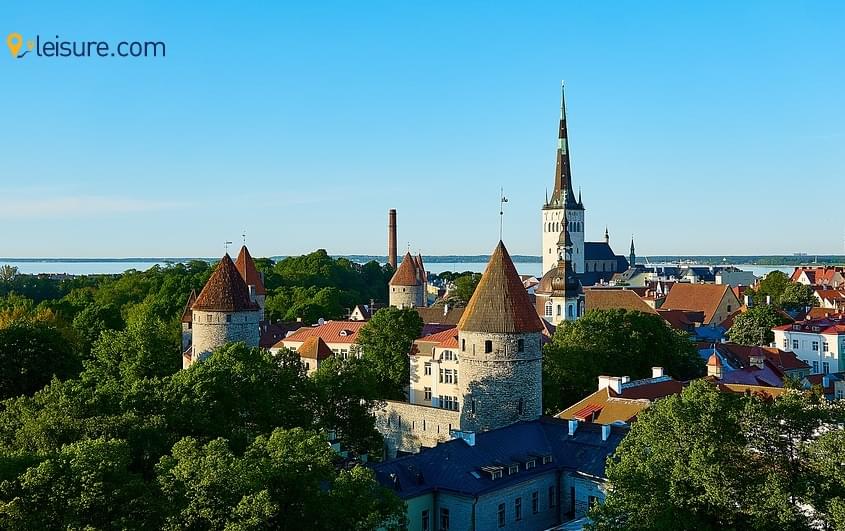 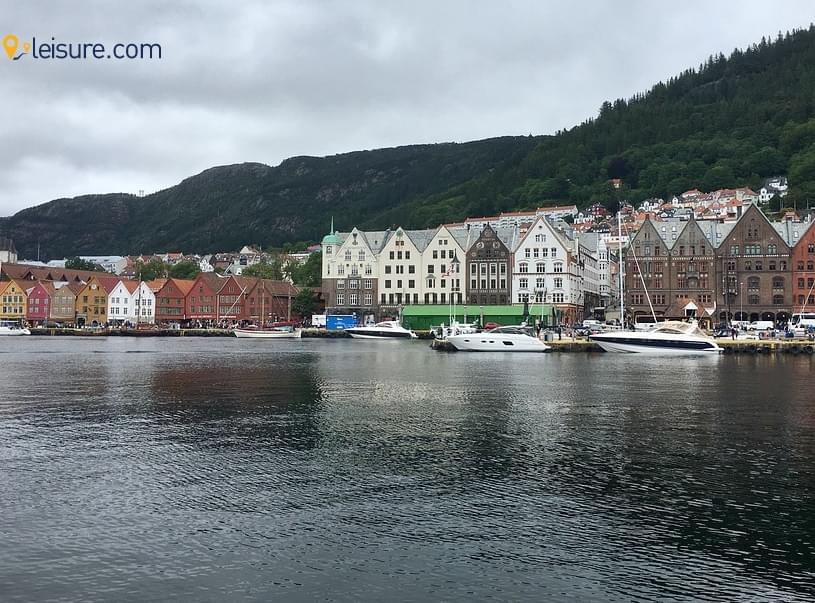 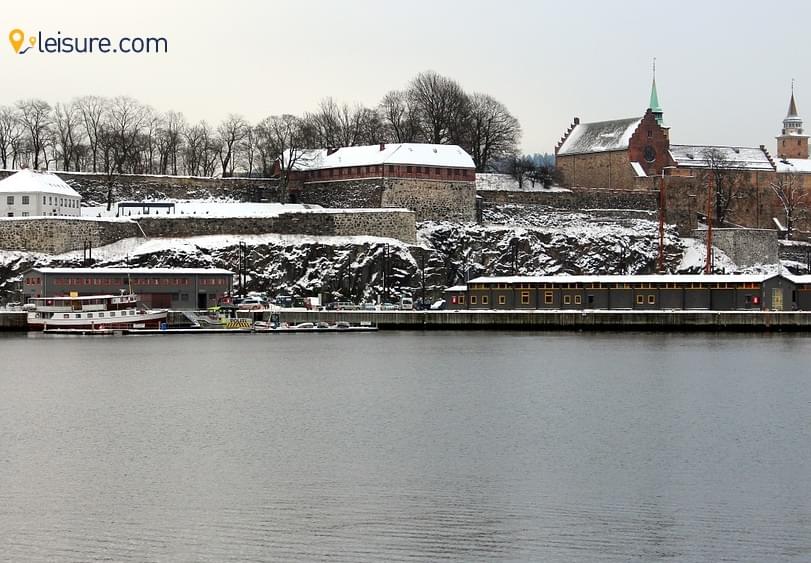