Do you know these facts about Notre-Dame 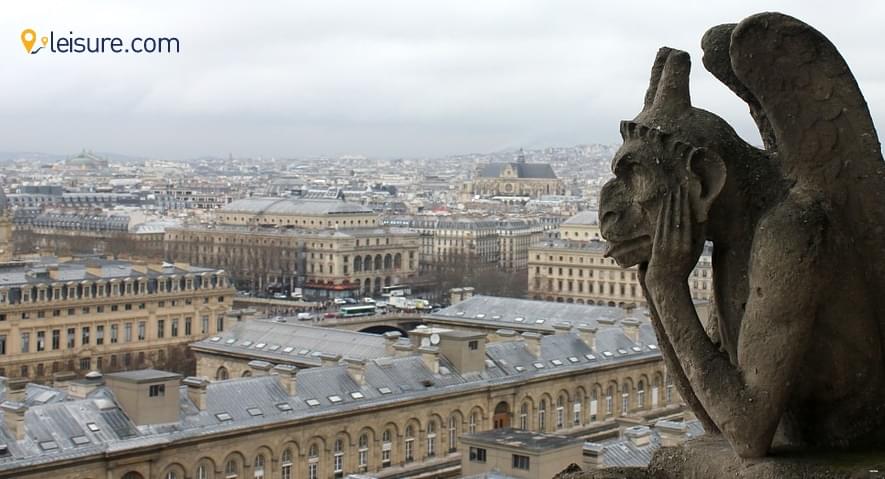 We all were a witness to the horrifying event that took place in France. The Notre-Dame de Paris caught fire real back in the month of April. It was all over the news, and everyone was heartbreaking with the tragic loss that Cathedral suffered. It was historical excellence that was lost in this fire. Every country felt terrible for the people of Paris as they had to witness the catastrophe. It was tough to see the great Cathedral fall within a few minutes. There were so many artifacts that were destroyed and cost a considerable amount. However, the firemen were able to restore some of the artifacts from this destruction like The iconic rose Windows and the Crown of Thorns. They were safely restored, but the rest of the artwork was wholly destroyed.

Many people were completely unaware of this Cathedral before this incident took place. But after it was all over the news people were so much interested in reading about it that we have collected facts about it on its anniversary month. Let's read some of the fantastic facts about the Notre-Dame Cathedral.

Built in the middle age

The cathedral was built in the middle age. It dates back around 1160. It is a very interesting and impressive architecture and it speaks out loud about its amazing history. The architecture clearly depicts middle age work. It was very impressive to see this architecture before the Fire. It is around 856 years old and has survived many of the disasters. It even survives the world wars and many natural disasters. It is quite Ironic that the fire that happened in today's time destroyed this architecture which stood strong even during the French Revolution and the world wars. Even these scenarios couldn't leave a scratch on this architecture. It is a very stable peace from the time of Gothic architecture. It is quite an art to see how amazingly the tall spire and it's vaulted ceilings appear.

Henry VI in the year 1431 was crowned here. He was a king of England and after being declared the king of France also, by the Treaty of Troy he was crowned in the cathedral. After Henry VI's father completed his successful military venture this Treaty came into being. The venture was within the borders of France. This Treaty was arranged so that Henry v and the king of France’s daughter could marry each other. But sadly the king of England and France both died after Henry vi was born. Hence he was crowned king of both the Nations when he was an infant. Hence this treaty came as an advantage but Henry VI undermined it as he wanted to earn the sector and not inherit it.

Built on the ruins of two churches

The bishop of that time wanted to build in architecture which could speak out loud of the greatness and the popular architecture of France. He wanted to make a statement to the entire world with its Gothic architecture so that people can see how powerful France is. However, it was built on the ruins of the two churches. These two churches were located on an island in Paris. One of the churches was a Pagan temple and the other was a Romanesque Church. The bishop wanted to remove both of them. It dates back to the time when Paris was gaining its popularity and was grabbing attention from all over the world. Hence the bishop thought that it would be a great step to establish Paris with Notre-Dame. Paris was listed in the ‘Top 10 Romantic Destinations to Travel in February’

The foundation stone of this Church was laid by Pope Alexander III. This monstrosity which claimed as a relic of the Catholic Church was established by Pope Alexander III. It is quite a surprising fact that since France became the economic advancement center this seems to be a diplomatic venture by him. The pop fled to France because his papacy was challenged in Italy by a minority group. It was quite difficult for him to bring the governments and the authorities of the church together so that they can maintain this architecture. It was difficult because both of these parties were fighting to control the life of the people of their constituency. It was quite a big step for pope Alexander III to lay the foundation of this Church because it established him as a powerful and influential pop.

The central spire was renovated

In the 19th Century, the central spire was replaced. This spire that we witnessed on our televisions burning is not the original spire. The original spire from the middle ages was removed in the 18th century as it was considered to be unstable and dangerous to the nearby community. Architecture remained fireless from the 18th to the 19th Century until the authorities decided to design a new one for it. The current fire we saw had gone through many tragic events but France is now planning to hold an international contest so that people can create a new one. This time they want to reflect a perfect length of the old and the new era. They will involve only the people who care more about this new renovation.

In the year 1804 Napoleon crowned himself as the emperor of this establishment. Napoleon Bonaparte became the emperor of this Cathedral which eventually helped in saving the architecture from getting destroyed during the French Revolution. Rebels tried destroying anything it was related to the monarchy. Which of these statues of the kings but as soon as Napoleon heard this, he came back from Egypt to save his own land. He wanted to save his land from falling further and rescued the cathedral from the destruction. He ordered reconstruction of this incredible architecture before him.

Stained glass that is the doors Windows are iconic and the Identity of the cathedral artifacts. They were built in the 13th century and have survived many hard situations. During World War 2 Hitler had a plan to destroy them and this eventually made the cathedral remove the windows and keep them in safety so that they are not destroyed. But luckily Hitler changed his mind and the Never destroyed the windows and hence after World War 2, They were placed back in their place. Even the recent fire which took place in the cathedral could not destroy these Windows. 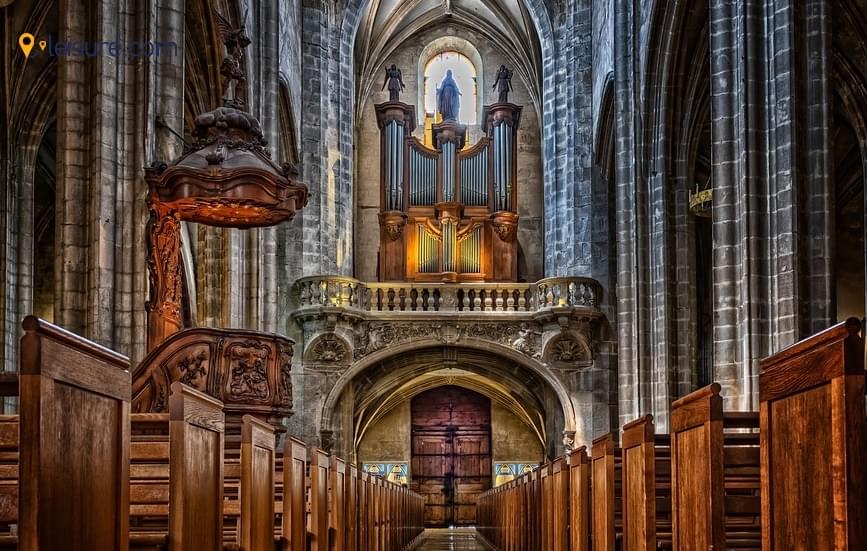 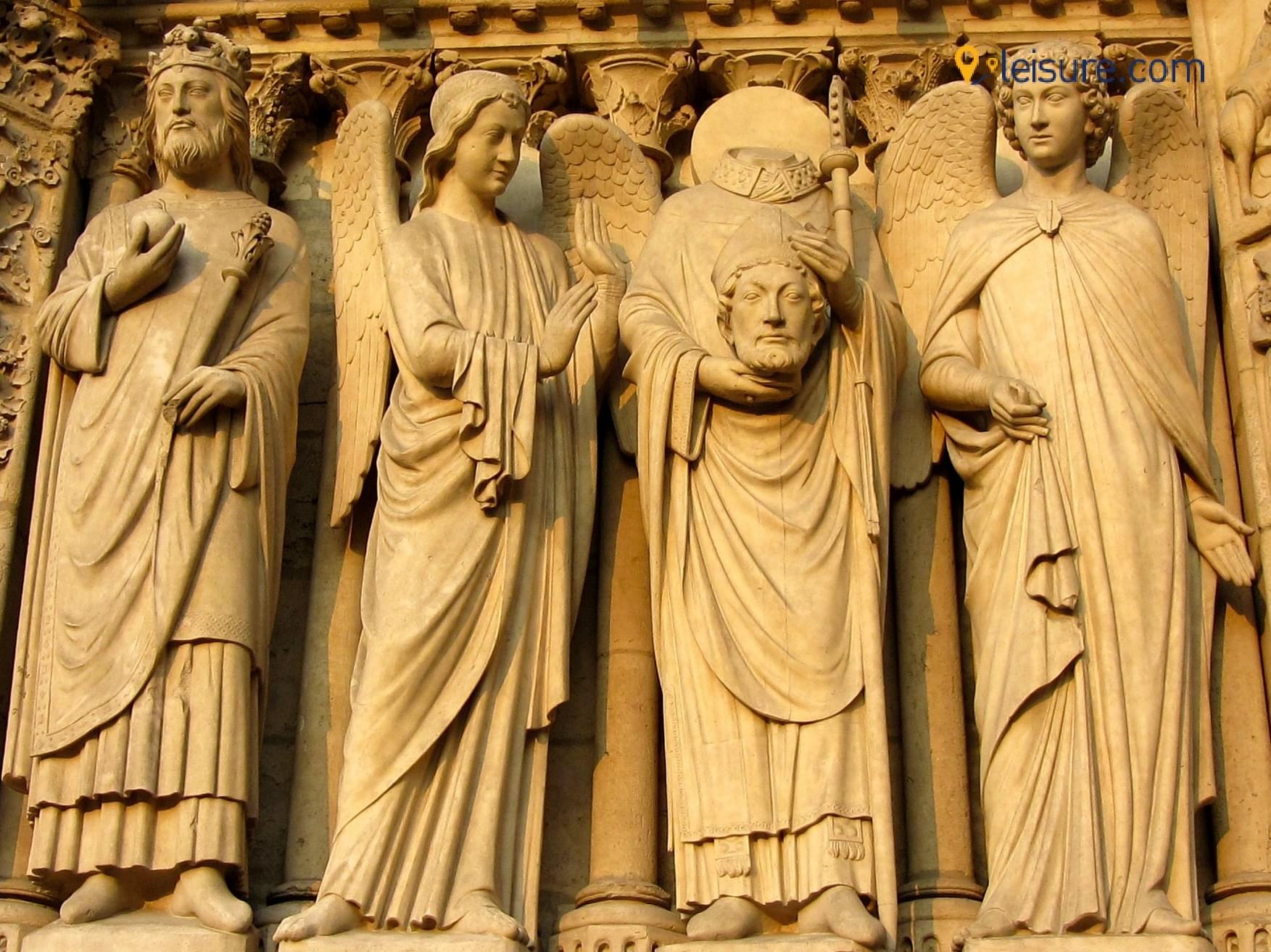 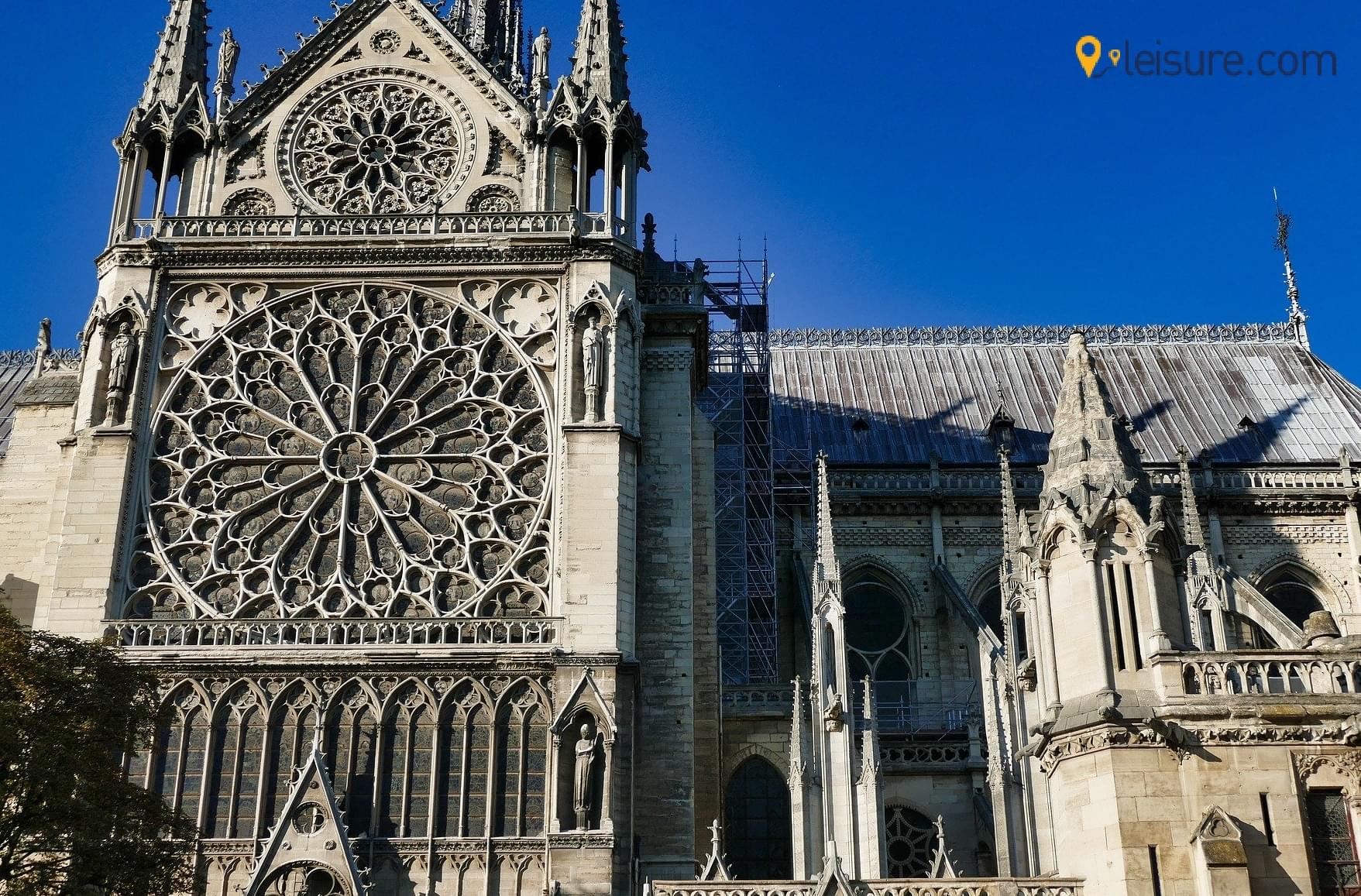 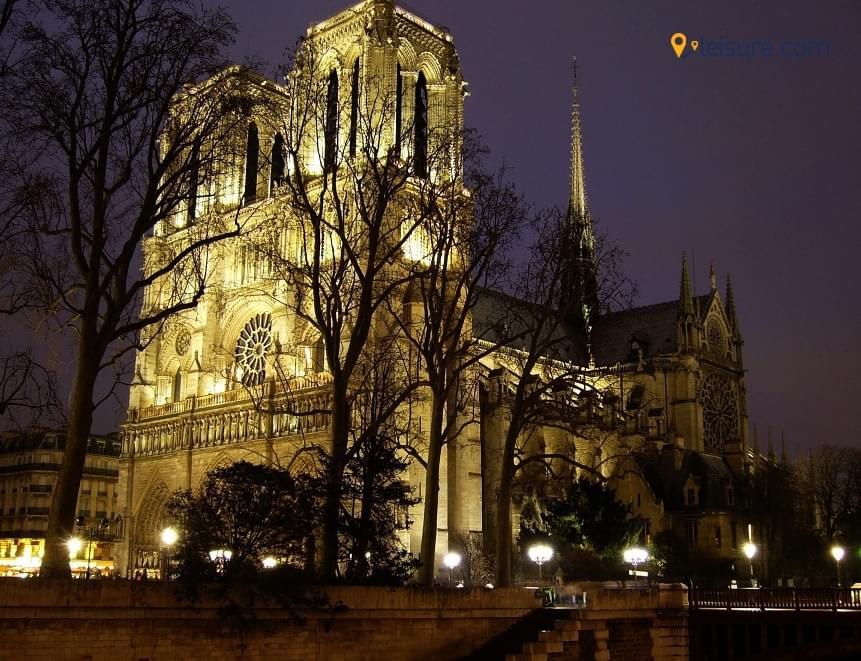