What Foods Should You Try On Your Vacation To Chile? 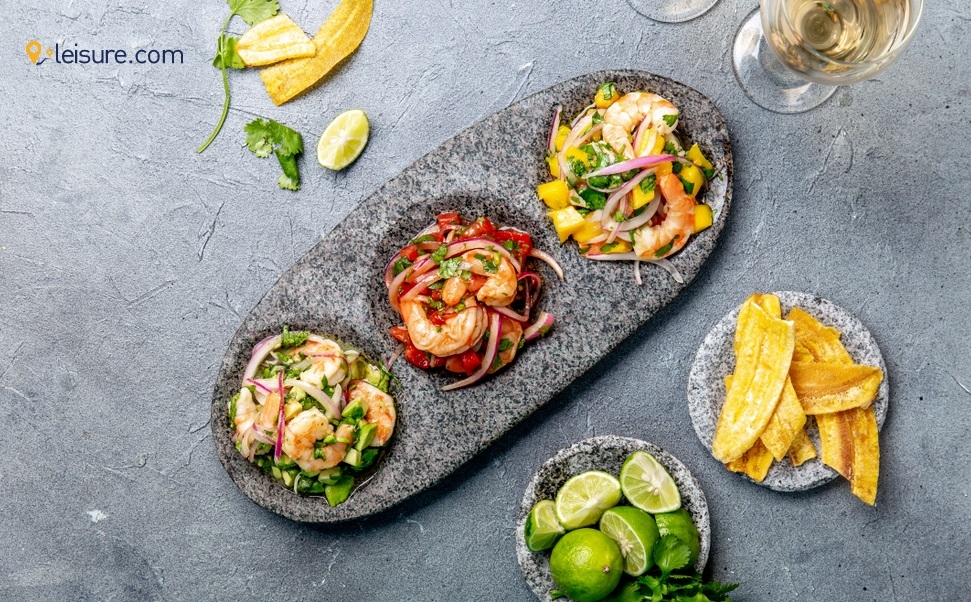 What comes to your mind when you hear 'Chile'? Incredibly long coastlines, the world's giant swimming pool, and the Atacama desert, the driest place in the world. Well, Chile has much more to offer, especially the food! So if you are questioning what foods you should try on your vacation in Chile, we have you covered. If you are a fan of corn, this place has to be your dreamland. The nation loves adding corn to a variety of dishes. From soups to savory spices and corn adorns. Apart from this, the variety is endless. Chile's food derives its extraordinary flavors from a lot of cultures. Mapuche, Chono, Araucanian, and Spanish recipes have given the flavors of Chile their present form.

A list of the must-have food to try on your vacation in Chile: 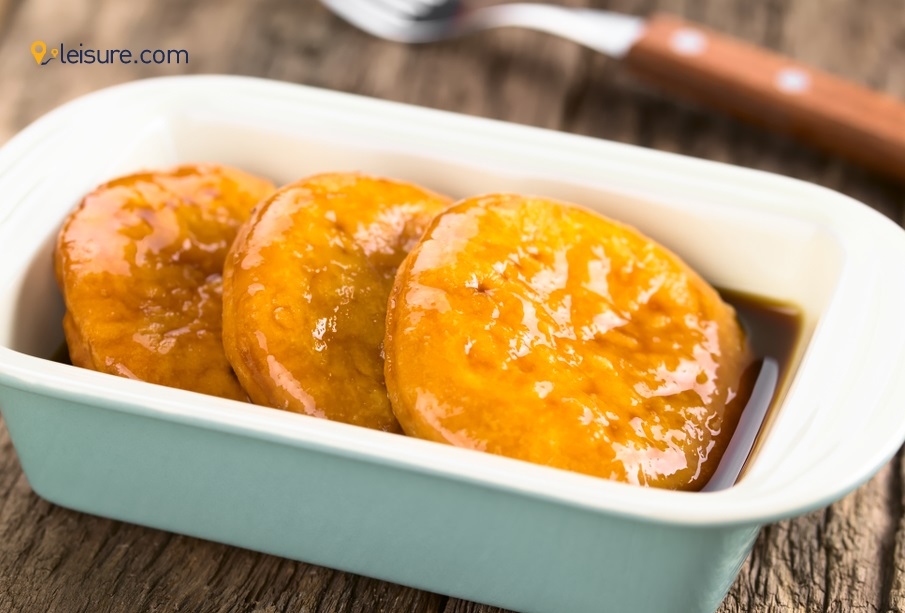 Sopaipillas are one of the most popular snacks throughout Chile. It is a sweet-salty circular flatbread, fried and made with squash. You can have it with fiber, which is a Chilean condiment made of a variety of spices. Onion, olive oil, garlic, and pepper are popular dips with Sopaipillas. The snack was first brought in by the Spanish. However, the Aracuaniun people (the indigenous of Chile) gave their name after a regional bird. Chileans prefer to have it during teatime, especially during the rainy winter.

If you are a fan of seafood, Pastel de Jaiba is a must-have for you. The dish is known by many names, such as crab casserole, crab cake, or savory crab pie. The dish is quite popular in the restaurants of Santiago. The dish combines soft white crab meat, which is generally sourced from Chile's inexorable coastlines, milk, pepper, oil, chili pepper, fish stock, and spices. It is topped with cheese and baked in a clay pot. Some chefs prefer to serve it in crab shells for the extra pizazz.

Pisco is a famous brandy, majorly produced in the regions of Peru and Chile. The Spanish settlers developed brandy in the 16th century as an alternative to their common brandy orujo. It has an earthy and sweet taste. You can try it near or in a pisco sour, a bubbly cocktail with a pinch of lime, egg white, and sugar. Pisco is now served in almost all parts of Chile. But if you want to try your best, get your Pisco served at Elqui.

The staple food of the Mapuche people, cazuela is a kind of stew. It can be beef, chicken, turkey, or any seafood based on what is available according to the season. Cazuelas consist of potatoes, chard, spinach, pumpkins, and carrots in winter. Summers have ingredients like green beans, tomatoes, and corn. Herbs such as thyme, the popular oregano, and parsley are added for the extra kick.

Ceviche is a seafood dish. Its main ingredient is reineta (pomfret) which is Chile's most popular kind of fish. It is a refreshing dish from fresh raw fish sogged in citrus juices such as lemon and limes. Spices such as aji, chili peppers, and other ingredients like onion, salt, and cilantro are used for the seasoning. The dish has become popular worldwide. But what's better than a place like Chile itself to taste it? Enjoy the tangy flavor and if you are okay with spices, add a pinch of merken for extra fun and adventure.

Protos Granados is also a thick stew; however, this is traditionally served in summer. Seasonal ingredients are used in the dish, such as onion, basil, garlic, mashed corn, and cranberry beans which combine to give a rich flavor. Squash is also added, giving it thickness and a tint of sweetness. If you are a vegetarian, the dish serves you right because it is traditionally vegetarian. But it can also be prepared with chicken and beef. The dish is a must-have but is not commonly served in Chile's restaurants. You will have to befriend a Chilean as soon as you land there. 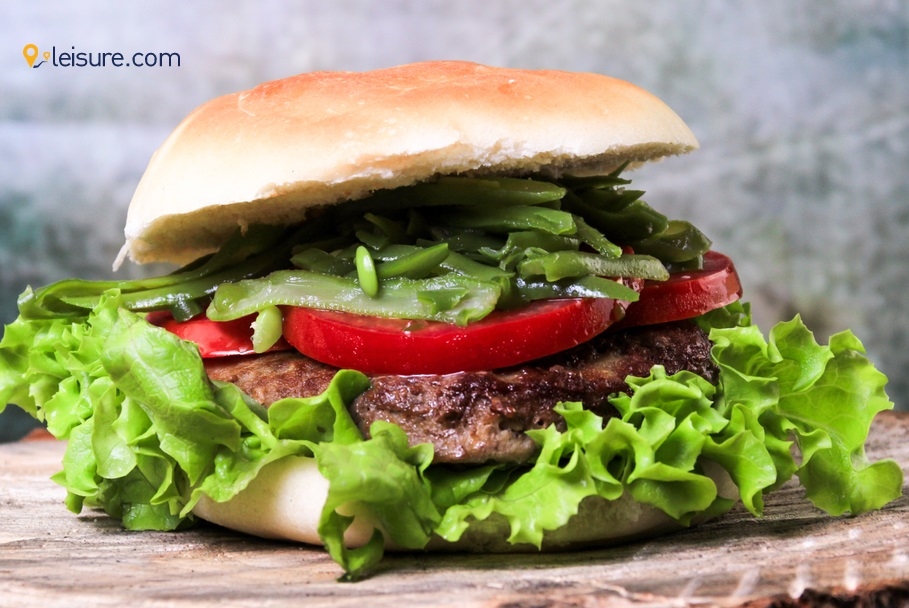 Who doesn't like perfectly made sandwiches? Easy, hassle-free, and tasty. And what's better than a chacarero in Chile? Chacarero is a Chilean sandwich made with finely sliced steak or pork served on a round roll with tomatoes, green beans, and chili pepper. Green beans, which are the key ingredients, are usually boiled. The chopped chilies add the extra spice for an unexpected burst in your mouth. Condiments could include mayo, cheese, and avocado.

Empanadas are equally famous in Argentina and Chile. However, there are a few differences between the two. Chilean Empanadas are enormous compared to their Argentinian contemporaries. Nearly double the size. Chilean Empanadas have a traditional filling, such as pino ( a mixture of finely chopped onions, beef, olives, preferably black, hard-boiled eggs, and raisins). You can have them as a snack or as lunch. Baked or fried, they are equally delicious. You can find a wide variety of them throughout the country, the lamb ones or shrimp ones, whichever you like.

It looks like a shepherd's pie, but it is not that. It is a baked Chilean pie made up of Choclo, a type of corn native to Chile and some South American countries. Pino, the most talked about ingredient, is the main filler of the dish. It is then combined with milk, lard, and sometimes chicken, and finally, it is popped into the oven. The creamy layer is formed from egg and corn, while the salty-sweet taste of the resin and olives complete the dish. You can also find it in most restaurants and farmer's markets.

Curanto refers to the dish and the entire cooking process itself. For the natives of Chile's archipelago, this dish is more than just a food item. Its history dates back to 6000 years ago. The method involved digging a hole in the ground and filling it with ingredients like meat, clams, sausages, veggies, milcao (potato bread), and some hot stones. The pit is then closed up and sealed with some seaweeds and giant rhubarb leaves placed at the top. This created an oven-like environment in the pit.

No one can ever go wrong with a hot dog. Almost every country has its version of hotdogs, and so does Chile. Completo is a cheap street food snack of chile, a take on the classic hot dogs. You can expect the dish seasoned with salsa, mayonnaise, chopped tomatoes, and sauerkraut. You can not miss a country's street food. Can you?

Yet another mouth-savoring food you would find in the restaurants and street-food stalls in Churrasco. This is Chile's take on a steak sandwich. The dish is typically grilled and then served with pan amasado, which is the traditional bread roll of Chile. You can have a wide variety of options with Churrasco. You might take a 'churrasco Italiano,' which typically has avocado and mayonnaise. The other can be 'Churrasco a lo Pobre, served with onion, caramelized, fried eggs, and loads of french fries. You should try street food on your vacation in Chile.

As said earlier, corn is the most popular ingredient in Chile. Therefore you can expect a wide variety of dishes, including corn. Humitas is one of them. Chilean Humitas is made from ground corn steamed in corn leaves and served as little parcels. You can find them in the Andean region of Santiago. Typically everywhere. It serves the best for vegetarians because it doesn't contain meat. As it comes in parcels, it's a handy food item to pack in your bags for long journeys. 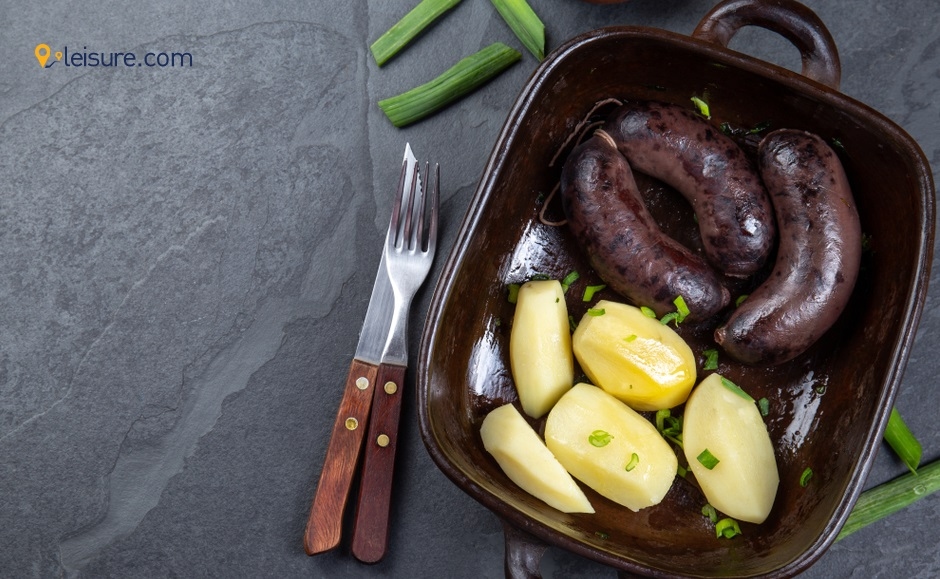 The Southern Prieta is served with steamed potatoes and heated by a cozy brazier. It is a cold-weather delicacy served at classic butcher shops. Like other native dishes, it doesn't succeed in breaking into the more sophisticated gourmet circles. Thus you can get it in some pretty regular restaurants or eateries.

Chile boasts a wide variety of cuisine and wine. If you haven't thought about Chilean food before, this is an offer to start. Every place has distinct flavors and dishes that make them stand out amongst tourists. Here, we cover the few dishes you can try when visiting Chile. One thing to not forget is pairing these dishes with their fantastic wine to elevate your palate. Follow leisure.com for more travel guidance and trip advice.