Make the Turkish Panorama yours with this 8-days Turkey vacation 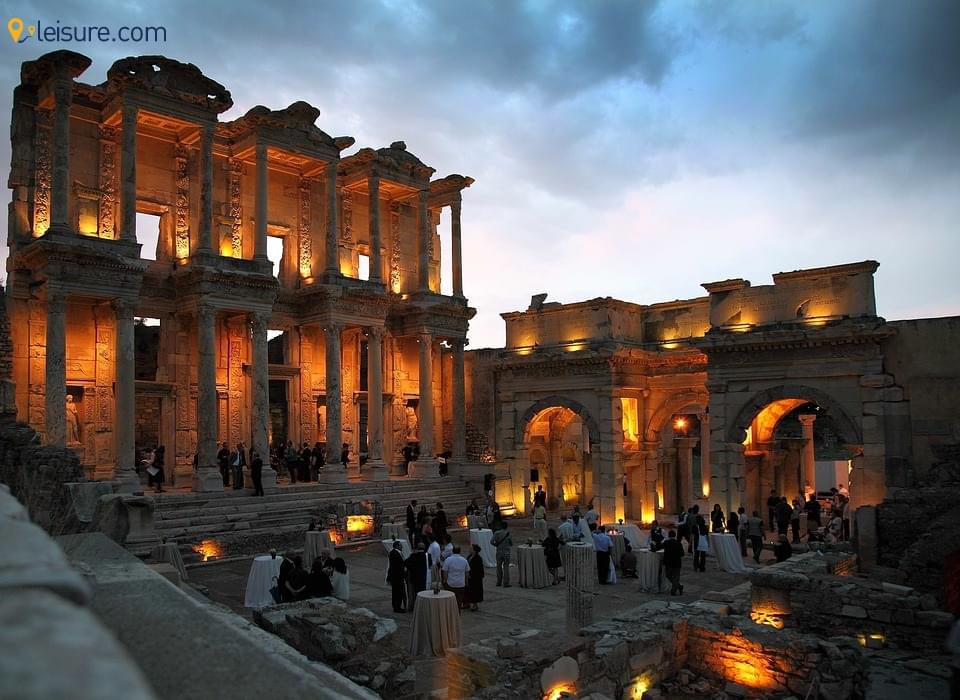 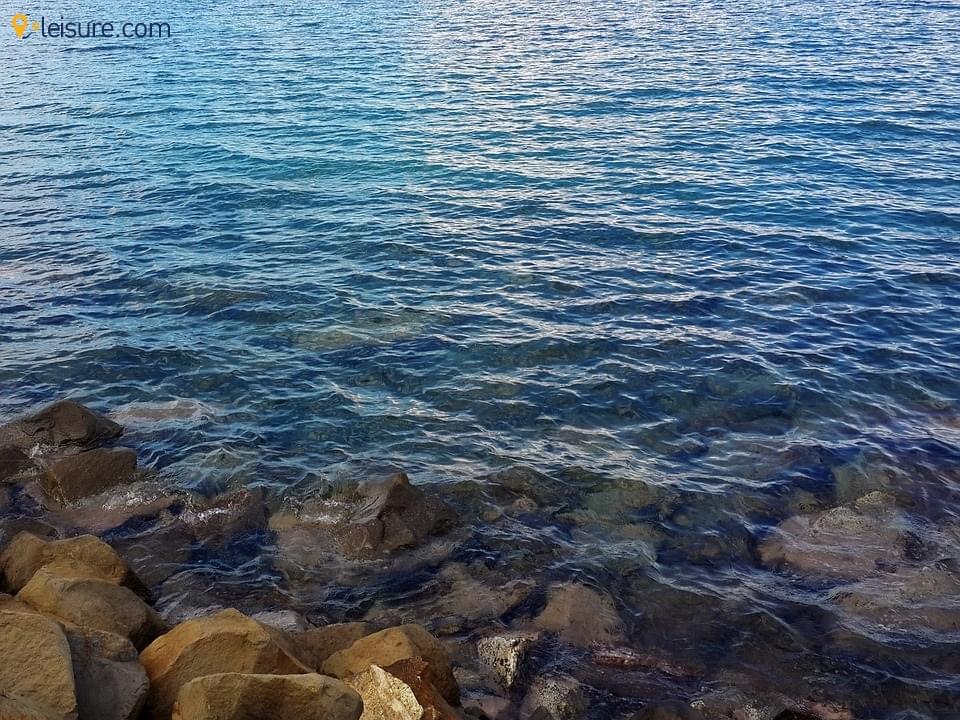 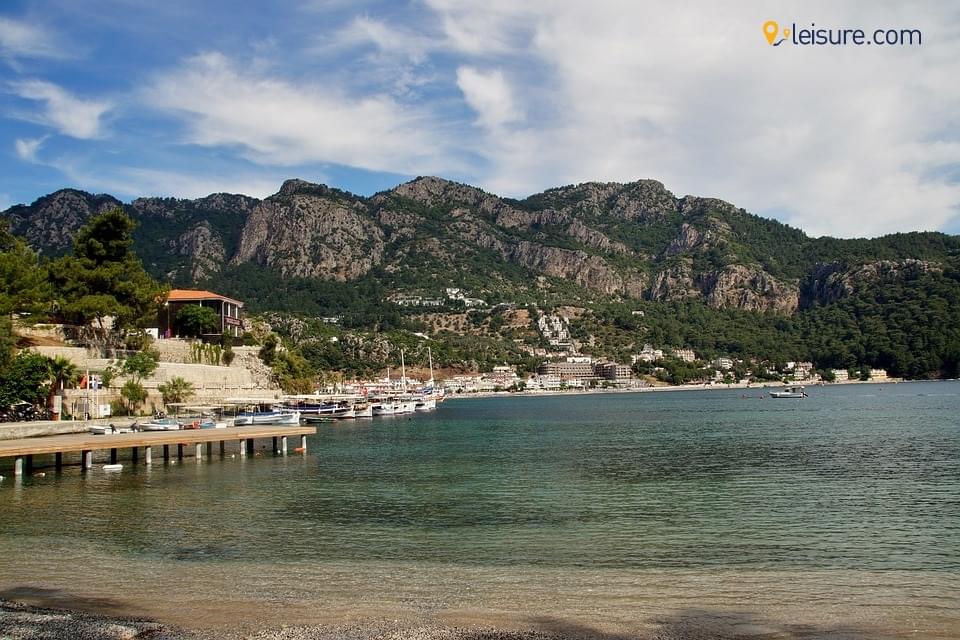 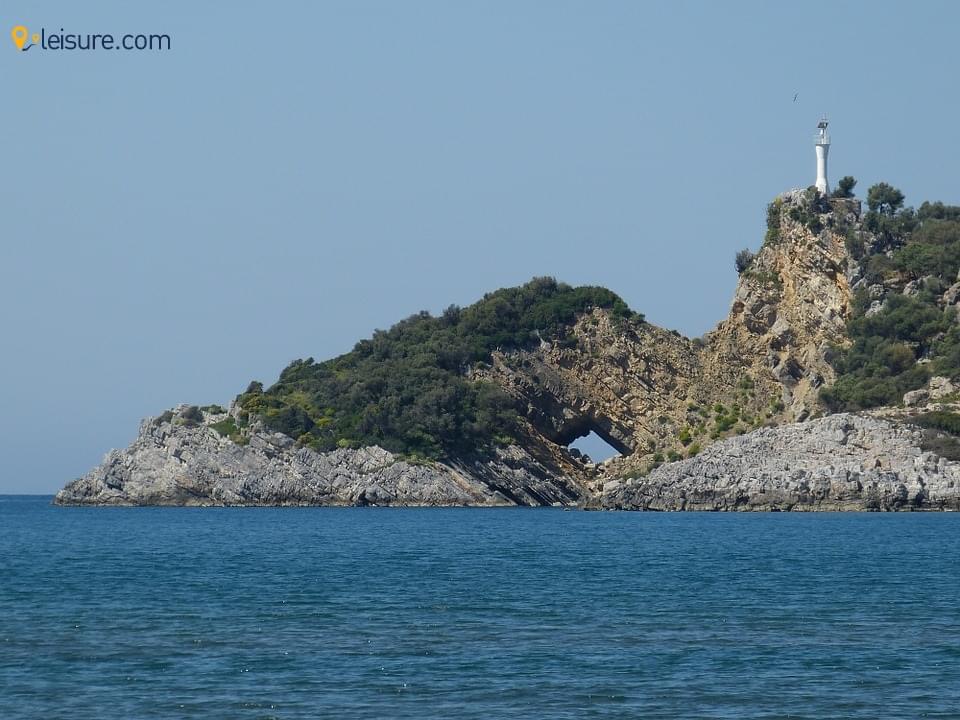 When Mehmed II attacked the city-state of Constantinople under Constantine XI, few people anticipated that this would besiege with the least damage to the already beautiful city but fewer people doubted that it won’t be as beautiful as it was earlier even after six centuries. Constantinople currently known as Istanbul is one of those cities which have received more tourists than many countries combined because of the life it inherits. In this magnificent 8-days Turkey vacation package, the focus would once again be on this beautiful city which was once called the bastion of the Red Apple. Starting and ending in Istanbul, visit more than 10 locations throughout the beautiful country of Turkey and checking out its reserves of tourist attractions. Check out the historical, archaeological and natural beauties of the country and learn about them from the experts available at all times. Learn about the culture, cuisine and other details in this detailed tour of the country which would take you to different places. Check out the highlights of the tour here –

Arrive in the beautiful city of Istanbul which was once the hub of cultural activities to kick start the all-important Turkey vacation package which would take you to many locations in the country with a focus on history and panorama. Check out the details of the tour in the following itinerary –

Day 1: Arrival in Istanbul and sightseeing

On the first day of the tour, you would be arriving in the beautiful city of Istanbul to kick-start the amazingly planned Turkey vacation package. It is here that you would be meeting the tour operator who would help you to get transferred to the pre-booked hotel. Here, you can plan the day’s itinerary depending upon the timing of the arrival in the day. Anyways, do come out in the evening to check out the amazing night culture of Istanbul which is one of the most happening places in the world. Stay here for the night.

The second day would be dedicated towards an awe-inspiring tour of one of the most beautiful places in the world – Istanbul which was earlier known as Constantinople. On the morning of the second day, you would be getting on a sightseeing tour of the city which would take around two hours. This would be dedicated to visiting the ruins of the walled city, the Golden Horn as well as the fishing district and Taksim. The tour will take you to the Topkapi Palace to admire the exterior beauty of the Hagia Sophia which had shown signs after the city of Constantinople fell into the hands of the Ottoman empire. Then, you would be taking a cable ride to reach up to the Pierre Loti viewpoint to look around the viewpoint around the Mosque of Suleyman the Magnificent (the largest in Istanbul). This city has been built on two continents and is the only city to be that way and hence you have a unique time to experience such beauty. In the afternoon, you will go around visiting the Taksim neighborhood and then have lunch at one of the most beautiful restaurants in the Galata. You will then be taking a boat ride on the Bosphorus for around two hours to make yourself familiar with the Europamundo travelers. You can understand the Bosphorus as a strait that connects the Black Sea with that of the Sea of Marmara that separates Istanbul into two parts: the European part and the Asian one. Here, you can see a multitude of boats parked and it is a lovely sight to see. You will then pass under the two bridges that unite Europe and Asia while admiring the palaces of the sultans, the typical wooden houses and the Ottoman villas. Check out the local diners and bar cultures of Istanbul in the night.

On the morning of the third day, you would be leaving the city of Istanbul early and cross by a fast ferry the Sea of Marmara which would take almost two hours to arrive at the port of Bandirma or Yalova as per the locals. Then, the journey would continue to the interior parts of Turkey which are even more exciting and intriguing with lots of history of the vast Ottoman empire. In the afternoon, you would be visiting Ephesus which can be said as the best-preserved ancient city of Asia Minor as this very town used to have a million inhabitants almost 2000 years ago. Then, you would be visiting Saint John’s Basilica as well as the house of the Virgin Mary and the archaeological sites around this major city. The journey will then move to Kusadasi which is a coastal town and has a lot of commercial activities here along with an ancient castle small in size.

Today, you would be leaving for Bodrum which is another beautiful and fortified city of the Greek Origin. Do not forget to visit the beautiful castles and stroll through its streets which are full of life as well as the tourism around the sports marina. After lunch, you would be visiting another beautiful place called Marmaris which is a beautiful coastal enclave with a castle, its marina, and the fountains. After visiting Marmaris, you would be leaving for Dalyan which is situated by a navigable river. Here, a boat ride would be included for around 2 hours which would take you through the river to see Lycia’s Royal Tombs as well as to see a large lake where you can stop for thermal springs. You can even bath in the thermal baths or go for a mud bath which is good for your health. After this, you can have the evening snacks at a traditional restaurant. You will continue to Antalya where you will make a brief visit to the coastal city which has a million inhabitants to see the door of Adrian, the Ottoman district and its great waterfall that falls straight into the sea. Stay here for the night.

Today, you would be visiting the Anatolian region between  the coast and the high mountains. You would be leaving early in the morning for Antalya to reach Aspendos to visit the Roman theatre which is believed to be preserved better than most other relics in the country. Once you visit the theatre, you would be visiting the Greek Temple of Apollo by the sea and look for the historical importance of it in Turkey and its culture. You will then cross the Taurus Mountains which have peaks around 3500 meters high and are snow-covered for the large part of the year. Here, you would stop at Karaman to visit the famous Tatan Evi which is an ancient Ottoman mansion with great interior and architecture. The journey would then continue to the region of Cappadocia and to the town of Nigde where the dinner would be taken and accommodation for the night would be done. you can choose to visit many other similar mansions like the one in Tartan Evi during the night time in Nigde which is another beautiful town.

Day 6: Visiting Nigde and the region of Cappadocia

The destination for the day would be a stroll in the beautiful region of Cappadocia which has lunar landscape and is filled with churched and out of the world Troglodyte villages. Then, you would be visiting Gumusler which is another seventh-century underground monastery with one of the best Byzantine frescoes in the whole country. you will then see Kaymakli which is the underground city that could house 30,000 families at that time because of the frequent raids that used to be here. You can visit the natural fortress of Uchisar and after lunch, you will see the Goreme valley which has open-air museums and churches which have been dug out of rocks. Stay here for the night.

Today, you would be visiting the landscapes in the interior of the country and it will change as you get closer to the Black Sea. The day would start with a magnificent tour of the Anatolia where you would have to respect the sanctity of the pilgrims by wearing suitable clothes and maintaining silences in the sanctuaries. You will be seeing Hacibecktas which are the sanctuary guards the tomb of Hacibecktas, a Sufi mystic of the 13th Century. Once you are done with that, you would be going to the capital city of Ankara to have free time and to enjoy the delicacies of the city which has grown politically over the years in the European sectors. The journey would then continue towards the northern side of Turkey and the landscape would start to get greener. You would arrive at a beautiful place called Safranbolu which was recently declared as a UNESCO World Heritage Site. This was one special city where the caravans used to stop in ancient times and has a courtyard of a magnificent old Caravanserail which you will explore in the company of a Traditional Turkish Tea.

Today is the last day of the tour and you would be willing to continue to the Black Sea and its beautiful facades. The first destination for the day would be to Gokgol Magarasi where you can get tickets to see the caves with its underground river and comes into multiple colors as well. The next destination would be Eregli which is next to the Black Sea to see the impressive Cehennemagzi Magarasi caves and tombs that are overflowing with mythology. Then, you will come back to Istanbul for the final departure. If time permits, you can even go shopping as Istanbul is another fashion capital of the world after Paris.