Fill your hearts out with this 8-days Turkey Vacation package 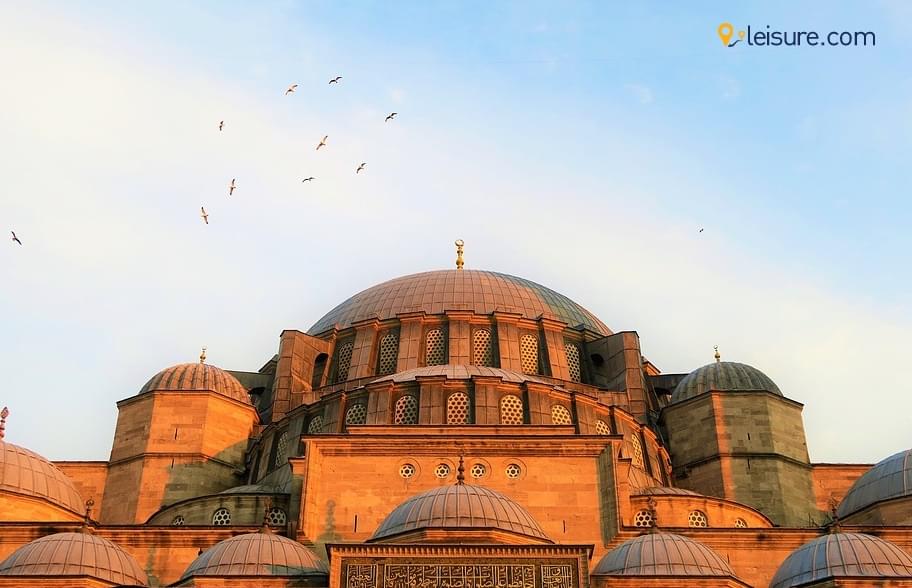 Turkey is one of the most beautiful countries in the world given its geographical setting and topographies. It is situated in the confluence between the eastern European and western Asia having too many cultural connections to ancient Greek, Persian, Roman, Byzantine and Ottoman empires. Istanbul is one of the most visited cities in the entire world because of its natural beauty and city culture. This 8-days Turkey trip would take you to more than 7 locations throughout the country starting from the capital city of Ankara. Travel to Istanbul situated on the Bosphorus Strait to check out the Hagia Sophia and its dome of the former Christian mosaics. Explore the 17th century Blue Mosque as well as the circa-1460 which was the former home of the Sultans. Home of the Ottoman Empire; explore the remaining of the Ottoman Empire and the relics or artifacts which remain. Learn about the history of Troy and Pergamon while admiring the geological wonderland in Cappadocia to see the western and central Anatolia. Visit the ancient museums to learn about history and culture while indulging you in some delicious Turkish delicacies.  Give a tour to the ruins of the ancient Roman city of Ephesus while get mesmerized by seeing the balloon-filed sunset skies in Ankara. Check out the highlights of the trip here –

The Turkey vacation package will commence with your arrival in Istanbul to start the trip. Throughout the eight days, you will visit more than 7 destinations starting from an all-round trip of Istanbul’s ancient and natural wonders. After Istanbul, you would be visiting Troy, Pergamum, Ephesus, Pamukkale,  Aphrodisias, Izmir while coming back to Ankara to finish the trip. Check out the details of the trip here –

On the first day of the trip, you would be arriving in the vibrant city of Istanbul to kick start your Turkey vacation package. You will be met with your trip advisor who would take you to the pre-booked hotel to refresh yourself. Depending upon the timing of the arrival, you can come out to visit some places in the immensely beautiful Istanbul or choose to relax in the hotel as today would be a leisure day. Check out some bars and local eateries in the night for a vivid experience before starting the trip the next day.

In the early morning of the second day, your tour guide would take for the transfer as you drive along the shores of the Marmara sea to cross the Dardanelles by ferry. Here you will be seeing the famous Homer’s legends while seeing the symbolic Trojan horse, the city walls, The Athena Temple and the Odeon. After this visit, you will take the route taken by those people who had escaped the fall of the city of Troy, an ancient legend itself, to reach the beautiful city of Pergamum. It is here that you would be spending the night and catch its legends the next day.

On the third day of the Turkey vacation package, you will have the chance of visiting some of the best places in Pergamum. You will be transferred to the Selcuk area in the morning to visit the ancient city of Ephesus which was once called the Roman capital of Asia Minor. After that, you can voluntarily give a visit to the House of Virgin Mary after which you can have your lunch here at this place. The Christian and the Muslim shrine is situated near Ephesus and it is believed that the Virgin Mary was taken to this stone house by Saint John and lived there. Once you complete the tour of Ephesus, you will be driven to Pamukkale town where a thermal bath would be available. Stay here in Pamukkale for the night.

You will start the fourth day with a delicious traditional meal in the hotel after which you would hop on for an unforgettable day. The first destination of the day would be to the famous ‘Cotton Castle’ to witness some of the amazing sculptors of Aphrodisias which have been demonstrated here created on the marble statues. The meaning of Pamukkale is Cotton Castle and is a natural site created by the hot springs and the travertines due to which terraces of rock pools have been formed from the minerals left by the flowing water. After that, you will be visiting the ancient city of Hierapolis which was built on the top of these travertines and is nearly 3000 m long. You can even see this site from a long distance on a clear day. Once done, you will then shift your focus on the rock pools, the ancient Hierapolis, Necropolis, the Roman Baths as well as the amphitheater.

You will then drive to another beautiful place called the Aphrodisias which is an ancient city, once autonomous during the time of the Roman Empire, was known for its Temple which has been dedicated to its protecting Goddess, Aphrodite. Check out some of the attractions of the place such as the amphitheater, Basilica, the Roman Baths, and the biggest stadium of the time. Do not forget to visit the Aphrodisias museum which has some magnificent statues. After visiting this place, you will be driven to Izmir which lies on the Aegean Coast of Turkey. Spend the rest of the day at leisure while taking a shot at visiting the Kadifekale (Velvet Castle) which is one of the attractions of the place.

The fifth day of the trip would be an amazing one where you will take an early morning flight to Ankara which will be followed by a relaxing drive to Konya which is the hometown of Jellaleddin Al Rumi, the great philosopher and the founder of the Whirling Dervishes’ order. The teachings of Jellaleddin Al Rumi, his poems and good manners have been translated into many of the languages and are one of the widely read poets of the world. He was also described as the most popular poet in America in 2007.  You can then visit the Mausoleum of Mevlana to see the Dervishes while also checking out the 13th-century theological schools of Karatay and Ice Minare. Stay here in Konya to see some of the best sights of Cappadocia tomorrow.

On the morning of the sixth day, you will be traveling to Cappadocia which is also called the land of stone dwellings, rock chapels, and monasteries which are spread all over the city. The first destination for the day would be to the citadel of Uchisar followed by Pigeon Valley, Avcilar Valley, Zelve Valley, and the town of Avanos which is famous for its ceramics made from the local red clay. Check out some of the local fish or meat restaurants where you can also select some of the local Cappadocia wines. After lunch, you can visit the Open-air museum of Goreme which has its churches carved out of the rock and one-of-a-kind frescoes, as well as the Karanlik Church. This place has recently been restored and has been announced as a treasure of the world by the UNESCO. After dinner, do try to visit some of the local wine houses and enjoy a local folklore performance by the local artists. Check-in a pre-booked hotel in Cappadocia for the night.

On the morning of the seventh day of the Turkey vacation package, you can have breakfast at the hotel in Cappadocia after which you leave for a tour of Pancarlik Valley to see the ridges of pink and white rock. This valley is full of vineyards and fruit trees and you might be given a tour of the vineyards as well. After that, you can explore the underground city of Derinkuyu where the early Christians used to hide from the invading armies. These kinds of underground cities can be found a lot here. Leave the city of Cappadocia in the afternoon and drive to Ankara to visit the famous Salt Lake which is white inside out. With the drive taking around four hours, you can have an optional lunch on the way near the 13th Century Agzikarahan Caravanserai of Seljuks. Visit some of the places in the capital city before retiring for the night.

Today would be the last day of the Turkey vacation package and you can use it by visiting some of the places in Ankara. The first destination of the half-day tour would be to the Museum of Anatolian Civilizations and the Mausoleum of Atatürk, the founder and the first president of the Turkish Republic. After the tour, your tour guide will help you transfer to the Ankara Esenboga Airport Airport for departure proceedings. 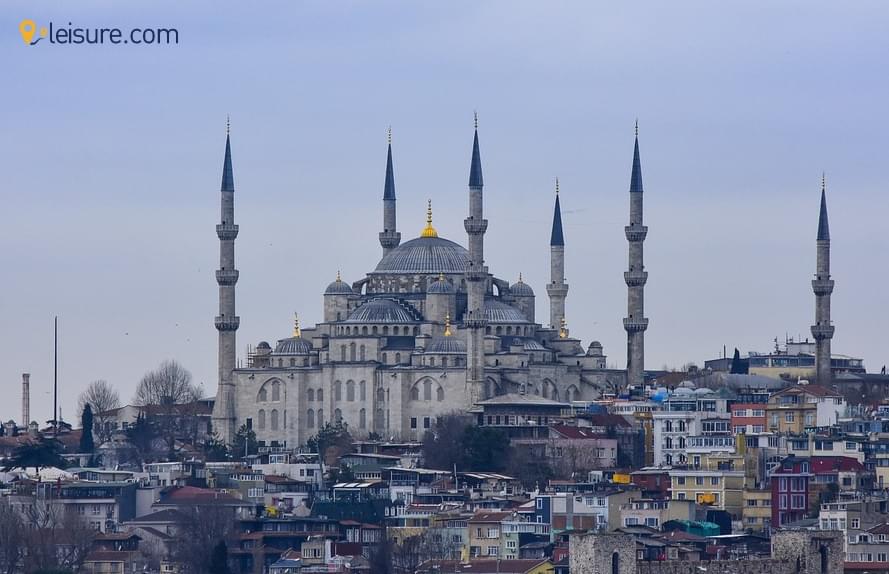 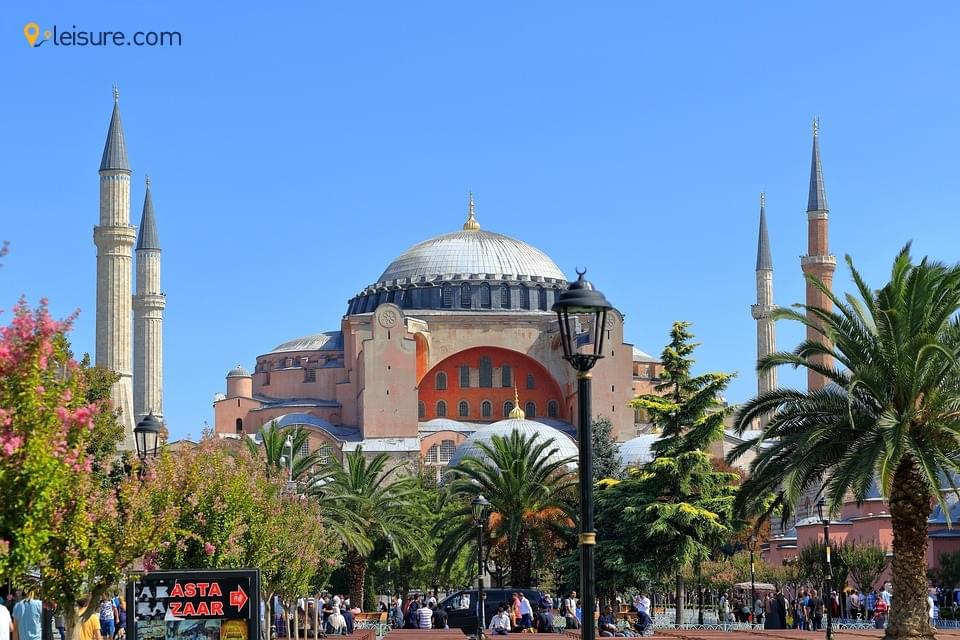 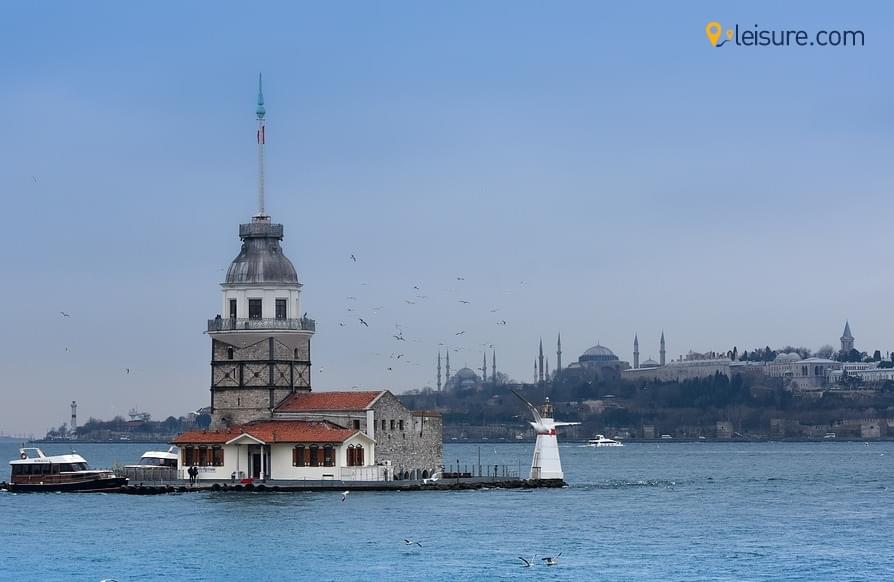 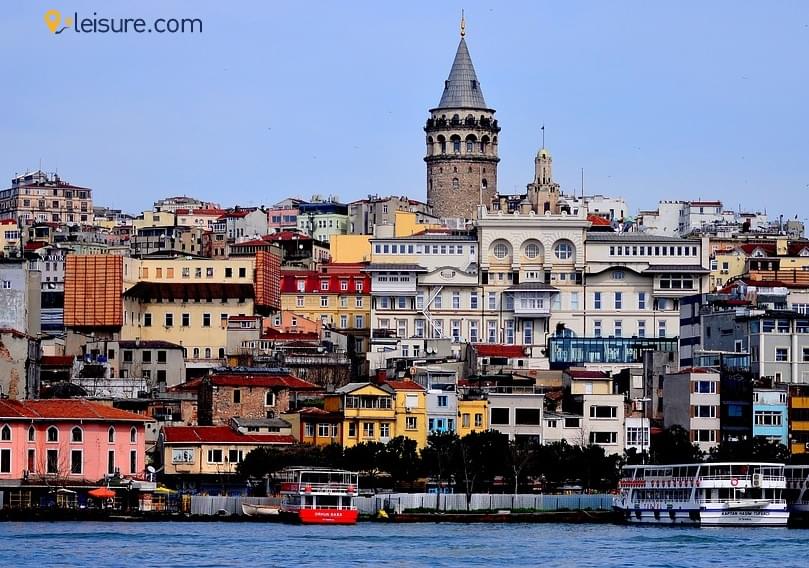