Top 6 Places in Bulgaria to Feed Your Adventurous Spirits 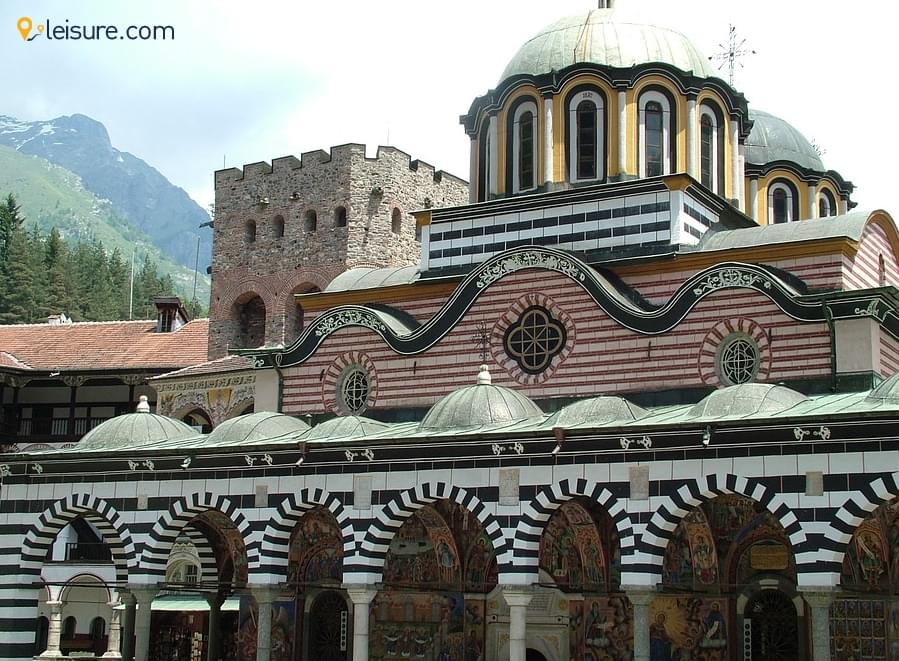 Exploring the riches of Bulgaria is undoubtedly one of the wildest dreams of any traveler - phenomenal landscapes, lush greenery, majestic lands, rich culture, and history - what more one could wish for? Considered as a remarkably beautiful as well as unique destination, Bulgaria has the most golden beaches, scenic mountains, clean villages and delicious traditional food that as per the Bulgarian saying, would make you ‘eat your fingers’! So, discover the magnificence of Bulgaria and its wonderful cities with your incredible Bulgaria vacation packages.

The fact that Bulgaria is still considered as an off-beat track is quite amazing as the country possesses a bit of everything, and that too at an affordable price. The mountainous slopes of Pamporovo and Bansko draw skiers during winters while the Black Sea beaches attract tourists during the months of summer. Sun-kissed beaches, dazzling party towns, snow-covered ski resorts to enchanting historical narratives - you have all the reasons to go for this 6-days Bulgaria vacation and get amazed by the charm of this fascinating country.

Situated on the Balkan peninsula, Sofia is the capital city of Bulgaria with a population of about 7,061,389, as per US estimates. The gorgeous metropolis exhibit a tiny city center, restaurants and lovely cafes, other than the significant tourist spots, all located within walking distance of each other. Once you step in Sofia, you would wish to explore some of its most eminent attractions, along with observing its magical sunsets and beautiful landscapes high up on Vitosha Mountain. Sofia, undoubtedly boasts its own distinct riches, making any tourists go gaga over it. The National History Museum, the suburbs of Boyana, Borisova Gradina Central Park, the Vitosha nature park and the renowned Cathedral St. Alexander Nevski are some of the most eminent places around here. There also happens to be a number of free activities here that you can check out during your trip. It is also an ideal place to start your Bulgaria vacation as first-time travelers can get the opportunity to know more about the capital’s worthwhile and most eminent landmarks and spots around here. Meanwhile, the adventure junkies can also make the most of the various winter sports such as snowboarding and skiing in the Vitosha mountain, which is situated only 0.6 km away from the city.

Situated amidst Rila Mountains, Rila monastery is the country’s largest monastery. Famous as the Monastery of Saint Ivan of Rila, this is the most famed Eastern Orthodox Monastery and is one of the major tourist highlights in Bulgaria. Founded by St. John of Rila in the 10th century, this splendid monastery is visited by thousands of pilgrims each year. This UNESCO World Heritage Site is constructed in Mamluk, Romanesque and Byzantine pattern. With black and white arches, wooden staircases, vibrant mosaics and domes, the monastery looks spectacular and impressive, while the 250 well-preserved manuscripts, as well as paintings, are things to applaud. Other than the magnificent monastery and its in-house museum and gallery, tourists can explore Rila Mountains, Rila National Park, and Medi Valley Winery.

This quiet town of vibrant houses, classical Bulgarian architecture, as well as the folk festivals, is immersed in rich history and once used to be the heart of the intense April revolution against the Ottoman Empire. The origin of the town is not known, though there are a number of legends surrounding it. It can be affirmed that it was ruined by fire a number of times, before it became the romantic refuge that it is today. The artistic monuments of the town lined throughout it. Oslekov House is the most memorable highlights in Koprivshtitsa. It was the former home of an affluent merchant constructed in 1856, and Topalova House, constructed and lived in by an eminent tax collector in the year 1854. Both display items distinct to the time period of the homes, and reflect what life would have appeared like in the 1900’s. Else, the scenic town is situated between mountain ranges of lush green.

The sun-splashed summer favorite of the locals making their way out of Sofia and Plovdiv, Varna is much more than just a resort town situated on the edge of the Black Sea. With an enthralling as well as long history, oodles of disintegrating Roman bathhouses and extravagant Orthodox architecture, the city attracts sun seekers and history buffs as well as culture vultures. The beaches are, of course a major factor, and one buzzing sand-side promenade entice travelers with exotic seafood restaurants and cocktail bars, while dazzling clubs flare out right on the edge of the shore after dawn.

Veliko Tarnovo is considered to be one of the best places to visit in Europe and it stands out majorly because of its incredible beauty. The River Yantra wanders via Veliko Tarnovo formic a scenic setting for this historic north Bulgarian city. Houses built in the National Revival style stick to the hills, making one to simply fall in love with this impressive city. You will be amazed to know that the city was the capital of Bulgaria between the 12th and 14th centuries, during the pinnacle of the Second Bulgarian Empire. During your Veliko Tarnovo tour, make your way to Tsarevets - the fortress with ramparts, the church, and the king’s castle on the top of the hill. While strolling along the cobblestone Gurko Street, you are sure to step back in time. You can also shop for hand-made souvenirs at the Samovodska Charshia. For the splendid panoramic view of the city, make your way to the Asenevtsi Monument. While you are there, you can also visit the art gallery.

The quaint seaside town of Sozopol is the oldest town in Bulgaria. It was founded by the Greeks in 610 BC, where it became a place of salvation and a center for the arts. The archaeological evidence of their time spent is still there in Sozopol today. Though, other rulers and empires over the years came to occupy the land. The remains of ancient walls, and medieval Christian complex, and fortresses dotting the peninsula are there, as such. Today, the majority of the people make their way to the region for the charming seaside resorts that overlook the coastline, romantic cobblestoned streets, and splendid beaches. The town usually hosts cultural events, and boast an amazing dining as well as nightlife options. For the ones seeking something more thrilling than sunbathing, a variety of sports are there on the beaches during the day including sailing, volleyball, wakeboarding, jet-skiing, and surfing. 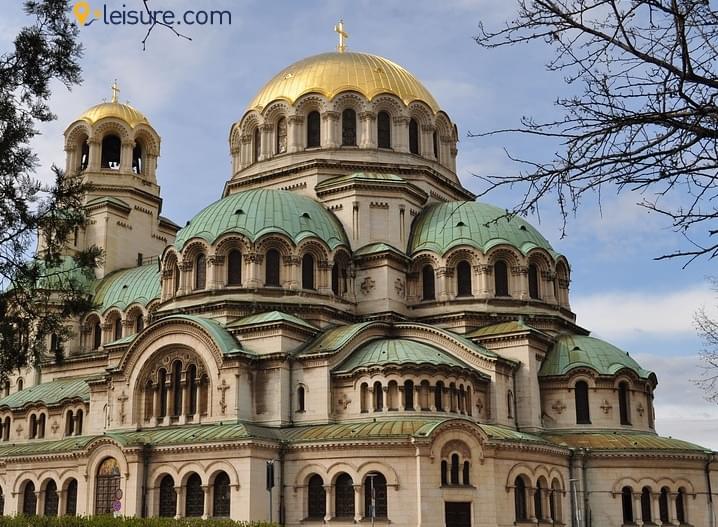 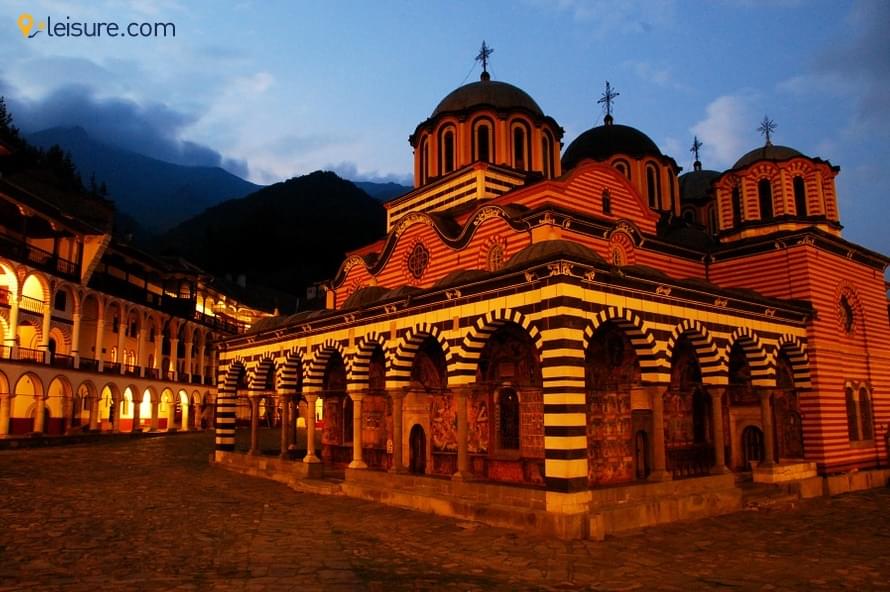 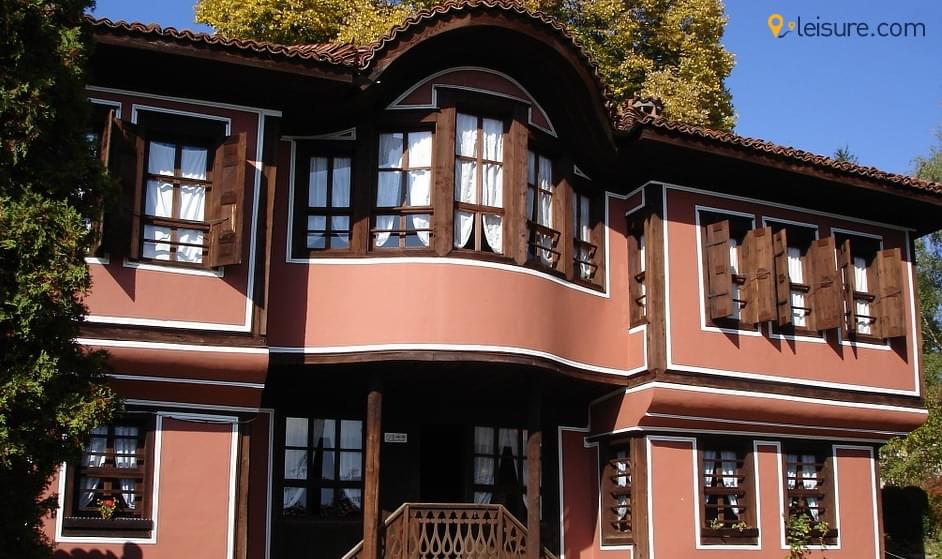