Hit The Roads With The 7 days Czech Republic Vacation 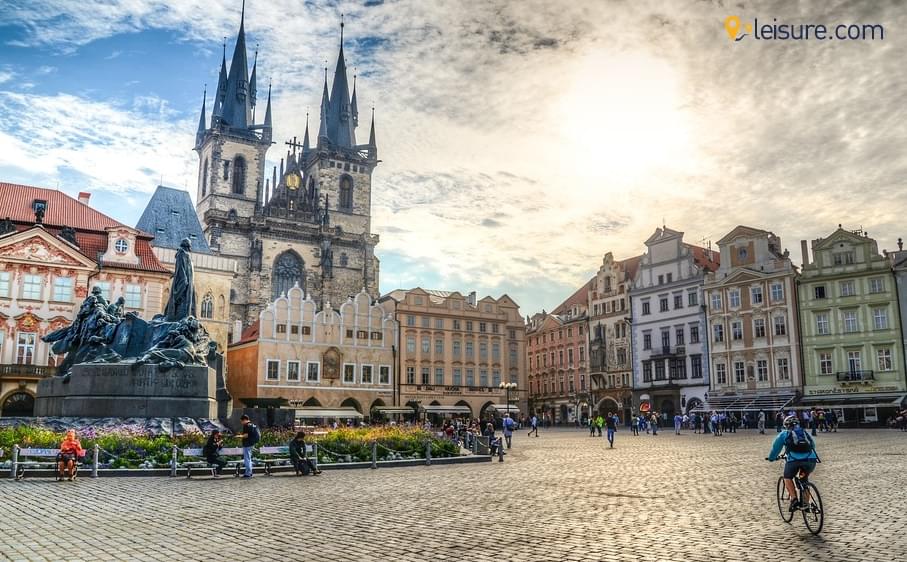 The Czech Republic or locally called Czechia lies in the tourist activity center of Europe bordering yet another tourist-friendly country of Germany, Austria, and Slovakia which was formed from its border after WWII. One of the few countries which have as much history embedded in it as the natural resources, the Czech Republic is known for its cobblestone lanes and ancient gothic architecture even in its countryside. In this customized tour of the Republic, you will start from Prague with the bike and barge and cross the Elbe River and roam throughout the country moving to 6 other locations other than Prague. The small country situated in the heart of Europe has some mesmerizing locations which are worth visiting this winter, the season in which it comes out in great glory. It has some amazing river landscapes, picturesque villages and romantic castles which can mesmerize anyone. Get to see the Middle Ages built castles, architectural supremacies which make the Czech Republic one of the most toured countries in the world. Check out the fairy tale ambiance and the golden spires of Prague, one of the most prized possessions of the Czech Republic and a point from where your biking tour would start and finish. Check out the highlights of the tour here –

To start the finest tour of the Czech Republic, you will arrive in the beautiful city of Prague from where you will also be handed over the bikes and barges. The cycle route would take you to the Upper Moldova River also called the Vltava in the local dialect and then to Melnik which is home to many wineries. You will then cross the Elbe River and enter the cities which have many secrets to tell. Come back to Prague to end the tour of seven days. Check out the details of the tour in this day-wise itinerary given below:

Day 1: Arrival in Prague to start the tour; transfer to Brandys nad Labem to take Barge

Arrive in the beautiful city of Prague to kick start your seven days Czech Republic vacation on bicycles and barges. On the airport itself, you will meet your tour guide and tour operator who will take you to the pre-booked hotel where you can have some meal and get refreshed. After getting fresh, you will be transferred to by a group transfer bus to the barge at the Brandys nad Labem (Brandeis a der Elbe). This place is a beautiful scenic twin-town and has a castle and urban district going by the name of Stara Boleslav which is also the oldest pilgrimage site in Bohemia. You will stay the night here and do come out in the night to take a stroll through some local cafes and cuisine.

Day 2: Cycling to the Elbe town of Nymburk, by boat to Melnik and loop cycle to Nymburk

The day two of the Czech Republic vacation would be a busy one when you come out from the bustling Brandys and visit its magnificent castle and then off to a beautiful Elbe town of Nymburk. This town has a fortification and a picturesque old town with a bridge so photogenic that you won't resist taking a photo. You can then go on to explore the interesting historical buildings and monuments which have made this place famous. Take a boat and return to Brandys. After having some meal, You will then take a cruise ride to Melnik, another beautiful photogenic town. On arrival to the city, you will cycle mostly along the Vltava River and reach the Veltrusy Park which has vast landscape parks and with innumerable sculptures and pavilions. The cycling will continue to the Nelahozeves where you can visit one of the most famous castles of Bohemia which is also known as the “little Louvre of Czechia”. Further, you can sign up to visit the birthplace of Antonin Dvorák whose work has influenced the cultural practices of the Czech Republic. Cycle back to the royal town of Melnik to spend the night here.

Day 3: Cycling along the Elbe to Roudnice, by boat to Litomerice

On the morning of the fourth day, you will go on to explore the beautiful small town of Melnik which has some ancient facades along with its majestic fortified castle towering over the Elbe River and offers a panoramic view of the confluence of the Vltava and Elbe Rivers. The cycling schedule of today would be followed by the passing through the Vlineves, Racice, and Dobrín before reaching Roudnice which would be the final destination for today. In the evening, you will board the barge that sails to Litomerice where you will spend the night.

The fourth day would be left on the tourists to spend it on their leisure. The barge will remain there in Litomerice. You can choose to have a guided walking tour to discover the Czech towns and the royal town of Litomerice or can choose to explore the town independently. The town is filled with Gothic architecture with fresh paint from the Renaissance and Baroque buildings which are situated in the town center. The center is mostly encircled by the well-preserved Gothic fortifications that are sure to mesmerize you. Do check out the Baroque Cathedral of St Stephen which is situated atop the dome hill and then the historic underground (extensive tunnel system) or the Bishop’s residence. Also, make time to cycle to the Terezín Memorial (Theresienstadt) which is situated in the Village of Terezin. You can then take a tour of the concentration camp memorial which is not far from here. If you are an advanced cyclist and want to explore more, you can then go on towards Usti which is situated in the narrow valley of the Elbe River. You will also pass through the Bohemian Gate as well as the old castle ruin called Schreckenstein. Stay the night here.

Today, you will take on the barge and sail towards the between peaceful city of Melnik which is situated on a hill that overlooks the confluence of the Vltava and Elbe rivers. Today, you will ride along the banks of Elbe, taking through the woods, quiet wetlands and some small villages along the way. You will then head to Brandys nad Labem where you will stay for the night.

On the sixth day of the tour, you will have the opportunity of visiting Prague once again. After having some meal, you will join a bus touring party to the main station in Prague and have free time to explore the Golden City for the second time. After having visited the entire city twice over, you will be transferred back from the main station in Prague to the barge in Brandys nad Labem where you can choose from a loop cycle from the Brandys to the nearby places. Stay for the night here.

After having a mesmerizing cycling tour of Prague, it is time for bidding adieu to this special Czech Republic vacation package. Today, your tour operator would do the formality of transferring to the main station or airport as per your departure schedule. 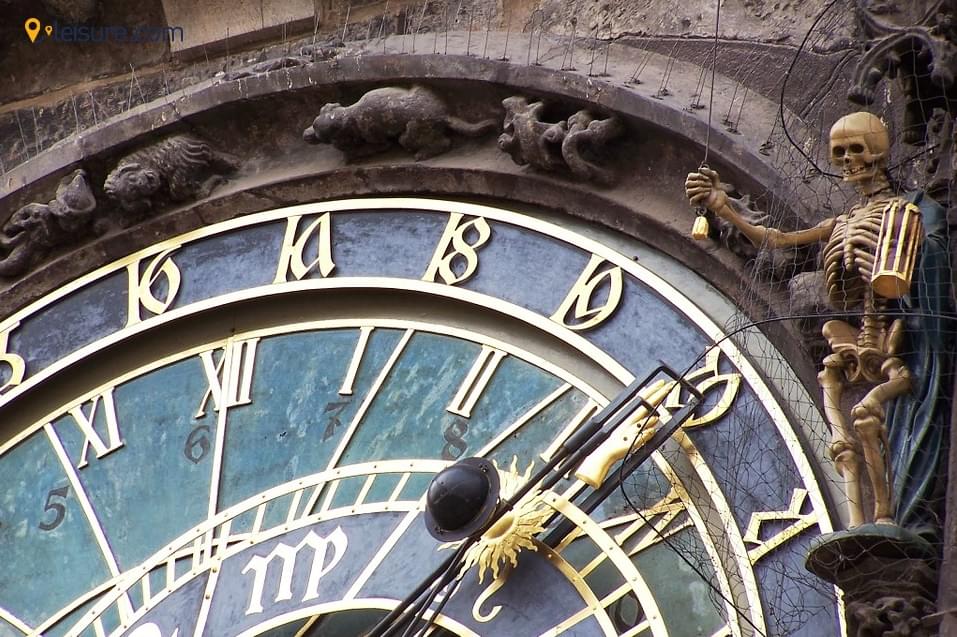 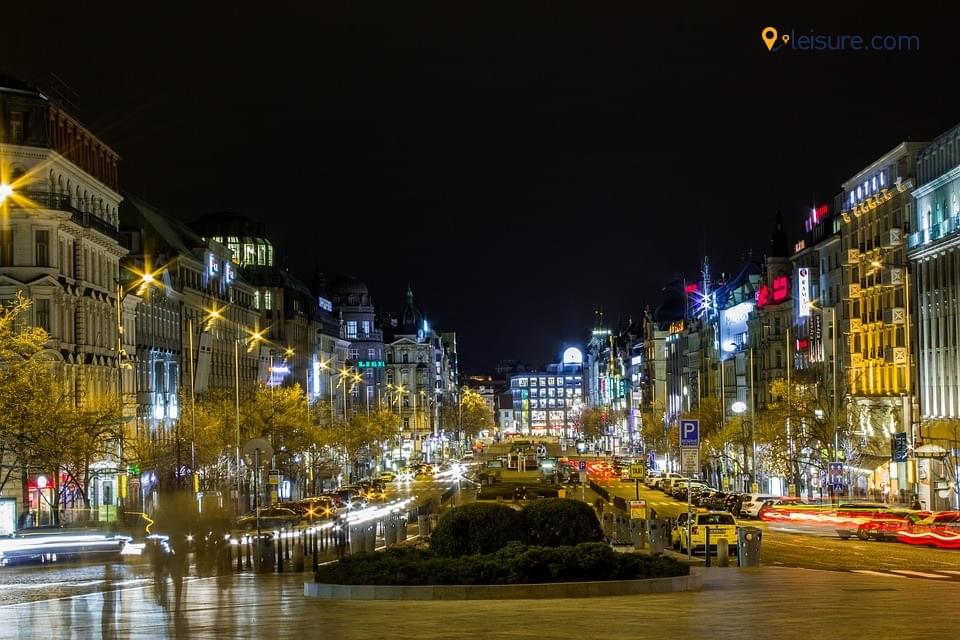 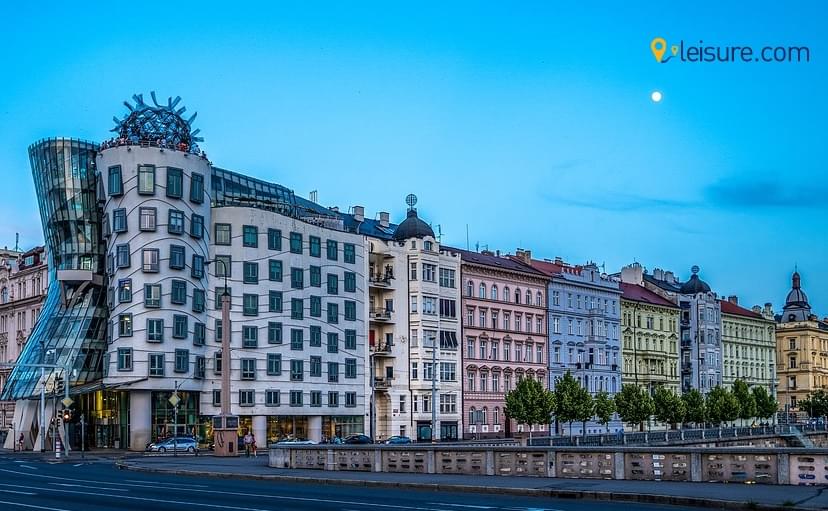 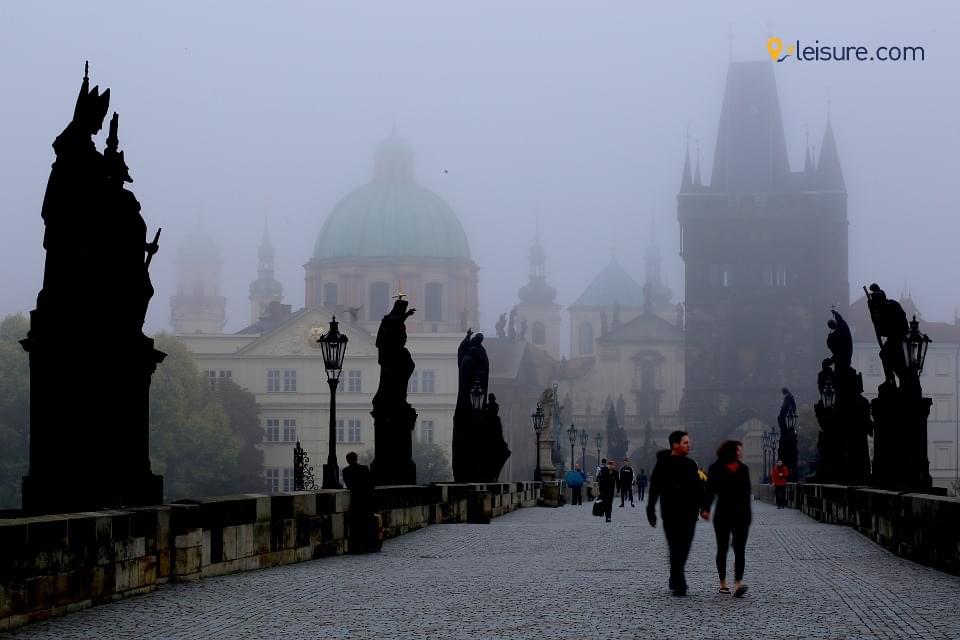