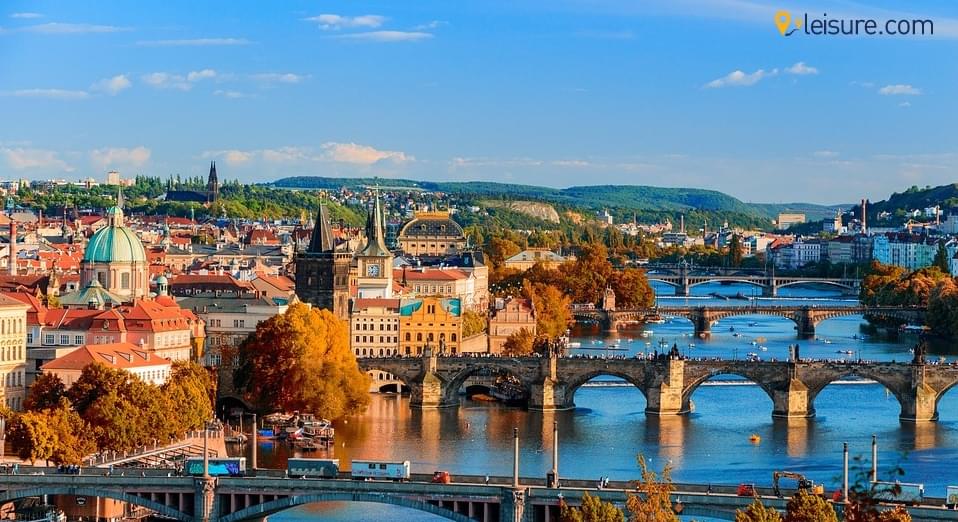 Christmas and New Year are nearby and you must be eagerly waiting for them to arrive to plan for a wonderful outing, someplace which could completely change your mindset from work and hustling city life. One of such places in the Czech Republic where the mood is always festive and places so serene which complement to serenity. In this highly customized 9 days’ vacation to the Czech Republic, you will explore the country in totality and check out its cultural and strategical importance in Europe. In the Second World War, the country had been battered by the Axis forces but it rose on its feet quickly to restore its never-dying culture and technical superiority. Throughout the tour, you will be visiting various centers of culture, historical remnants, cathedrals and other museums where you can learn a lot about its culture and overall importance. Starting from the capital city of Prague, you will be taken throughout the country where you can celebrate the week of Christmas and New Year in complete celebration mood. Check out the highlights of the trip here as follows:

You will arrive in the capital city of Prague to start your nine days of Czech Republic vacation. Throughout the tour, you will be visiting around 10 destinations while ending the tour in the capital city itself. Check out the complete details of the trip here in the day-wise itinerary give below:

On the first day of the trip, you will be arriving in the beautiful capital city of Prague to start the trip of the Czech Republic. You will be meeting your tour operator who will take you to the pre-booked hotel. Depending upon the timing of your arrival, you can design the itinerary for the day. if you arrive early, do come out in the night time to enjoy the vibrant nightlife of Prague.

On the second day of the tour, you will move out breakfast to visit the capital city of Prague which holds many secrets. your morning will start with a transport ride up to Prague Castle, the biggest medieval mansion in Europe and the official office of the President of the Czech Republic. The stronghold is just about 18 sections of land and contains various royal residences, ancient churches, squares and review towers. Stroll through authentic structures – Old Royal Palace, St. George's Basilica, Golden Lane with Daliborka Tower. Visit the most unmistakable milestone, St Vitus Cathedral, the biggest and the most significant sanctuary in Prague. Religious administrations, royal celebrations of Czech lords and rulers occurred here and it is likewise the internment spot of a few supporter holy people, sovereigns, aristocrats and diocese supervisors.

At that point stroll downslope through the beautiful Lesser Town, with its old burgher houses, curious side boulevards, and St. Nicholas Church. You will go by the cobbled side roads loaded up with little shops and churches on your way to the acclaimed galactic clock and the Old Town Square Christmas showcase. An enormous Christmas tree and shopping slow down are encompassed by hundreds of years old Gothic, Renaissance, and Baroque structures. The tree is decorated with several lights and is lit each night at nightfall.

Day 3: Continue to the Prague Review

The third day would also be invested in understanding Prague only. After breakfast, your Prague visit proceeds in the old town and the Jewish Quarter. Josefov, the previous Jewish ghetto, is dabbed with tokens of its past. These incorporate the endured headstones of the Old Jewish Cemetery, and the Pinkas Synagogue, presently a Holocaust remembrance with displays concentrating on Jewish kids. Visit the Jewish historical center, established in 1906 which is one of the most seasoned and constantly existing Jewish exhibition halls on the planet. Additionally, visit synagogues and the Jewish Cemetery. Find out about the conventions, traditions, and legends of the Jewish individuals from their initial settlements in the tenth century through their forced exits during World War II. After lunch, visit the second biggest Christmas advertise in the downtown area, Wenceslas Square. Situated in New Town, the square has noteworthy structures around which a significant part of the cutting edge improvement of the city has come to fruition. Warm-up with a glass of mulled wine (sva?ák in Czech), and taste Christmas specialties, for example, braided cake (váno?ka). The greater parts of the merchandise in this market are handcrafted so look at the wooden toys, blessings made of glass, iron, and steel.

On the fourth day, you will be visiting one of the deadliest sites in the Second World War – the Terezin Concentration Camp. Travel on an educational excursion to Terezin Concentration Camp at the beginning of today. Initially, a military post worked in the eighteenth century then it was transformed into a Jewish ghetto during World War II where a huge number of Jewish individuals and different detainees were forcefully gassed and detained. Visit around the whole mind-boggling \ death camp and the Terezín Monument which is devoted to the casualties of the holocaust. Czechs love setting off firecrackers and as noon approaches travelers to assemble by the waterway, the Old Town Square and Wenceslas Square to watch the firecrackers. As it draws nearer to noon the climate manufactures and the groups get bigger. At that point, at the stroke of noon, it gets pretty exciting, the skies land with both firecrackers that make a fantastic and remarkable memory. Do not leave the festivity.

After having visited Prague and nearby spots for continuously four days, today would mark a leisure day when the tour operator would leave at your leisure to explore the city. All the stalls and market would be open and it would be a good day to visit the markets for buying souvenirs to take home.

After breakfast on the sixth day, you would be visiting a famous site called Kunta Hora. Today you would head out of Prague to the medieval town of Kunta Hora, the silver mining capital of the Kingdom of Bohemia. It takes barely an hour to arrive, has a populace of around 21,000, and has an intriguing history and an assortment of sights. Flames have harmed or devastated a large number of Kunta Hora's structures in the fifteenth century however the town rapidly modified gratitude to its proceeding with salary from silver mining. In the sixteenth century, the silver mines were exhausted and Kutna Hora's quit developing. Huge numbers of the other unique structures remain with the delegated brilliance being the Cathedral of St Barbara, the most marvelous gothic house of prayer in the Czech Republic. The town is most acclaimed for its 'bone church', a sanctuary embellished with the bones of up to 40,000 individuals. Such a significant number of individuals needed to be covered in the sacred place that a neighborhood carver was authorized

Today you pass through the Western Bohemia field to Karlovy Vary, the biggest spa town in the Czech Republic and well known for its hot mineral water springs. Taste the underground aquifers water as you walk indistinguishable lanes from Casanova, Beethoven, and Mozart to respect the Baroque and Art Nouveau structures. See V?ídlo underground aquifer, the main wellspring of warm water utilized for the neighborhood spa showers and shoots 161 °F mineral water up to 39 feet noticeable all around, at a normal pace of 2,000 liters for every moment. Visit Mosner Glassworks and see the ace glassmakers change liquid chunks of glass into one of a kind glass items. The incredibly famous Moser glass, named for its author Ludwig Moser, is a brilliant illustration of the Bohemia precious stone the area is known for. On our visit through the historical center find out about the multi-year history of Moser glass and got a direct take a gander at the organizations' sensitive products in plain view. You will be guided through the Moser processing plant for an entrancing look into how the glass is blown, molded, cooled, and cut.

Today you taste Pilsner Urquell or Gambrinus lager straightforwardly at source, inside the distillery. You will travel to the town where pale ales were made i.e. Pilsen. Find out about the history and mysteries behind making the incredible ale and visit the genuine spot in the distillery where Pilsner Urquell lager has been blended since 1842. Your visit would not be finished without a visit to the noteworthy distillery basements, where you can taste unfiltered and unpasteurized Pilsner Urquell on tap directly from oak ale barrels. Watch the banks of the Vltava River light up around evening time touring and Farewell Dinner journey through the core of Prague's Old Town and Lesser Town. Catch extraordinary pictures of Prague Castle's lit up dividers and slip underneath the famous Charles Bridge. Respect the floodlit sights and scaffolds from the water as we appreciate the delights of Czech and worldwide food.

On the last day of the tour, your tour operator would look for the arrangement of the transfer to the airport for departure. 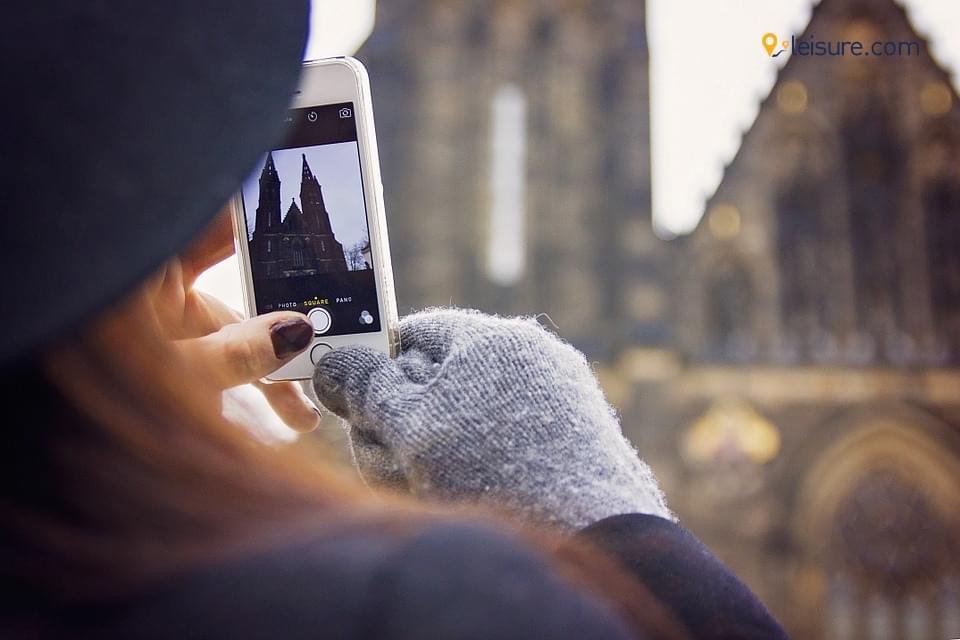 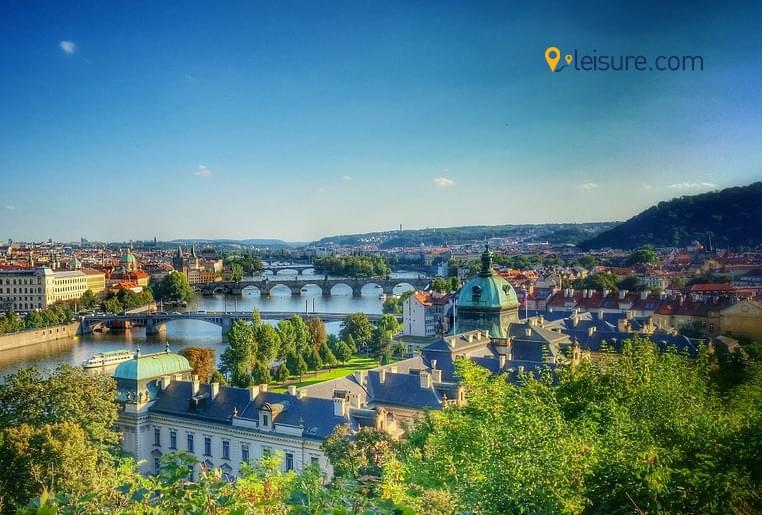 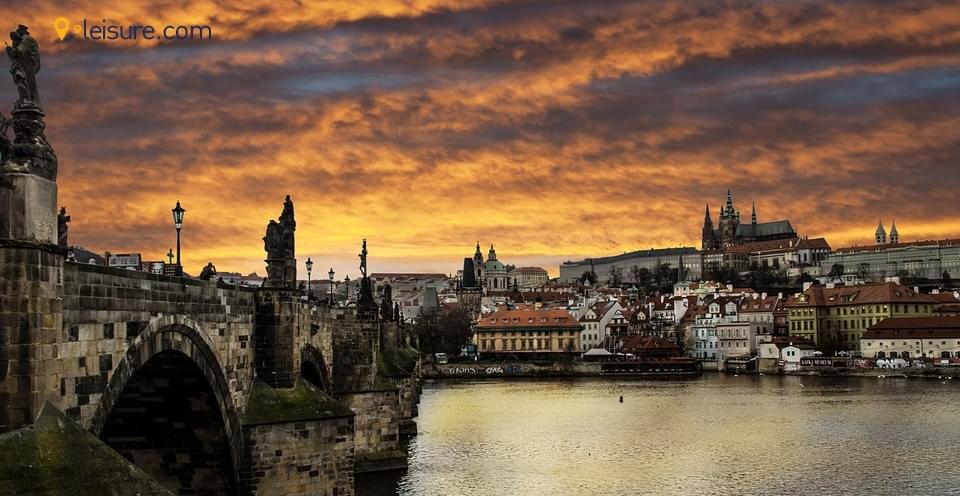 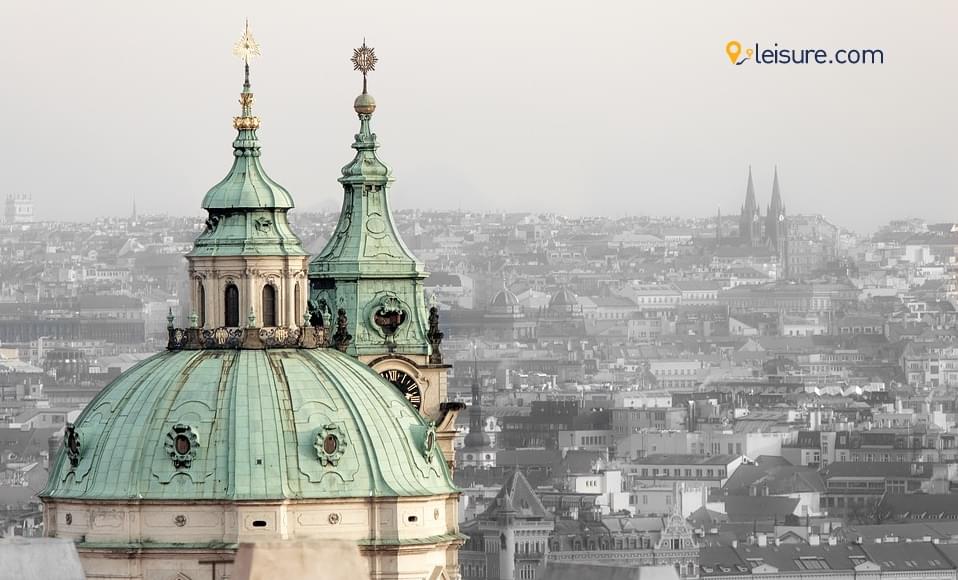