For travelers who look forward to something other than the typical European tour, the Czech Republic has recently emerged as a favorite tourist destination. The ones who admire old architecture would love visiting the Czech Republic partly because of the fact that during the world wars, this small country went majorly unperturbed and also because the region has in the past been owned by many different countries having different architectural influences. If you are one of those who like to find the best deal, then be happy to know that the prices for Czech republic vacation are lower and the culture of the nation is undisturbed by tourists and is more real. It often feels like stepping back right into a fairytale world of Actual Europe.

Well-known for its wonderful preserves, natural parks and charming villages, Czech Republic is truly one of the most captivating destinations that one would like to escape to. Adorned with castles reflecting ornate beauty, the country is the most popular for its vintage pride of Prague Castle that date back to the 9th century. Czech Republic is home to many historical gems and this Czech Republic vacation is a fascinating escape that all travelers must include in their bucket list.

Tour At A Glance

Prague is the most beautiful and magical part of Europe that looks splendid in every season. It is all about fabulous street cafes with sculptures made by David Cerny, art scenes, charming buildings with wonderful architecture and much more. The city is loved for its well-preserved Old Town, wonderful array of architectural styles, romantic pathways, reasonable prices and mouth-watering cuisine. With something to cater to the needs of every type of traveler, you can visit major highlights such as the DOX gallery, Naplavka, the banks of the Vltava River, Letna Park and many other amazing places.

Whether you wish to stroll around Europe’s biggest castle complex, explore the spectacular medieval Charles Bridge, or simply enjoy the beauty of splendid churches - Prague is certainly an amazing place to visit. No matter if it’s a sunset, sunrise or midnight, you would never be disappointed by the magical view of the Prague bridges from the Letna Park.

A town that appears right out of a fairytale book, Cesky Krumlov adorns a series hoax on the edge of the Vltava River south of Ceske Budejovice. The town is one of South Bohemia’s gems. The Old Town here is included in UNESCO list for its network of medieval streets, architectural history in layers and 13th century relics, much of which has remained unspoilt by war and conflict.

It’s a town that feature a huge Bohemian Castle resides. It was formed in the late 13th century, when it was owned by the Bohemians. Since the 18th century, the appearance of the town has changed little and the buildings have been well restored and maintained. Cesky Krumlov is a beautiful castle city that still offers the feel and look of a Medieval town. Vibrant stucco facades and twisted cobblestone streets make the town beautiful as well unique. The streets are filled with amazing shops, timeless charm and luscious food.

Built in the year 1348 under the king of Czech, Karlstejn Castle is kind of distinct among the many castles and chateaus of the country as it was built as a safekeeping place for the royal treasures of the king which include coronation jewels from the Roman Empire and holy relics. Though in the late 19th century, the castle was reconstructed - renovated by Czech architect, Josef Mocker in a neo-Gothic style, it still retains its charm and is also one of the most visited castles in Czech Republic.

The second largest city in the country, Brno is typically the most fascinating and gorgeous cities in Eastern Europe. A spectacularly dynamic and young city, Brno hosts the largest university in Czech Republic and has a lot to offer to its visitors. Apart from the lovely Cathedral and the City Hall, tourists visiting Brno in the winter are influenced by the beautiful Christmas markets full of vibes and atmosphere.

Villa Tugendhat is the best place to visit in the city which is a spectacular example of functionalism. Built in the early 1930s, the villa today is a UNESCO World Heritage Site boasting huge rooms and splendid views over the rest of the city.

For many years, it is believed that this hot spring town possess healing waters that have the power to clear anything from brain tumors to poor digestion. Just like many hot spring regions, the waters were progressed into a large spa area. This transformation, commissioned by Charles IV, took place in the 13th century. Since the spas were the place of nobles, the architecture has always been magnificent. Although, most of the buildings have been destroyed by a series of natural disasters, the town is still quite scenic and lavish and the spa still claims magic cures for numerous ailments.

All the Baroque beauty lovers will be amazed to learn how many spectacular attractions of this kind are present in Czech Republic.

Situated in the East of the country, Kromeriz is one of the finest places to experience this intricate architectural style and is a UNESCO-protected place.  Discover the spectacular Flower Garden here, which are also known as Libosad and is known to be among the best preserved Baroque gardens in the globe. You’ll get a true sense of Baroque beauty with its splendid colonnades, a variety of statues and perfect geometrical shapes.

The city also boasts a striking castle that once the wealthy and majestic Bishops of Olomouc owned housing a detailed old library and grand authentic halls. If you wish to feel the architectural glory of the past, then make your way to the Lednice-Valtice Cultural Landscape which is a huge UNESCO-listed area dotted with elegant gardens, splendid palaces, gorgeous fountains, artificial ponds and mystical colonnades. This complex which is known as the largest man-made landscapes in Europe, is the epitome of architectural beauty.

Do you consider yourself as someone who is a music freak? Then Ostrava is a perfect destination for you. Famous for the music festivals and parties such as Colors of Ostrava, make your way to experience the high-spirited pubs and clubs all over the city.

Ostrava shares its borders with Poland and is the most charming and awe-inspiring conflux of Odra, Opava, Ostravice and Lucina. Other than Prague, this one is definitely one of the best places to visit in Czech Republic. 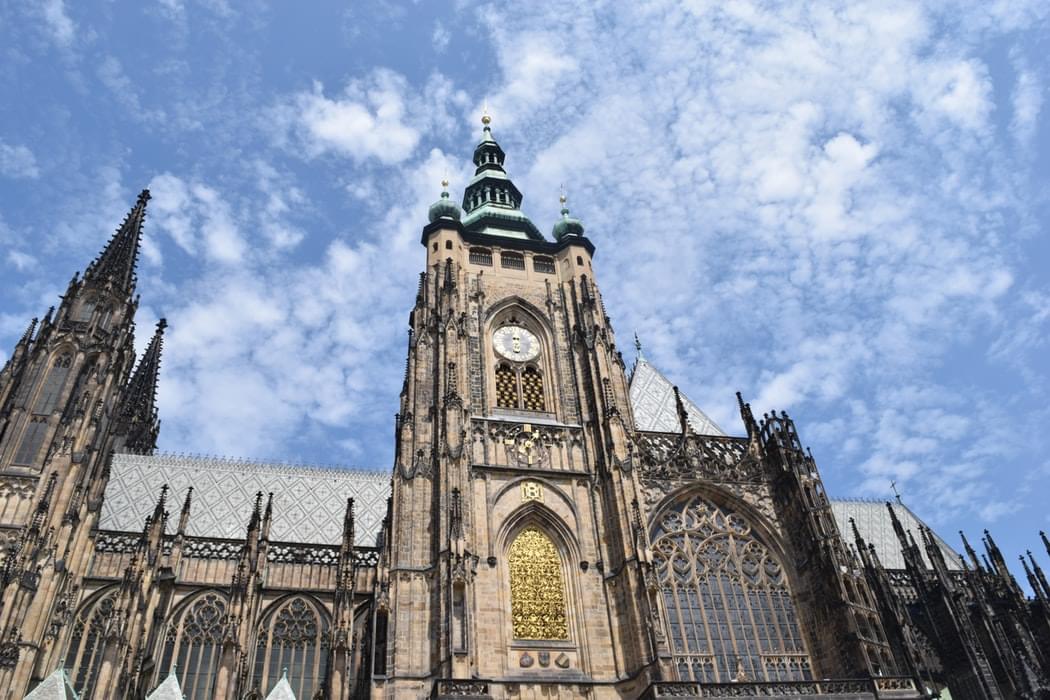 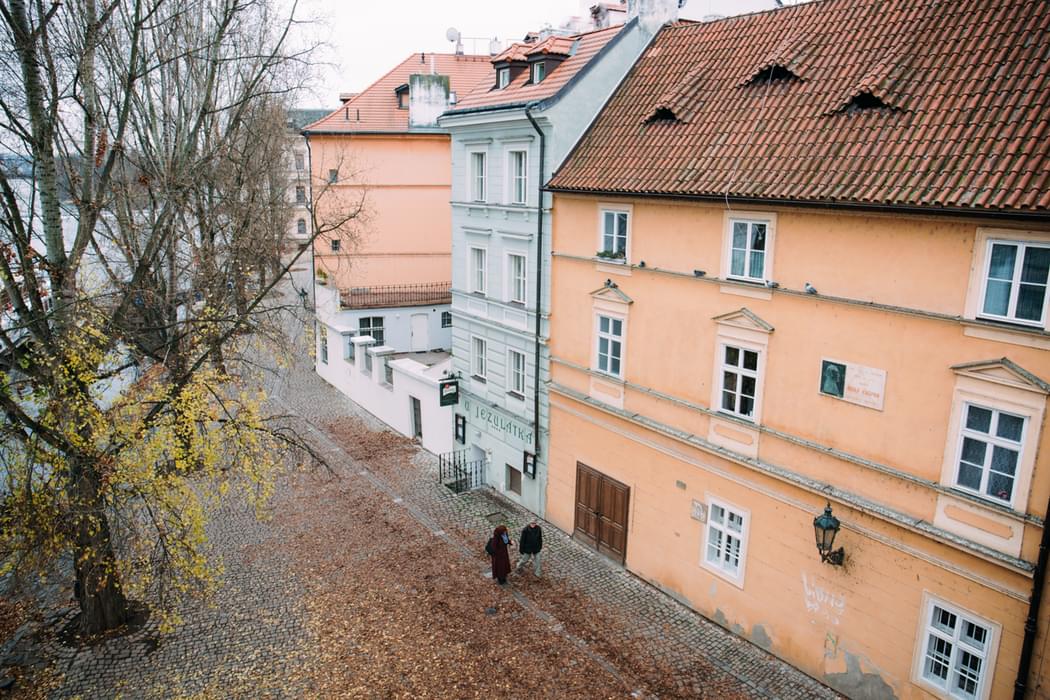 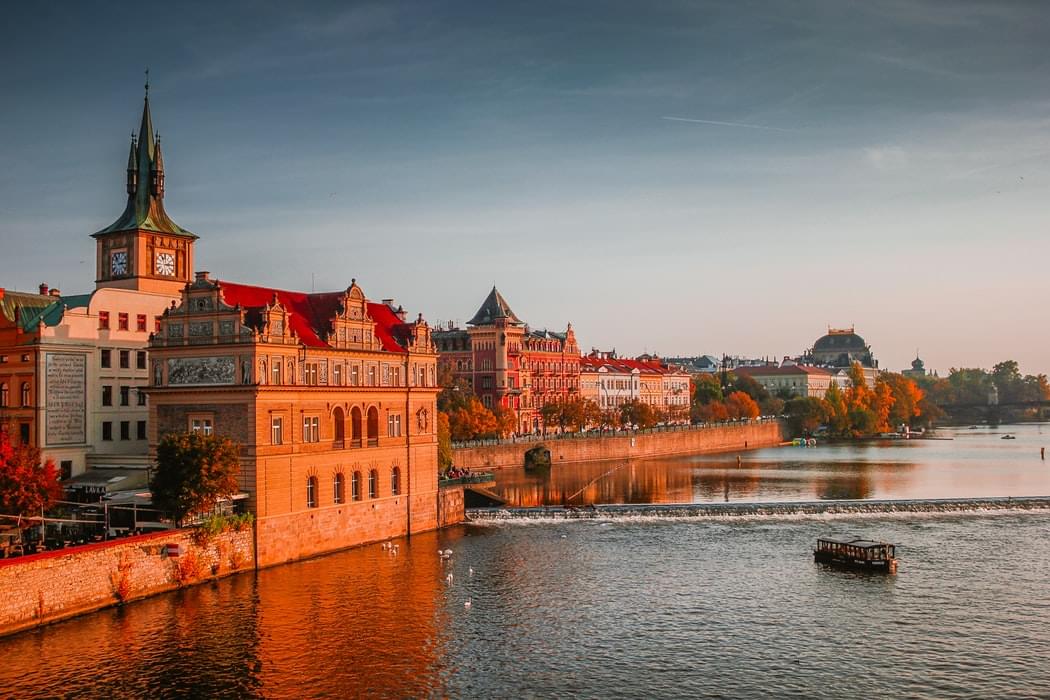