Austria is one of the most important countries to visit in Central Europe given its significant geography, culture, and topography. In this beautiful tour of the Austrian countryside, you will get on a bike and ride through the major tourists' spots of the country. The Austria vacation package would provide you with the opportunity to get to most celebrated tourist destinations of the country on an adventure trail. Get to ride through the most famous section of the Danube River which is situated between Passau in Germany and Vienna in Austria. Taste the most famous local Wachau wine on the camping trail on a cycle while visiting medieval towns and villages such as Krems, Linz, and Grein. Explore the majestic Schlogener  Schlinge which is the bend of the River Danube. Check out the local wines, olive gardens, and cuisines that have ruled the continental platters over the centuries. Visit the war memorials, concentration camp turned museum and other architectures during this cycling adventure through the countryside of Austria. Check out the highlights of the tour here –

Arrive in the world of adventure Vienna to start the seven days Austria Vacation package and get transferred to Passau to start the trip. From Passau, you will travel to Schlogen by bike and explore the Schlogen bend after which you would visit the other destinations. Check out the details of the trip here –

On the first day of the tour, you would arrive in Passau which is a German town of Passau close to the Austrian border to see the famous Schlogen bend of the River Danube. Here, you would meet the tour operator who would take you to the pre-booked hotel. After checking in you would require to go to the local bike shop to pick up the bike and start exploring the pretty university town. This town is known as the ‘city of Three Rivers’ and it is here that the Danube River is joined by the rivers Ilz and the river Inn. Apart from this, you can also visit St. Steven’s Cathedral in the Old Town which is home to the largest organ of Europe which has an impressive 17000 pipes. A walk to the Veste Oberhaus which is the ancient fortress that looks down to the city from the hilltop is recommended. Stay the night here as you will be delivered the bike in the evening or the morning of the next day.

Today, you would start exploring the city of Passau before you go on to visit the bend of the River Danube at Schlogen. Cycle past the picturesque Danube which is known as one of the most reputed points as one of the most famous cycle paths of Europe. Once you are past the cycling point, you can cross the river by ferry from Engelhartszell to Uferhausl and from there; you can cycle to follow the rover up to Au which is opposite bank to Schlogen. On coming back to this side of the river, you can take a 30-minute walk to the impressive panoramic viewpoint near the bend of the River Danube. It is here that the river alters its course by almost 180 degrees. Today, you would cycle a distance of approximately 42 kilometers. Stay the night here.

Day 3: Visit Linz and enjoy a dip in the lake

On the third day of the tour, you would make a 20 km ride along the riverbank to reach the village of Auscach where you can visit the Fischer museum which presents an interesting exhibition on the fishing history of Danube. Further, you can choose to swim in the lakes near the village you pass and can take some awesome pictures as well. Then, you would be traveling to Linz which is the second-largest industrial town in Austria and has a pretty city center as well. Then, a visit to the Neuer Dom which is the largest cathedral in Austria completed in 1924. You can then visit Hauptplatz to relax by sampling the famous Linzer Torte which is the oldest known cake in the world. It is in this town that you can also look out for the house where Mozart composed his Symphony No. 36 which is also known as the Linz Symphony. In total, you would cycle for around 51 kilometers and stay here for the night.

Day 4: Cycling to Perg via the Mauthausen Memorial

On the morning of the fourth day, you would leave Linz and walk through the park along the River Danube. Once you have ridden for around 18 km, you can choose to detour to the Abbey of St. Florian which is an example of the Baroque architecture and art. After that, you can cross the river by ferry from Enns to Mauthausen and then a visit to the Memorial can also be opted by you. It was one of the death camps of the Nazis, conditions were worse and harshest here and survival was not expected at all. Tonight, you will rest at Perg which is a small town near the river. today, you would have ridden the bike for a distance of 40 Kilometres and an extra 4 kilometers to Enns, 6 kilometers to Mauthausen or 12 kilometers to St. Florian.

Day 5: Cycling to Marbach and sightseeing

Today, you would be riding through the Strudengau region to reach the Grein which is another quaint village near the river and from that, it is recommended to visit Schloss Greinburg which is a castle which has some astonishing panoramic views and also hosts a museum as well. from here, you can catch the ferry to Uberfuhr. The next destination for the day would be to Ybbs and just before that, you can also choose to cycle across the river Dam Bridge and goes directly onto Marbach to spend the night.

Today, the first place to be visited would be Melk which is known for its UNESCO listed Baroque Abbey which is one of the largest abbeys in Europe. It is here that the Benedictine monks who have been living here since 1089. Then, it is also recommended to visiting the abbey garden and the impressive library here as well. you can cycle to the Wachau Valley which is well-known for its rolling hills. After that, it is time to visit the most famous wine region of the country as you ride through the countryside where you should not miss the chance to sample some locally made vintage wines as well. but before you arrive at the Krems, you can choose to spend some time near Durnstein which is a little tourist town having some beautiful setting and traditional architecture as well. here, you can see the 12th century English king, Richard The Lionheart, was held prisoner here at Kuenringer Castle, the ruins of which still overlook the town. Today, you would be cycling for around 54 kilometers and stay the night here in Krems.

Day 7: Cycling to Greifenstein and transfer to Vienna for departure

Today would be the last day of the trip and the Austria vacation package as well. today, you would be cycling along the Danube river to reach the historic town of Tulln which was founded by the Romans. After that, you will be traveling to Greifenstein which is a suburb of Vienna and is home to many castles as well. then, you will be transferred to Vienna by train to Westbahnhof station. You will have enough time to explore the capital city of Austria as well. Vienna is full of architectural marvels and museum which has successfully preserved the history as well. do enjoy a slice of chocolaty Sacher Torte, maybe even at the famous Hotel Sacher. Once you are done visiting the areas of the capital city, your tour operator would help you to transfer you to the airport for departure proceedings. 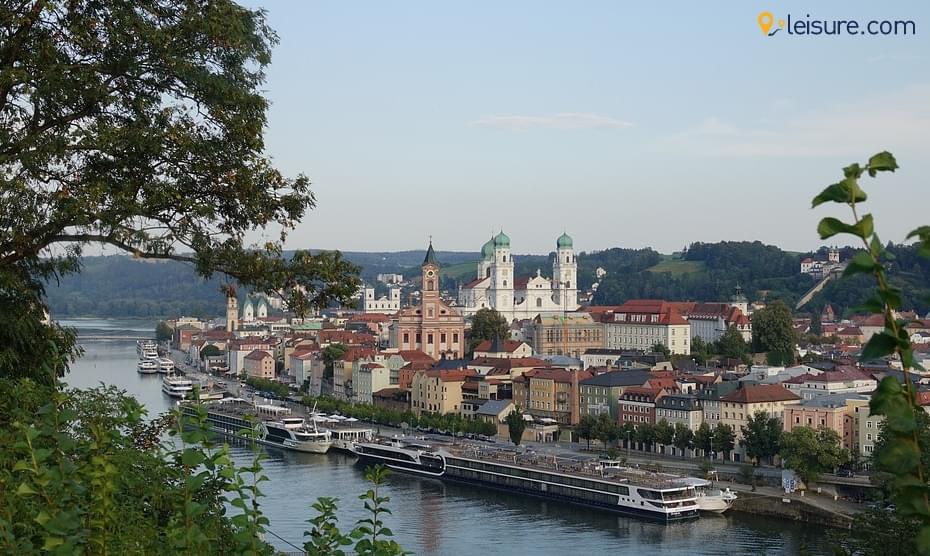 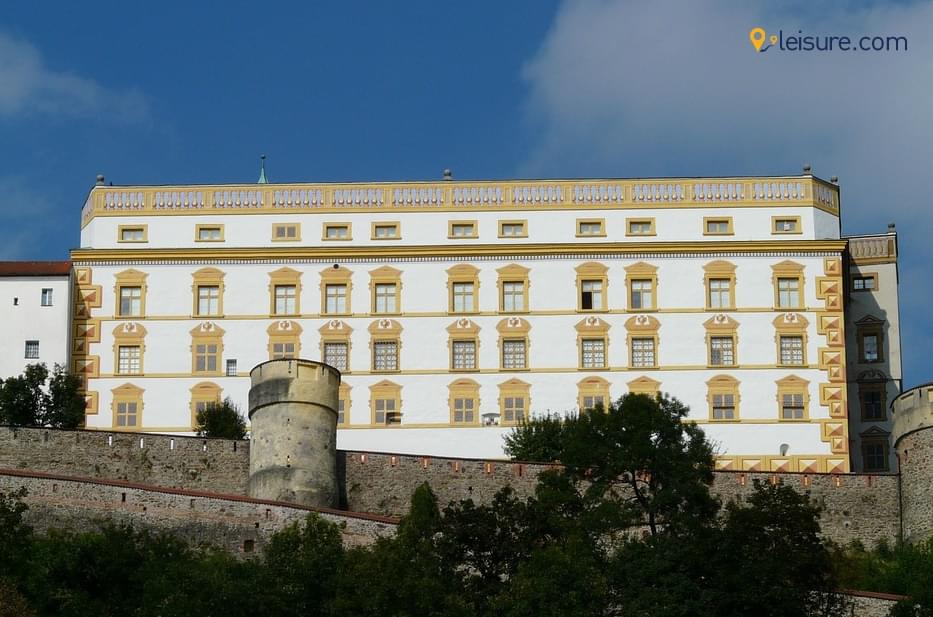 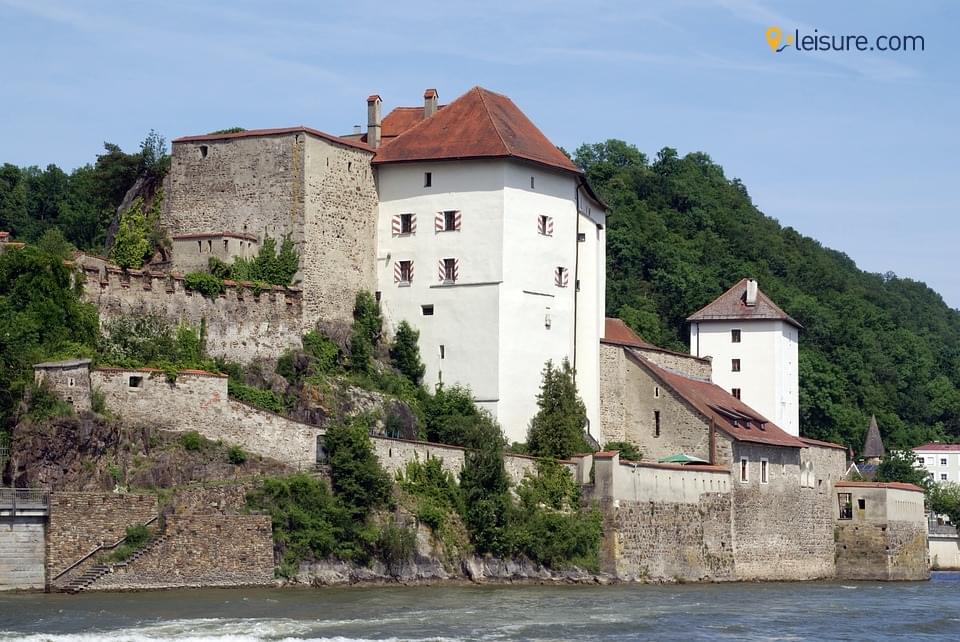