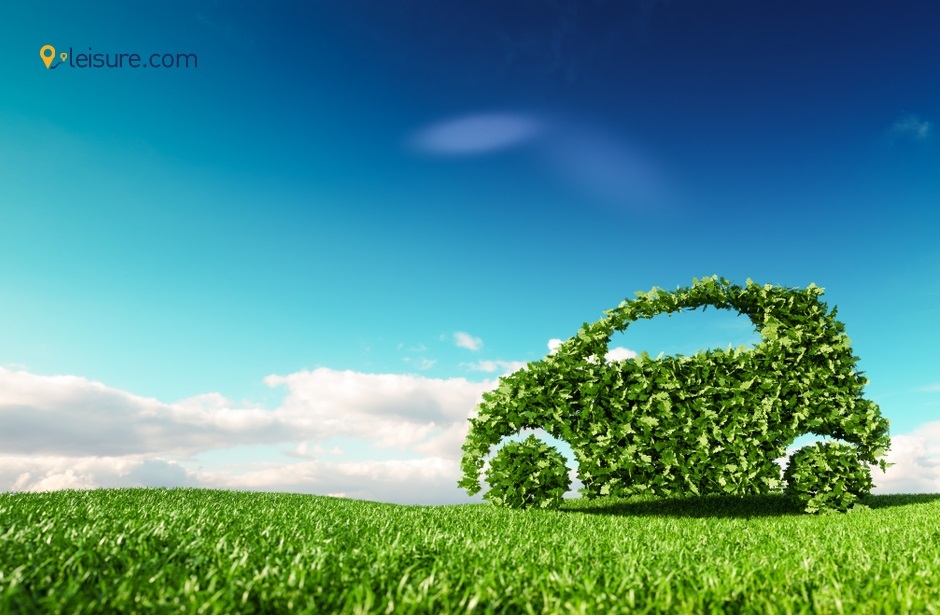 What according to you is an eco-friendly travel destination? No, it’s definitely not about vowing traveling to only those off-the-radar locales. Adhering to the sustainable travel ethos is about investing your wanderlust in destinations that are rolling out responsible travel programs and taking initiatives to protect the environment. It is about understanding and contributing to building the roadmap for minimizing the impact of tourism on the environment.

As a society, we’ve become more mature & realized our responsibility towards the environment. We’ve become more conscious about the impact of “how we are doing what we are doing” on the planet. Over the years, we’ve also realized how tourism affects our natural environment. Per a study, the tourism industry contributes to the global greenhouse gas emission to around 5%. It has been estimated by experts that the increase in CO2 emissions will increase by 25% by 2030. So, each one of us needs to proactively find ways of green travel & look for eco-friendly travel destinations.

Thankfully, the tourism industry has taken a call on this data by incorporating the concept of responsible tourism. Industry experts across the globe are stepping in to protect the wild habitat on the planet & the place where they live. More tourists than ever are honing-in on destinations that are kindly dealing with the communities and are ecologically educated. There are plenty of destinations around the world that are working today to implement eco-friendly practices in an endeavor to safeguard the environment and travel responsibly.

In this article, we’ve come up with some of the most eco-friendly destinations around the world. Pick one from our bucket-list of top eco-friendly travel destinations & save the environment like you save your home. Here we go: 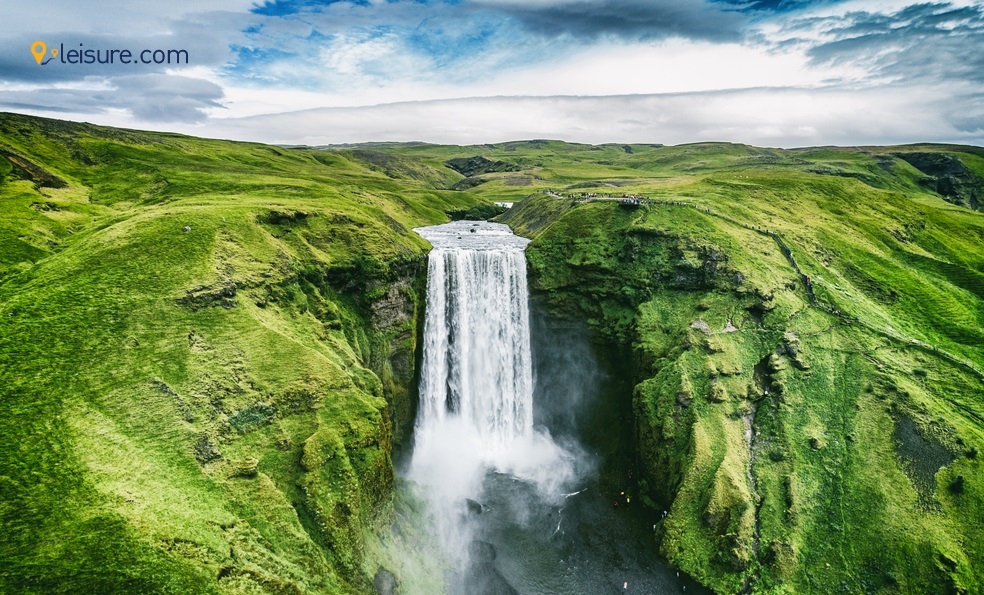 What makes Iceland an eco-friendly travel destination: The buildings are naturally eco-friendly with around 80% energy production & over 90% of the electricity production coming from geothermal power & hydropower.

Iceland is one of the most amazing eco-friendly travel destinations in Europe. With stunning natural scenery everywhere and the green environment, you’ll always bid adieu to this place only with a feeling of returning back. The capital city, Reykjavik has been officially considered as the cleanest city that exists on the planet. For its location on the mid-Atlantic ridge and the fact that almost all of the country is powered by geothermal energy, Iceland has been named as one of the greenest countries on the planet. Iceland’s renewable energy program produces the largest amount of green energy in the world. What more evidence do we need? 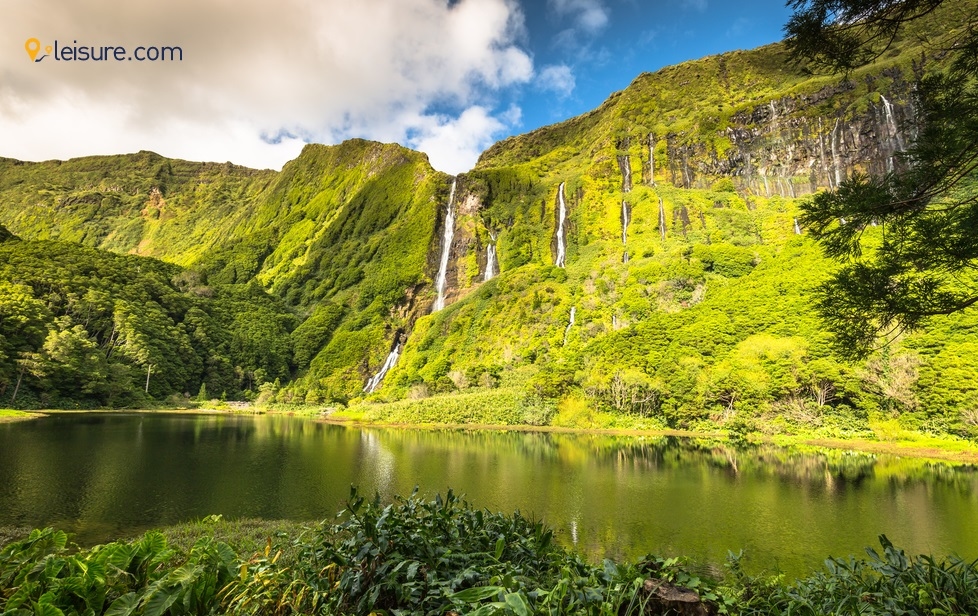 What makes the Azores Islands an eco-friendly travel destination: The Azores located in the heart of the Atlantic Ocean has been doing pretty active investment in renewable energy. For over a century, Azores has been generating hydroelectric power. The wind farms are here since 1988 and actively harness geothermal energy.

The island takes land and sea conservation pretty seriously for the fact that — the key to the Azorean economy are activities including exploring volcanic landscapes, whale watching, hiking, scuba diving, and mountain biking. In 2013, the Azores topped the list of 1000 islands that were evaluated by the global sustainability certification program Quality Coast. Later in 2014, the Azores also became the first-ever destination to have won the Platinum Quality Gold Coast Award. 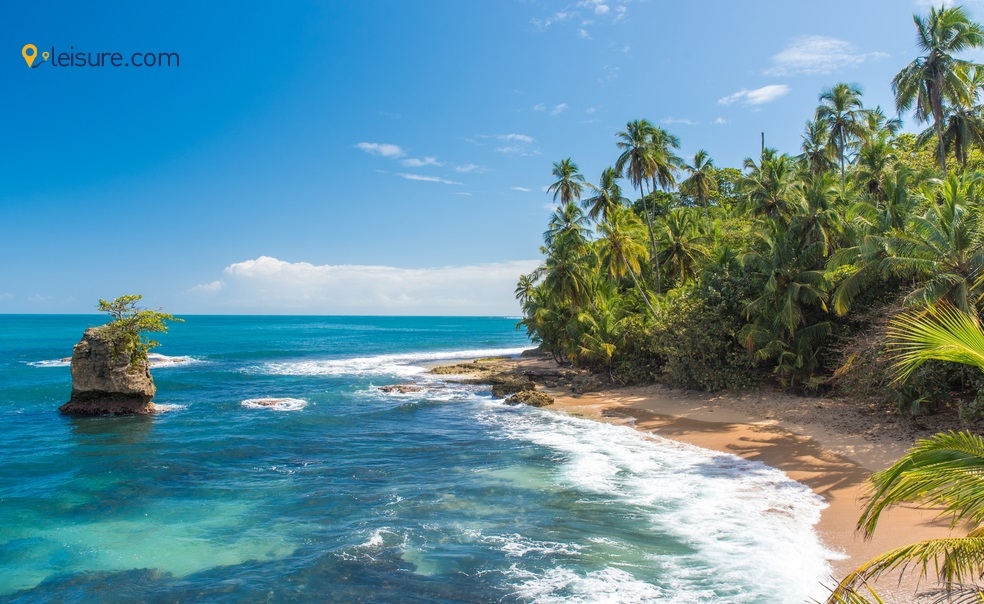 What makes Costa Rica an eco-friendly travel destination: The environmental credentials of Costa Rica are noticeable. With over 98% of its energy being renewable and the relentless efforts to reverse deforestation, now the country’s forest cover stands at over 53%. Almost a quarter of the land of Costa Rica has been converted to protected reserves & parks.

We say that Costa Rica is an eco-friendly travel destination for the efforts it has put into protecting nature by creating plenty of wildlife reserves, national parks & more. Thanks to the abundant wildlife reserves and forests that the country draws over millions of tourists every year. And, the manicured jungle trails promise utmost comfort and safety which comes alive in its eco-lodges & zip lines. You can say Costa Rica is a tiny slice of raw nature — a paradise for responsible travelers. 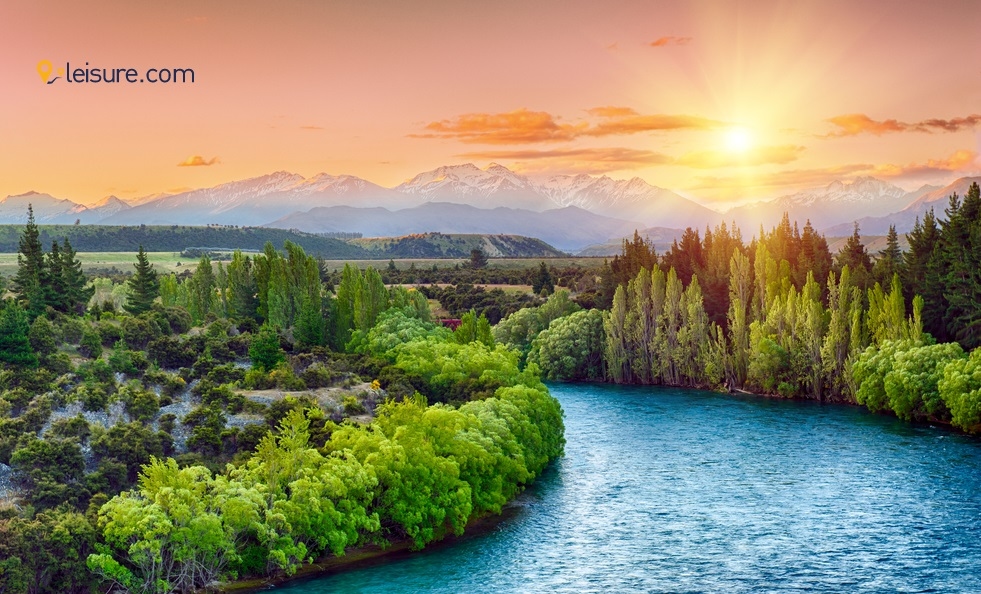 What makes New Zealand an eco-friendly travel destination: Ecotourism is one of the fastest-growing sectors of New Zealand. The country has jumped on the sustainable tourism bandwagon much before —  with its Qualmark Responsible Tourism Operations program and many more initiatives like this. New Zealand, in 2008 was awarded as the Best Destination in the Virgin Holidays Responsible Tourism Awards.

With its quintessential approach, New Zealand leads the charge of ecotourism. It follows the traditional principle of kaitiakitanga (guardianship) and manaakitanga (hospitality — which implies welcoming our visitors in a way that we can also take care of our environment and culture. One evidence of the country’s ecotourism principles is — the operators who are running dolphin and whale watching are required to get permission from the Department of Conservation. 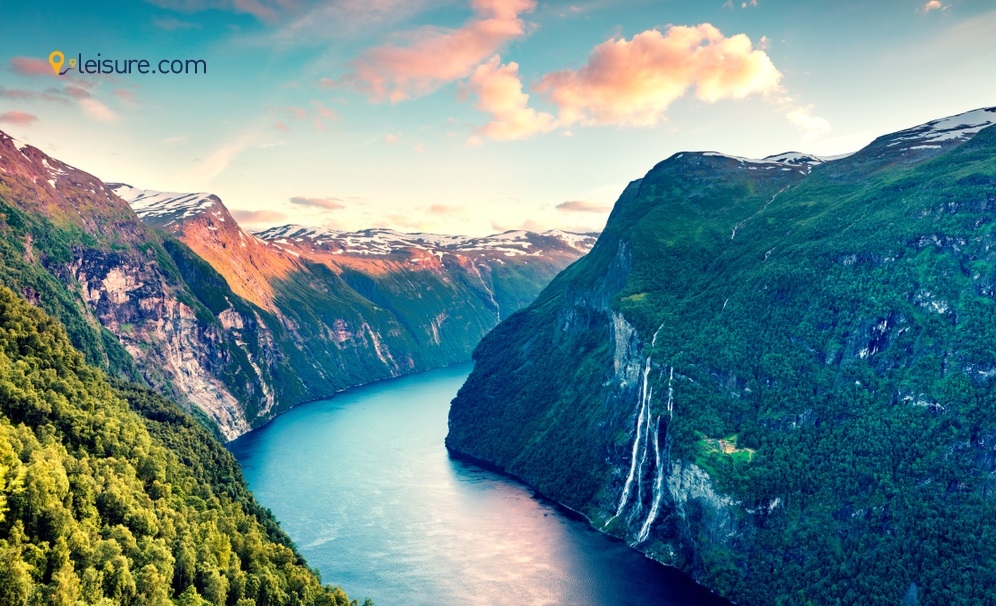 What makes Norway an eco-friendly travel destination: With 97% of the electricity production in Norway and as much as 30% reduction in greenhouse gas emissions in recent years — Norway is undoubtedly an eco-friendly travel destination. And, in addition to solar energy, both offshore and onshore wind farms are some of the most used renewable energy sources in the country.

Besides being an eco-friendly travel destination, Norway counts as one of the happiest countries to live in. Conservation has always been an essential part of New Zealand’s culture and the international Sustainable Tourism initiative has certified as many as eight Norwegian tourist destinations as sustainable. The country invests billions in various biomass and renewable projects. Norway is working painstakingly towards becoming domestically carbon neutral by 2030. 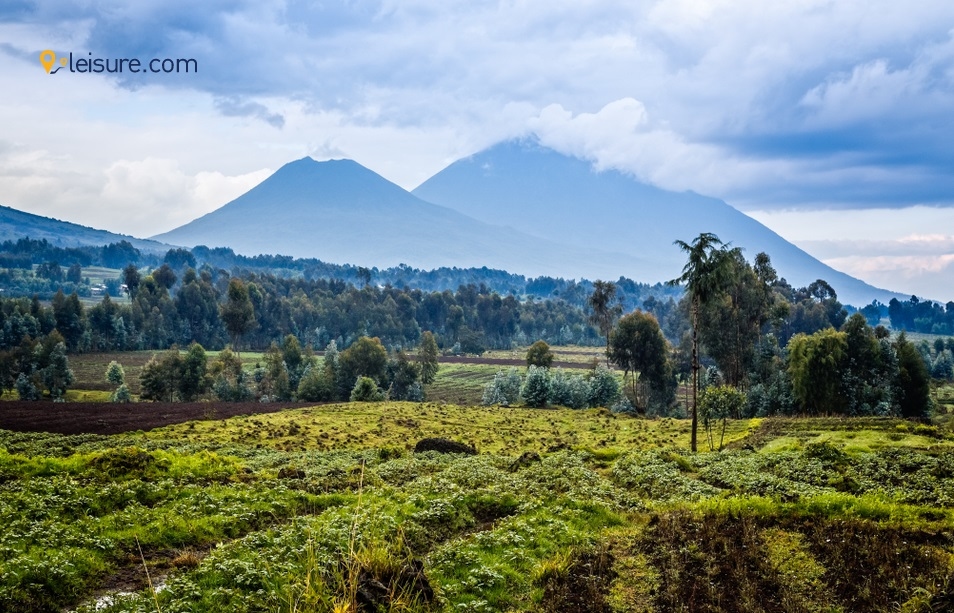 What makes Rwanda an eco-friendly travel destination: Rwanda is one of those places where you can get to see gorillas safely in the wild. In an attempt to protect the species from getting affected by negative tourism, Rwanda in partnership with Uganda has developed some “gorilla” rules.

All thanks to the Dian Fossey Gorilla Fund International which has always protected and supported the people of Rwanda and has worked out plans to ensure that tourism does not negatively impact the country’s environment. Primatologist Dian Fossey worked really hard over many years to preserve endangered gorillas. In an effort to support locals and maintain sustainable tourism in the country, the trekking permit was increased from $750 to $1,500 in 2017. In the near future, the country is planning to build a new campus for gorilla scientists. 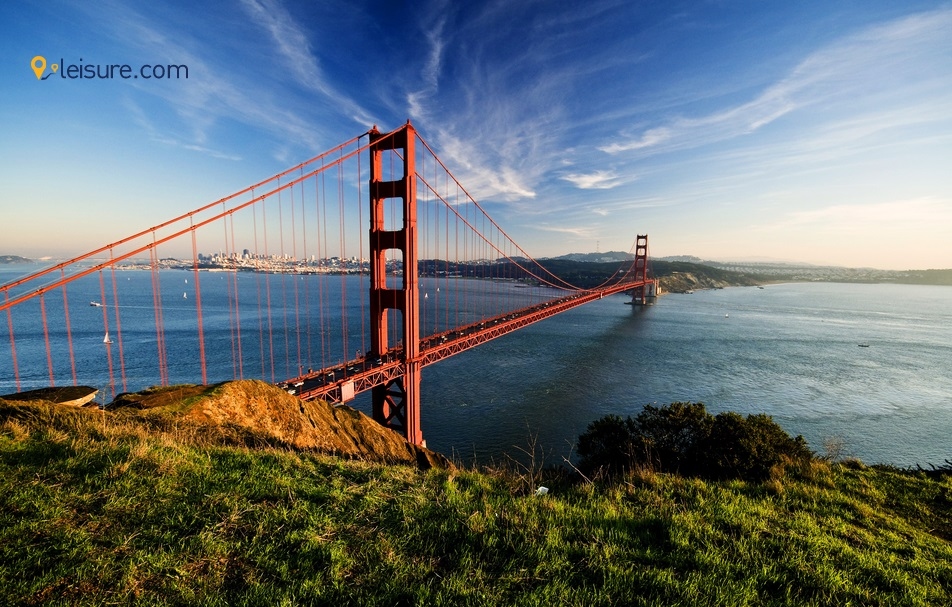 With over 1000 hotels named as eco-friendly and the whopping number of 77% of municipal waste being recycled — we cannot doubt the efforts the city is making towards ecotourism. San Francisco is a pioneer among the environmentally-conscious American cities and it boasts several measures towards green tourism. The companies have in place sustainable measures that many countries are lacking. 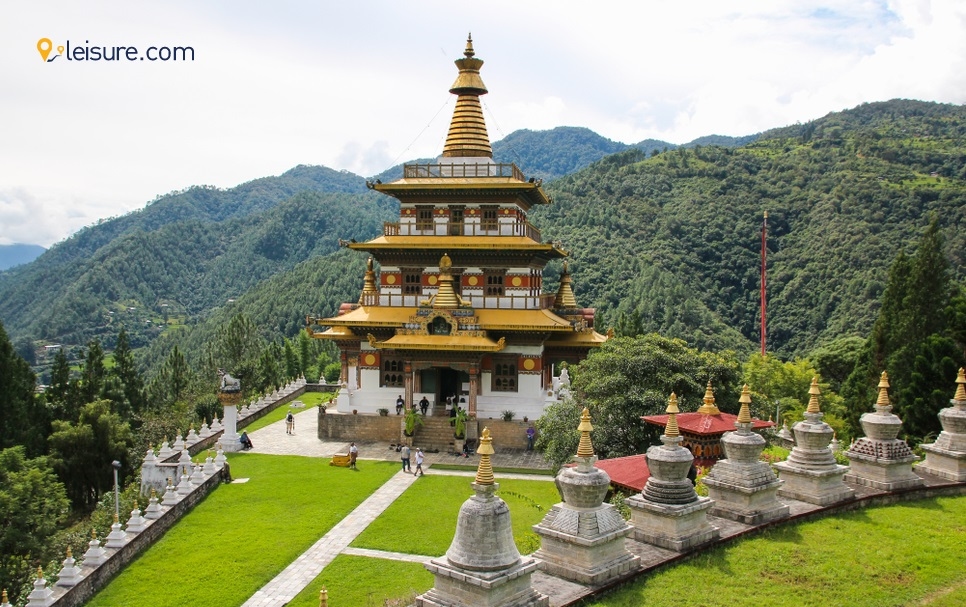 What makes Bhutan an eco-friendly travel destination: Bhutan employs careful forestry practices like — you've to get permission from the officials before cutting down a tree and you are cutting one, you have to plant eight trees in place of the one. All the food production in Bhutan is organic and over 70% of the land area has been left untouched.

Bhutan is perhaps the happiest country in the world. Besides, The Asian land is also known for being one of the most eco-friendly destinations you’ll ever visit. The Gross National Happiness also takes into account —environmental protection & sustainable development — in addition to good governance & cultural preservation. Surprisingly, while many countries are still struggling with reducing their carbon footprint, Bhutan is already enjoying a carbon negative status. The vast woodland cover absorbs carbon dioxide for sure! 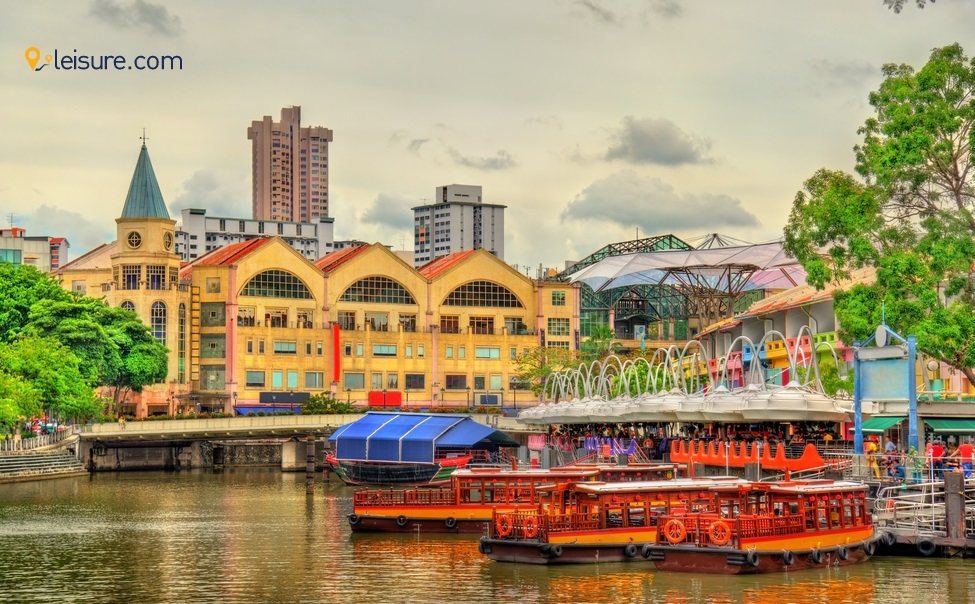 One thing that makes Singapore an eco-friendly travel destination: With efficient public transport, reduced energy use, Sustainable water systems, and green zones— Singapore undoubtedly is one of the most eco-friendly destinations in the world. With the city’s huge solar panels for power, rainwater harvesting & solar tubes for hot water — we can make out that Singapore loves nature.

Despite the fact that Singapore is one of the most densely populated cities in the world, it has always maintained its standards with respect to keeping the environment clean & green. In the past decade, it has come up with numerous green initiatives — one being the government initiative of 2005 to launch its own green designation for any kind of new constructions.