Horror Fans Alert! The 6 Most Haunted Places In The World 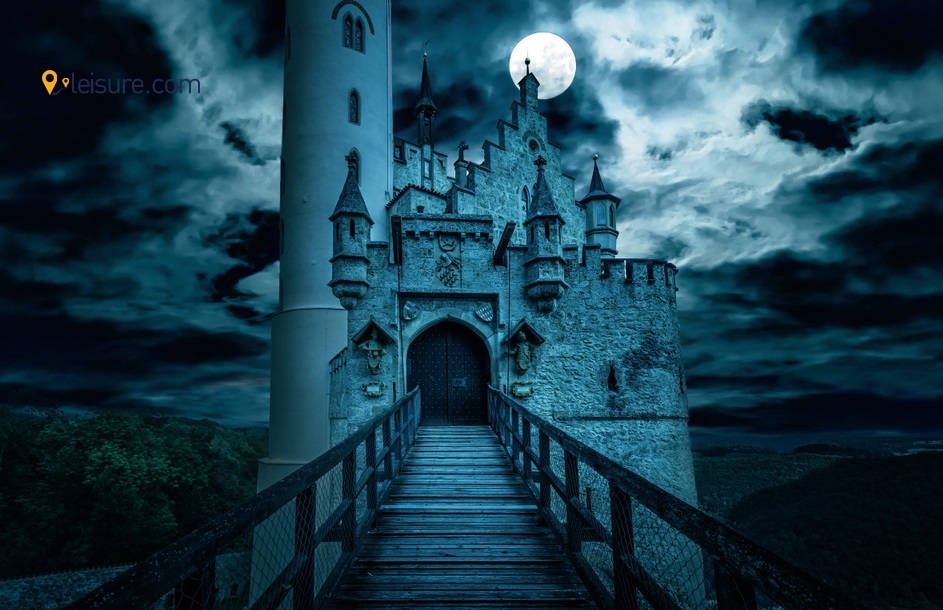 We all enjoy going on vacation to explore the strange and bizarre aspects of destinations. And what could be more fascinating than exploring a haunted destination?

The world is packed with thousands of landmarks that appear to be occupied by the undead. Believe it or not, there’s no paucity of destinations that have creepy stories passed down through time. From haunted jails and abandoned asylums to eerie old mansions, some places are known to be haunted by the population who are not living.

If you are interested in sighting a spirit roaming in a haunted corridor or hearing weird noises in an empty room, look no further. We are bringing to you some of the spookiest and most haunted places in the world. Our team has pulled together a list of the destinations that have a reputation for being truly bizarre. Believe us; nothing beats a trip to a haunted destination. So, all the brave-hearted travelers and daredevils out there, it’s time to go across the globe and check out what these places offer.

Sneak Peek Into The Most Haunted Places In The World:

1. The Tower of London

Feeling the chills already? If you are someone who is not easily scared and loves to explore places with a spooky reputation, this article is for you. Even if you simply want to enjoy knowing more about them, this article will be a great read. These places have a weird, eerie feeling associated with them and are enough to frighten even the most skeptical travelers. However, apart from being the most haunted places in the world, these destinations have beautiful architecture, jaw-dropping views, and fascinating history that will definitely excite you.

1. The Tower of London 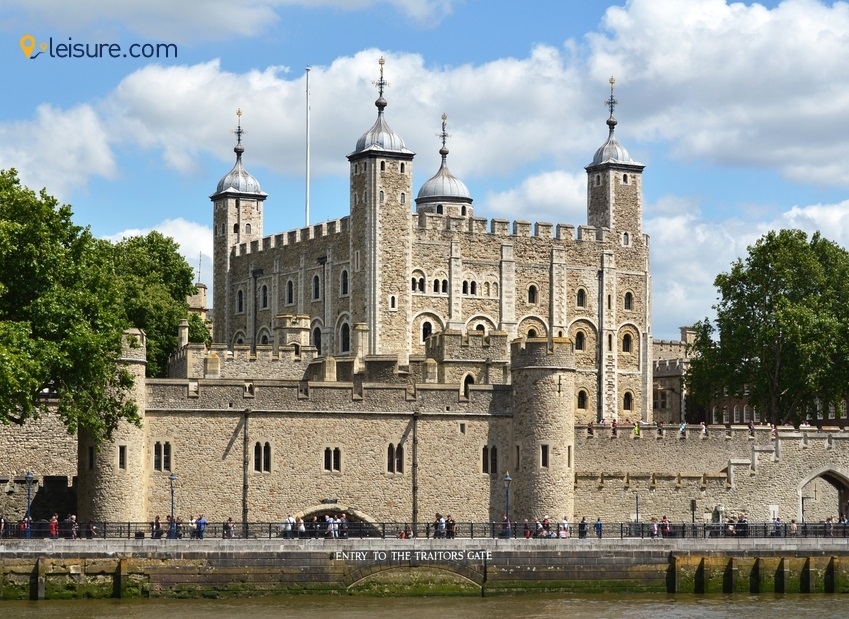 Built in 1099, The Tower of London is not only one of the most haunted places in the world but also a popular tourist spot. It has a gruesome history of torture, tragic executions, and murders. People believe that this place is haunted by thousands of ghost inmates imprisoned there. In the past, several princes and others have been killed in the tower who are now believed to haunt the place. Among all, Anne Boleyn is the most famous of its ghostly inmates and has frequently been seen without her head on Tower Green and within the White Tower church. Other than this, the headless ghosts of Lady Jane Grey and the two princes who were killed here are also allegedly seen in the tower. Indeed, this spooktacular site should be on your bucket list.

When it comes to the most haunted places in the world, our planet is full of them. One such destination is Edinburgh Castle. Perched in Scotland, it is an iconic heritage castle considered one of the top trip attractions in the capital city – Edinburgh. It is a 12th-century fortress that beholds a lot of strange occurrences like mysterious music echoing down the corridors. Being home to a spectral dog, a phantom piper, and a headless drummer, this castle has reported multiple ghost sighting incidents. In 2001, a 10-day scientific survey of the castle was done, and volunteers and scientists claimed several ghost encounters. So, if you are brave enough to witness one, plan a visit to Edinburgh Castle. 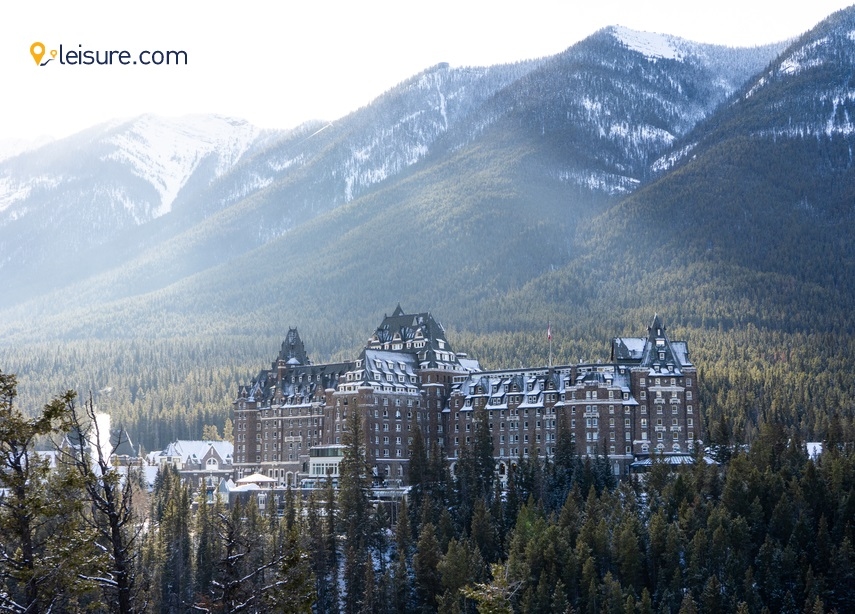 If visiting the most haunted places in the world is something you enjoy, get ready to extend your paranormal bucket list with Banff Springs Hotel. Built in 1888 amid the Rocky Mountains in Banff National Park, it is a famous hotel in Canada that has a dark history. This place was originally built to stimulate tourists and sell railway tickets; years later, it became one of the most haunted buildings in the country. While the hotel looks luxurious from the outside, it gets a tad more Gothic as you step inside. Adding to the fear of visiting one of the most haunted places in the world– Banff Springs Hotel is often known for its ghost sightings.

Château de Brissac is among the most haunted places in the world. It is an 11th-century medieval manor in the Loire Valley that has witnessed a double murder. This is the place where Charlotte de Brézé, the illegitimate daughter of King Charles VII, was murdered by her husband when he discovered she was having an affair. He also killed the man she was having an affair with. Since then, people visiting this place claim to see a lady in a green dress roaming around the chapel's tower room. They also reported hearing the moaning voices of a woman early in the morning. This makes it a great addition to the list of spookiest places. 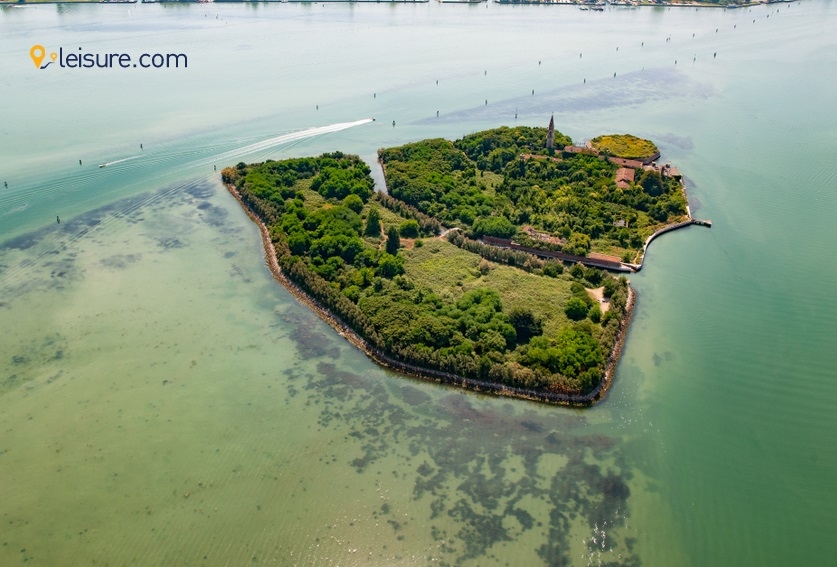 Next on the list, we have the world’s most haunted island– Poveglia Island. It is an island that is internationally known for its creepy stories. It is located less than half a mile from the canals of Venice and was previously used as a plague quarantine station and the location of a mental hospital. This place has a very dark history of several corpses that were buried in graves. It is said that in the 14th century, the Venetians who suffered from the Bubonic plague were taken here and burnt on massive pyres. With so many deaths and evil activities happening on this island, it is now haunted by the spirits. Without a doubt, planning a visit to Poveglia Island will send chills down your spine.

Want to experience something weird and unusual? If yes, Bhangarh Fort is where you should be. Nestled approximately 100 miles southwest of Delhi, Bhangarh Fort is ranked as one of the most mysterious, spine-chilling places in the world. This abandoned fort stands out in the middle of the desert and is said to be cursed by Tantrik Singhia. According to the legends, he tried to use magic to win over the heart of Princess Ratnavatil and was killed when she came to know about his evil plans. Before dying, he cursed the residents to die and the village to remain roofless. Since then, every roof that was built here has collapsed. This place has witnessed several paranormal and ghostly figures that scare off even strong-hearted people.

Spooky, right? Whether the tales associated with these destinations are true or just rumors, we can’t say for sure. One thing we know is that these are some destinations that are considered to be the most haunted places in the world. No matter which haunted site you pick from the list, you will definitely be going to have a ghostly experience. Visit this place and discover more about the mysterious world we are living in.

Now that you are all set with the list, pack back your bags, get ready, and fly off to any of these haunted places…if you dare! However, if you plan to visit these places, make sure you tread cautiously. You never know what you will find in the next step.