8 Historical Places in Miami for Your Next Vacation 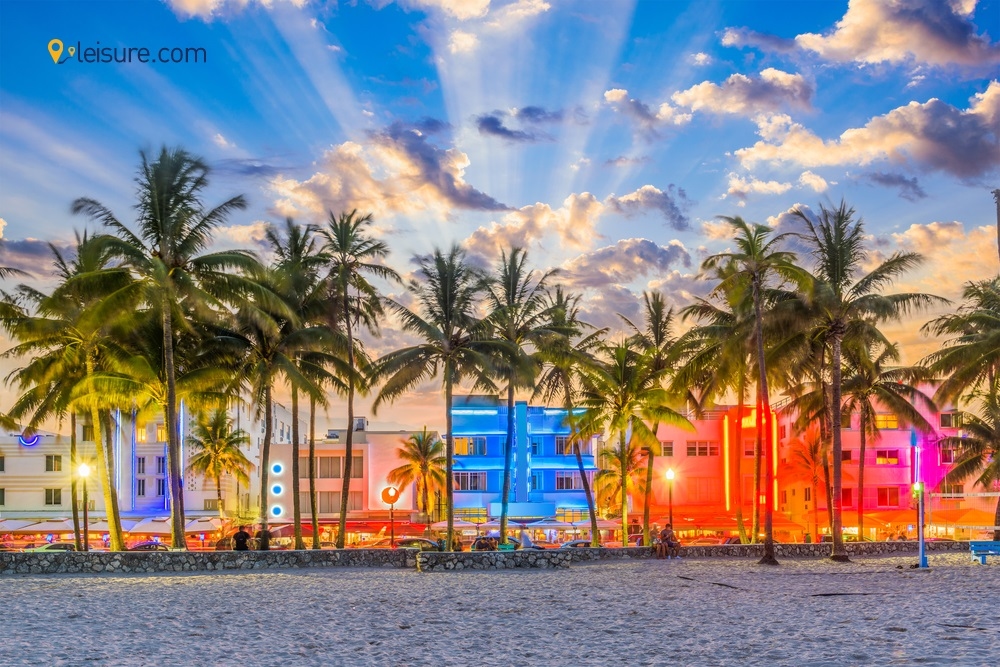 Did you know Miami is the treasure trove of some amazing historical gems? Did you know that despite the newer developments taking place almost every day from South Beach to inland Miami, there are so many options left for all those history buffs? Did you know the magic city houses one of the oldest buildings in the Western Hemisphere? We’re sure there is so much more in Miami you still did not know and would love to get closer to. You’ll be surprised to know that Miami’s impressive collections of Art Deco architecture are one-of-its-kind unique things in the whole of the United States. And, the fact that you can very much swim in the giant freshwater spring at a coral rock quarry is pretty surprising for many people. There are several historically & culturally enriching attractions and structures that every history enthusiast must explore at least once in a lifetime.

We’ve designed this article to help you believe that Miami vacations are not just about nightclubs & beaches— you can go for an even more meaningful tour here. There is no dearth of historical places in Miami Florida — be it the cultural centers, Miami magnificent museums, the wonderful memorials, and the grand estates. In fact, Miami has something for everyone to go on a deep exploration. In this article, we’ll talk about how you can get a little closer to the culture of Miami Florida. Let’s read to find out our list of best historical places in Miami Florida to visit. Read on to find.

Pick the Best Historical Places in Miami from our list to dive a little deeper into the surprisingly pleasing history of the city. Here we go: 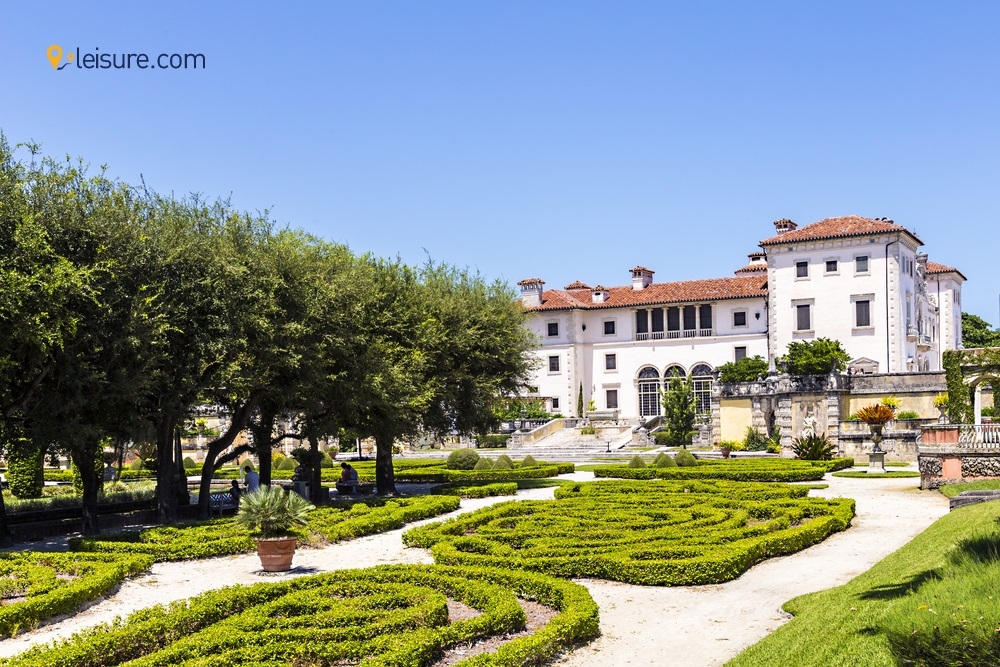 Popular for: It has been the idyllic backdrop of many king-sized weddings & photoshoots. And, when the manicured gardens are not being used for any kind of celebration, you can explore them to soak in some history.

Vizcaya Museum & Gardens are historic villas featuring decadent European interiors. Dating back to 1922, James Deering’s winter estate has been converted into a museum for tourists. The massive gardens look absolutely embellished with geometric-style shrubs and beautiful statues— they will make you remember the gardens of Versailles in France. Located on Biscayne Bay, the Italian Renaissance-style villa was built by Paul Chalfin, F Burrall Hoffman & Diego Suarez from 1914 to 1916. Besides the spectacular architecture, the European antiques and works of art that span between the 16th century to the 19th century is something you should not be missing. And, you’ll not just see but experience the time — from a central vacuum-cleaning system to a telephone switchboard to elevators, everything is the same as it was in Deering’s time. 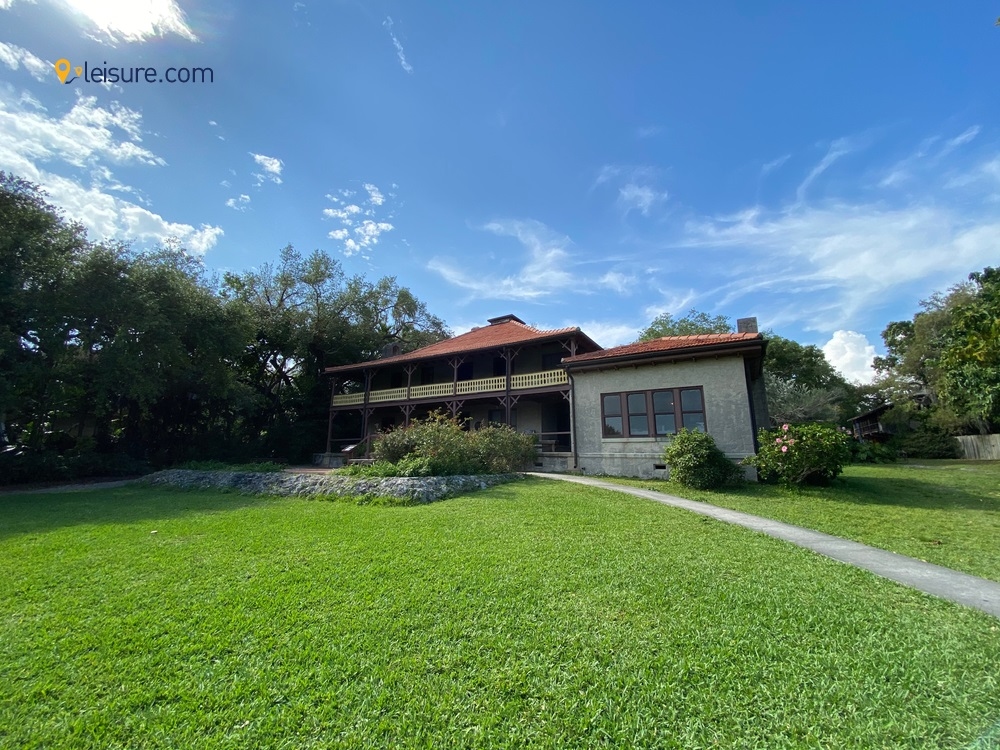 Brief Description: The Barnacle Historic State Park houses the oldest home that exists in Miami. This was the home of Ralph Middleton Munroe, the Coconut’s Grove pioneer who was also an American yacht designer & founded the Biscayne Bay Yacht Club.

Popular for: The oldest house in Miami-Dade County is surprisingly in all its original location & condition. And, the tropical hardwood hammock in the surrounding is the only evidence left to understand Miami’s original landscape.

Barnacle Historic State Park located on the shore of Biscayne Bay, gets you a sneak peek into the life of the Bay when all kinds of traveling were through the sea. Ralph Middleton Munroe, who used to be the owner of the only home left— used his own land to preserve the forest. And, you would see here plenty of old & huge trees. 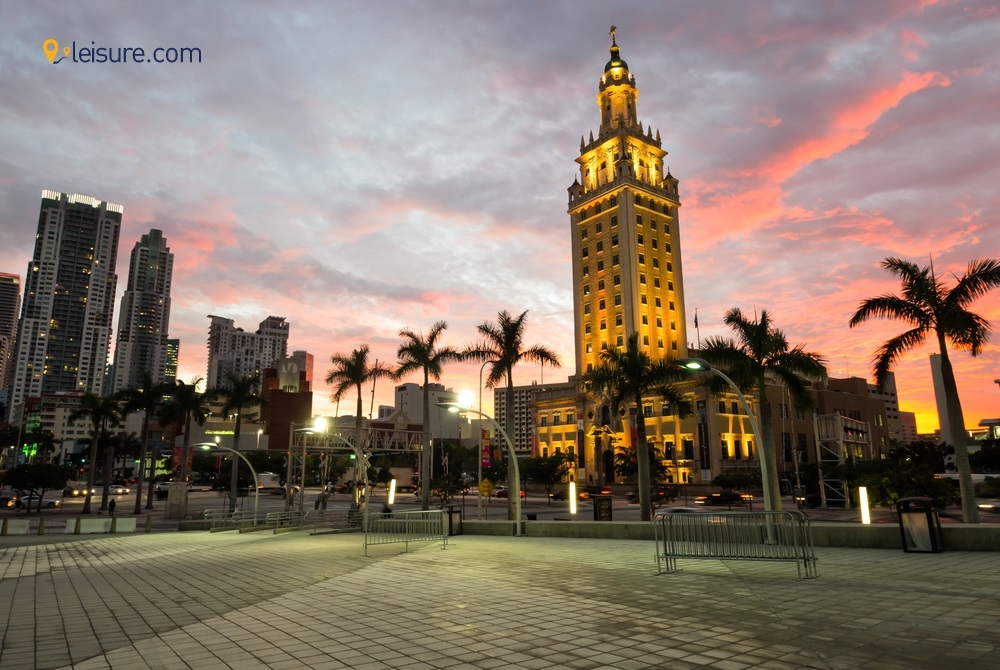 Brief Description: Constructed in 1925, Miami’s Freedom tower used to be the printing office & headquarters of the Metropolis & Miami Daily News until 1957. It later was converted to an immigration station for Cuban refugees for years between 1962 and 1974.

Popular for: The freedom tower gained popularity during the 1960s when it started operating as the immigration station for Cuban refugees. Drawing inspiration from the bell tower of Spain’s Seville Cathedral, the freedom tower is probably the only structure based on the Mediterranean Revival-style showcasing the typification of early Miami architecture. Today the tower is used by the Miami Dade College where the college runs its offices, the Cuban Exile Experience, and a contemporary art museum. 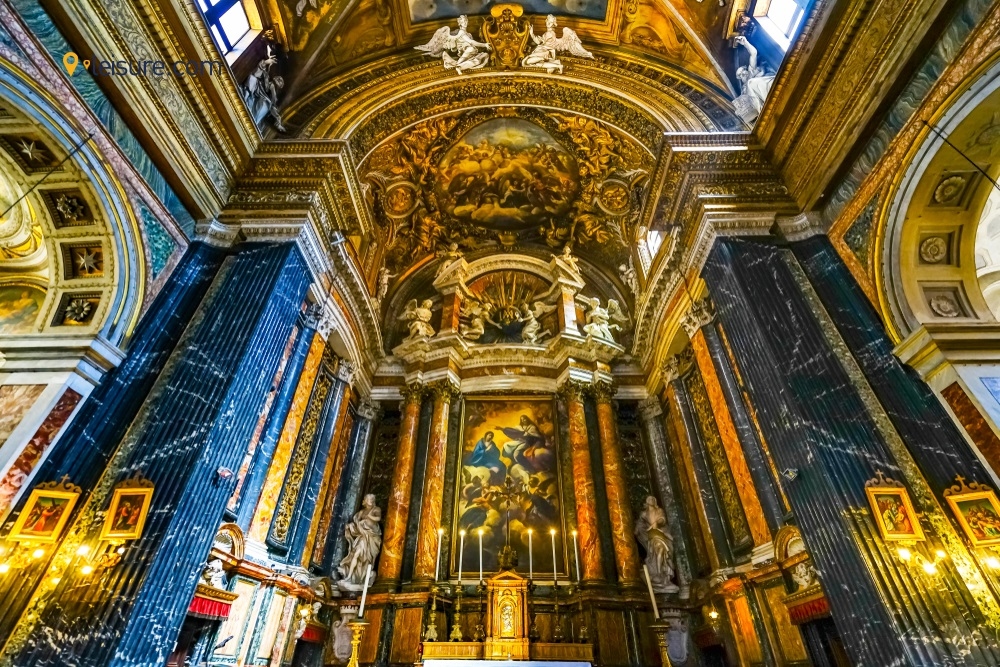 Brief Description: The Gesu Church located in Miami, Florida was included in the U.S. National Register of Historic Places on July 18, 1974. The historic Roman Catholic church built in the year 1896 is the oldest church in Miami.

Popular for: The Gesu Church plays an important role in the history of Miami. It also has been the witness to the city’s growth & development. And, the buildings are an absolute representation of the excellence of designing, detailing, and craftsmanship.

The  Gesu Catholic Church was built in 1896 and it is set in the heart of the Downtown. While you are wandering around the old streets of the city, you can easily reach Gesu Church by public transport from the Metromover. This is one of the best Historical places in Miami Florida which every history buff must go to. 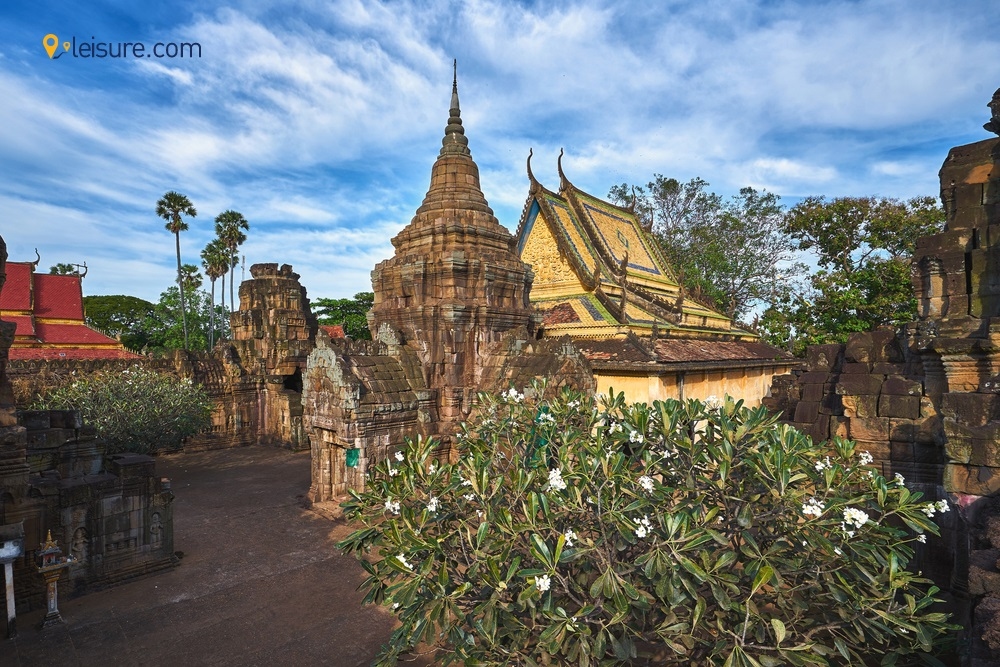 Brief Description: Kampong houses over 200,000 varieties of plants, 600 trees, and crops. The Kampong is a 9-acre botanical garden in the Coconut Grove neighborhood of Miami, Florida.

Popular for: It used to be the horticulture & estate experimentation site of Dr. David Fairchild who is known as one of the most popular plant explorers in history. During the 2017 Hurricane Irma, a part of the garden was damaged, but later on, the tropical oasis was completely restored.

Dr. David Fairchild, the popular horticulturist explored the world in search of some suitable plant to bring to the US. On his return, he brought certain tropical species, which he planted on his land and named it Kampong (which is a Malaysian word for village). Later on, the land was converted to a botanical garden. Today it is used as an education center on-site, laboratory, and herbarium. While strolling through the garden, you can check out the detailed documents & photographs depicting everything about the project. We’ve a storehouse of intriguing bizarre travel stories that will inspire you to travel. 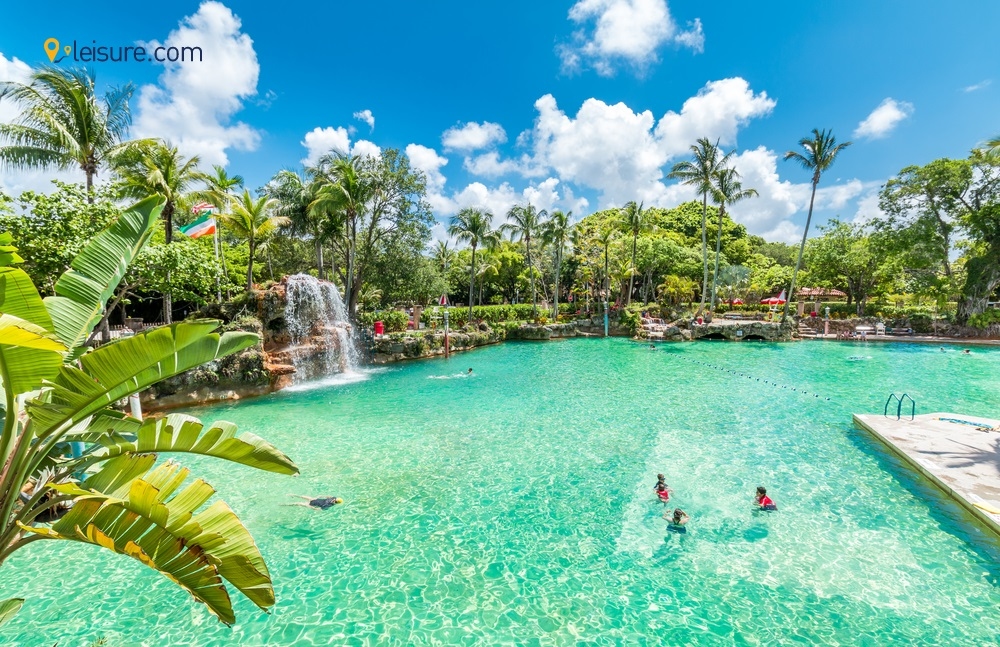 Brief Description: Venetian Pool is the only public swimming pool in Florida that was designed by George Merrick, the Coral Gables mastermind in 1923.

Popular for: People come here to dip in the city’s only quarry! The best thing is that, even during the scorching sun all on the top— the 820,000-gallon pool remains cool. It has been made possible by the underground aquifer, which fills the pool with fresh water.

Venetian Pool is the most popular watering hole of Coral Gables. It is a public pool that is entirely made with a coral rock quarry. The watering paradise has been all crafted in a Venetian style with an Italian-style bridge, loggias, and porticos. It also has cave-like grottos for swimmers and two waterfalls — and the 820,000-gallon pool is filled by an underground aquifer. People come here today to find Miami history and fashion nights out are common here. 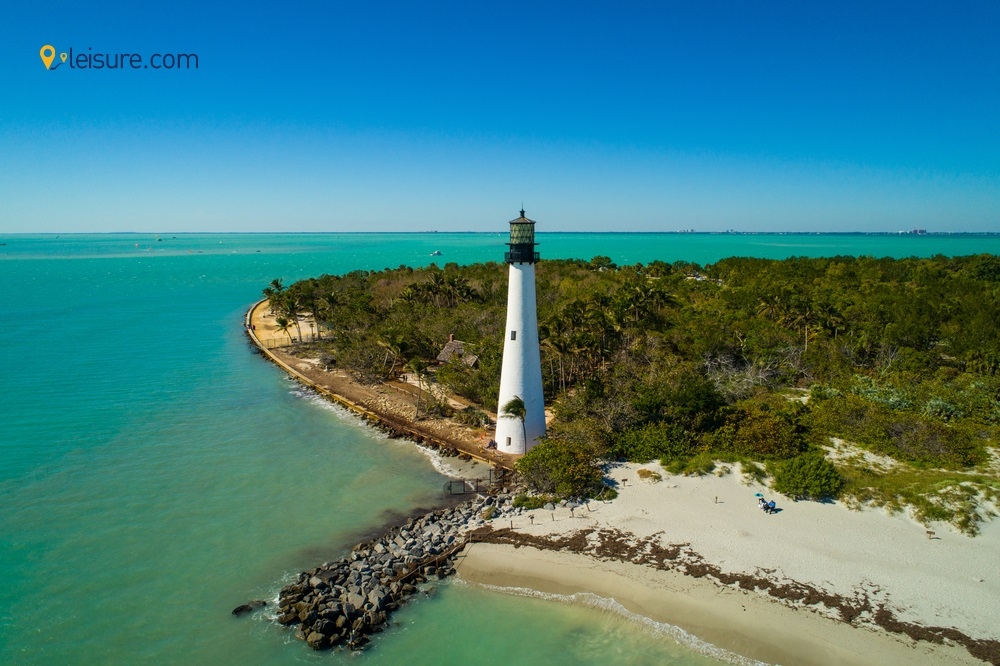 Brief Description: Bill Baggs Cape Florida State Park is one of the best beaches in the country, away from the hustle and bustle of the city. You can enjoy numerous activities on this huge serene land.

Popular for: The park was created in memory of Bill Baggs who was the editor of The Miami News and a popular civil rights activist. Bill Baggs is believed to have worked industriously to preserve this land. So, undoubtedly, it is one of the best historical places in Miami.

The park used to be the secret port and a key station for all those runaway slaves in the Bahamas who were fighting for their freedom. It was in the early 1920s that around 300 slaves got on to their journey to Andros Island to lead a free life. You’ll notice a large marker on the beach which is designed to commemorate its role in the freedom movement. Besides history, Bill Baggs Cape Florida State Park is the perfect place for bikers, hikers, and those who enjoy snorkeling and swimming. Visiting Bill Baggs Cape Florida State Park is a great way to immerse in the traditional culture of Miami Florida. 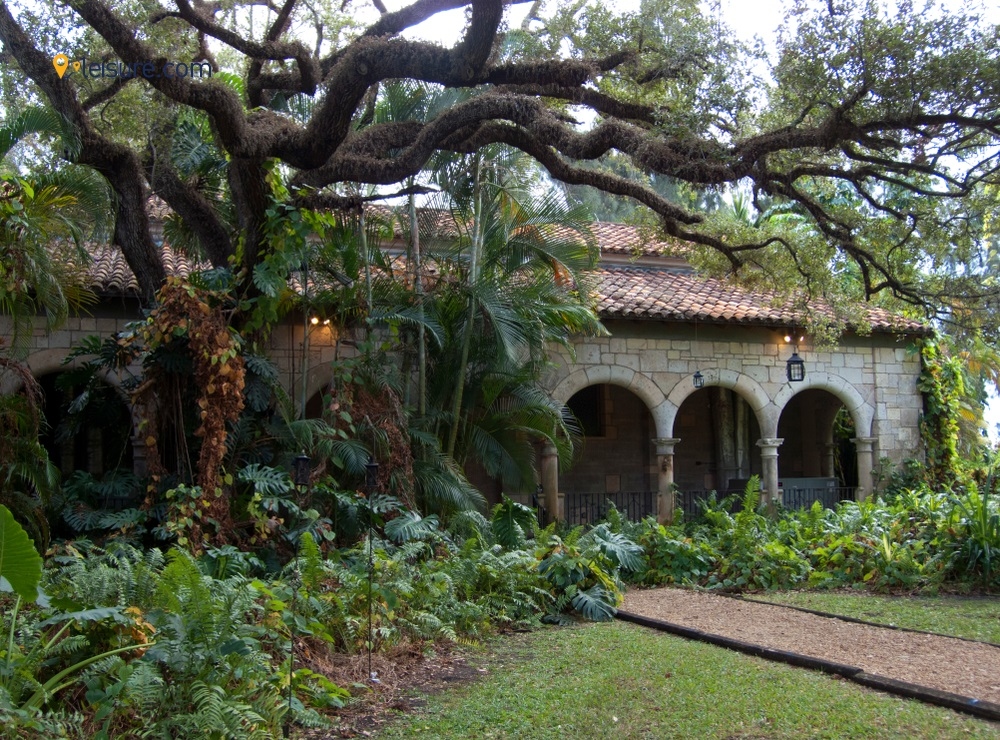 Brief Description: Ancient Spanish Monastery hidden in North Miami Beach is a European architecture and history enclave. It was originally created as a part of the Sacrament, which is a municipality of Segovia.

Popular for: The hidden gem of Miami is known for its interesting history which has kept it all alive for a long time. At the monastery, you can see over 35,000 stones, some of which weigh around a ton and a half.

This little piece of history, the Ancient Spanish Monastery took around eight years for the completion of its construction. The work began in 1133 AD, which is about 360 years after Columbus arrived in America and left Spain. Having been completed in 1141 AD, it is one of the oldest structures in the western hemisphere. For around 700 years, it was used as a monastery for Cistercian monks. Soon after a social revolution broke down resulting in its seizure. In 1925, an American businessman purchased the monastery who shipped it to the United States by dismantling it stone-by-stone.