Luxury Poland Tours - A Guide To Experience The Rich History 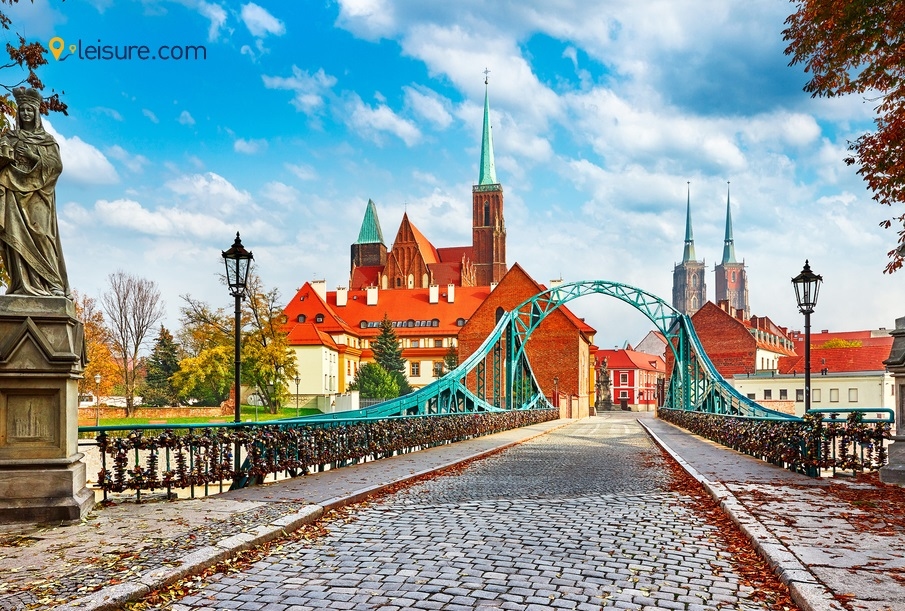 Poland is one of the most unexplored locations in the entire EU. You will get UNESCO World Heritage sites, great history, world-class museums, amazing food, and diverse wildlife and nature on luxury Poland tours. People with a tight budget can even avail these tours. The luxury Poland tours have everything you want in Western Europe, but for a substantial cost reduction. Many tourists visit the capital during luxury Poland tours or spend a couple of days in Warsaw before going to a neighboring nation. While that is not a bad way to spend your time in Poland, the nation has much more to offer. It has rugged coastlines, delicious beers, medieval towns, and beautiful parks. You can spend a lot of time here and still only get to the surface. To top it all, there are fewer tourists in this nation than anywhere else on the continent. So, it is quite easy to have a more authentic and local experience on luxury Poland tours.

The former royal capital of Krakow has been an architecture marvel through the ages. The city has perfectly preserved gothic structures that wear Renaissance overlays with pride. It is also baroque and art nouveau. The great medieval castles and ruins line the hilltops around the nation. The incredible red-brick fortresses of the Teutonic Knights are still present in the Northside of the country. There are simple but intricately crafted wooden churches that hide amidst the Carpathian hills. The great skills of the highlanders are often on display at the many Skansen’s of the nation. These Skansen’s are open-air ethnographic museums. This guide will help you to plan your own luxury Poland tours. Make the most of your time in the nation with our comprehensive tips.

When to Go on Luxury Poland Tours 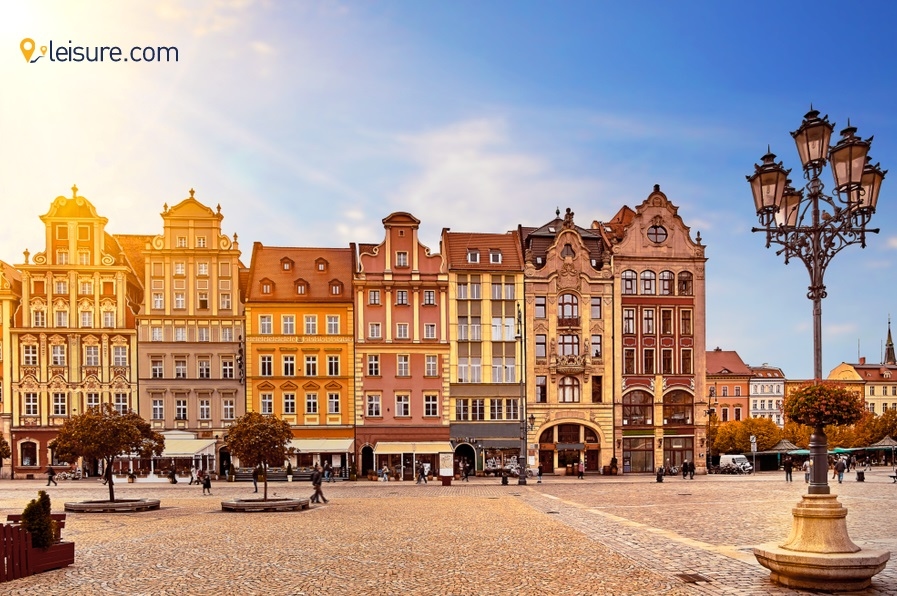 The best time to go on luxury Poland tours is during the summer. This ranges from June to August. The temperatures during that time are hot, and the rain is not very frequent. You can get temperatures between sixty-five- and seventy-five degrees Fahrenheit during this time. There will be a difference of some degrees between Krakow in the south and Gdansk in the north. Summer is also the busiest time of the year for the tourism industry. But you will only see it in the main tourist towns of Krakow and Warsaw. The shoulder season of September-October and April-May are good times to go on luxury Poland tours. The temperatures during that time are from forty to sixty degrees Fahrenheit. You will avoid the tourists and have good temperatures. There is also some rain in the spring, but you will get the vibrant autumn colors in the fall, making for a scenic backdrop to the entire trip.

The winter in the nation can be quite cold. The temperatures decline to around thirty degrees Fahrenheit during the day and twenty degrees Fahrenheit at night. Snowfall is common. This can affect the conditions if you are traveling by automobile. We will not recommend you go during the winter season unless you want to ski or participate in other winter activities, such as experiencing the Christmas markets during your luxury Poland tours.

How to Get Around During Your Luxury Poland Tours 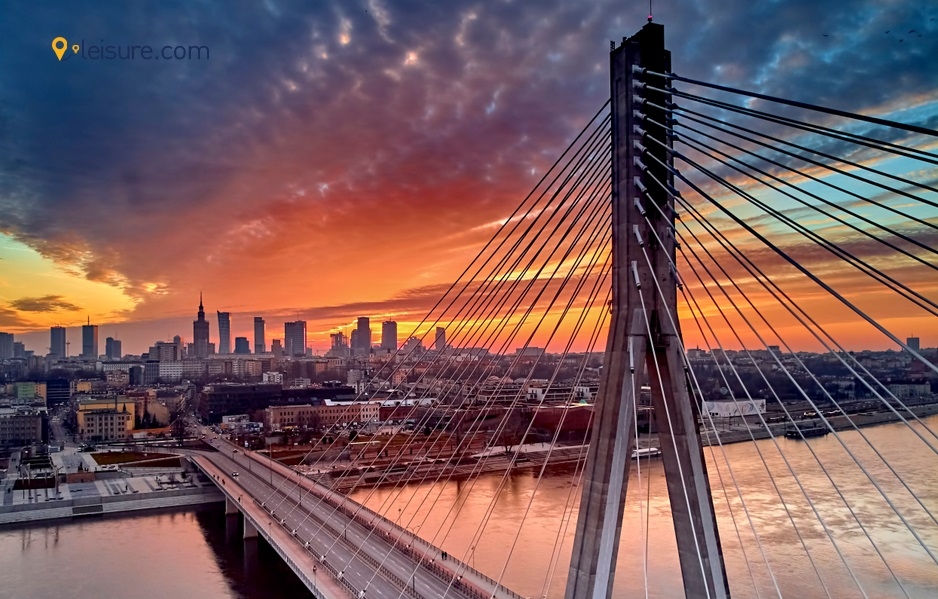 Trams and buses are the common ways to get around in all the cities. But Warsaw also has a subway system. The trams and public buses cost around one dollar for a one-way ride. This depends on the distance you want to travel. You can expect the costs to start at three dollars per person for a single-day pass. In Warsaw, you can get a three-day public transportation pass at eight dollars. Poland also has an extensive bus network so that you can rapidly travel around the entire nation by bus if you are on a tight budget. Polski Bus and Flixbus are the top choices as they have comfortable buses at great prices. The journey between Krakow and Warsaw costs around seven dollars, while the long ride between Warsaw and Gdansk costs twelve dollars. All the buses have Wi-Fi, electrical outlets, and bathrooms. This makes them a great pick for budget travelers.

The trains are not as cost-effective as the buses. But they are a great choice for long-distance travel. Many different firms operate trains here with a variety of types. The most important for tourists are the InterRegio (IR), InterCity (IC), the ExpressInterCity (EIC), and the ExpressInterCity Premium (EIP). The EIP trains are rapid and function between major towns. They have second-class and first-class seats, and reservations are compulsory. These are the latest trains and have a dining car if you want to eat during the trip. The EIC trains also operate between major cities but are a little slower. They are still very comfy and safe, with business class seats and a dining car. Since the services are not as good, the costs are lower than what you will get on EIP trains. There are second-class and first-class seats available as well. The IC trains are the cheapest of all the options and the slowest because they make more stops. They also have basic amenities, which include power outlets.

The IR trains are another choice as they stop at many medium-sized towns. There are no first-class or seat reservations available here. So, they are a little busier and will not have space for any luggage sometimes. But they are very affordable. The train between Gdansk and Warsaw costs about sixty dollars and takes about three hours, while the train between Krakow and Warsaw is about twelve dollars and takes a couple of hours. Flying around the nation is quite cheap, thanks to the budget airlines such as Wizz and Ryanair. From Warsaw, you can go to any town in the nation for under eighty-five dollars, round trip. The flight between Krakow and Warsaw takes under an hour and is priced at around fifty dollars. The flight between Gdansk and Warsaw takes a little more time but is priced at about forty dollars. It is also quite simple to arrive and depart from the nation via plane as Ryanair and Wizz fly all over the continent. You will find a flight for as little as twelve dollars to locations around Europe if you are flexible and can book early.

BlaBlaCar is the top ride-sharing choice for intercity travel. It is fast, cheap, and drivers are verified and have reviews, so it is quite safe. Just ensure flexible plans as the drivers are often late or just change their plans. The car rentals start at seventeen dollars per day for a multi-day rental. The drivers must have their license for at least a year and an International Driving Permit. The permit is only required for citizens of certain nations. Poland is also one of the top hitchhiking-friendly nations on the continent. If you look presentable and have a sign that describes where you are going, you will not have to wait too long to get a ride. Having a flag from your home nation is also a big help. You can get websites that will give you further information about hitchhiking.

On your luxury Poland tours, you will see that the country has long been a destination that is steeped in history and tradition. But the past two decades have seen such great economic development that Poland is starting to look more and more like the West. But beneath the gleaming surface is a culture rooted in community values and Eastern hospitality. The reminders of the turbulent past of the nation are strewn everywhere. The nation is also a location of great natural beauty. There are mountains, beaches, and lakes, which give a great contrast to the cultural rigors of the nation that you will experience during your luxury Poland tours.