Best Things to do in Riga - The Perfect Latvia Itinerary 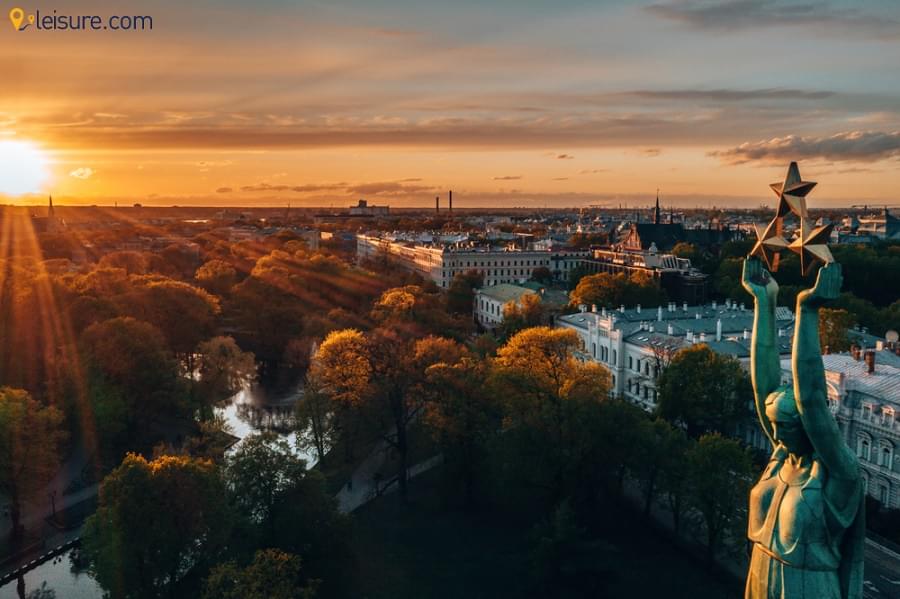 Unbelievably beautiful! There are plenty of things to do in Riga, Latvia. You’ll love it all, this European trip. This 6 Days power-packed itinerary will take you through the beautiful churches, fascinating architecture of Riga, intriguing Three Brothers, and much more. The Old Town of Riga is most famous among travelers, where most of the major sites are located. Follow this well-planned itinerary to discover the best of Latvia.

You’ll be beginning the first part of your Latvia vacation from the three historic houses in Old Town Riga. From the last many centuries, these closely built structures have been called the Three Brothers. According to legend all of these were built by three men of the same family.

In entire Riga, the three brothers are the oldest of all the medieval buildings that exist till now. And, when you are gearing up to find the best things to do in Riga, Latvia then visiting the Three brothers cannot be left. Today, the entire day will be dedicated to exploring these medieval dwelling places in Riga.

The yellow houses are from the 16th century, white ones from the 15th century and the gree belong to the 17th century. During the medieval times, the Maza Pils Street was there on the outskirts of Riga and it used to be the dwelling place for the craftsmen. Those centuries-old houses have been converted into the State Inspectorate for Heritage Protection and the Latvian Museum of Architecture.

The architectural trip will give you an overview of the incredible Past of the city! You are on your way to seeing a snippet of the stories related to 13th-century German crusaders and the reign of Riga as the biggest Swedish city that is some 400 years old.

During the Middle Ages, Riga was the part of Hanseatic League, from 1940-1991 that of the Soviet Union and the Russian Empire during the 18th & 19th centuries. Even after the havoc caused during World War II, the historical evidence of the city is still preserved. These historical living illustrations have got its name listed in the UNESCO World Heritage Site.

Seeing the architectural wonders is one of the best things to do in  Riga, Latvia. From the Modernism to the wooden buildings to Gothic and art nouveau, every piece of it is worth visiting. You’ll be amazed to see uniquely built statues of wooden compounds, cats, and colorful houses. Every step unveils something special!

There’s also the Tourist Information Centre, which is the best place for any traveler who goes to Latvia. With each passing year, this building has transformed into a symbol of Riga and many people know Latvia by the House of Blackheads. today you’re going to see this gorgeous building that has been elaborately embellished with various painting, and sculptures.

Today, your curiosity for who were the blackheads is finally going to be over! Your guide will tell you the story behind! The society of Blackheads was found in the 13th century that was for single merchants. They then rented accommodation, Great Guild’s New Hall in the year 1477, which is now called as the Blackheads House.

While most members of this society were German, there were also Dutch, Scottish, Norwegian, English, and Swedish members. The festivals they these blackheads used to organize is famous till date in entire Europe. On your trip to this Latvian travel spot, you’ll get to know everything!

It’s the fourth day of your trip to Riga, Latvia! This day, you’ll be moving from the Old Town of Latvia to Elizabeth Street and Albert Street. Here, at this place, you’ll be seeing the fascinating Art Nouveau architecture. When you are Riga, you cannot miss visiting the Art Nouveau, which has 800 art nouveau buildings and most of them are along Albert Street.

This place is particularly inspired by mythology and nature! You’ll get to see here plenty of Cerberus, sphinxes, and flowers. It’s the best thing to do in Riga, Latvia for an art person. The complete day is to explore the Art of Nouveau District. At the end of the day, get back to your hotel in Riga. Enjoy dinner!

It’s time to shop around! Whether you are in the mood to watch people of Latvia or want to shop for some special items of the place, it’s the day for you. Today, after breakfast and everything, you’ll be heading towards the Central Market, which is considered as one of the well-known markets in Europe. Shopping is going to be one of the best things to do in Latvia here.

You’ll find many local shops selling a variety of things from vegetables to fruits to clothes, cakes, and bags. There are outside as well as inside areas and there’s all the scope to spend around an hour.

You are definitely going to love exploring the place! But, you’ll need to be a little more careful not to wander off at the outside market or you may get lost. And, there can be an encounter with swindlers and pickpockets. So be careful!

In Riga, Latvia, you’ll get to see many of the beautiful churches! And, some of them you’ll encounter walking around the Old Town of Latvia. One of the most popular and attractive of them is the Nativity of Christ Cathedral and St. Peter’s Church. Christ Cathedral adds bling to the skyline being of the Russian origin.

Most famous churches in Riga, Latvia

Riga Cathedral: This church is considered one of the historically rich churches here.

Outside St. Peter’s church: Outside the church, you'll get to see statues of four animals, dog, cat, rooster, and donkey. 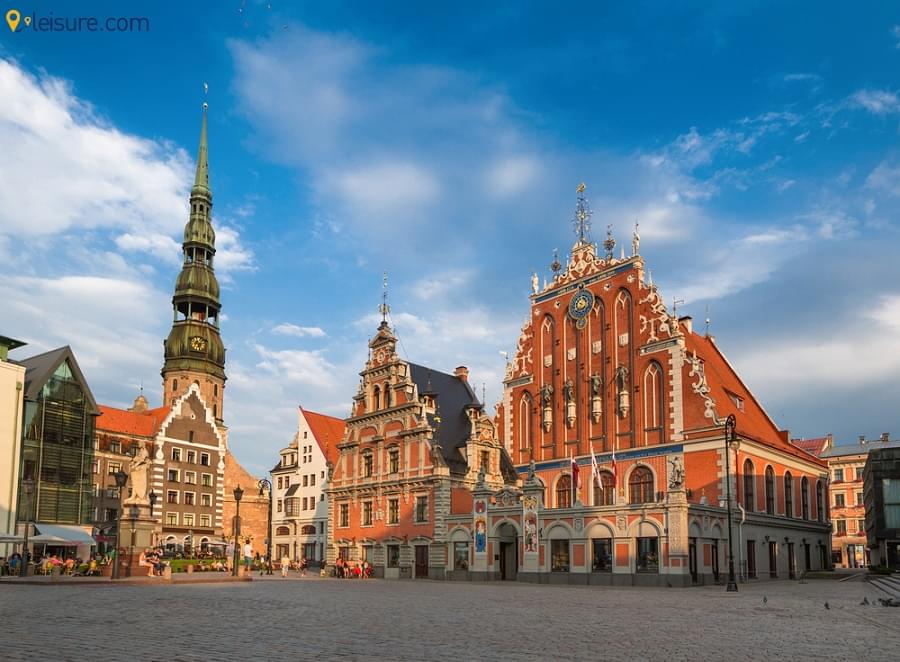 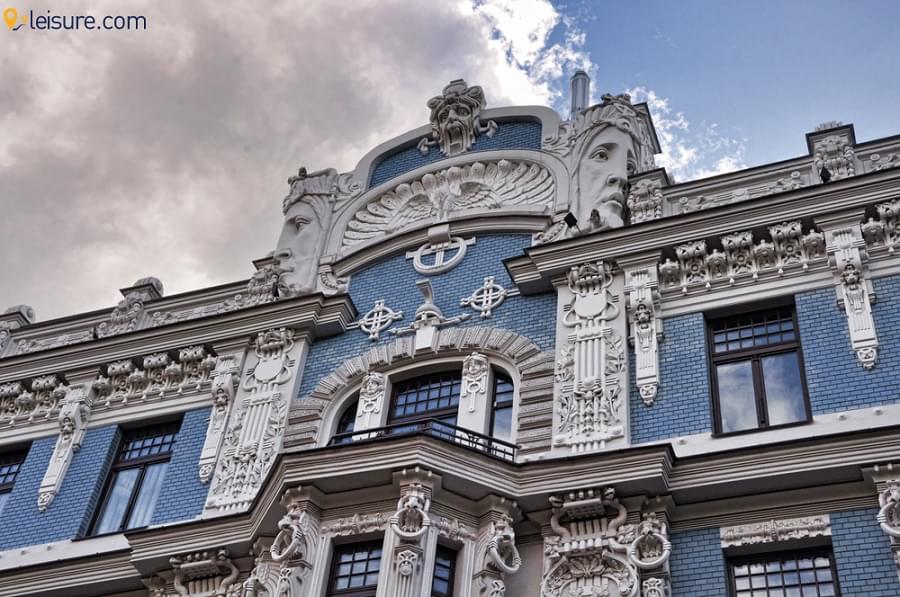 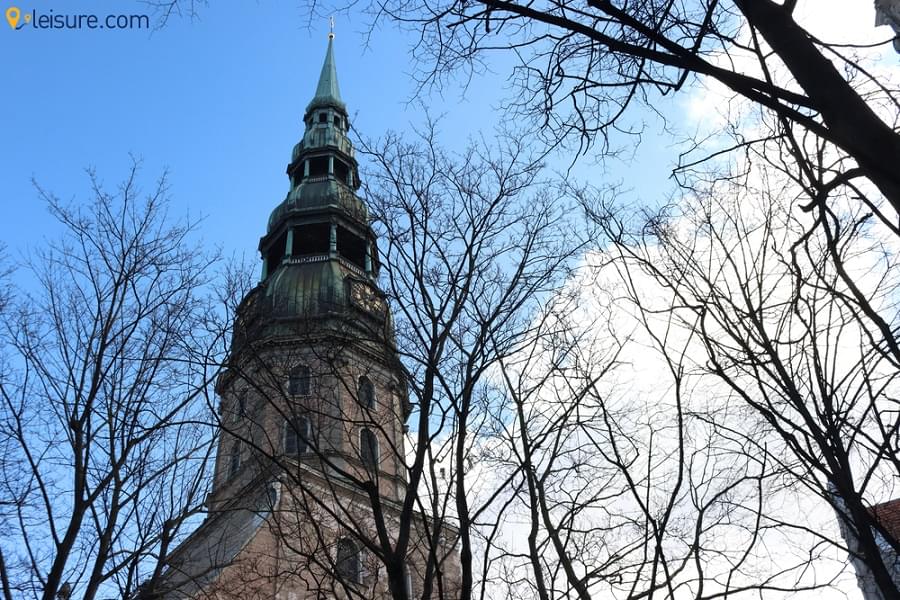 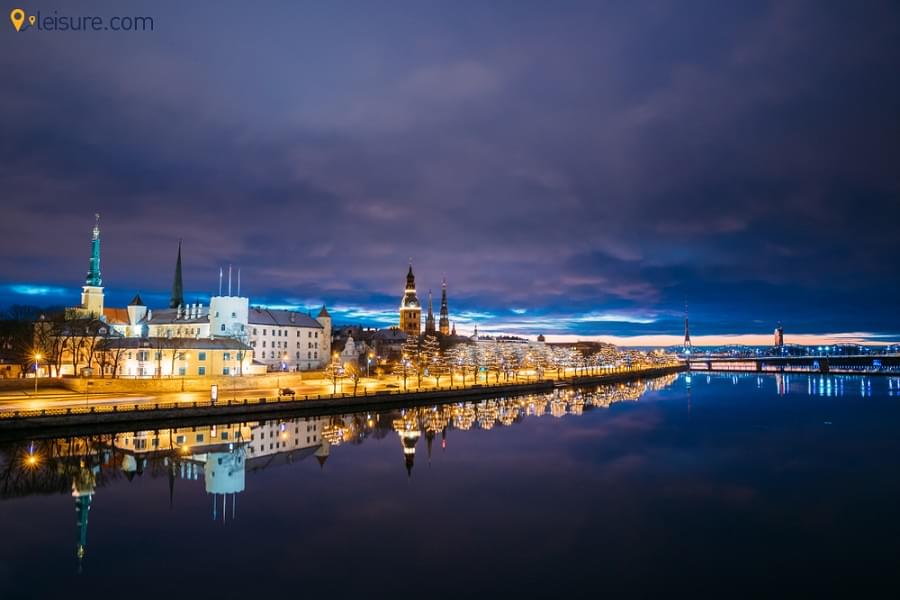