The 15 Most Famous Historical Places To Visit In India 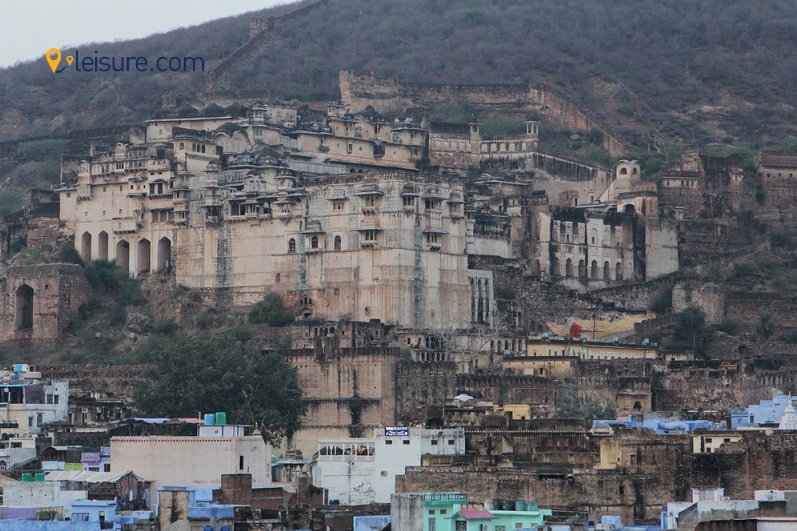 It is not an exaggeration to say that India has one of the world's oldest civilizations. Several rulers, dynasties, and kingdoms have risen and fallen throughout history. However, each ruler left a legacy as a monument, which could be a fort, palace, or other historical structure. There are numerous historical sites in India, and we've compiled a list of 15 historical sites you wouldn't want to miss.

The Taj Mahal in Agra is one of the most visited historical sites in the world. It dates from the 17th century. Shah Jahan, the Mughal emperor, built it in the memory of his third wife, Mumtaz. It stands for the ultimate symbol of love, whose grandeur is unparalleled in history if you visit the Taj Mahal, which is now one of Delhi's weekend getaways. The Taj Mahal, located on the Yamuna River's southern banks, has intricate carvings and is made entirely of white marble. It is also one of the Seven Wonders of the World. According to local legend, Shah Jahan severed all Taj Mahal workers' hands to prevent a similar memorial from being built.

Visit Agra Fort in Uttar Pradesh to get a rich sense of the Mughal era. It is one of India's most famous historical sites made entirely of red sandstone. It is a 16th-century fort built during Akbar's reign and a UNESCO World Heritage Site. Other architectural styles and intricate marble and sandstone artwork can be found at the fort. The Lal Qila is how the locals refer to it. This fort was mentioned in one of Sherlock Holmes's cases, the "Sign of the Four," which is an interesting fact.

The Red Fort is a historical tourist attraction in India. It took ten long years to build the fort, from 1638 to 1648. It was previously known as the Qila-e-Mubarak. It is made in the Mughal style with massive red sandstone walls. Its highlights include beautiful geometric gardens, magnificent balconies, and opulent entertainment halls. This octagonal fortress is one of northern India's most well-known historical sites. It also serves another purpose: it is where the President delivers his Independence Day speech. The Red Fort was white because it was made of limestone. When the limestone started to crumble, the British painted it red.

The Qutub Minar in Delhi is one of India's top historical sites. The Qutub Minar, also known as the Victory Tower, is the world's tallest brick minaret, standing 72.5 meters tall. It is a UNESCO World Heritage Site. The Qutub Minar, made of marble and red sandstone, has many beautiful carvings and intricate designs. These are dotted with Quran verses, mainly in Arabic and Nagari. It is regarded as the location of the first Muslim kingdom in northern India.

Fatehpur Sikri, a town in Uttar Pradesh's Agra district, is an architectural marvel and one of India's most beautiful historical sites. It is a UNESCO World Heritage Site built primarily of red sandstone in the late 16th century by Mughal Emperor Akbar. Many women would come to the tomb of the Sufi saint Salim Chisti to pray for children.

Must see: Diwan-i-Aam and the Diwan-i-Khas

The Hawa Mahal in Jaipur is an important historical site in India, and it's a landmark in Rajasthan. The 5-story Hawa Mahal, built in the 18th century, towers over Jaipur's bustling streets. It was also constructed in a mix of Rajput, Mughal, and Islamic architectural styles. The Hawa Mahal is so named because its 953 intricate windows resemble the honeycomb of a beehive. It is also shaped like a crown because Maharaja Sawai Pratap Singh, the ruler who built it, was a Lord Krishna devotee. This palace is the world's tallest structure that does not have a foundation. The palace is curved but still stands firm due to its pyramidal shape.

The Victoria Memorial in Kolkata was built in honor of Queen Victoria, making it a British rule relic. The Victoria Memorial, built entirely of white marble, is nearly identical to its London counterpart. It is surrounded by a well-kept garden and contains sculptures, artwork, statues, and other items. A 16-foot-tall bronze statue of the Angel of Victory stands atop the Victoria Memorial's central dome.

One of India's most famous and significant sites is Humayun's Tomb, a beautiful fusion of Indian and Persian architecture. Humayun's wife, Hamida Banu Begum, authorized the tomb's construction for her husband in the 15th century. Four gardens and two double-story gateways surround this magnificent monument.

The Khajuraho Temples in Madhya Pradesh are one of India's top ten historical sites, with 85 Hindu and Jain temples spread across three complexes. Khajuraho has long been regarded as the pinnacle of sensuality and eroticism. In Khajuraho temples, carvings of cult icons, demi gods, and Apsaras can be found.

The city was named after the date palms that adorned it, and the Hindi word "Khajura" means "date palms." It was also known as Khajjurpura in ancient times.

One of the most religious Buddhist centers is the Sanchi Stupa, which houses Buddha relics. In the third century, Lord Asoka built this famous historical site in India for Emperor Ashoka. The Stupa's dome represents the wheel of law, and the Stupa is a symbol of Buddha's freedom as well as the circle of life and death (Moksha). The four gateways of the Stupa depict scenes from the Jataka tales and stories about Buddha's life.

The relics of Buddha were painted with a Mauryan polish to make them shine like glass.

Another well-known historical site in India is the Amer Fort in Jaipur. This fort, built by Maharaja Man Singh in the 16th century, is said to be one of the country's oldest monuments. It has intricately carved walls, opulent ceilings, numerous courtyards, and stunning entry gates. The Amer Fort is a UNESCO World Heritage Site with a museum, garden, restaurant, and other facilities. The fort's maze-like passages and winding staircases are among its main attractions. Several Rajput rulers have previously used the Amer Fort as their primary residence.

India Gate is a prominent landmark in Delhi. This sandstone-granite arch gate, surrounded by verdant lawns and gardens, is an iconic landmark and one of India's most significant war memorials. The India Gate, also known as the All-India War Memorial, is along the Rajpath.

Open from: All the time

Meenakshi Amman Temple is one of the most beautiful ancient sites in India. The Dravidian-style temple was built in the early 17th century and is located on the southern banks of the Vaigai River in Madurai, Tamil Nadu. The Goddess Parvati and Lord Shiva are the primary deities of this temple, also known as the Sri Meenakshi Temple.

However, the most notable aspect of the temple is that both the god and goddess are worshipped here. The Meenakshi Amman Temple has it all: intricate details, art in the pillars and walls, 14 gateway towers known as gopurams, and more.

The world-famous Golden Temple in Amritsar, Punjab, is also one of India's top historical sites. The Golden Temple, also known as Sri Harmandir Sahib, is the most sacred site for Sikhs and represents humanity, peace, and brotherhood. The gurdwara has a distinctive domed architecture, with half of the dome covered in pure gold and the other half in white marble.

Open from: Changes every month

Elephanta Caves, about a few miles from Mumbai, is another important historical site in India. These caves, which date from the medieval period, are regarded as some of the most beautiful examples of rock-cut art and architecture.

India is known for its rich culture and history with vibrant colors and ancient monuments to look at. Discover the rich diversity and stunning architectural splendor of this great nation. These monuments exhibit artistic prowess at their finest, from elaborately decorated windows to large sculptured inscriptions. On your trip to India, get lost in the vibrant Indian heritage as you discover the ancient world of historical sites. Follow leisure.com for more travel guides, tips, and places to explore.