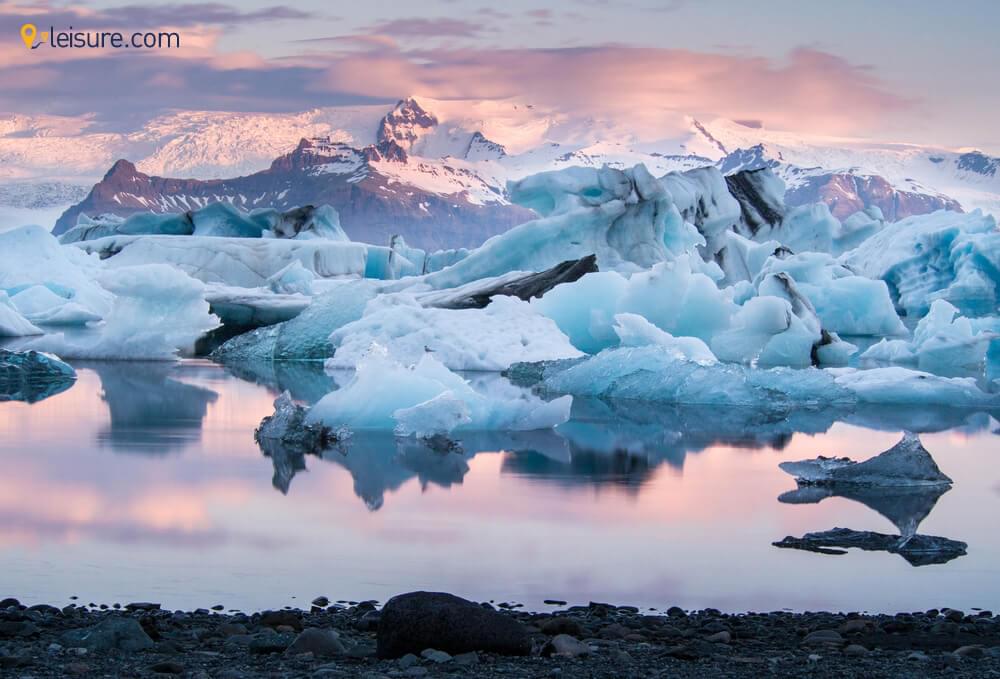 Iceland is defined by its dramatic landscape complete with active volcanoes, geysers, massive glaciers, hot springs, and lava fields. Iceland is, literally, a country in the making, being constantly reformed by active natural forces. On this luxury tour, expert guides will lead you through  the exciting and volatile terrain so you can experience the very best of Iceland for yourself.

Iceland Tour At A Glance

Upon arrival of your international flight, proceed through immigration and customs formalities before meeting your driver in the arrivals hall for the transfer to your hotel in Reykjavik. With an abundance of space, clean air and natural green energy, Reykjavik clearly deserves its reputation as being one of the most clean, modern, and forward thinking cities in Europe.

Start off your Iceland trip with some adventure. In the afternoon, go ATV/quad biking. Raw nature, dirt, and rugged off-road conditions on tracks ensures an exhilarating ride. This is a fun sport and safe as long as you follow the lead of your guide.

Your personal guide will take you for a tour around Reykjavik and its vicinity this morning.  During this tour, you will see the old town center, the Parliament, the Cathedral, the harbor, Hofdi house, and Harpa, one of Reykjavik‘s greatest landmarks. It is a cultural and social center in the heart of the city, perched majestically by the harbor.

The National Museum of Iceland’s exhibition, “Making of a Nation,” includes over 2,000 artifacts dating from its settlement in 874 CE to the modern day. Hallgrímskirkja church is Reykjavík's main landmark where you can take in a view of the whole city.

In the evening, it’s time to go in search of the Northern Lights. During large flares on the sun, huge quantities of solar particles are thrown into deep space. As these plasma clouds travel close to Earth, they are captured by the planet’s magnetic field and guided towards the magnetic poles. Thus, its location near the North Pole makes Iceland a prime place to see the Northern Lights.  The forecast will be monitored during your stay, and you may go on a different night when conditions are more favorable.

Your first stop on your guided tour today will be Deildartunguhver, the highest-flow hot spring in all of Europe. From there, visit the waterfalls of Hraunfossar (Lava Falls) and Barnafoss (Children’s Falls). Then, ascend  by 8-wheeled truck to the ice cap of Europe‘s second-largest glacier, Langjokull. The highlight of the ice cap will be entering a manmade ice tunnel.  Journey deep within the glacier, where it feels like another world, made entirely of glistening blue ice.

This morning, check out of your hotel for the drive to Thingvellir where the Vikings established the first Parliament, which is the oldest still working Parliament in the world. Today, Thingvellir is a national park and considered a natural wonder on the UNESCO World Heritage list.  The locals at Fridheimar are greenhouse farmers, growing primarily tomatoes, and other vegetables using eco-friendly methods. Experience the diversity and freshness of Icelandic food and ingredients over a delicious lunch.

Then, it’s time to visit a geyser. Explore the geothermal pools around the geyser and see Strokkur erupt. If you miss a shot of the spouting geyser, then just wait 5 minutes and Strokkur will erupt again.  Proceed to the dramatic Gullfoss waterfall, the most famous in Iceland.

Later, visit a horse-breeding farm and meet the local horse farmer who will explain how horse breeding is done in Iceland. Afterwards you will go private horseback riding. The Icelandic horse is a "five-gaited" breed, known for its sure-footedness and ability to cross rough terrain.  Visit a private home and enjoy some authentic Icelandic food made by the family.

After a long day, head towards your accommodation in the south of Iceland, where you will check in for a four-night stay.

For today’s adventure, you’ll be driven along the south shore, where the rugged landscape offers up firsthand evidence of nature’s power. Explore waterfalls (one of which you can even walk behind), black sandy beaches,  steep cliffs, glaciers and other worldly lava formations. Pass by the Solheimajokull glacier tongue , which extends down from its mother glacier; Myrdalsjokull, Iceland’s fourth largest.

Also pass by the infamous Eyjafjallajokull Volcano that erupted in 2010, closing down air traffic over the Atlantic Ocean for a few days. The Thorvaldseyri Volcano museum shows the aftermath of the volcanic eruption.

Get up close to a glacier tongue for a walk on the ice wearing crampons for a good grip. Explore the crevasse-riddled glacier with its amazing ice formations, sink holes, and jagged ridges.

The day starts with a ride in a super jeep/SUV. Thorsmork is a remote area, impossible to reach by normal vehicles. It is surrounded by rugged and beautiful mountains, glaciers, and glacial rivers, lovely small birch woods, and silver-lined with humming brooks. The lush beauty of the area is well worth the efforts, making it a popular destination for nature lovers. Here there are over 170 species of plants, moss and lichen. The outlet glaciers tumble into the gullies, some of them becoming spectacular glacial lagoons.

After breakfast, set off with your guide again in a super jeep/SUV. Your destination is Landmannalaugar, though it may feel like you have landed on Mars. On the way, pass the Hekla volcano, cross lava fields, black ash and scoria deserts. Landmannalaugar is an area of great contrasts with black ridges against colorful mountains with shades of green, red, yellow and orange. The Fjallabak Nature Reserve derives its magnificence and diverse nature from Iceland’s active volcanic zone. Once in Landmannalaugar, take a guided hike in the nature reserve there to see stupendous ravines, steep rhyolite screes, rocky slopes, boiling hot springs, cold and clear springs, contiguous vegetation, light-colored alluvial plains, and miscellaneous hydrological conditions. Lunchboxes will be provided today. End the day with a relaxing hot bath in a natural pool.

Today, you will have a transfer to the airport for your flight north to Akureyri. You will be picked up by a driver at the airport and head to your hotel in the north.

Upon arrival, indulge in the culinary delights of Iceland. On fascinating visits throughout the Akureyri countryside and coastline, you will meet enthusiastic local food producers, farmers, fishermen, and brewers who will share with you their gastronomic knowledge, and food and drink. Try local blue mussels, beer, Icelandic beef, lamb, and homemade ice cream.

Enjoy a tasty lunch on the island of Hrísey before returning to your hotel for the evening.

This morning, head over to the town of Myvatn, on the way to the beautiful Godafoss waterfall. From this scenic waterfall, continue to Krafla Mountain, near the Krafla Power Station, which is unique in that it is powered by geothermal steam energy. Stop at Viti, or Inferno, an explosive crater on the slopes of Krafla. After visiting this volcanic location, travel on for a view of Hverir, with its sizzling and bubbling sulfur mud pots.

When in the north of Iceland, it is a must to visit the natural baths. The water has a temperature of about 130°C when it arrives at the huge basin beside the lagoon, forming an impressive, man-made hot spring. Though of course, there are cooler areas for bathing. The characteristics of the water are unique with their high concentration of alkaline minerals, well suited for bathing. Relax here before heading back to your hotel.

Today, explore the town of Akureyri and the famous Christmas garden. Here, a warm fire glows and crackles in the fireplace. Christmas melodies and fragrant aromas are in the air. On the outside, the fire-engine red house resembles a life-size gingerbread house. Inside are Christmas decorations from all over the world, along with traditional Icelandic Christmas items and handicrafts from local artisans. Head back to the airport for your return flight to Reykjavik where your driver will transfer you to your hotel.

Check out of your hotel this morning. Your driver will take you to the famous Blue Lagoon Iceland, close to the airport. The Blue Lagoon is a world-famous wellness destination. Its waters have unique properties that benefit the skin and relax the whole body. Then, transfer to Keflavik airport, where you will proceed to the airport terminal for your international departure flight. 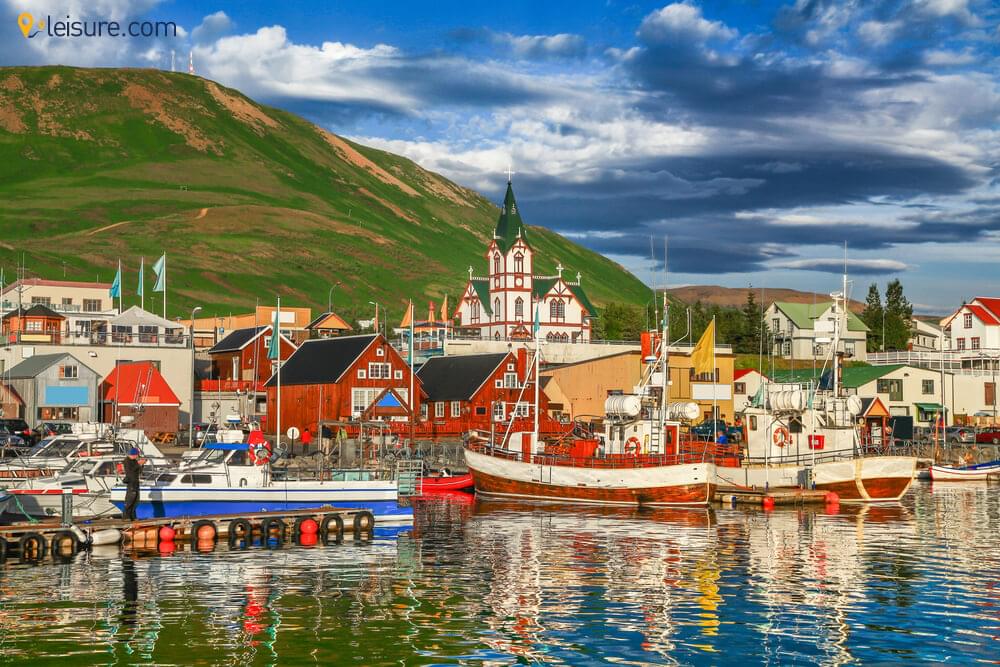 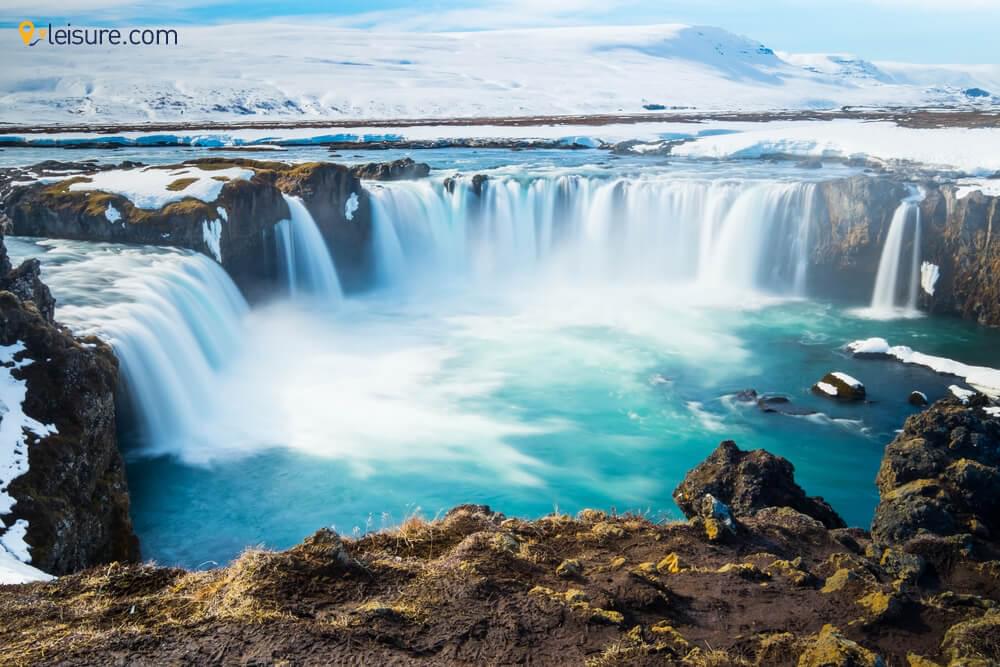 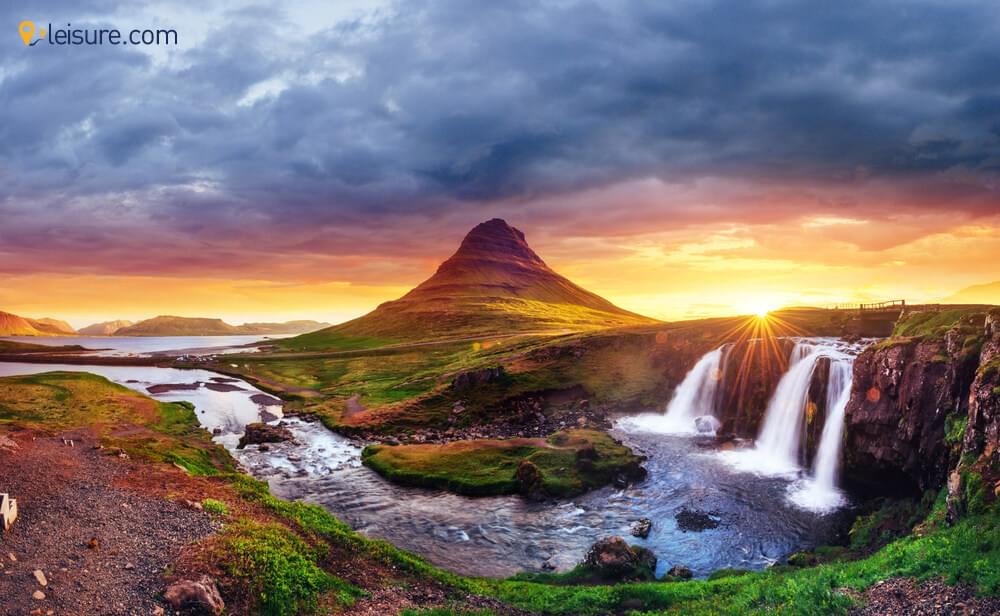 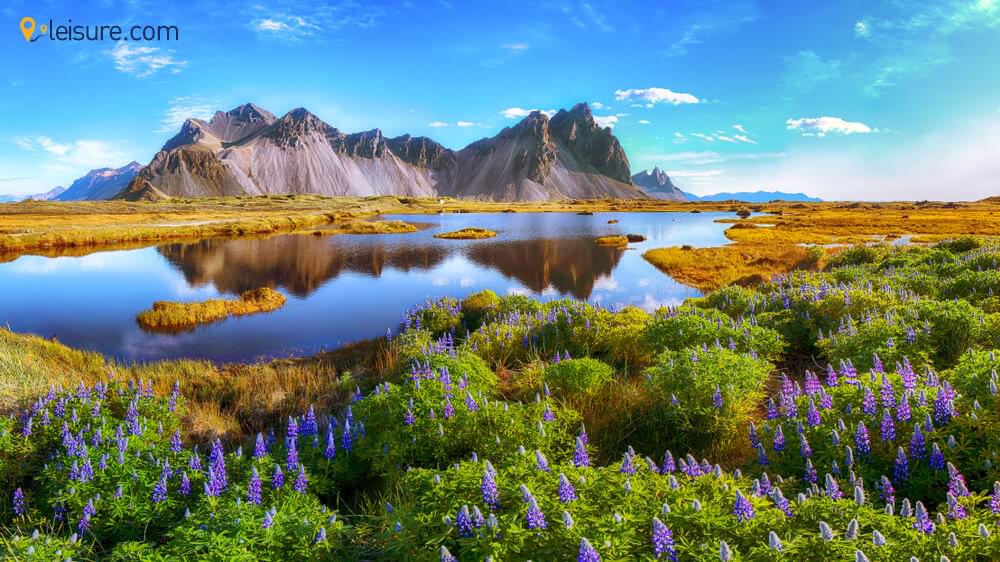