A Thrilling Guide on Places To Visit in Egypt 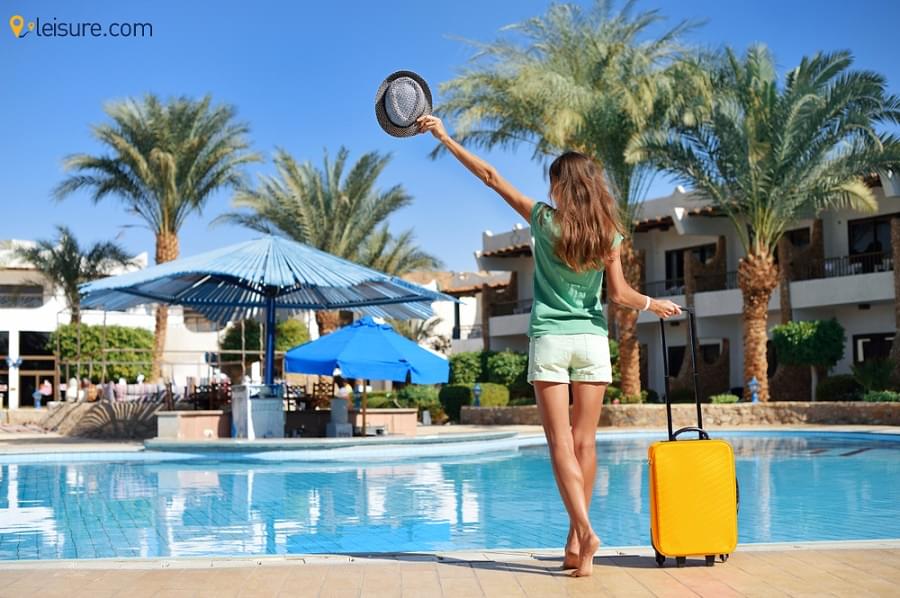 Egypt possesses innumerable attractions, ranging from temples to nature, to mummies, to huge pyramids. Egypt has a remarkably rich history that dates back to the beginning of civilization and as such, Ancient Egyptian society has left behind so many incredible sights, all somehow stunningly well preserved, in spite of the numerous tomb raiders that looted Egypt throughout history. Experience the wonders of Egypt in nine thrilling days with this helpful guide on ‘Places To Visit in Egypt’.

A Brief Look At The Egypt Tour

(Day 2): A Tour of The Majestic Pyramids & Saqqara

(Day 9): Returning Back to Cairo

Your Egypt tour begins as you land at Cairo International Airport. Your private guide will meet you at the airport and transfer you to your hotel situated in the heart of the city. After check-in, you can relax in the comforts of your hotel room or witness the beauty of the city from the rooftop.

Day 2: A Tour of The Majestic Pyramids & Saqqara

Today, you’ll tour the Pyramids at Giza Plateau. You’ll surely gaze in awe and admire the beauty at Cheops (Khufu), which is the largest of the three great pyramids. Built from about 2.5 million limestone blocks, the pyramid is thought to have taken over 20 years to construct. The other two pyramids, Chephren and Mycerinus are also equally impressive. Afterward, you’ll tour the tomb-strewn necropolis of Saqqara, which features King Zhoser’s step pyramid. Built by Imhotep, who was the pharaoh’s chief architect in 2700 BC, this used to be the template for all future pyramid construction.

This morning, you’ll travel to old Islamic Cairo and the Egyptian Museum, which is home to the most profound collection of ancient Egyptian antiquities in the world. Undoubtedly the most popular exhibit is the splendid solid gold funerary mask of the boy-King Tutankhamen. A complete gallery is devoted to the treasures which were unearthed by Howard Carter at Tutankhamen’s tomb in the Valley of the Kings in the year 1922. This evening, you’ll board an overnight sleeper train to Aswan.

Today morning, you are going to reach Aswan and transferred to your hotel. Later in the afternoon, visit the Philae Temple and Aswan High Dam. Philae temple, which is dedicated to the goddess Isis, was retrieved in an enormous UNESCO effort in the 1970s. Because of high levels of water in the reservoir constructed by the Old Aswan Dam and further aquatic drama because of the formation of the mighty High Dam, Philae temple had to be relocated stone by stone on higher ground on the nearby Agilika Island.

Today, take a short flight down south in order to explore the temples of Abu Simbel, which was created to revere the mighty pharaonic ruler King Ramses II. Guarding the entrance to the temple hewn into the side of a mountain are Four famous colossal statues of the pharaoh are guarding the entrance to the temple hewn into the side of a mountain. In a fit of architectural wisdom, Ramses II had the entire temple cautiously angled and oriented in such a way that the rays of the sun would align two times in a year on his date of ascension to the throne as well as on his birthday and illuminate the inner sanctum of the temple. The other rock-cut temple at Abu Simbel is the Temple of Hathor, which is guarded by six giant standing statues. Four of these represent King Ramses II, while the other two are of his beloved wife - Queen Nefertari. Famously, both temples had to be relocated in a multi-million dollar operation in the year 1972, further up from the shoreline of Lake Nasser. On returning back to Aswan, you will have some leisure time to do some shopping in the vibrant souqs and markets or simply relax in this beautiful town which straddles the River Nile. Later in the afternoon, you can board the luxury Nile cruiser for your night cruise up the River Nile.

Days 6-7: Cruising in the River Nile

Relax and absorb the stunning riverside village views perched on the top deck of the cruise! There will be a stop at the waterside Temple of Kom Ombo. On the next day, there’ll be an onward cruising and then arrival at Luxor. This evening, visit Luxor Temple.

Today, you’ll disembark at Luxor and traverse the best of Ancient Thebes; Temple of Hatshepsut, Valley of the Kings, Valley of the Queens, and later Karnak temple. Karnak is a marvelous myriad of sanctuaries, chapels, pylons, halls, and obelisks, which are all dedicated to the Theban Gods and also to the greater glory of Egypt’s Middle and New Kingdom rulers. This evening, you’ll board an overnight sleeper train to Cairo.

Day 9: Returning Back to Cairo

Today, you’ll return back to Cairo. Later on, you’ll be transferred to the international airport for your onward journey back home. 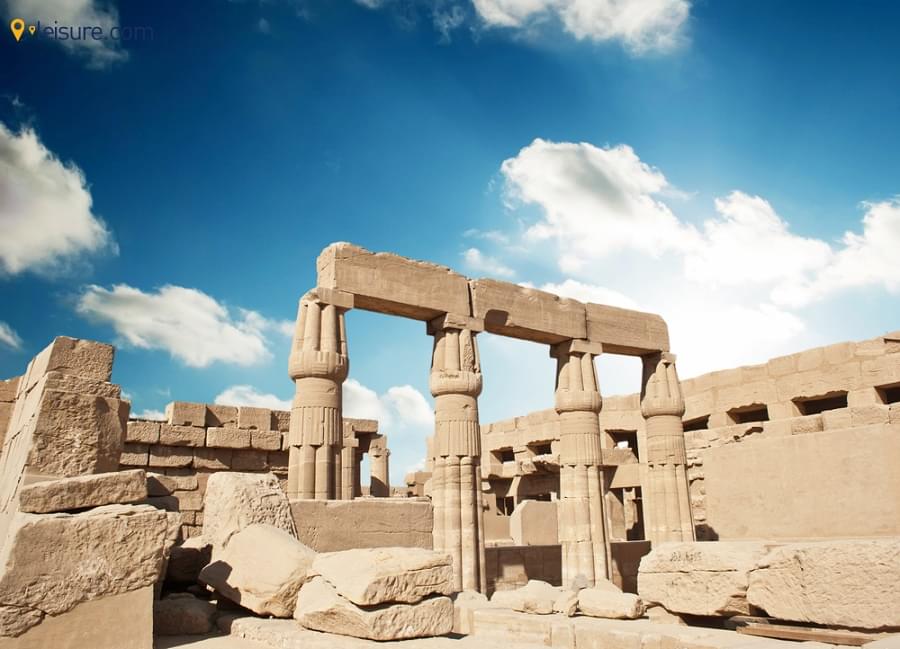 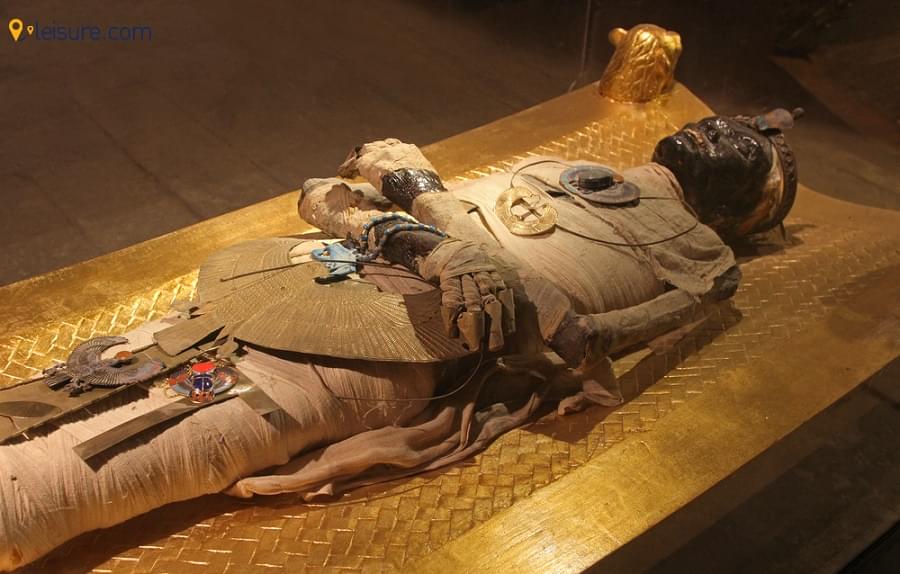 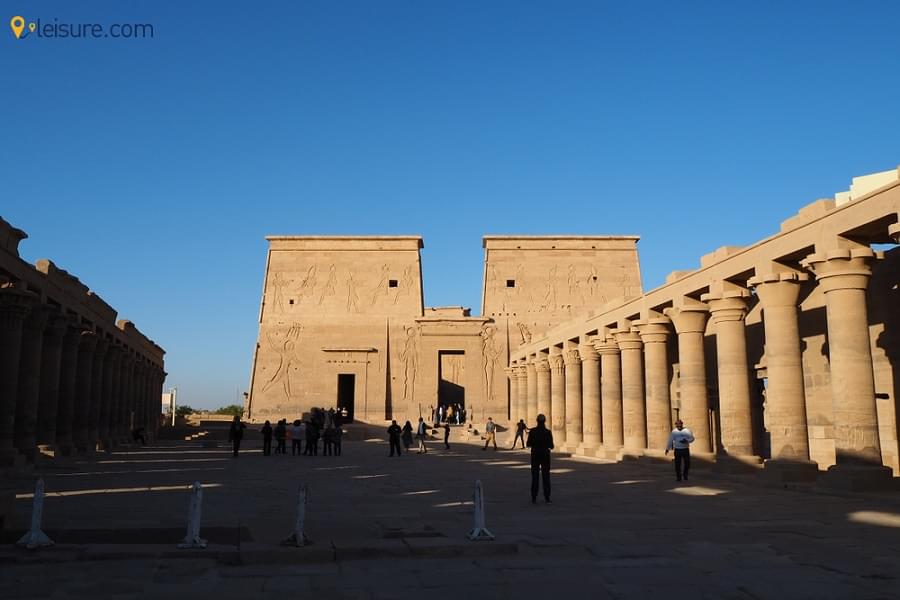 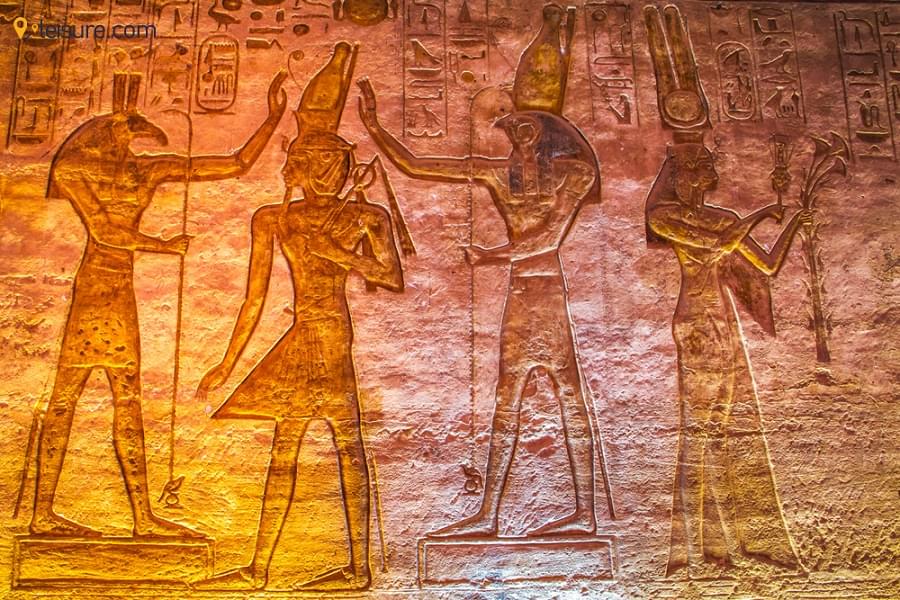 Leisure customizes the price of the tour based on the basis of your travel dates, final accommodation choices, and other custom preferences.