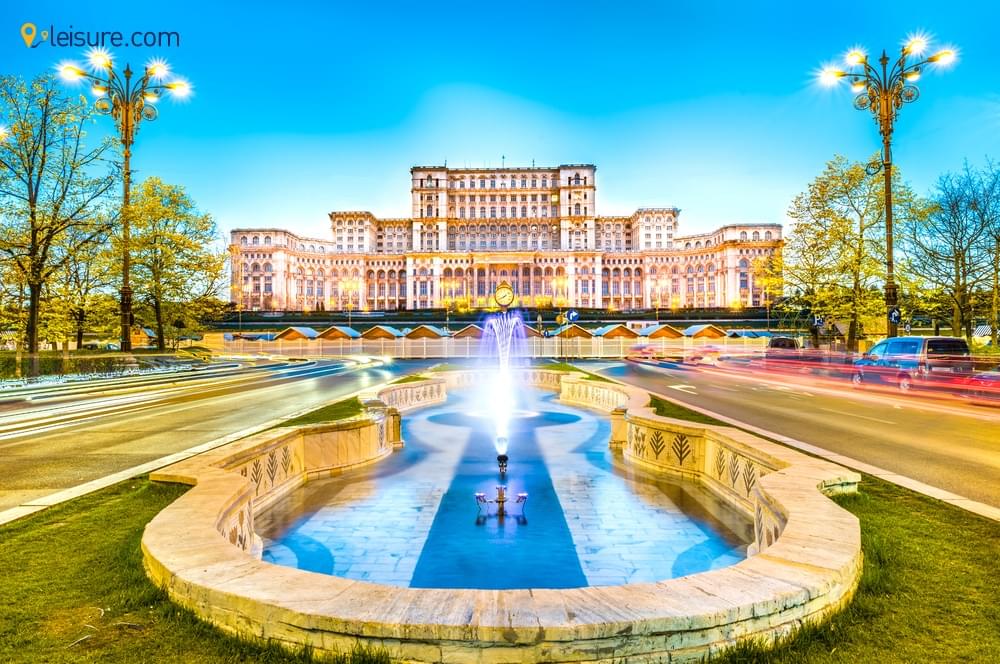 If you are vacationing in Europe, you shouldn’t limit yourself within one country. The best way to travel to Europe is to visit multiple countries to enjoy the most out of your vacation. This tour includes highlights from four countries; Romania, Bulgaria, Turkey, and Greece where you will find the real taste of South-eastern Europe. Travelers in South-eastern Europe also admire the coastal beauty of Bulgaria, the historical remains of Bulgaria and the dazzling cities of Bulgaria.

This tour will start in Bucharest, the capital city of Romania. This is the best way to travel to Europe as you will get the opportunity to explore four countries in South-eastern Europe. There will be spare time to explore each location with comfort. From Bucharest, you will head to Constanta, another great Romanian city before you cross the Romania-Bulgaria border. We will explore four Bulgarian cities Varna, Nessebar, Plovdiv, and Sofia. Before heading to Greece we will have a short trip to the Turkish capital Istanbul. Finally, we will reach the Greek capital Athens where our tour will end.

Welcome to Bucharest the capital of Romania. We will explore the city with its vibrant commercial streets and cozy cafes, the intimate beer houses and restaurants, the beautiful monuments and several parks. Your city excursion will start with a journey through Piata Unirii (Union Square), and you will proceed to the Palace of the Parliament, the largest construction in Europe, currently housing the Romanian Parliament. Also known as the People's House, the vast building is 12 stories tall and has 8 underground levels, with the lowest one being an anti-atomic bunker that is linked to the main parts of the city through 20km of catacombs.

The Palace of the Parliament's volume surpasses that of the Great Pyramid of Giza by 2%, thus some regard it a "pharaonic" construction. Due to its massive weight, the building sinks underground by 6mm each year.

On the second part of your Bucharest city excursion, your guide will take you through Calea Victoriei, one of the most significant arteries of Bucharest, extending over an area of more than 2,700 meters. The panoramic tour will show you to some of the most exceptional landmarks in the area, from Piata Unirii to Piata Presei Libere and to Piata Victoriei.

Our last visit will be at Bucharest's Village Museum, an authentic time portal to the field of traditional villages developed in a unique architectural style. Even though it is situated in the heart of Bucharest, near Herestrau Park, the surrounding nature encourages you to escape the noise and the rush of the city. Our last stop is at the Village Musem which is an attraction you just can't miss.

After visiting the Village Museum, your day excursion in Bucharest will come to an end, and we will drive you back to your hotel in Bucharest.

Today we will head to the coastal Romanian city of Constanta. Constan?a is a port city on the shores of the Black Sea, in southeastern Romania. Its rich history, which goes back over 2,000 years, is documented at the National History and Archaeology Museum, near the port. The neighboring Roman Mosaics complex exhibits tiled floors dating back to the 4th century A.D. Nearby, the Grand Mahmudiye Mosque is decorated with a vast Persian rug, while its towering minaret overlooks the city. In the afternoon we will reach the Romanian-Bulgarian border at Varna Veche border point to cross the border. Then we will enjoy a scenic journey along the beautiful cliffs of Bulgarian Black Sea coast.

Today we ‘ll explore Bulgaria’s third-largest city Varna. There’s a lot to do with loads of shops, restaurants, and entertainment lining the streets. The bustling city is packed with traditional Bulgarian charm that can be viewed through the unique customs, architecture and beautiful cathedral. After taking in the amazing Bulgarian heritage, have a leisurely walk among the cute little shops and markets or walk down to the aquarium to see the exotic fish. In the evening we will take 2 hours drive to reach Nessebar.

Often regarded as the Pearl of the Black Sea, the historic city of Nessebar dates back to antiquity when it was established as a Thracian settlement known as Menebria. Greeks, Romans, Byzantines, Bulgarians, Crusaders, and Ottomans all took curves reinforcing the ancient city, and the narrow peninsula on which it is placed. Today a stroll on its cobblestone streets will bring you to remains of some 40 brick churches, dating back as far as the 5th century. The charming city is such a great site it’s recognized by UNESCO as a World Heritage Site. In the evening we will take two and a half an hour drive to reach Plovdiv.

We will visit the most exciting landmarks in a town like The Old Plovdiv - an architectural and historical reserve, located on the Three Hills. Here charming houses of the National Revival period stand close to remains from antiquity and Bulgarian Renaissance churches. The Roman Theatre from the 2nd century that we encounter on our way has been reestablished and is being used even today for different events and festivals. The tour continues down to the partly open Roman Stadium and the 14th-century Djumaia Mosque. At the end walk along the long and pretty main pedestrian commercial street with several cafes and shops to feel the unique laid back atmosphere of this dramatic city. In the afternoon we will take 5 hours drive to cross the Bulgaria-Turkey border and reach Istanbul, the capital of Turkey. On arrival, we will head straight to our hotel to take rest for the rest of the night.

There are many places in Istanbul to visit. And, these wonderful places cannot be missed when you are in Istanbul…

Aya Sofya: This is believed to be one of the greatest buildings in the world. In the 537, this building was built as a Church, which later converted in 1453 as a mosque. And, in 1937, it was declared as a Museum. This is an amazingly beautiful structure that you cannot miss.

Topkapi Palace: For around 400 the Topkap? Palace has been the court of the empire of Ottoman. This is the oldest edifices to survive to date. Since 1985, this edifice has been included in the list of UNESCO world heritage sites.

Sultanahmet Camii (Blue Mosque): Not only this particular mosque is famous for being the place for visitors, but it’s also an active mosque and is closed every day for an hour, for visitors. It’s one of the ideal locations in Turkey where you will need your camera ready.

Grand Bazaar: This building was constructed in the year 1461. And, it is now considered as one of Turkey’s Largest Covered Market. You will love the shops and shopping here.

Galata Tower: In the entire Istanbul, this 67-meter tall building is considered as one of the most stunning landmarks in Istanbul. Climbing atop the Galata Tower balcony will give you a wonderful view of the entire city.

Coffee and Turkish sweets at Hafiz Mustafa: You are committing the biggest mistakes of your life, if you are coming here in Turkey and not munching on a cup of Turkish coffee and some local desert. And, Hafiz Mustafa is the right place for all this!

After finishing your coffee head straight to your hotel and take rest to get yourself ready for tomorrow’s 5-hour journey to Sofia.

Today morning we will drive for 5 hours to return to Bulgaria in its capital city Sofia. We will go for a panoramic view of the main sights of Sofia in a mini-van. You will pass by Alexander Nevsky Cathedral, which is the largest cathedral in Bulgaria and the second in the Balkans. After that, you will proceed to Narodno Sabranie Square. In the center of the square is located the grand statue of Tsar Osvoboditel, King Liberator. The journey continues with a panoramic ride by the Russian Church and the National Theater, the Presidency and the Council of Ministers. After that, you will visit The National Palace of Culture and the National Stadium Vasil Levski. The stadium is located in the biggest park in Sofia, Borisova Garden near Ariana artificial lake. At the end of this panoramic tour, you will go to a traditional Bulgarian restaurant, which is placed in the heart of Sofia. Here you will enjoy dinner, which comprises of typical Bulgarian meals along with a wonderful show with traditional Bulgarian dances and music.

Today after breakfast we will cross the Bulgarian-Greek border at Kulata to reach Thessaloniki, known as ‘second city’ of Greece. Thessaloniki is a Greek port city located on the Thermaic Gulf of the Aegean Sea. There is much evidence of Roman, Byzantine and Ottoman history remains, particularly around Ano Poli, the upper town. The remains of Roman Emperor Galerius’ 4th-century palace hold the Rotunda that has been both a church and a mosque. Much of the city center was demolished in the Great Fire of 1917. The restored 20th-century city has a modern European design.

Today morning we will take 5 hours drive to reach Athens, the Greek Capital city. Athens was at the heart of Ancient Greece, a great civilization and empire. On arrival, you can take rest in your hotel or explore the city yourself. Tonight we will enjoy traditional Greek cuisine for dinner.

Today is reserved for exploring Athens, which is one of the most beautiful cities in Europe full of history and traditions. This city will allure you with its colorful small streets, traditional food, Greek music, and stunning sunsets upon the Acropolis. Explore entire place in the daytime and in the evening, come back to your apartment and take some rest. You can either have your dinner at the place you are staying in or the near food place that offers traditional food cuisines. The fifth day of the trip calls for exploring the Agora was the seat of justice and power in Athens in ancient times. The place where democracy was born in Greece, it was a bustling marketplace as well as where people met to talk about politics, trade, commerce, daily life, and other topics.

Today is the last day of your tour. We will transfer you to the Athens airport for your home flight. Now you can suggest to your friends about the best way to travel to Europe. 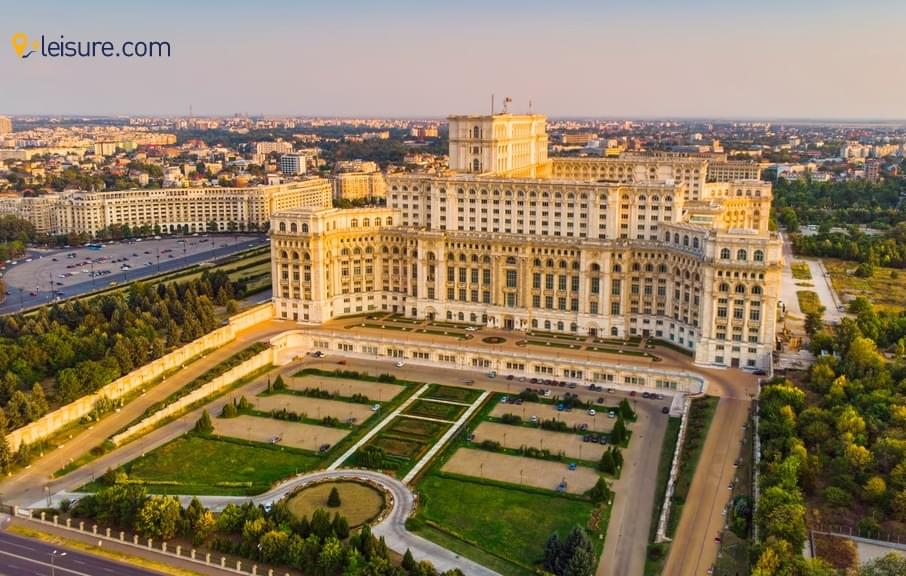 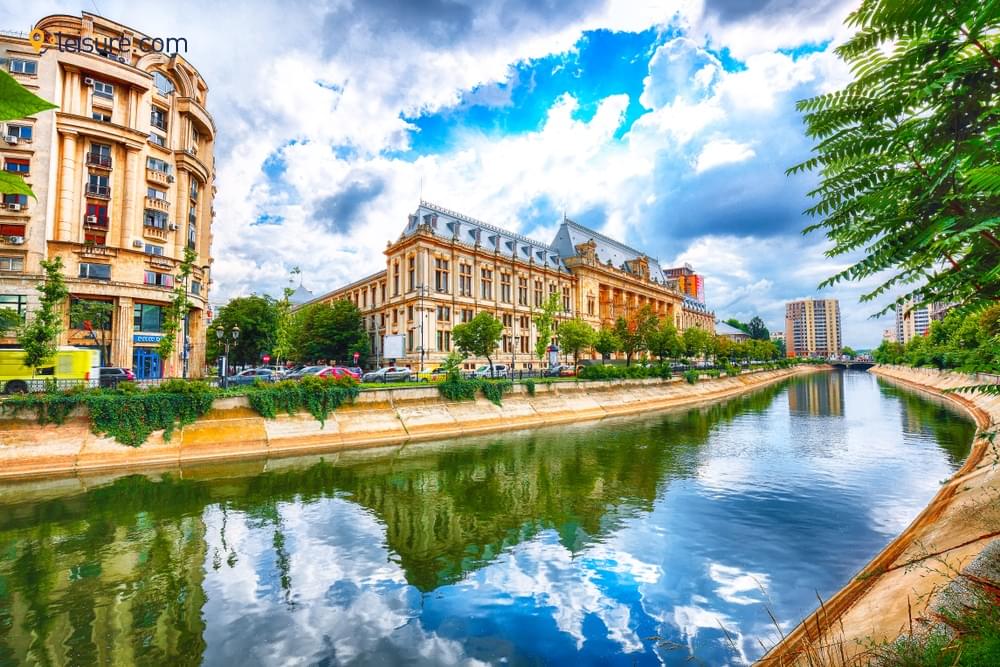 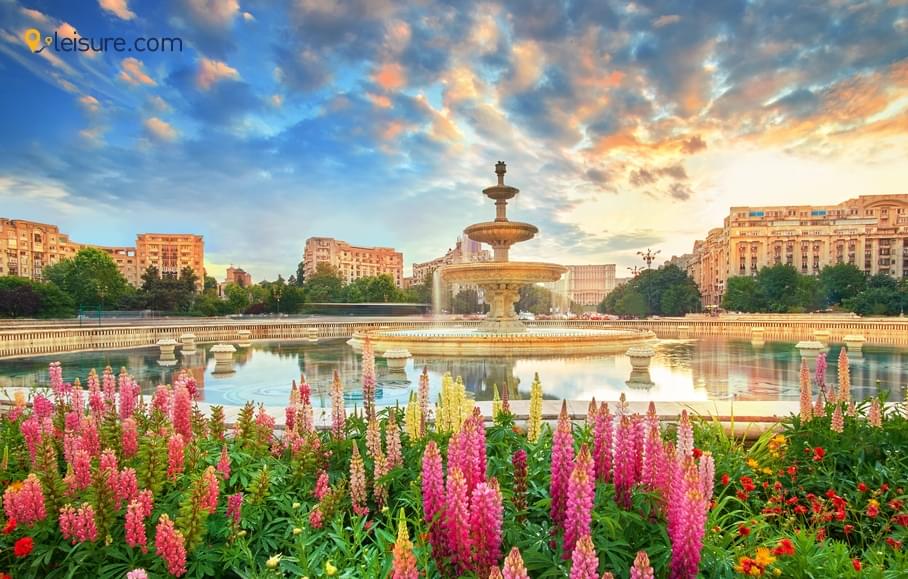 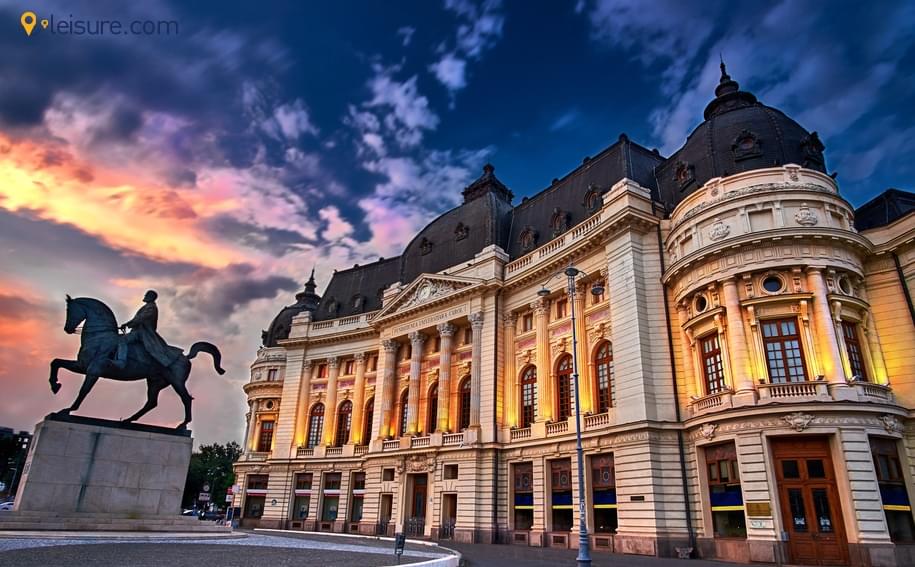