Enjoy The Scenic View Of Bhutan In A 8 Days Tour 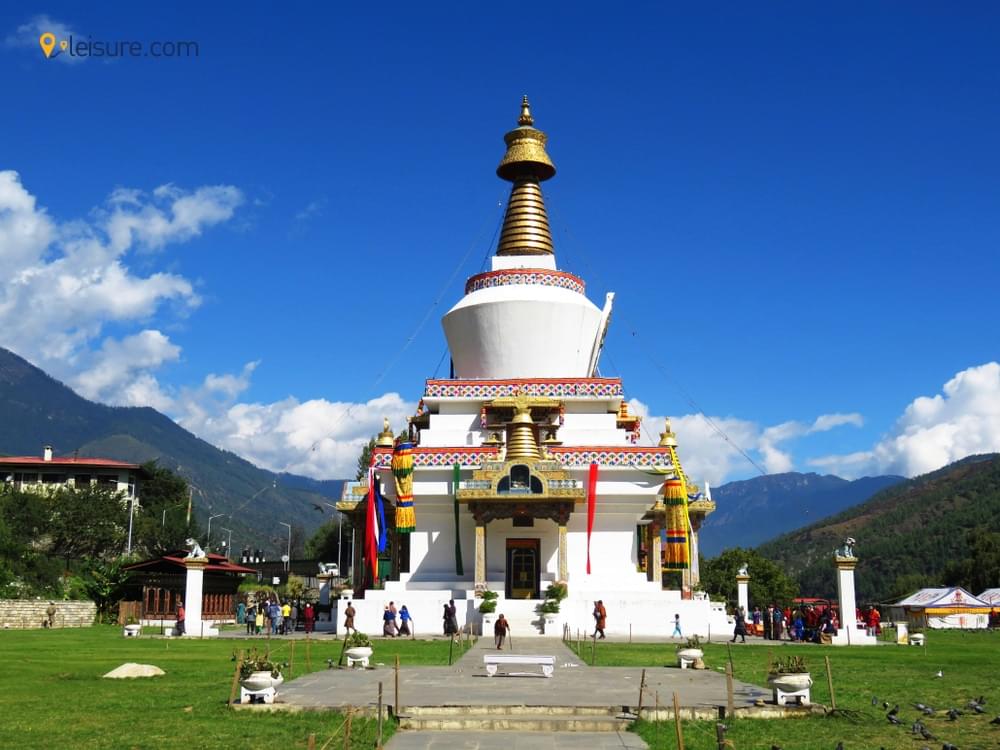 Bhutan has rich cultural heritage, religious history, stunning landscapes and unique Bhutanese ways of life. This scenic  8 days holiday covers Bhutan’s 'must see' highlights. Tour begins in the scenic Paro Valley, and return to Paro via Thimphu for your journey back home.

Monasteries—often massive and commanding—abound; monks, when not in prayer or meditation or chores are often found playing board games, sharing stories, laughing or all three. Archery is the national sport and green chili peppers together with ‘cheesy sauce’ is the national dish. Ask any resident, and likely you'll find they truly do love their king and queen.

Arrival! After disembarking at the airport, you’ll meet your chauffeur for the one-hour drive to Thimphu and check-in to your hotel. With the formalities behind you, and perhaps a rest and freshen up, you will be free to explore the city.

Punakha Today’s journey to Punakha will take at least two and a half hours as your vehicle climbs upward! Fortunately, the Dochula Pass neatly bisects the itinerary. If the weather is clear you might see the superb views of Bhutan’s Himalayas, but don’t hold your breath: mist is more likely.

However, there’s much more! At the peak is a remarkable stupa (spiritual monument) consisting of 107 small chortens and one large one. On a wide bank, myriads of ethereal prayer flags flutter amongst the pines. Be the weather bright, foggy or pouring in the rain, it’s stunning.

Throughout the aeons, prayer flags have played a vital role in Bhutanese people’s traditions. They are erected for manifold purposes, but mainly for happiness, long life, prosperity, luck and merit. The flags are believed to guide the soul of the dead from the netherworld and to prevent it from being reborn in the three lower realms.

Prayer flags can be lifted on tall straight poles outside homes and hilltops, hung on bridges and trees and other places of spiritual significance, inscribed with auspicious symbols, invocations, prayers, prints of Buddhist protectors and enlightened beings.

After completing the rest of the morning’s trip and checking in to your hotel, lunch in the town will be waiting.

Next will be a visit to Punakha Dzong. Built in 1637, it’s regarded as one of the countries most dazzling building and is shrouded in prophecy and legend. Entrance is via a large covered cantilever bridge. Nearby and strategically, the two rivers below, Pho Chu and Mo (female and male respectively) converge.

Afterwards, a visit to a farm house in one of a typical village in Punakha will illustrate the lifestyle of rural Bhutan. You will be served various snacks and tea in the farmhouse followed by Bhutanese local wine as the merriment draws into the evening.

Phobjikha day excursion An early breakfast is required for the two and a half hour drive to reach the attractions of this valley on time. Your first visit will be to the Gangtey monastery. Founded in the 15th century, it’s one of the Nyingma monasteries (the oldest of the four major schools of Tibetan Buddhism).

The Gangtey monastery is situated on the top a hill on the valley floor inhabited, mostly by gomc hens (lay monks) and their families. The entrance displays a large painting of Hayagriva (a horse-headed deity in both Hinduism and Buddhism). The central tower contains paintings of cosmic Mandalas (a Sanskrit word meaning ‘circle’), a Wheel of Life, Zangto Pelri (festivals) and other rare artefacts and rites, all of religious origin.

From the monastery, a few more kilometres will take you to the Phobjikha Valley below the monastery. In winter you might meet one of the world’s rarest birds in its roosting area, the Black Necked Crane. From there, it’s time to return to your hotel.

Thimphu A gentler drive this time, 135 km from Phobjikha to Thimphu, will take you to the country’s capital. After check-in at your hotel and lunch there will be time to wander, perhaps visiting the handicraft emporiums and shops for souvenir shopping.

In the early evening (5pm), you’ll visit Tashichho Dzong. Built in 1661 on the site of an earlier Dzong, it dominates the city and is home to government departments and the headquarters of the Central Monastic Body. Rebuilt in 1961-62, it houses a two-storey statue of Buddha, wall paintings depicting the twelve stages of Buddhahood, and columns of Kanju and Tenju (Buddhist scripts that embody the dominance of religion over politics).

Sightseeing! The school of Arts and Crafts is a good beginning to introduce Thimphu’s many attractions. It was established to preserve and promote Bhutan’s ancient traditions and is now a thriving enterprise. The students are taught thirteen different traditional arts to a high quality: all items must follow the original time-worn designs precisely.

Nearby is the Folk Heritage Museum. It’s a cornucopia of antiques from the prayer wheel to the remarkable toilet for dignitaries. In fact, the house offers some living traditions in the form of houses in both rural and urban areas, still being built.

Next, and close by, is the National Library, a lexicon of old records, letters and photographs, as well as rare and important books and manuscripts, mostly focused on sacred items.

The ‘mini zoo’ high in the pines above the city is certainly ‘mini’: there’s only species! The occupiers are Takin, Bhutan’s national animal and highly endangered, hence a wide protection area. A drive to see a few creatures might seem uneventful, but the Takins have an interesting story, the views are good and the nearby ravine is often full of flowers and birds.

After lunch, you’ll visit a factory manufacturing traditional hand-made paper. The raw material is produced from the bark of two species of trees and the method involves no chemicals. The time honoured process is straightforward, stripping, drying, soaking and pulping dried by the sun. It’s fascinating and you won’t be pressured to buy anything.

Finally, you’ll visit the Memorial Chorten, built in in 1974 to honour the memory of the Third King, Jigme Dorji Wangchuck, considered the Father of Modern Bhutan,. The religious paintings and complex tantric statues reflect both the peaceful and wrathful aspects of Buddhist deities.

Originally a watchtower and Dzong built in 1641, Bhutan’s National Museum is now regarded as one of Asia’s best. The numerous galleries and collections of arts and artefacts are carefully protected and identified. Take your time: Bhutan is laid out before you!

Next is another historical fortress, Drugyel Dzong, but this one is in a sorry and ruinous state. Surprisingly, in view of its instrumental role in repelling the Tibetan invasion of 1649, this once mighty Dzong seems to have been largely ignored by conservation and is collapsing into a dying ruin, but nevertheless shares its haunting memory among the beautiful hills.

Paro Tiger’s Nest hike. After breakfast, you’ll be driven upwards through the pine trees until the road peters out and your hike up the hill begins. Walking time will be around five hours for a round trip.

Dizzyingly perched on the face of a cliff 800 metres above the Paro valley,Taktsang monastery, commonly known as the ‘tiger’s nest’, is one of the most appealing destinations in all Bhutan. It’s a steady climb, but soon enough, you may find yourself puffing.

Horses are available and for those who unable to reach the monastery on foot; a Cafeteria halfway offers a magnificent view.

It is a memorable spiritual experience, even for those of other faiths or none at all. In Bhutanese legend, it is said that the great Tantric master, Guru Padmasambhava, flew in here from Tibet on the back of a flying tigress to propagate his teachings in Bhutan. The stunningly dramatic scenery will soon conspire with your imagination to induce believability in this fable!

Departure. Our guide and driver will take you to the airport for you your departure. 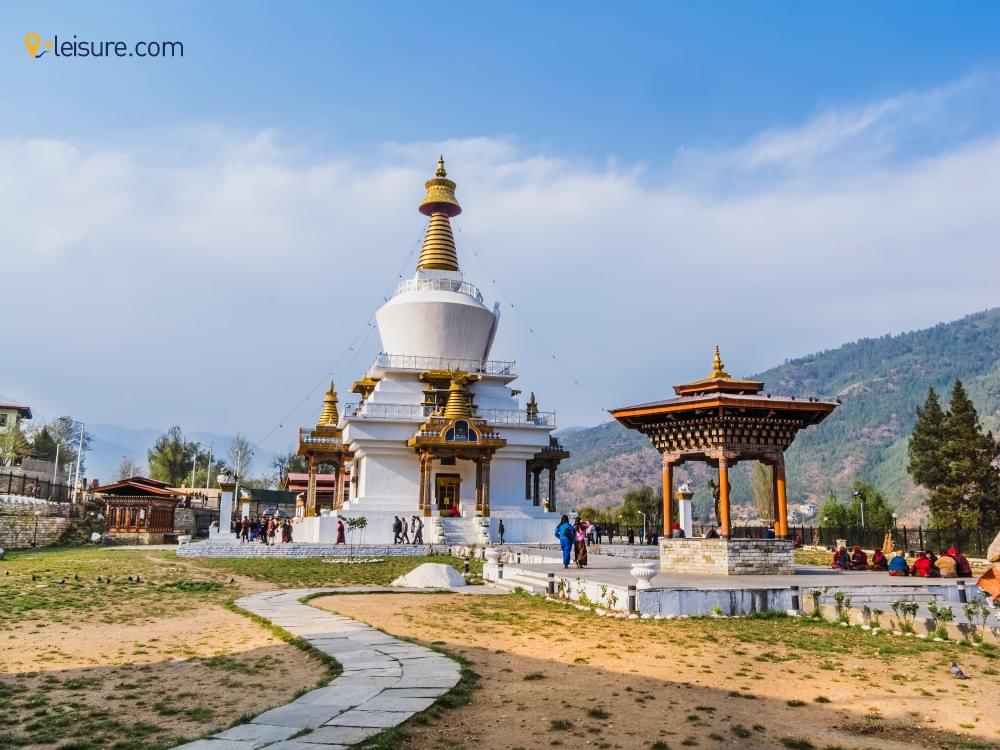 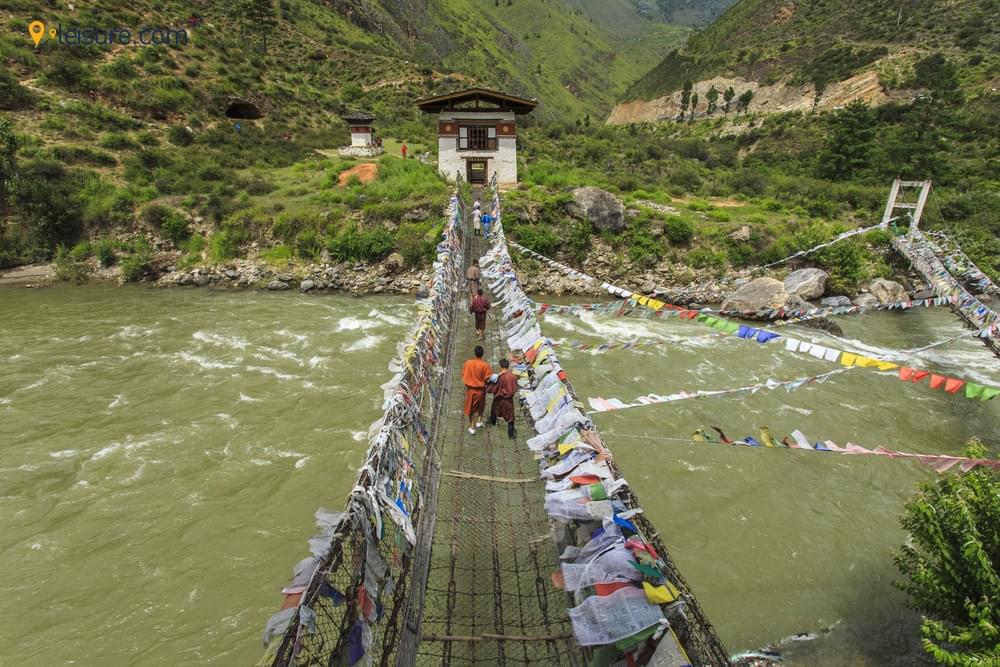 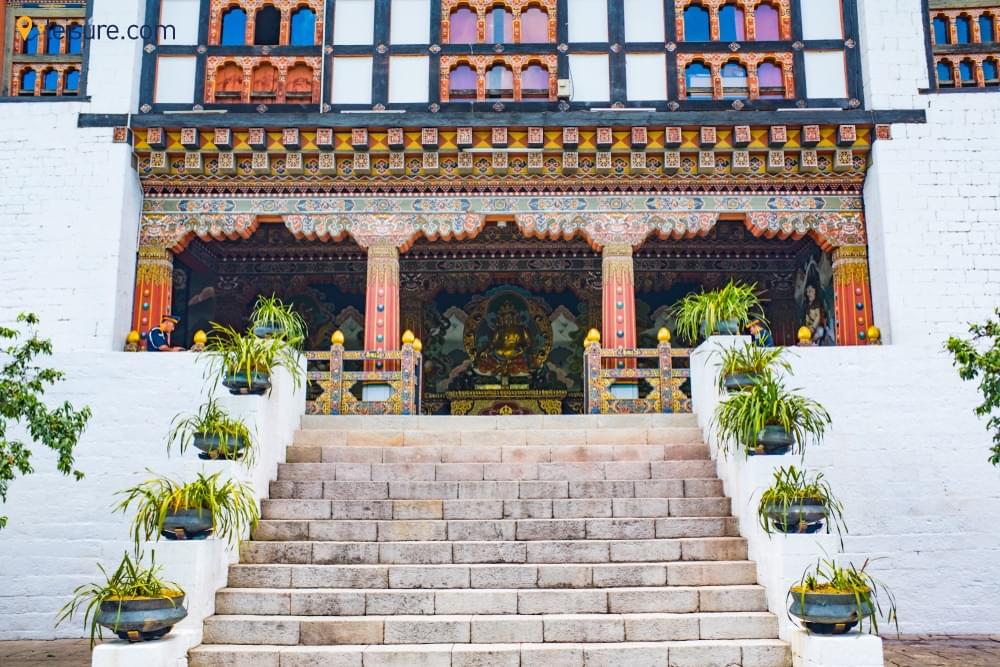 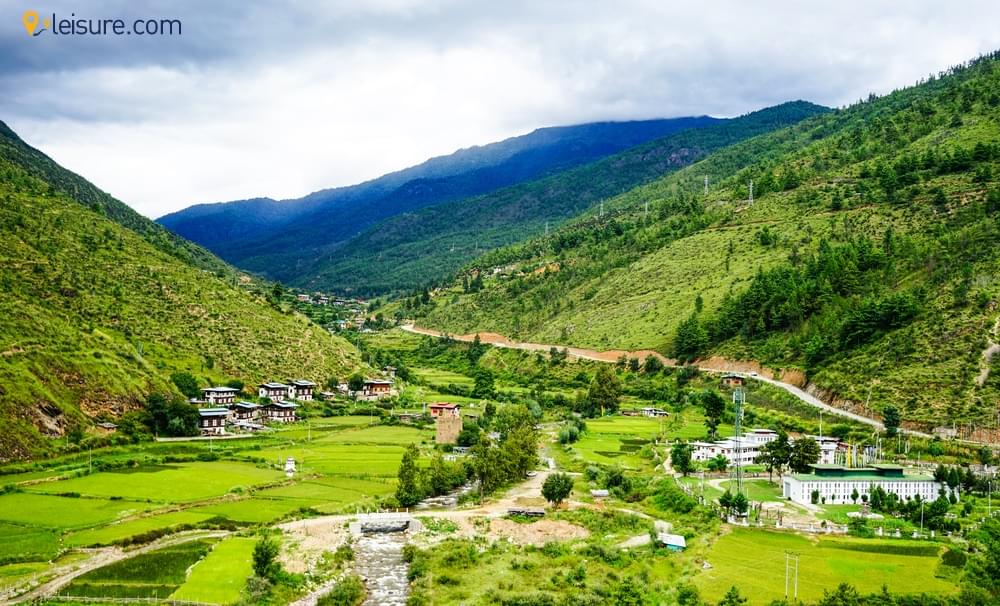