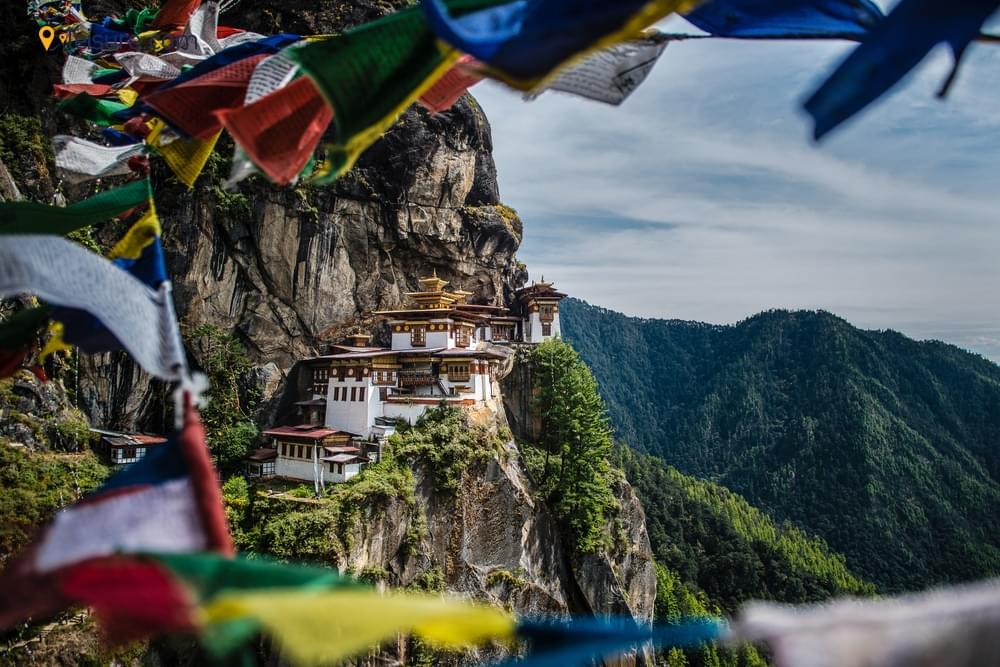 Day 2 - Cheri Goemba and the Choki School of Arts

Day 4 - Transfer to Punakha and Temple of the Divine Madman

Along the lofty ridges of the Himalayas lies the Kingdom of Bhutan - a remarkable land whose well-preserved countryside, architecture, and rich culture make it seem lost in time. Its capital city, Thimphu, is said to be the only world capital without traffic lights. Our walks in Punakha reveal impressive dzongs, and Paro's location along ancient trade routes is evidenced in its rich culture and unique monasteries, including the beautiful Tiger's Nest.

Our flight from Bangkok, Thailand into Bhutan provides spectacular views of Bhutan's landscape as we approach the airport in the Paro Valley. The valley is a green bowl surrounded by jagged Himalayan mountains and forested hillsides, crossed by beautiful rivers, and dotted with medieval fortresses. The first thing that we notice as we disembark in Bhutan is the absence of noise and a feeling of peacefulness that is rare in most other Asian cities. The Paro Valley has kept its bucolic nature and is one of the most scenic valleys in Bhutan. The houses are considered to be among the most beautiful in the country, and Paro is believed to be one of the first valleys to have received the imprint of Buddhism.

We are greeted with a warm Bhutanese reception and transferred to the capital city of Thimphu and home to Bhutan's royal family, the Wangchuks. Before becoming Bhutan's official national capital in 1961, Thimphu was simply a rural farming valley. Upon arrival at our first hotel we enjoy a light lunch and afternoon tea before setting out with our guides for a brief introduction to Bhutanese culture in downtown Thimphu. We return to our hotel and relax with an orientation meeting and welcome dinner of Bhutanese cuisine.

DAY 2 - Cheri Goemba and the Choki School of Arts

This morning a short drive through the countryside surrounding Thimphu brings us to the Jigme Dorji Wildlife Sanctuary, the largest protected area in the country. The park is home to several endangered species including the takin, snow leopard, blue sheep, tiger, red panda, and the Himalayan black bear. More than 300 species of birds have been cataloged within the park. Our walk begins from the small village of Dodena. Our trail starts by crossing a covered bridge over the Wang Chhu and we climb steadily to Cheri Goemba, a small monastery perched on the hill with a view over the Thimphu Valley. Shabdrung Ngawang Namgyal built this monastery in 1620, and this is where the first community of monks in Bhutan was established. The monastery is considered very sacred as it contains the ashes of Tempi Nima, the father of the first Shabdrung of Bhutan, and beautiful frescoes of Buddhist saints.

After our visit to the monastery, we descend back the way we came, keeping our eyes open for the goral (wild goat) that are often spotted on the cliffs nearby. Back at the village of Dodena we follow a riverside trail via Begana to Cabesa, home to the Choki School of Arts. The Choki School is private and provides free skills-related education in the traditional arts and crafts of Bhutan to Bhutanese children who are unable to attend or complete their formal education. After visiting the school we continue along the riverside trail and pass through small rural villages before returning to Thimphu. Dinner this evening will be Asian-Bhutanese cuisine at one of the finer restaurants in Thimphu.

Small and secluded, Thimphu is unlike any other world capital. The city is quiet and there are still only a few streets, no traffic lights, and none of the traffic problems common to other Asian capitals. Thimphu is a city ideally explored on foot, and our walk today takes us between its many interesting sights. Before the day is through, we may visit the newly built textile museum, the Thimphu Dzong (seat of the government and main monk body), the School of Traditional Arts and Crafts, the Heritage Museum, and the Handicrafts Emporium, displaying the rich traditional crafts of the kingdom. Along the way we stop at a local restaurant for lunch before continuing our walk through the city, and returning to our hotel late afternoon.

After breakfast, we say goodbye to Thimphu and transfer to Punakha, our home for the next two nights. The road to Punakha crosses the Dochula Pass (10,230 ft), offering a great view of the eastern Himalayan mountains. From the pass our road descends through magnificent pine and rhododendron forests and wanders through some of Bhutan’s most picturesque countryside. The climate here makes a dramatic change from alpine to semi-tropical, where cacti, banana trees, and orange groves thrive.

On our road to Punakha we stop in a small village where a short walk brings us to Chime Lhakhang, a temple dedicated to the Lama Drukpa Kunley. Drukpa Kunley is one of Bhutan's favorite saints, and is more commonly known as the "Divine Madman." He traveled throughout Bhutan and Tibet using songs, humor and outrageous behavior to dramatize his teachings, believing that the stiffness of the clergy and social conventions were keeping people from learning the true Buddhist teachings. This site is still believed to hold fertility powers for women wanting to conceive.

This morning a drive through the Punakha Valley brings us to where we begin our walk by first ascending a series of switchbacks to the Namgyel Khamsum Yuley Temple. From the viewpoint at this modern temple we are afforded grand views of the Mo Chu River Valley below. We descend from the temple and follow a well-worn path down the valley through rice fields and small villages. Along the way we are rewarded with stunning views, the terraced rice paddies providing an exotic backdrop to the river below. After enjoying a picnic lunch alongside the river, we continue our walk to the Punakha Dzong. Constructed in 1637, the Punakha Dzong was the second of Bhutan's dzongs and for many years it served as the seat of the government. Today it is the home to Bhutan’s spiritual leader, the chief abbot Je Khenpo, who resides here with 1,000 monks during the winter months due to Punakha Is relatively low altitude by Himalayan standards (4,000 feet). From this spectacular dzong we can look back to see the Namgyel Khamsum Yuley Temple perched on the hillside far in the distance.

A short walk from the dzong takes us to our vans, waiting to shuttle us back to our hotel for the evening. 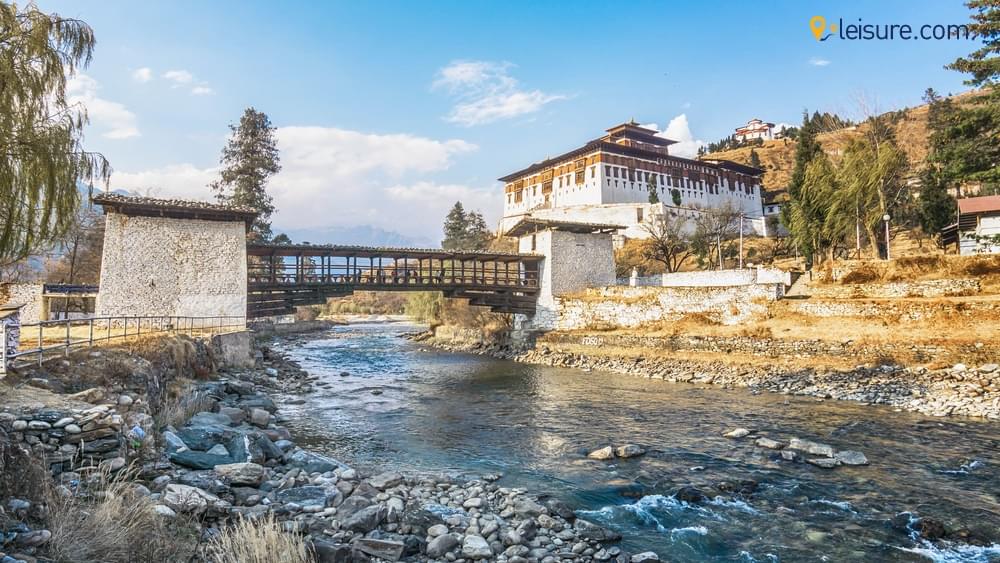 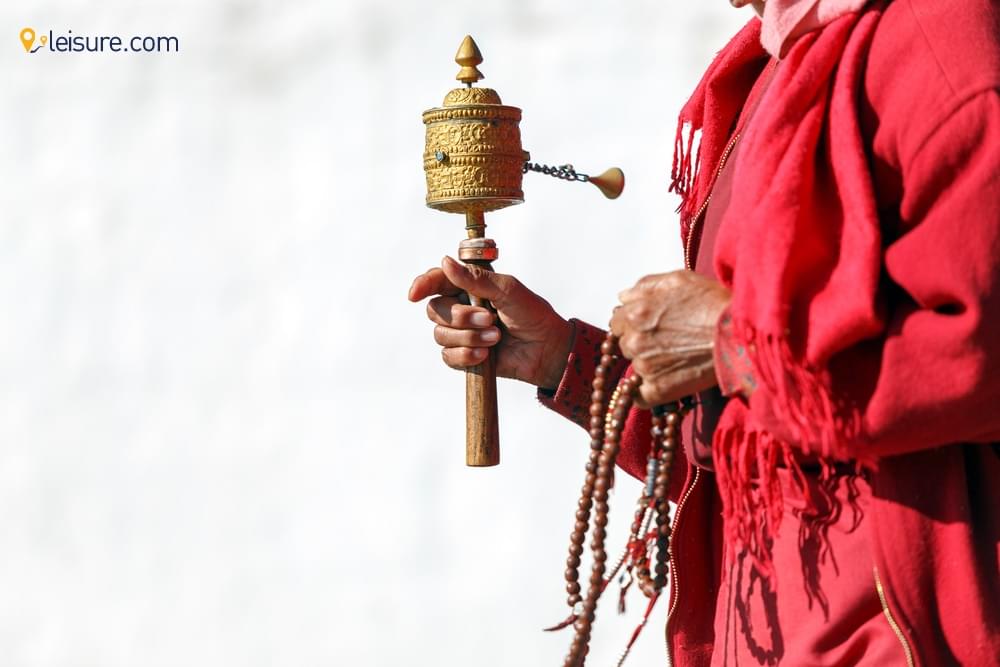 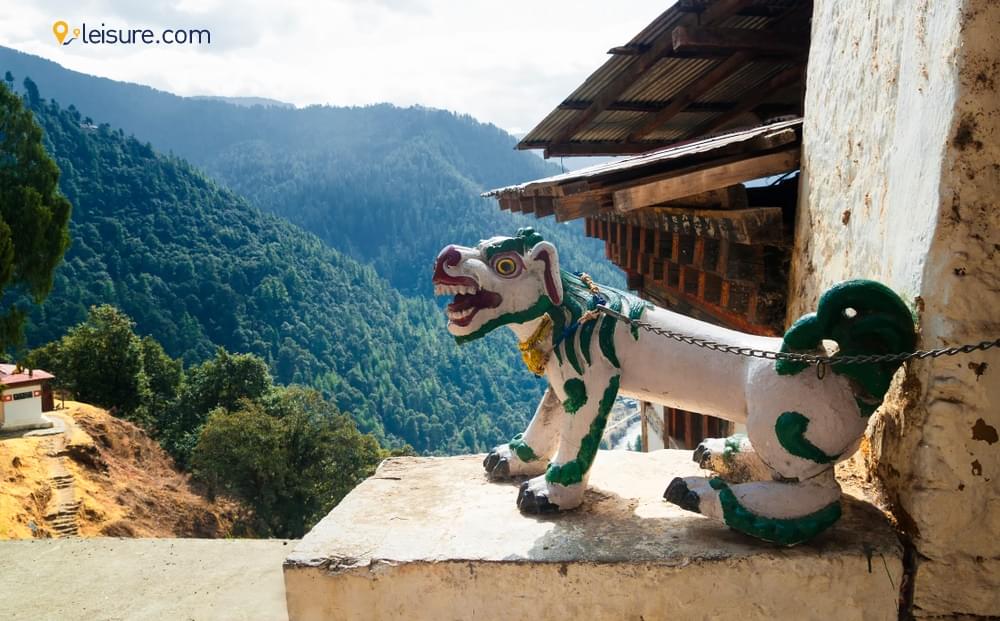 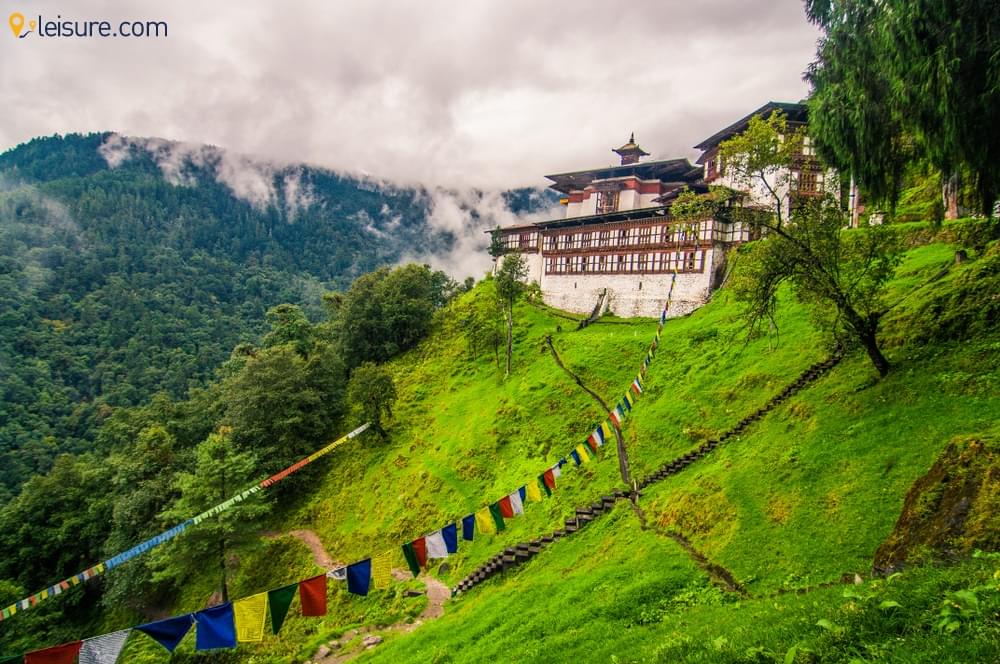