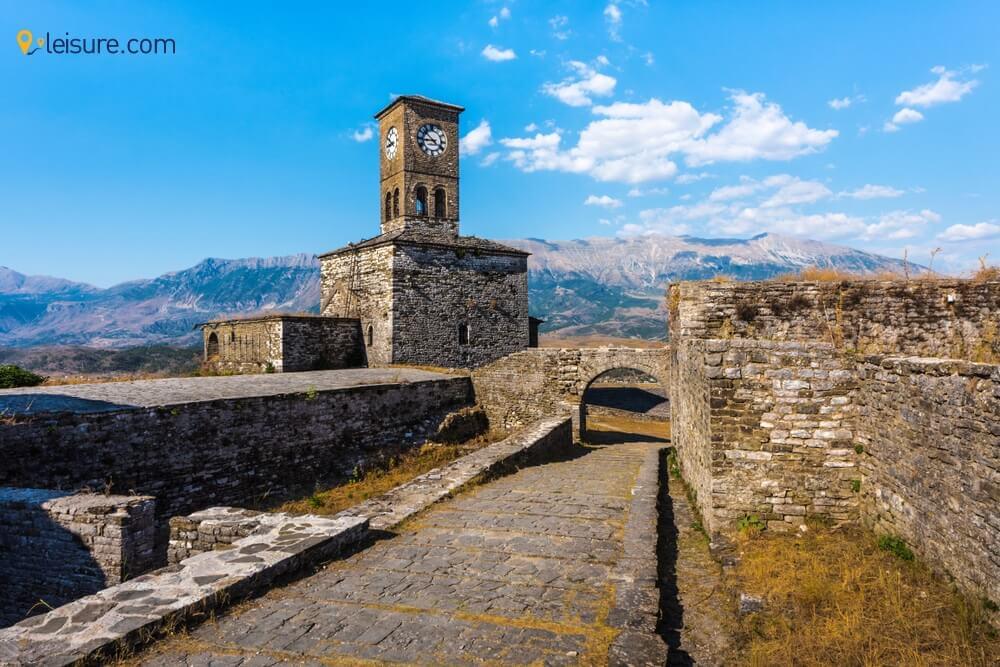 Packed with absolute scenic beauty, monuments, historical edifices, and natural beauty is one of the places in the lap of Earth that one can’t miss out visiting. With this enormous beauty, Albania tours have become an important travel hotspot. The country is an incredible blend of tradition and modernity. One of the most stunning things about this place is how beautifully the nature hare flaunts its aesthetics. And, this is one of the reasons that it has become a loved destination for travelers. With this Albania Itinerary, you will be able to discover some of the most fascinating cities in the heart of the country.

This 10 days itinerary will be taking you through the top 10 towns of the country. In the last few years, Albania has evolved as a tourist destination. While for many years people have been underestimating the potential of the country as a tourist destination. But, it’s evolving now. There are obvious reasons for this hidden tourism potential of the country. It was as a result of Albania being ruled by the most authoritarian regimen of communist totalitarian. Diving a little deeper into the historical facts will give you the obvious reason for the country being an undiscovered nation for long.

It remained in the under the shackles of totalitarianism during 1991. At that time, Albania had almost no GDP and the economy has completely collapsed. The Pyramid scheme of the country made it incur a loss of around 1.2 billion dollars and that set the country into great chaos. And, this is the reason that had kept the country’s tourism undiscovered. But, gradually the country becoming a hub for travelers from around the world. Albania has some of the really beautiful beaches that attract travelers from around the globe. Not only in Europe but Albania has become one of the most loved tourist destinations in the world.

Gjirokastra is noted for its fine Ottoman architecture and its beautiful location amongst the snow-capped peaks of southern Albania’s Drino Valley. Often called the ‘City of Stone’, charming cobbled streets wind their way to the city’s most dominant feature; its castle. Visitors to Gjirokastra will also want to stop by Zekate House; a tower house constructed in the early 19th century and considered the finest example of Ottoman architecture in the city.

Located just 20 miles northwest of Albania’s capital Tirana, the historic town of Kruja lies nestled in the foothills of a stunning mountain of the same name. Kruja’s other attractions include its medieval castle, the site of national Albania hero Gjergj Kastrioti Skanderbeg’s legendary battle against the Ottoman Turks, and the Skanderbeg Museum; an institution dedicated to chronicling and honoring his life.

Down in the southern reaches of the Albanian Riviera lies Saranda; a vibrant tourist town and one of the country’s most popular destinations. Its attractive, lively waterfront is lined with beautiful beaches and plenty of restaurants, cafés, and bars serving authentic Albanian and Greek food. Lëkurësi, with its hilltop location, is a splendid spot for taking in the sunset over neighboring Corfu.

Berat is a UNESCO World Heritage Site celebrated for its beautifully preserved Ottoman architecture; this coupled with its idyllic locale on the banks of the Osumi River make it one of Albania’s must-see destinations. A haven for history buffs, visitors are enthralled not only by its Ottoman architecture but Berat Castle and its astounding number of Byzantine churches.

Up in Albania’s northern reaches not far from the border with Montenegro is the tiny mountain village of Theth. Home to just a handful of residents and surrounded by the magnificent Albanian Alps, Theth is certainly isolated but by no means lacking in things to do. Within the village itself, visitors will find the Tower of Nikoll Koçeku, a centuries-old lock-in tower, and in the surrounding Thethi National Park stunning waterfalls and the dramatic Grunas Canyon await to be discovered.

South of Saranda close to the border with Greece lies Ksamil, a beautiful coastal village nestled within the bounds of Butrint National Park whose stunning seaside location has made it one of Albania’s most popular destinations. The village itself boasts beachside bars and restaurants and four small islands off its coast surrounded by crystal clear waters are perfect for swimming and snorkeling.

Tucked away in the foothills of the Acroceraunian Mountains, the picture-perfect village of Dhërmi lays claim to one of the most idyllic stretches of coast on the Albanian Riviera. The village boasts classic southern European architecture and a staggering 35 churches within its boundaries. Just south of Dhërmi’s main beach is the Pirate’s Cave; a natural cave cut into a perpendicular rock face.

Korça is the largest city in Southeastern Albania and an oasis of grand architecture, museums, and natural beauty. Visit Korça’s churches for a sense of the city’s varied architecture and head to its many museums, for a taste of Albanian culture.

Shkodra is one of Albania’s oldest cities and lies nestled on the edge of Lake Shkodra where three rivers meet. One of the city’s most popular attractions are the ruins of Rozafa Castle, a former Illyrian stronghold situated on a rocky hill above the town that offers stunning views out over Lake Shkodra. The Mesi Bridge is also worth a visit. 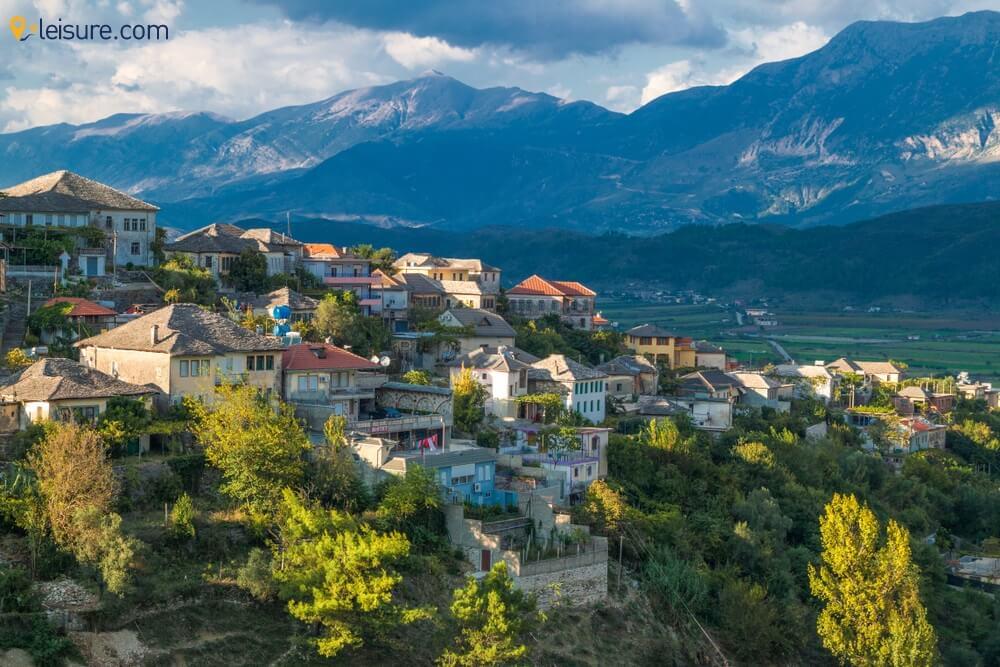 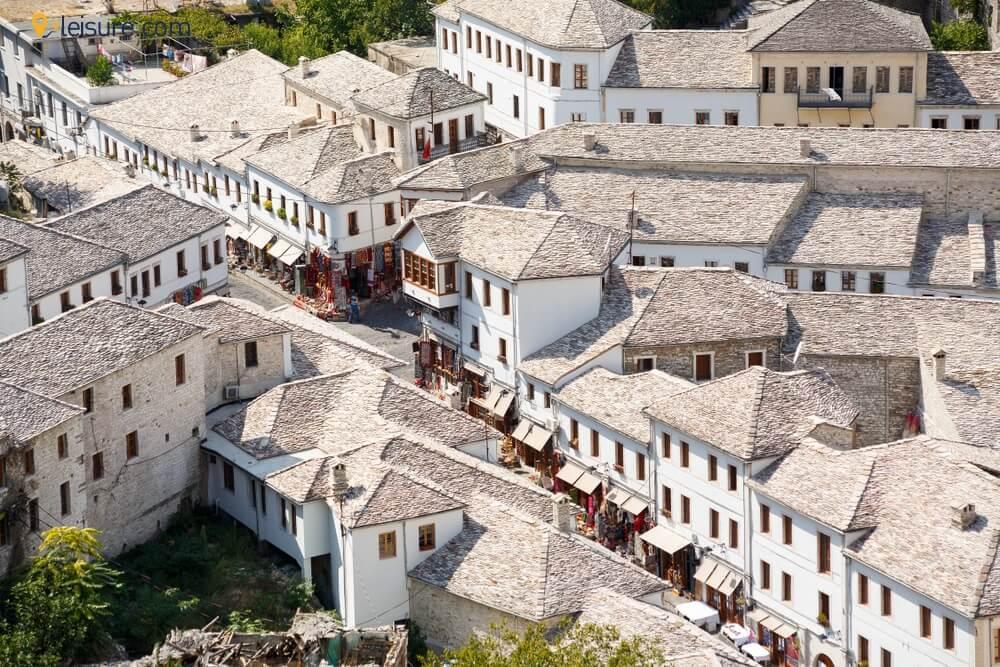 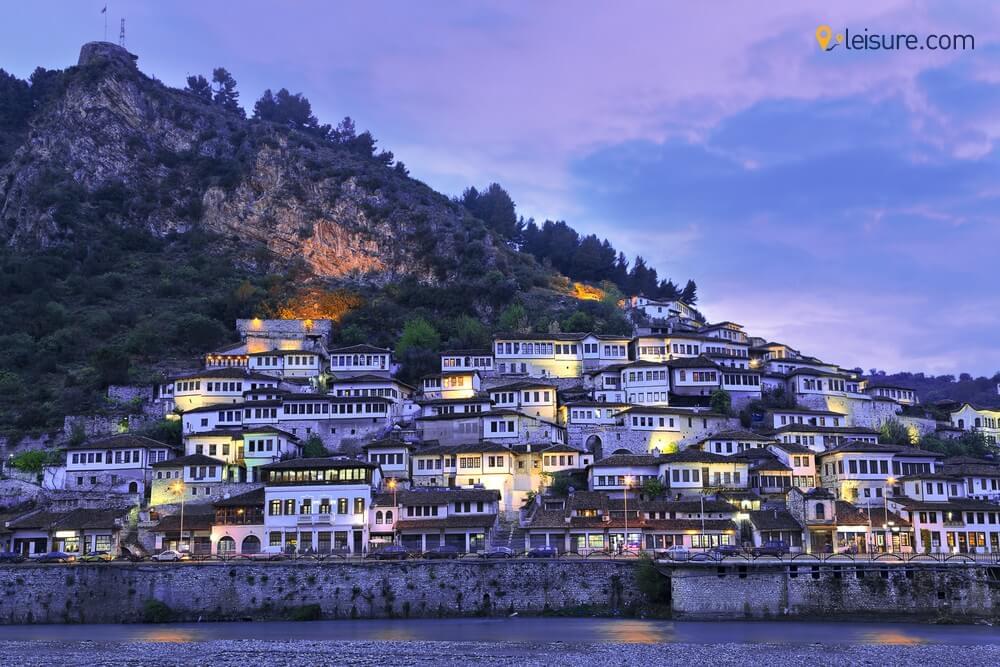 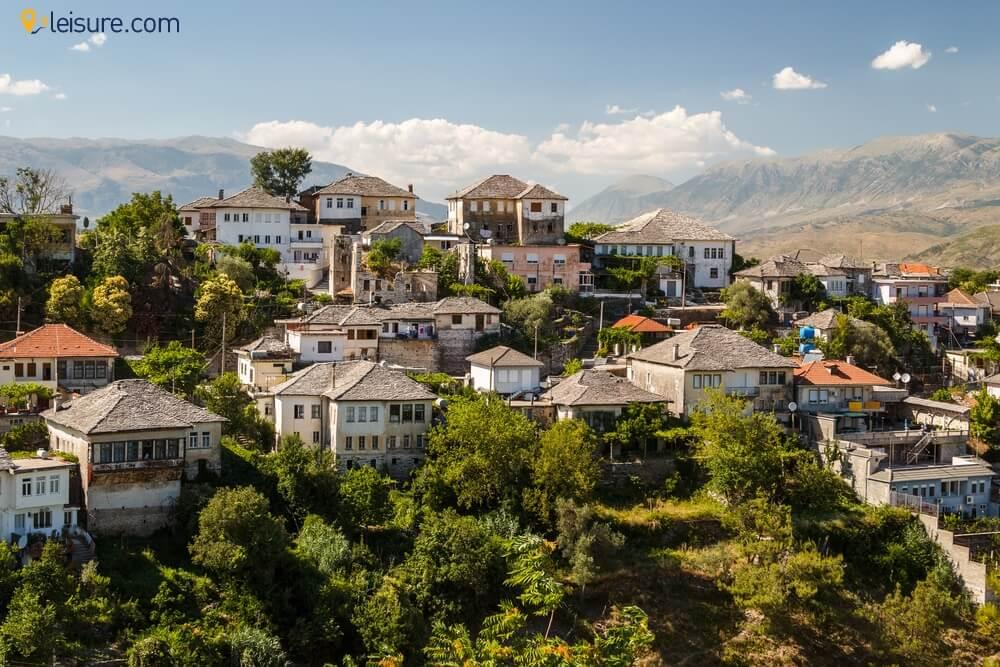