Top Facts About The Egyptian Pyramids You Must Know 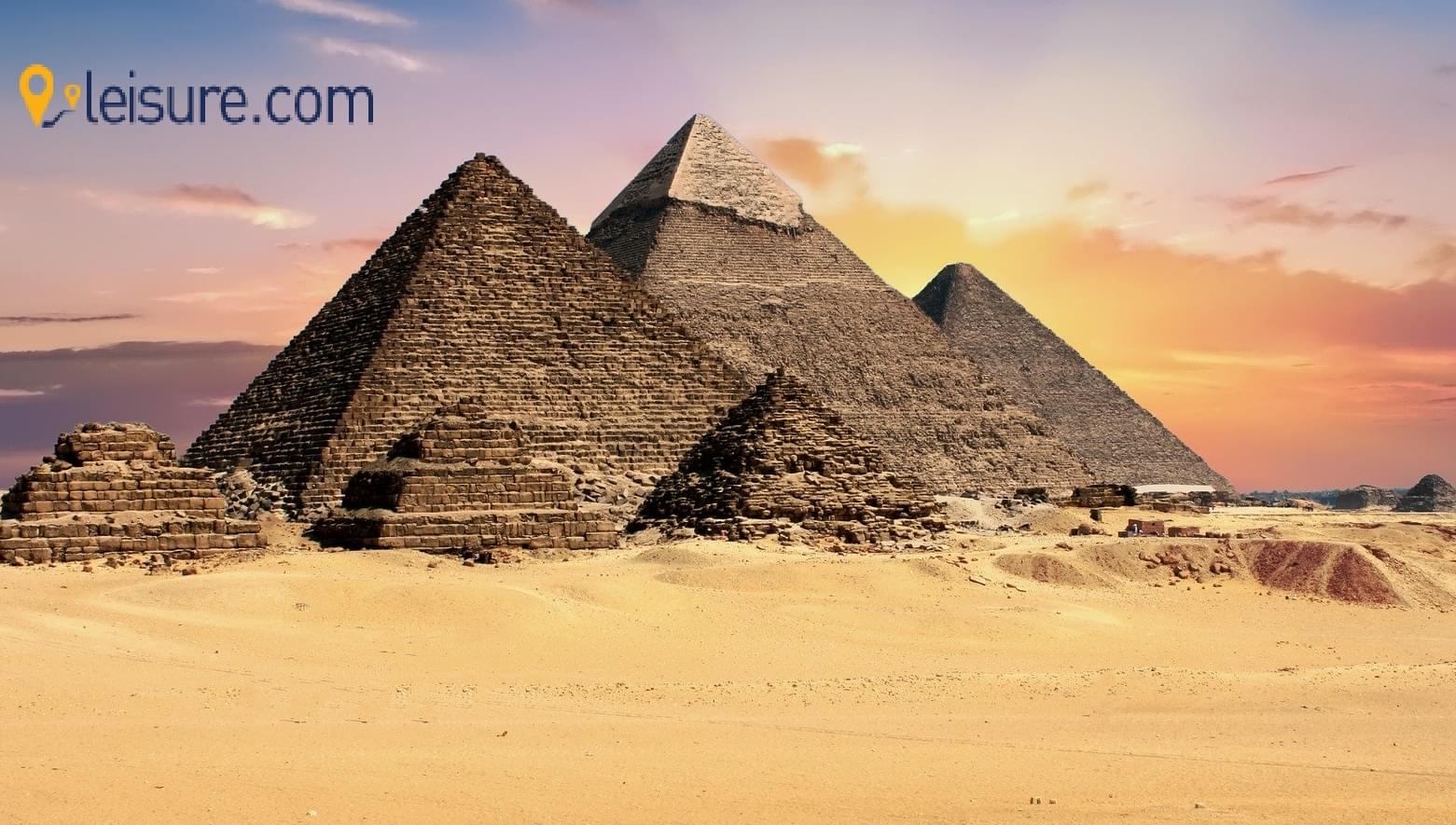 Pyramids of Giza is still one of the seven wonders of the world. It is not just one of the wonders but is also a mysterious pyramid. The way pyramids have been built is quite impressive in itself. The way they enhance the eye and the age are so mind-blowing. Pyramids are known as the burial sites of the pharaohs of Egypt. However, this is the only piece of information that people have about the Egyptian pyramids. There are many amazing and unusual facts which are related to the pyramid. The construction bricks that are used in it weighed at least 10 tons. The kind of Advanced technology people used in 2504 BC is still amazing and scientists are not being able to replicate them in today's scenario. Pyramids of Giza is still a very questionable structure because the Egyptian artwork used in it is quite old but still advances in many of the ways in today's scenario.

There are many amazing facts about the pyramids of Egypt that are yet to be known by the world. Few of them are:

Many of the amazing facts about the pyramids are that they were not built by the slaves. According to some theories it is believed by the great historians that the pyramids of Egypt were built by the slaves and not the paid workers. However, it is completely untrue as for building these advanced pyramids skilled laborers were needed and hence many researches show that the builders used in its construction were well paid and highly honored. They were not just well-fed, but also if any of the construction workers died during its construction they were buried next to the Pharaoh and this marked as a high honor and respect.

The bricks used in the construction of the pyramids were weighing somewhere between 2 to 50 tons each. The construction bricks that were used not just work heavy but also in the construction of a single pyramid almost 2 million bricks of the same weight were used. It is still a questionable fact, how heavy bricks were carried from one place to another. It was in an era when heavy technology and machinery did not exist. Also, it is believed that around 100,000 skilled laborers were used in this construction. But how can they carry so heavy bricks is still a question that no one is able to answer.

Sphinx is basically an image that is derived from Egyptian mythology. It contains a lion body and a human head. It was believed by the Egyptians that the sphinx will protect the spiritual structures like temples and tombs. Hence, if you are visiting Egypt on your vacation you can easily see many of such Sphinx built in various locations. However, the most famous is the Sphinx in the pyramid of Giza. It is also known as the great sphinx. The eyes of this structure are two meters tall and the entire structure is 73 meters long. It is 6 meters wide and has a height of 20 meters.

Construction of such Complex structures with accuracy and great architecture is a very difficult task. The Great Pyramid of Giza that we all see took almost 23 years to complete. When this structure was being made many such pyramids were simultaneously built around it. However, the time taken to construct those is still not clarified. The pyramids of Egypt are a great way of glorifying the Egyptian architecture. The engineering level was so perfect that even the scientist of today is not being able to meet those standards.

Imagine a Swivel Door in that era. The pyramid of Giza has 3 such doors at the entrance. The largest door is of 20 tons but is balanced in such a manner that you will never feel its weight. It is very easy to open even with one hand. It is so perfectly fitted that one cannot even find this entrance from the outside. It is another way of making us understand how the Egyptians were ahead of their times.

Unresolved mystery of the Mortar

The bricks used were very heavy and it required a great adhesive to keep them intact. According to an ancient proverb, time fears the pyramid. This stands true as these structures are around 5 million years old and yet are glued together with a very effective Mortar. The ingredients of it are yet to be determined. The scientists have over the year gathered the sample and carried out many experiments but all in vain. The mortar used in these structures were so advanced that these pyramids have never faced the wrath of the time. They are still standing tall and strong in their places. This clearly depicts that the technology and art used in those times can not be met by today’s highly intellect individuals too.

Have you ever seen a structure in modern-day that can maintain the same level of temperature all 365 days and 24*7? No! But the Egyptians were very good at it. For any architectural student, it is a great deal to understand and build something which is even half close to the hi-tech pyramids. The pyramids maintain a temperature of 20 C, even in the hot and humid conditions. Also, it is considered to be the most mysterious and advanced air-conditioning yet.

The pyramids are built over a web of tunnels that are not open for the public. Only the highly authorized personnel are allowed to visit them. They are full of mysteries as they are really old and contain many artifacts and treasures from the past. They are highly secured and the details are never given out in public. One might not even find the public records of the artifacts discovered there.

Want to talk about precision? Well! Nobody can do it better than the Egyptians. The pyramids are not constructed at random places. There is a theory that was built to guide the pharaohs to their afterlife and hence, were made in alignment with the true North stars. They are built on the west bank of the river Nile which is a land of setting sun. The setting sun depicts death and hence, the pyramids were constructed there. Isn’t it precision at par brilliance?

Pharaohs for the protection

No one has been able to discover the mysteries of Pyramids, not because they are complicated or highly advanced but it is believed that the pyramids are protected by the curse of the Pharaohs that was imposed on their pyramids to protect the belongings and the treasures along with their families. Also, these pyramids were built to guide them into their afterlife and the Sphinx protected them while they were on their spiritual journey to the afterlife.

The pyramids of Egypt are a great example of Egyptian knowledge and technological advancements. However, before planning any vacation read’ Countries That Are Not Taking Social Distancing Seriously’ for staying safe from the COVID-19 virus. 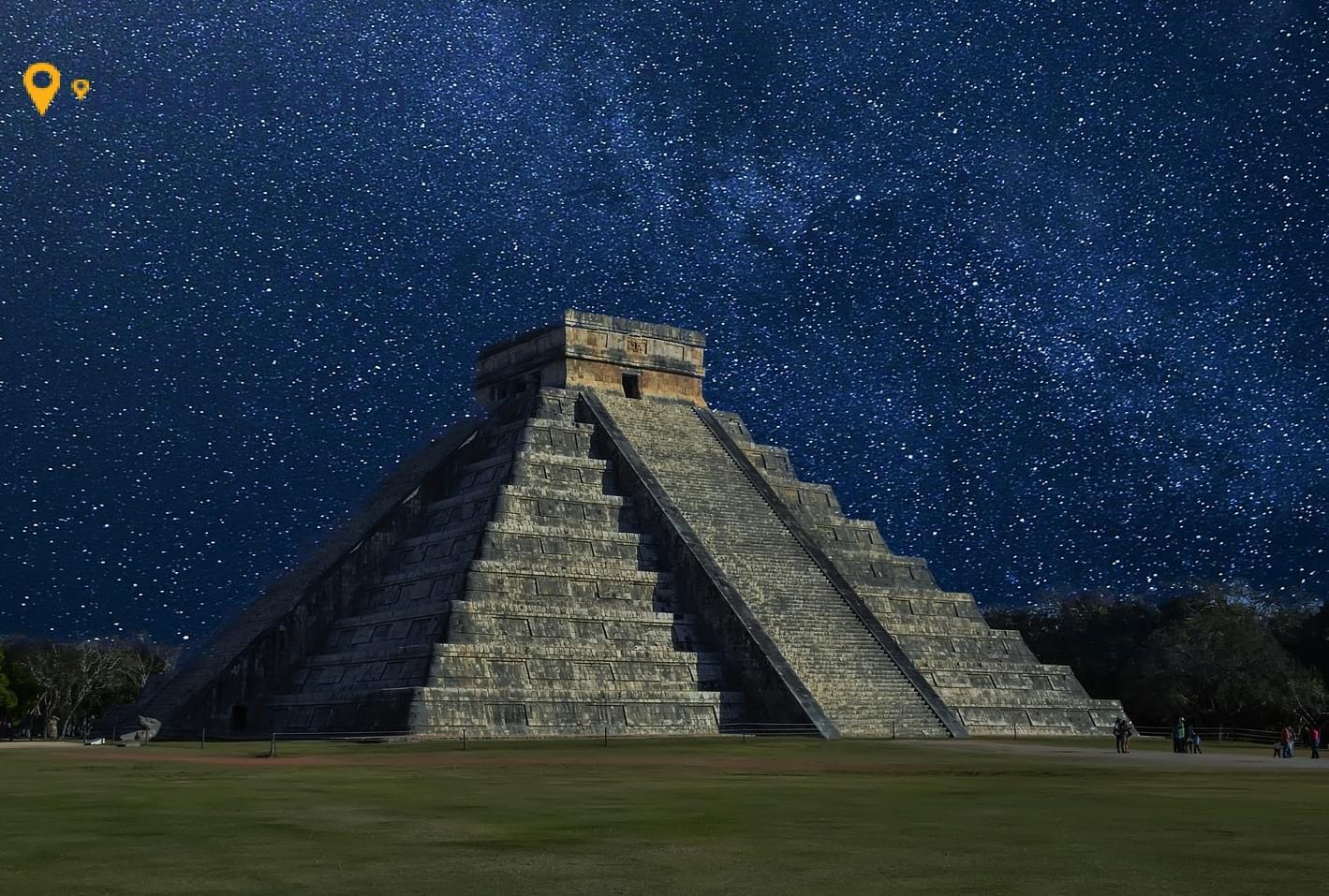 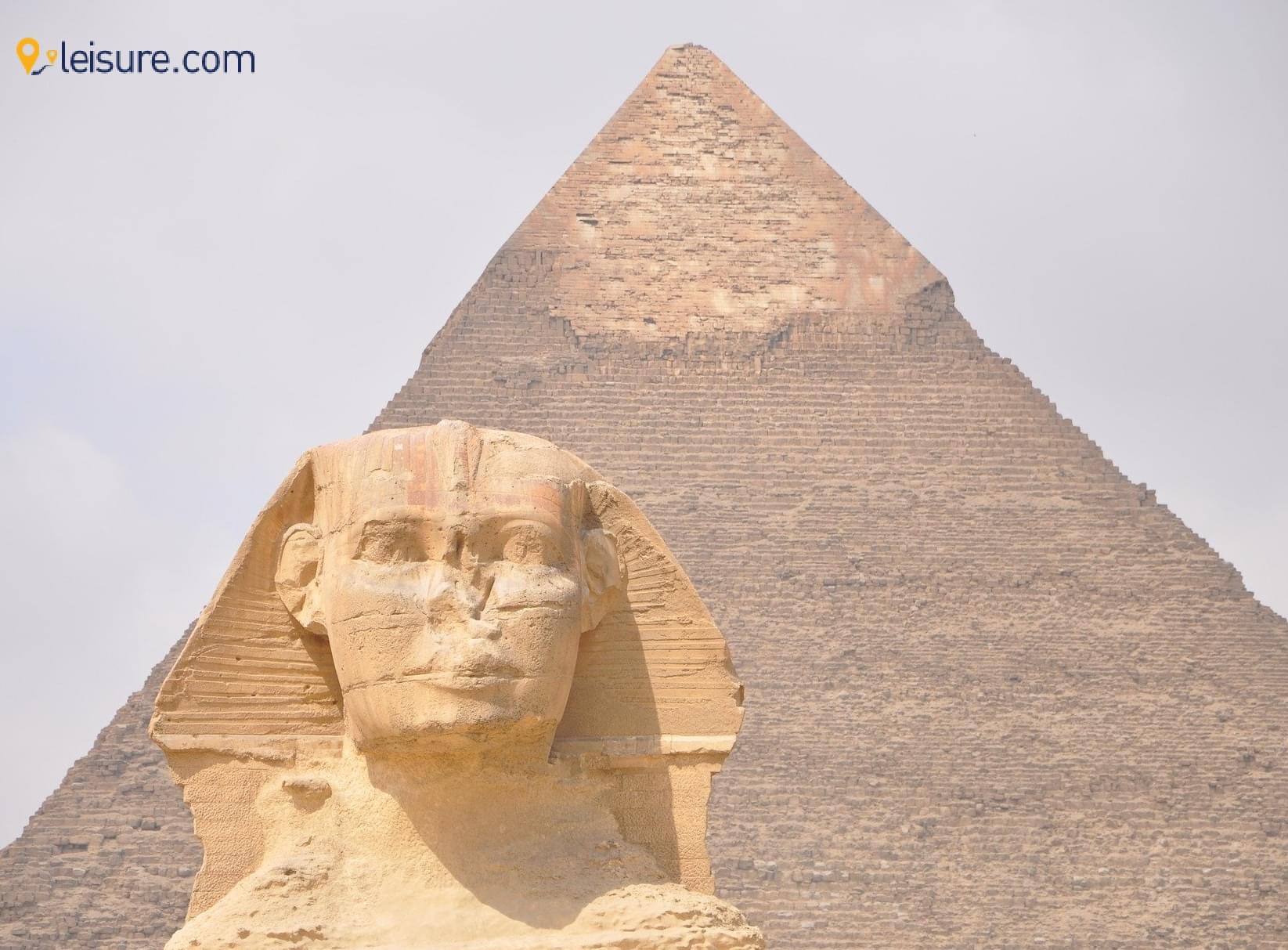 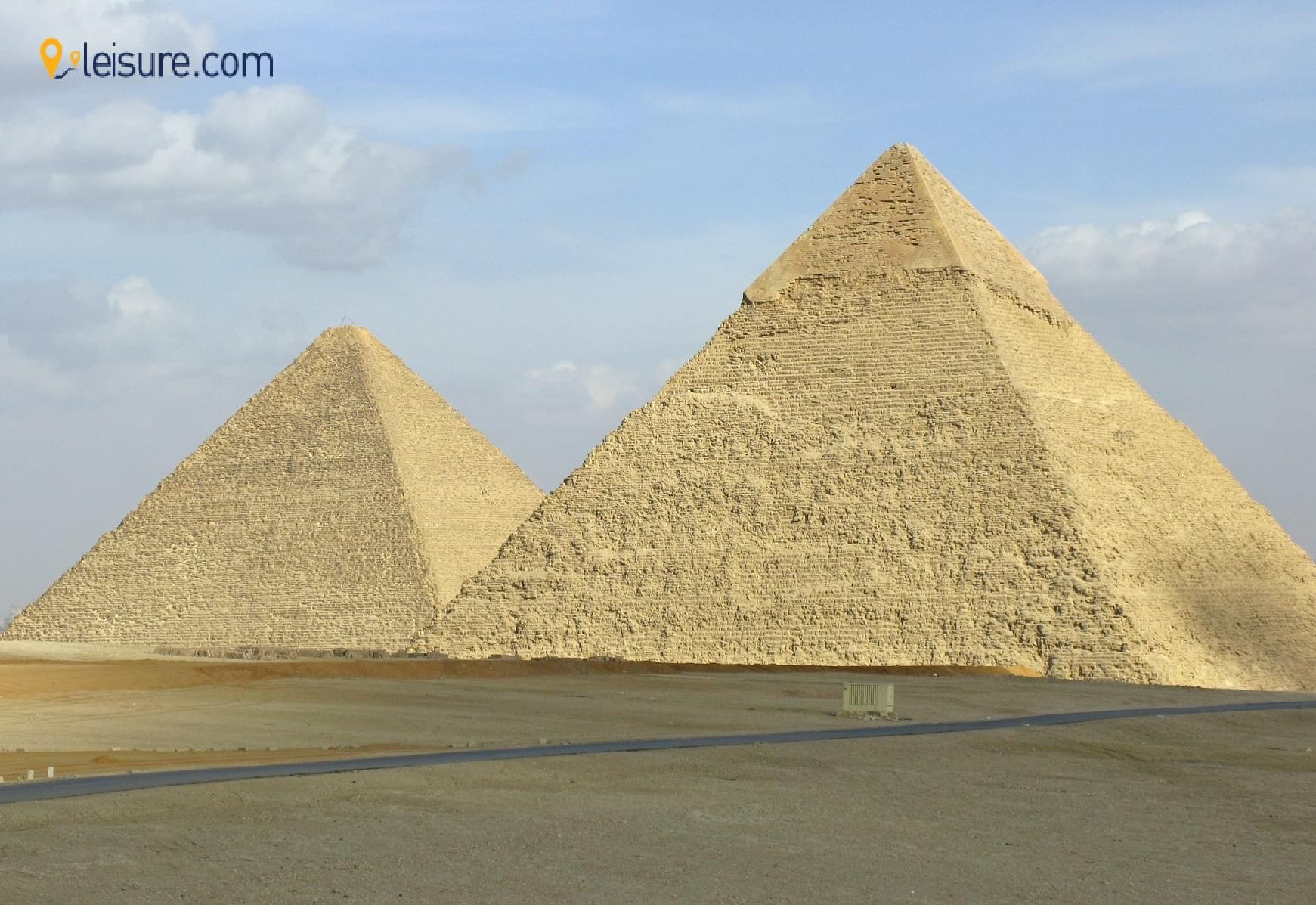 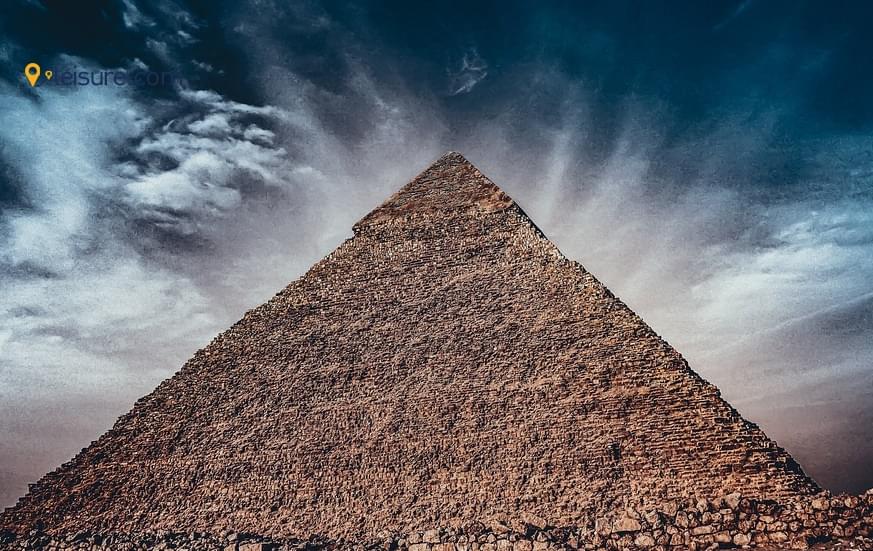