Top 9 GoT Filming Locations for Your Next Vacation 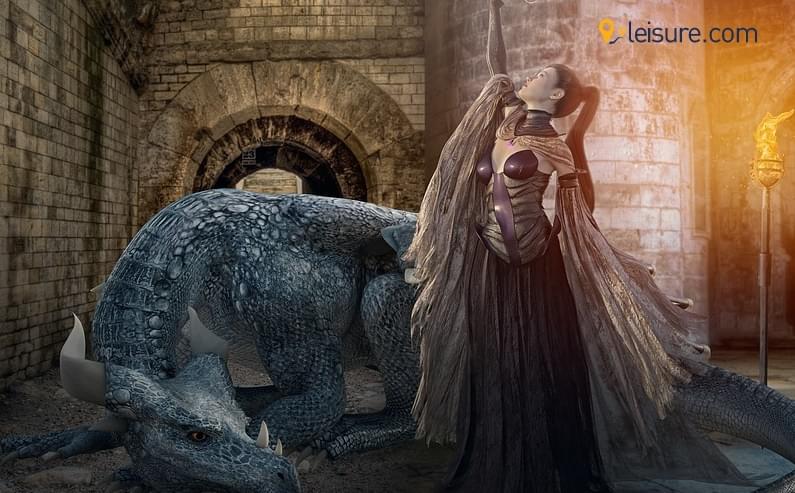 If you have watched & loved all the GoT (game of thrones) series, it’s undoubtedly obvious that you must have fallen in love with every location where it was shot. On top of that, if you are a traveler, you already have the blueprint of your many next vacations.

As much as the film is beautifully made, the places shown are designed way more beautifully by the magic of nature. Most of GoT has been filmed in beautiful places including Iceland, Northern Ireland, Croatia, and Spain.

This article is, for all those travel geeks, who want to see those beautiful filming locations of GoT in real life. It lists the five most popular filming locations of the GoT where you can plan your next vacation. This information will help you with planning your vacation packages. Let’s find what’s waiting for you!

No matter if you are in Croatia for a GoT experience or it’s a normal vacation, this place you amaze you for sure. Particularly the Old Town that was the king’s landing place, the Stradun, which is all designed with white marbles, and the beautiful ancient houses on either side of the street are enough to make you fall in love with the place. But, this is your GoT vacation of Dubrovnik, Croatia then you are going to focus just on those locations where GoT was shot.

Here’s everything you must see

1.Visit the filming location of the King’s Landing (the old town streets).

3.Walking tour of the Walk of Shame.

4.A ferry ride to Lokrum.

5.Exploration of Qarth & the Game of Thrones museum (the Iron throne).

7.Enjoy the spectacular view of the city of  Dubrovnik atop the mountain Srdj.

It was the House of Greyjoy, who was the ruler of the Iron Islands for which the wonderful ruins of Dunluce Castle were used. Even before its association with the Game of Thrones, Dunluce Castle, Northern Ireland has been one of the most popular travel destinations for travelers.

The castle is one of the most popularly known vacationing spots of Northern Ireland. Located alongside the white chalk cliffs atop the Antrim coastline, this roofless ruins will sweep you off your heart particularly before the sunset & in the sunshine.

Having been the home of the two popular clans including McQuillan and MacDonnell,  many historic battles have also been fought. And, that is one reason which made it the most perfect choice for filming GoT. let’s discover what all you cannot miss in Dunluce Castle, Northern Ireland on your GoT vacation.

1.The ruins of Dunluce Castle.

The Dark Hedges represents a beautiful array of beech trees that were believed to have been planted by the Stuart family. The compelling landscape and particular;y the charm of the entrance that takes you to the Georgian mansion, is beautiful. With the charm & beauty that it upholds, it has become one of the most photographed portions of the country. And, we need no more evidence to its beauty than the fact that these dark Hedges have been the filming location for the popular HBO series Game of Thrones. It was the road from where the king walked during the Game of Thrones.

The place near the Thingvellir National Park in Iceland was used as the Bloody gate in the popular HBO series, the Game of Thrones. You can reach the park very easily from Reykjavik. Plenty of scenes from the game of thrones have been shot near the area particularly in season 4 of the series. The area is so dreamy and it was shot so beautifully that the audience found it nothing less than a dream. With an amazing greenfield, snow-kissed mountains, hopelessly blue skies that the lush summer scenes looked amazingly beautiful.

Thingvellir National Park was the location where the “Bloody gate” in the series was shown in episodes 5 & 8. It was where Sandor Clegane and Arya can be seen wandering around mid-Westeros from village to village. And, you can find rare dragonglass, the slice of cooled lava that is used in making weapons (the ones used against the White Walkers).

Two of its most popularly known highlights of the sights are Kirkjufellsfoss and Kirkjufell. Kirkjufellsfoss waterfall is one of the most featured destinations of the country which you would often see in postcards, brochures and more. In addition to being the filming location for the GoT, two episodes of “the Door”, (as a birthplace of the Night King).

Located in the County Antrim along the coast of Causeway, Ballintoy is a village and the Ballintoy Harbour at the end of the steep road is where  GoT was shot. Particularly, the rock formation that forms tide pools is an important spot for most ardent travelers. And, the ones who are GoT fans, this place is a must-visit for them. Ballintoy Harbour was used to showcase the Port of Pike in GoT, the HBO series. It was where Theon Greyjoy was shown in the series, to return to Iron Island.

Vik and the South Coast, Iceland

The extensive panoramas that you saw in the Game of Thrones which features Jon Snow venturing into the Frostfang Mountains, was Höfðabrekka. Vik city is located in the southernmost part of the country. The place is particularly known for its black sand beach. Skaftafell National Park was featured after season 2 for showcasing winter ~ most of it was filmed around the largest glacier of Europe, Svínafellsjökullone.

It was the place which was shown as the love nest of Jon and Ygritte’s. It was where their love grew and where Jon lost his virginity. The particular scene shot in the Lake Myvatn region was believed to have sparked the real-life fire between Kit Harington and Rose Leslie. While in most parts of the year, the small lava cave is covered by snow & ice, but. Spring can surprisingly escalate to a temperature as high as 120 degrees. In addition to being the filming location for the popular series, the game of thrones, the Lake Myvatn region, Iceland is also popularly known for the unique rock formation & the wildlife camps. The rock formation gives you the impression of being in some kind of dreamland.

Of this list of the popular filming locations of the popular television series the Game of Thrones (GoT), this is the last and one of the most visited. And, the best thing about traveling to this part of Spain is that it is just 40 minutes away from the popular city of Barcelona. In addition to visiting the filming location of the Game of Thrones, you also can wander around the Old Quarter’s narrow streets. And, one of the highlights of your visit here is going to be the Cathedral of St. Mary. Girona was featured in the Game of Thrones series 6. The monastery was featured as the Citadel in Oldtown and the building & streets were featured as the King's Landing and other places in Braavos.

So, these are some of the most amazing destinations where Game of Thrones (GoT) was shot. And, traveling to these places is completely exhilarating both for the love of your wanderlust & for your love for GoT. 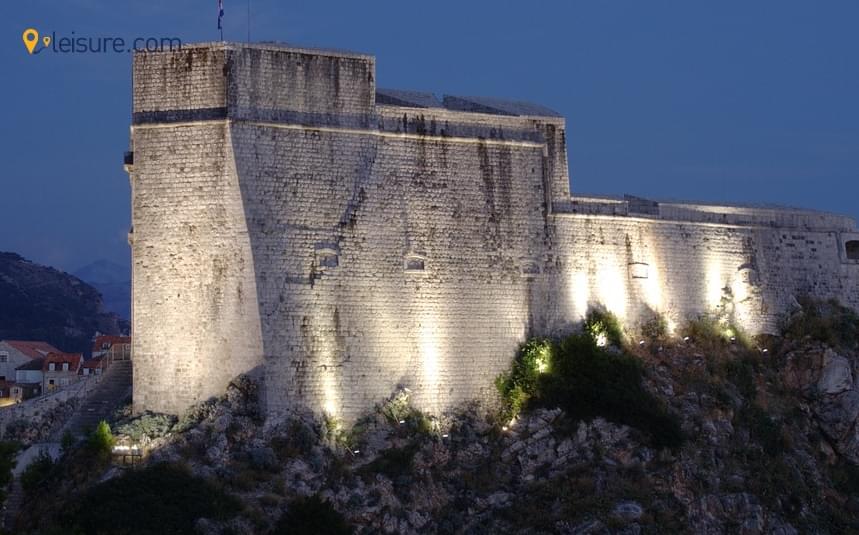 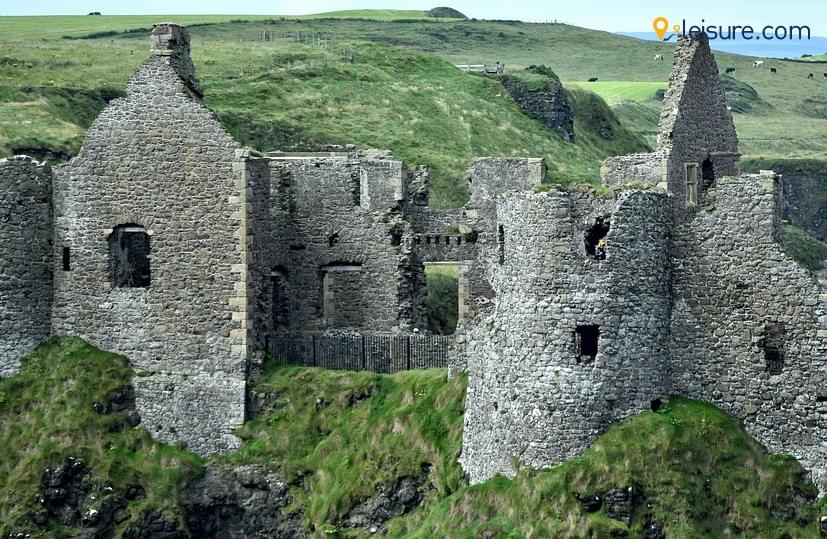 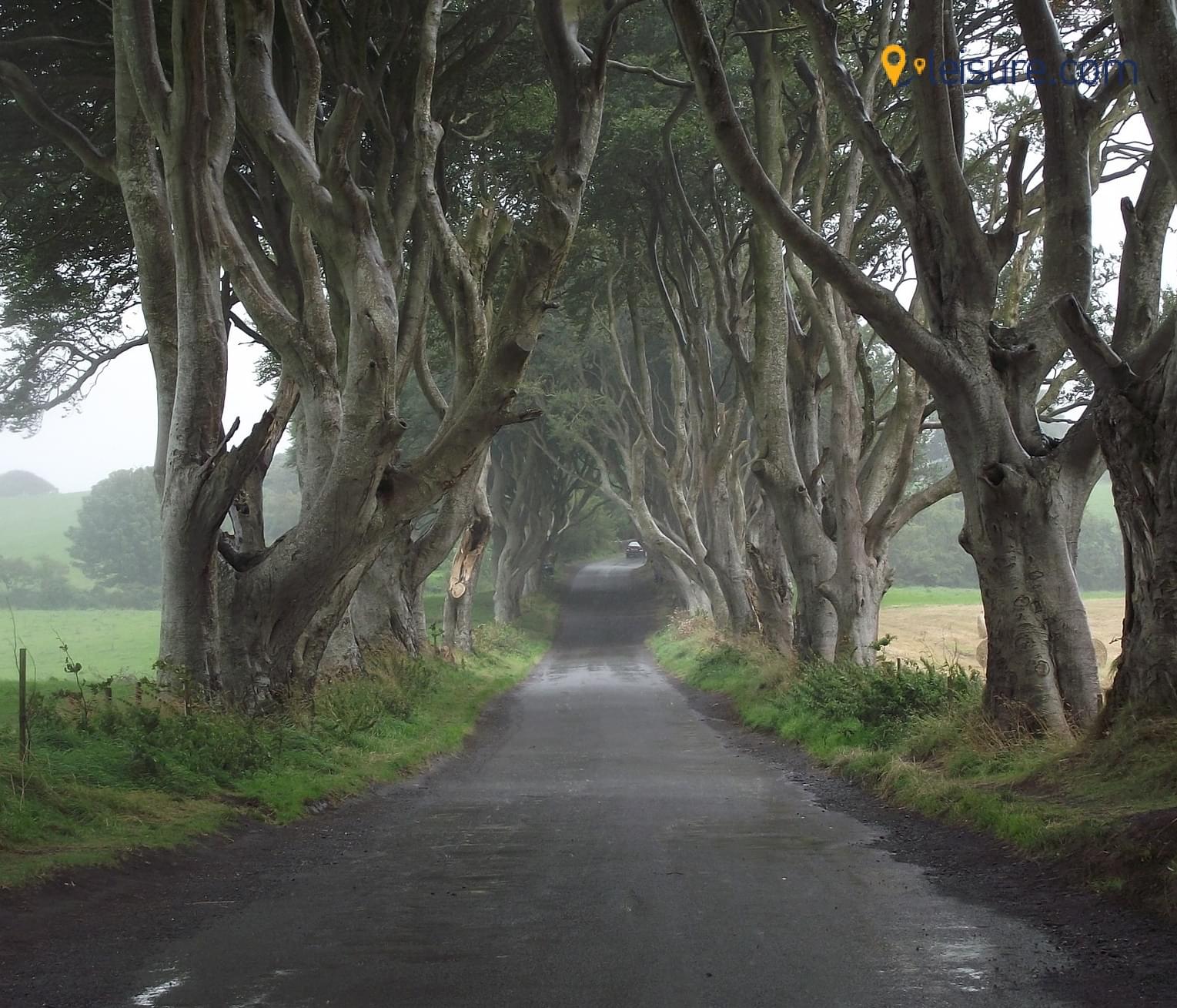