Wake Up, Foodies! Now You Can Stream These Food And Travel Shows 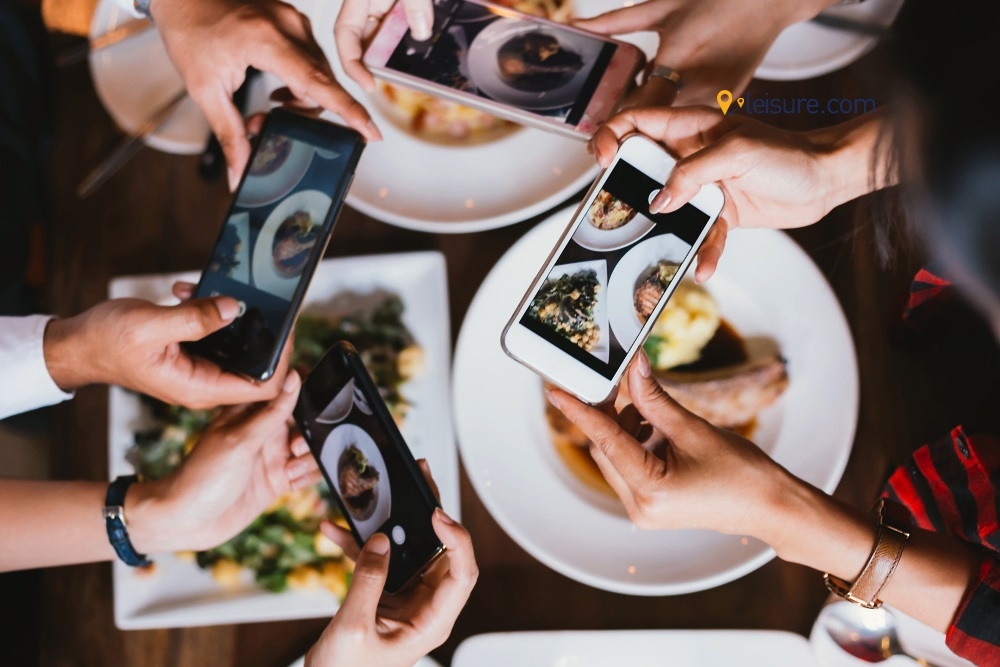 “Love is the FOOD of life, TRAVEL is the desert.” Food and Travel is the best combination that everyone must enjoy to get the best taste of life. Even if you don’t live a life that will enable you to travel, you can savor the delicious food right from your comfortable couch. In recent years, a revolution has been witnessed in the food TV industry. With the hype of streaming services like Netflix, Amazon, BBC, and more- the old models of cooking shows and competitions take over by large travel budgets, top-notch chefs, famous celebrities, and groundbreaking formats. And want to know the outcome? All this investment results in the new era of food and travel shows that will not only make the audience salivate but also ponder to visit the destination. With the coming of new shows and multiple seasons, there’s clearly no chance of slowing down.

Whether you are flipping through the streaming apps on a day off or you want to burn a few hours of your day, the given list will come in great help. With the best travel shows streaming online, we have the whole world and its food right at our fingertips. These shows will take you from the markets to the streets to top restaurants and make you salivate in front of your screen. To help you travel through the phone and taste the world, we have compiled a list of 7 food and travel gems that will quench your hunger for food and desire to travel. So, without wasting more time- go through the list, turn on your screen, and enjoy the best of your time. 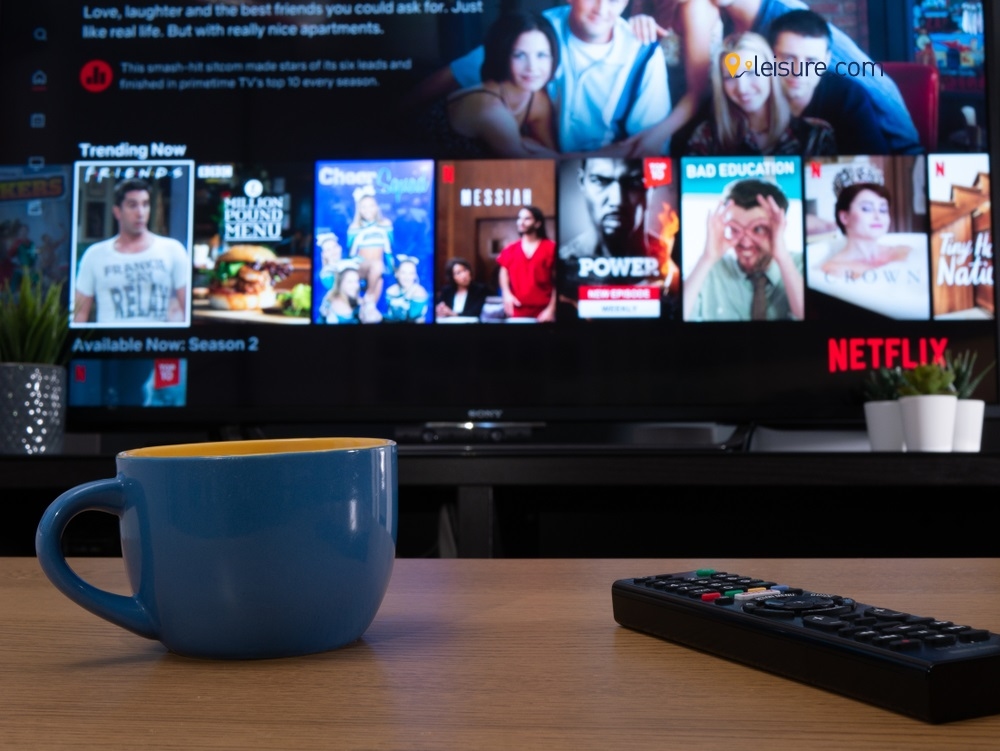 If there is one food and travel series that every foodie must watch it’s Somebody Feed Phil. It is a Netflix original series which is produced by the creator of the most-watched show “Everybody Loves Raymond''- Phil Rosenthal. This series is a travel documentary that features  Phil Rosenthal who goes from Bangkok to Mexico to New York to Hawaii and savors the local cuisine and gets a taste of the city. If you watch this show- you will find Phil a fun, weird, and distracting host. Still, he loves food and people love him. Every time he tastes different cuisines, he comes up with delightful and jokey remarks that make the show fun to watch. Although the food he tastes seems impressive, the real treat is Phil himself. You will definitely like him. 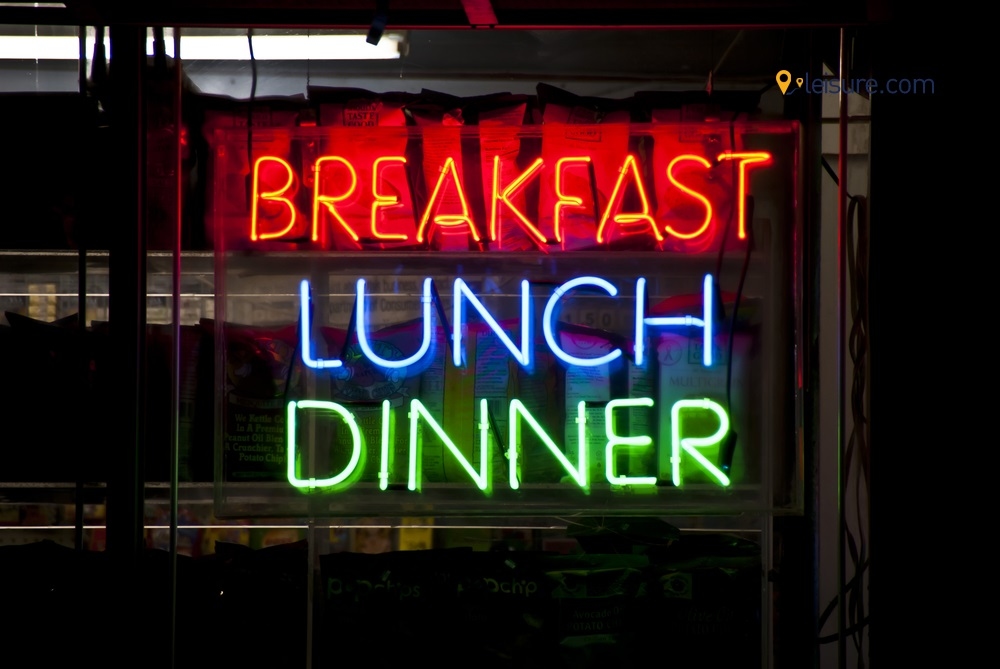 Another must-watch show for all the food lovers is Breakfast, Lunch & Dinner. It is an American documentary that features Chef David Chang who has an endless curiosity about food and vivid culture. The series- Breakfast, Lunch & Dinner has everything that a food and travel show should have. It is a perfect combination of celebrities, humor, and delectable food. Here, the chef takes the road and enjoys eating with celebrities like Seth Rogen, Chrissy Teigen, Lena Waithe, and Kate McKinnon. Imagine how can someone not enjoy watching Chrissy Teigen and the chef savoring tea and riding a camel? This show definitely deserves a binge. Wait… make sure you have your passport ready before you watch the show because after watching you will surely want to hop on the plane and leave for stuffing your stomach with delicious food. 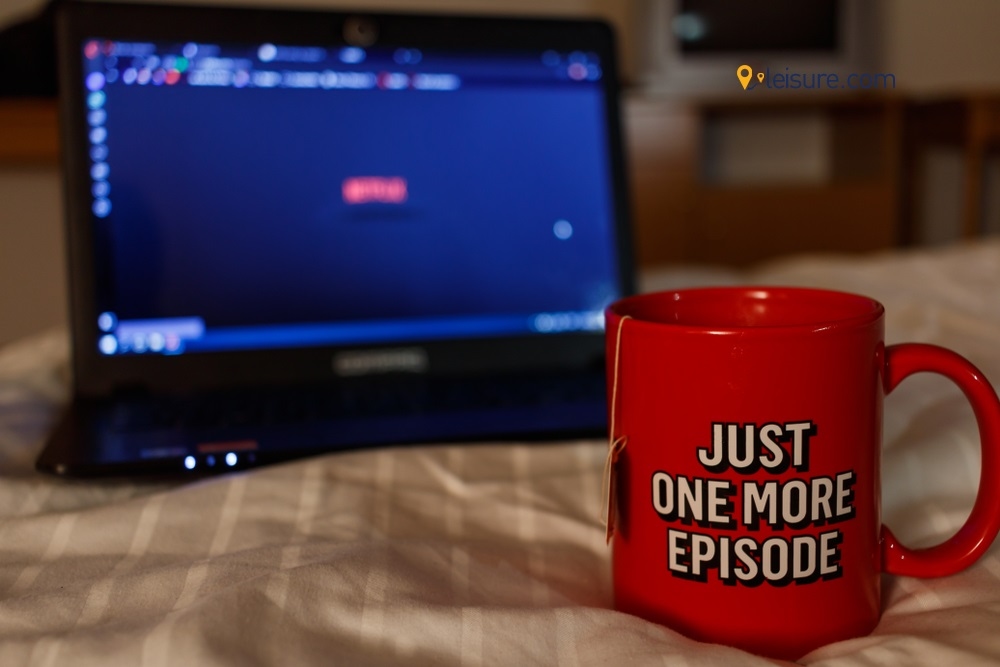 Momofuku’s chef- David Chang, with no surprise-changing the whole scene of food and travel shows. He came up with a new show- Ugly Delicious, which is selling under a motto- “FOOD is just a four-letter word”. The episodes of this show are based on a single food item or cuisine but took a bizarre turn into the literature, pop culture, and his own life. Every episode showcases the whole concept of a food item and how that dish is prepared differently in different regions. In season one of the show, the chef traveled to different corners of the world with his friend to discover unusual dishes and their link with the culture. However, in season two- the story takes a turn and the chef travels to different areas in search of amazing dishes to prepare himself for a new adventure of becoming a dad. Watch this show and enjoy the world’s most satisfying grub. 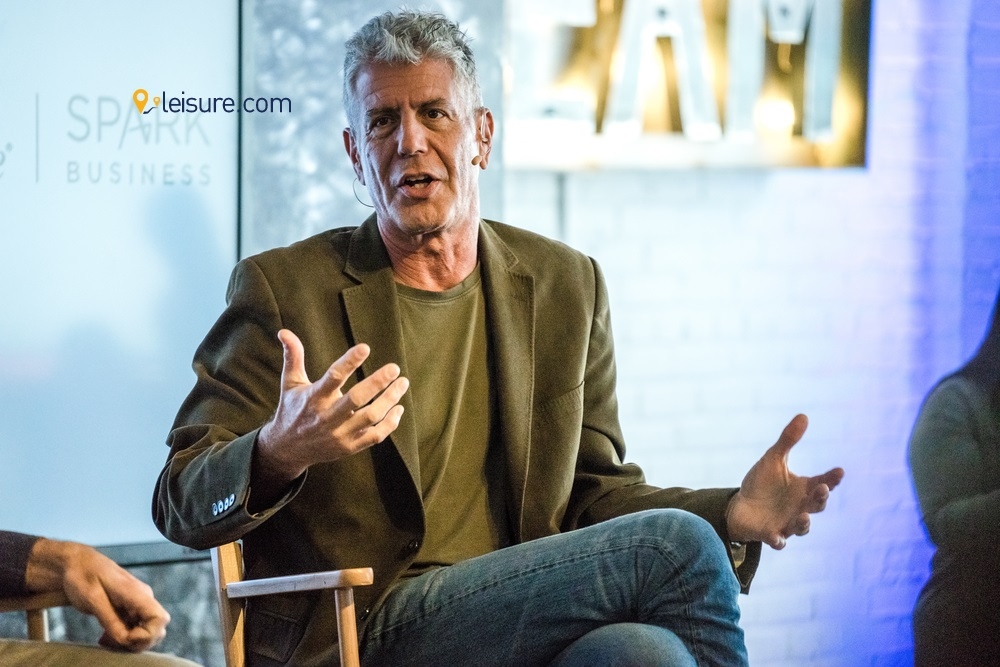 “Food and Travel go hand-in-hand.” This line is truly justified by a well-known chef- Anthony Bourdain. Mr. Anthony is not only a renowned chef but also the author of some bestsellers and an Emmy-winning TV celebrity. In the show- Anthony Bourdain: Parts Unknown, the chef takes a journey across different parts of the world with the motive of discovering the lesser-known areas and honoring their culture as well as traditional food. This show was started back in 2013 and ended in 2018 due to his death. In this duration, he came up with 104 episodes and 12 seasons of the show. Watching this show, you can enjoy the real passion of the chef for exploring the world and eating and drinking different cuisines. If you are making a list of shows to watch, then you must save a spot for this. You will surely not regret it. 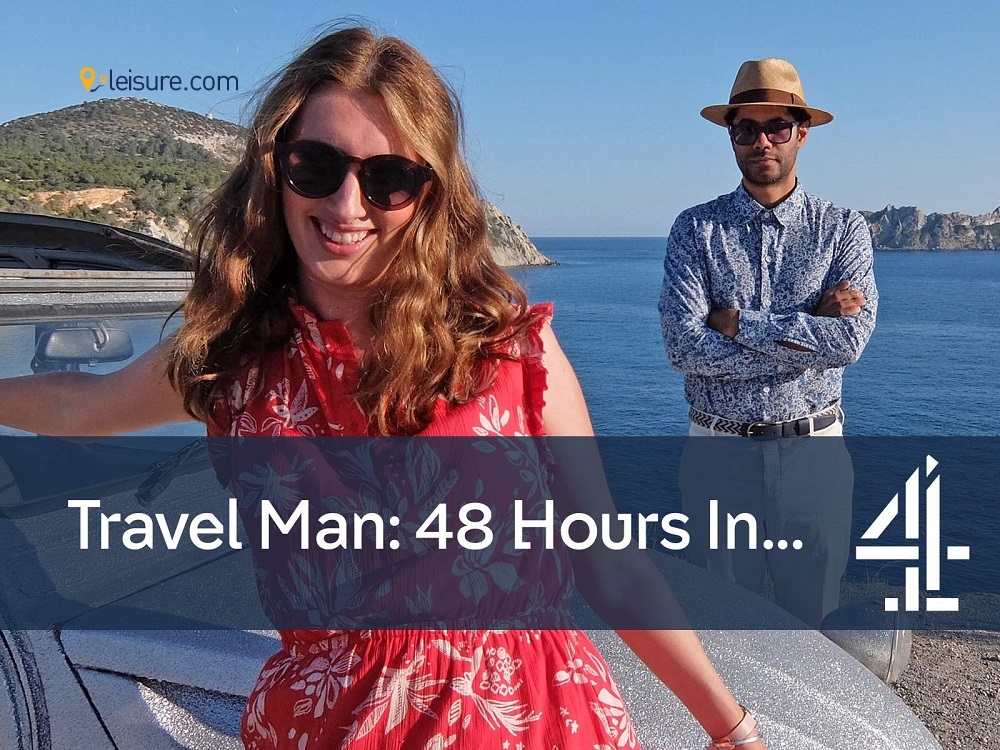 The Travel Man: 48 hours in… is a food travelogue that is amazingly great to binge-watch. This show is a British series that was presented by Richard Ayoade back in 2015. Since then, this show has premiered 43 episodes that are filmed in different places like Miami, Helsinki, Hong-Kong, and more. One episode of the show is of a span of 48 hours in which Richard is accompanied by comic and English celebrities. This show is largely a sitcom with a lot of laughter and fun. However, it is also an indicator of what you are going to get in the city and whether you are going to enjoy two nights or more at the destination or not. If you want to see a lot of food and travel, then you must watch this show.

Streaming on: All 4 and Hulu 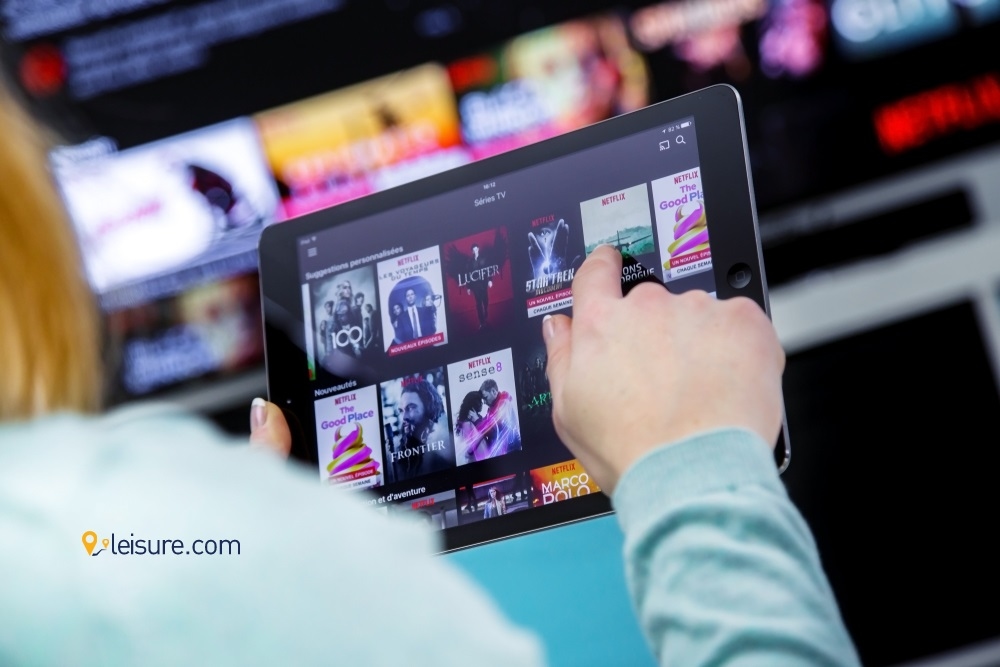 Are you a foodie? Even if you are not, you must watch this show for the ultimate food and travel experience. This show features an excursion of a famous chef and food writer to Italy, Japan, and Mexico in order to learn the four different elements of the flavor of great cooking and serving up feasts. The show- Salt Fat Acid Heat is premiered in four parts and showcases the four important pillars of the cooking- that make Nosrat enthusiastic and persuasive. The maximum of the show is shot in the kitchen- still it has a good feeling. It has everything right from cheese to olive oil to tortillas. With a glowering smile and unselfish kindness, the audience enjoys seeing Nosrat. She is the one who redefined exploring and cooking. She made cooking look more accessible for the audience by showcasing the mistakes that can happen in the kitchen. 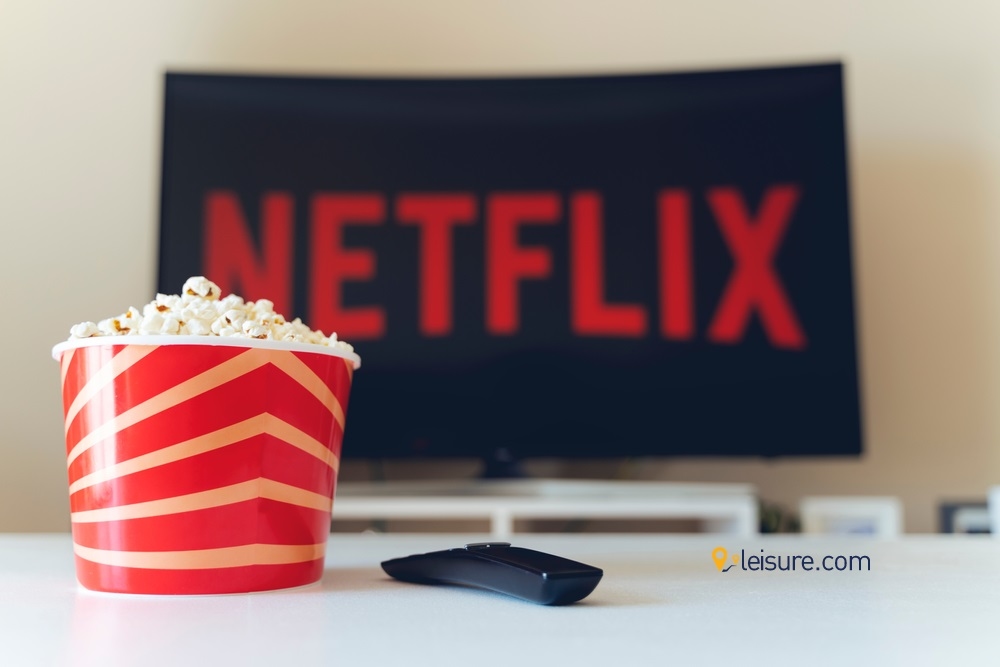 A Japanese food and travel show that must be on the list of all the foodies is none other than Midnight Diner: Tokyo Stories. The whole series is set in a picturesque location in Tokyo. The whole series puts light on a late-night dinner at eateries that opens at midnight and runs till 7 in the morning. The dim neon light of the show captivates the attention of the viewers and showcases the master’s relationship between the clients. Through this show, you will get to learn about the dining experience with strangers and the beauty of making human connections. Excellent location, delectable food, and soothing Japanese folk music are a great combination. This show is a perfect exploration of empathy. It is our advice to watch the show at least once and get the best experience right from your couch. Watch this show, but don’t- definitely don’t- watch them while you are hungry.