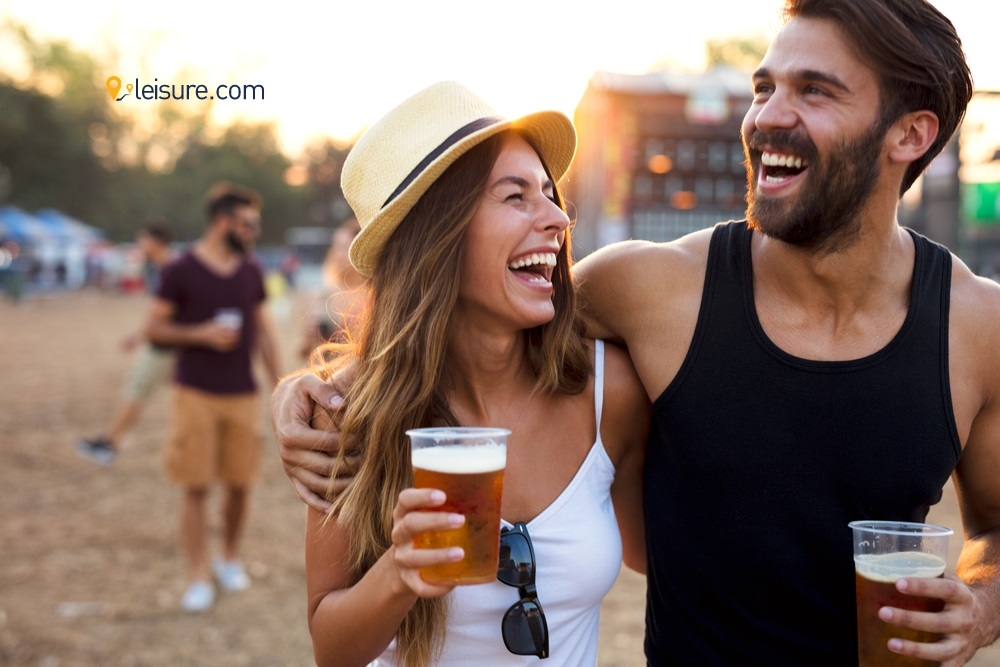 Beer is a highly consumed beverage in the entire world and it is of no surprise that the excitement of the best beer festivals is booming right now.

Every pint of beer is a tribute to the rich history, tradition, and culture of the brewing community. Attending beer festivals is the best way to sample some unique and exciting beers and make the most of your time.

Dave Barry sums it up best: “Without question, the greatest invention in the history of mankind is beer. Oh, I grant you that the wheel was also a fine invention, but the wheel does not go nearly as well with pizza.”

To make the selection easy for you, we have curated a list of beer festivals. These are the events that really have to be experienced if you are a true beer lover.

Without further ado, let’s take a look at the 10 best beer festivals.

10 Best Beer Festivals That Are Must-To-Visit

Festivals are the perfect excuse to explore some of the exotic beers. If you think so, you must review the given list and learn about the best beer festivals that you must attend at least once in a lifetime. 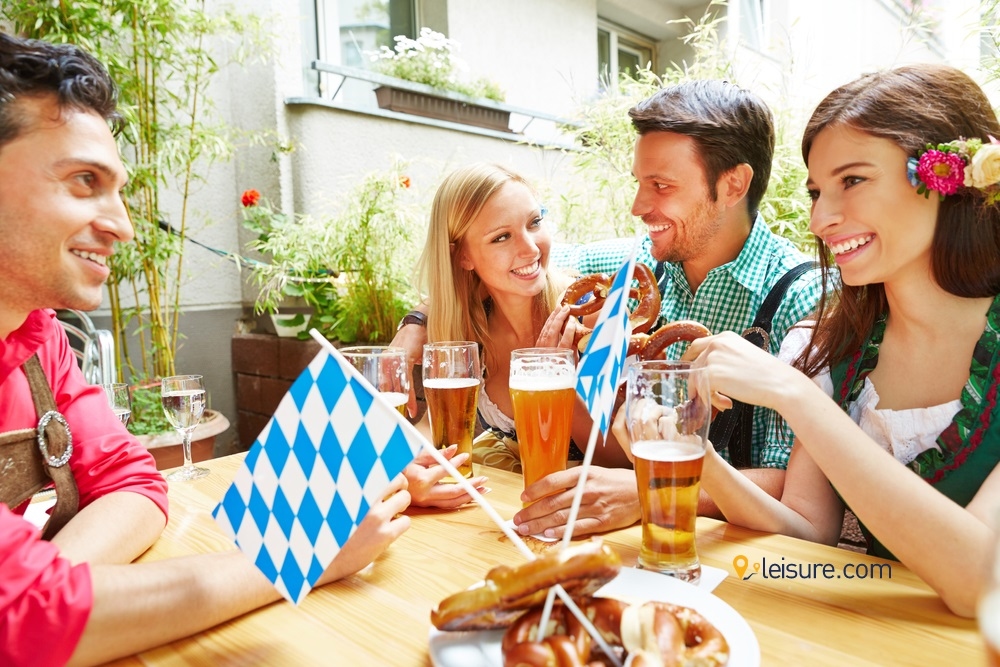 No list of best beer festivals would be complete without mentioning “Oktoberfest”. It is the biggest festival that lures six million people every year from different parts of the world to relish the cold brewers and celebrate this amazing drink. Since 1810, people have been gathering in Munich and joining Oktoberfest to appreciate the ancient culture of Bavarian breweries. It is an opportunity for a lifetime for all beer lovers.

Specialty: The uniqueness and specialty of the festival remain its beers which are brewed within the city only. It hosts 14 different beer tents to choose from. Along with this, it also offers parades, rides, and delicious food to enjoy with a glass of beer.

More About Germany: Best Zoos For Animals In Germany: Time For A Wildlife Getaway! 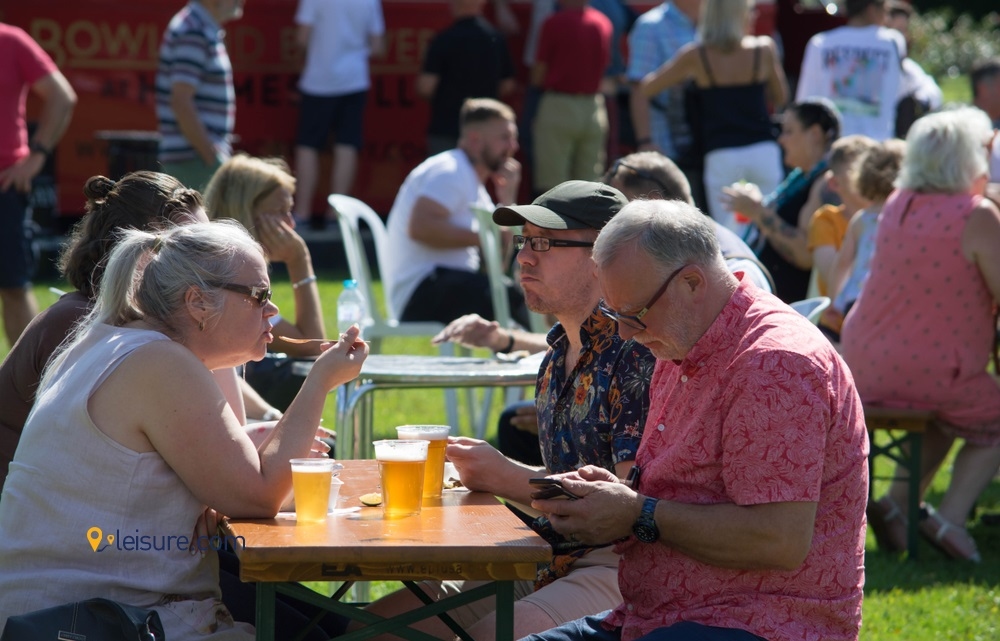 Another big beer event that is no less than a paradise for all beer lovers is the Great British Beer Festival. It is organized every year by Campaign for Real Ale (CAMRA) and attracts over 50,000 festival-goers. In the cider and beer world, this festival is the largest fest and a celebration of the history of English brewing. If you want to enjoy the beer just as it is meant to be enjoyed, this is one of the best beer festivals for you.

Specialty: This festival offers a vivid style of beers and a variety of over 800 international beers, real ales, ciders, and perries. It also features live music, pub games, and mouth-watering street food to better enjoy every glass of beer. 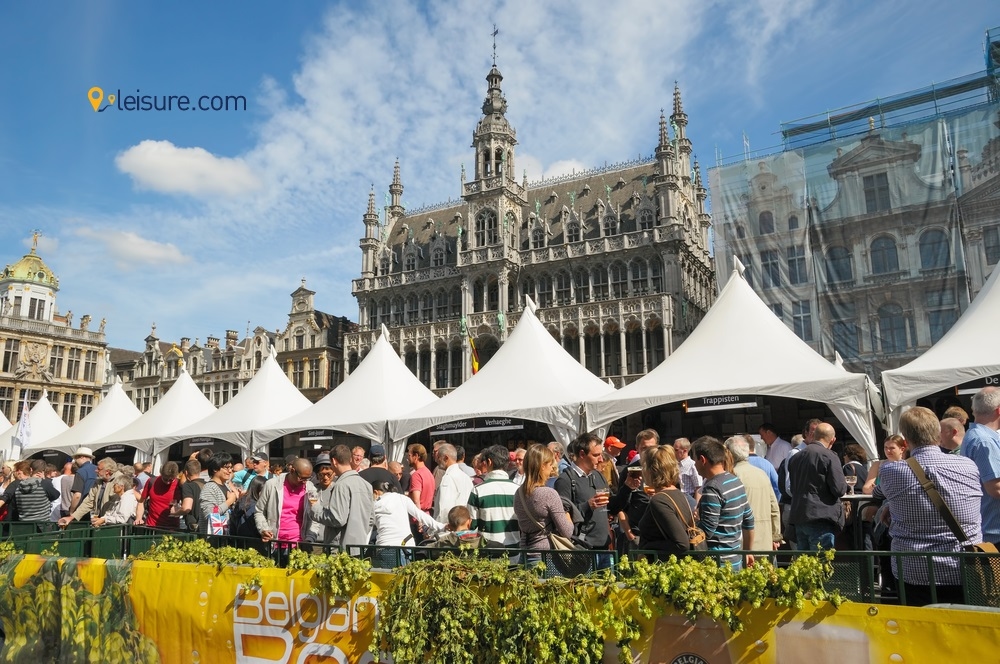 As the name suggests, Belgian Beer Festival is the celebration of Belgian Beer. With over 450 different beers being produced in the country, this festival requires a special mention in the list of best beer festivals. If you really want to savor quality beer, this is the festival where you should be at. It promises to deliver its visitors an unforgettable pleasure. Join and witness yourself!

Specialty: The variety of 350 premium Belgian beers from big to small breweries is the specialty that attracts visitors. Other than that, it holds at La Grande-Place which is a UNESCO World Heritage Site. This is another factor that will force you to be a part of and enjoy Belgian beer. 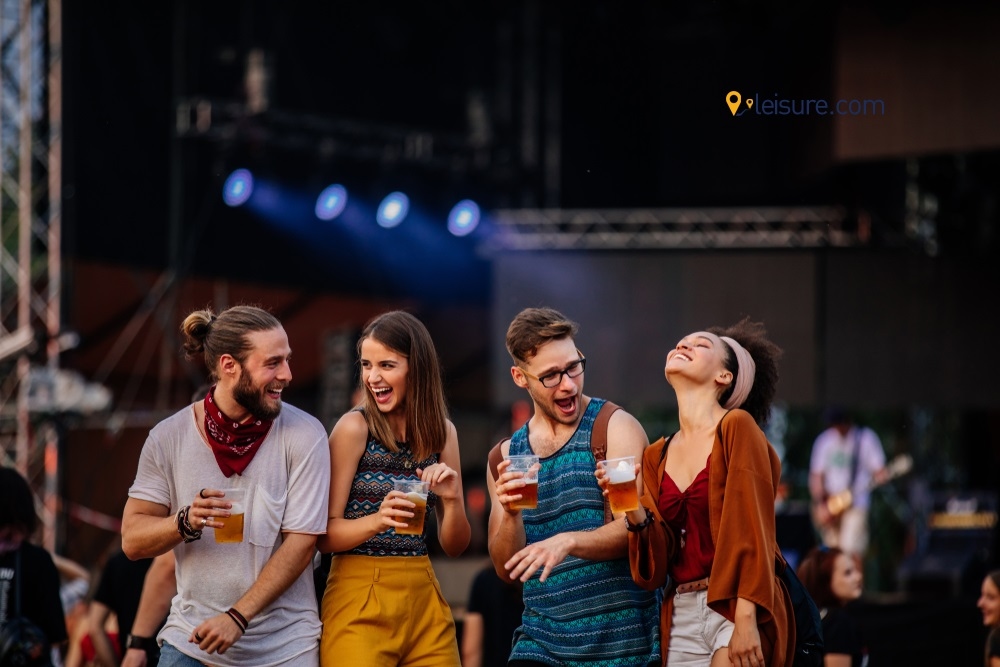 Hands Down!!! It is one of the biggest and the best beer festivals in the entire world. It is a three-day incredible event that captivates the attention of beer lovers and lures them to visit and sample an endless variety of American craft beers. If you are a true beer connoisseur, you must head to the most prestigious beer city in America and make the most of the amazing opportunity to try a range of the finest beers in the world.

Specialty: The highlight of the GABF remains the variety of over 3,000 American craft beers and approximately 1500 international beers from over 500 different breweries. Another highlight remains the competition between top breweries which is decided by over 100 beer judges.

You may also like: Best Tourist Attractions In Denver: Discover The City With Kids! 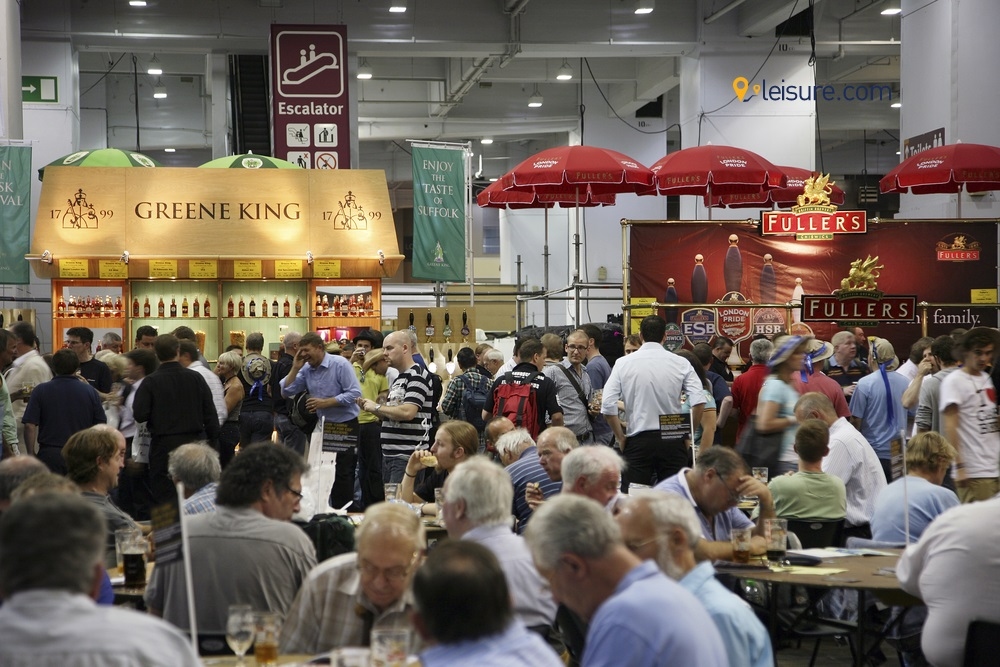 First hosted in 1991, this festival is about to celebrate its 100th anniversary. This is one of the best beer festivals which is popularly known as Asia’s Oktoberfest. It is a 24 days long beer festival that opens the door for thousands of visitors every year. This festival not just excels in its beers but also entertainment. If you want to relish a good beer time, then your plan to enjoy this festival.

Specialty: QIBF features 200 different varieties of beer both from Chinese brewmasters and international brewers. It is a clear win to enjoy the variety of finest beers. Apart from that, it highlights the carnival rides, artistic parades, gala performances, age-old Chinese culture, and trade exhibitions. 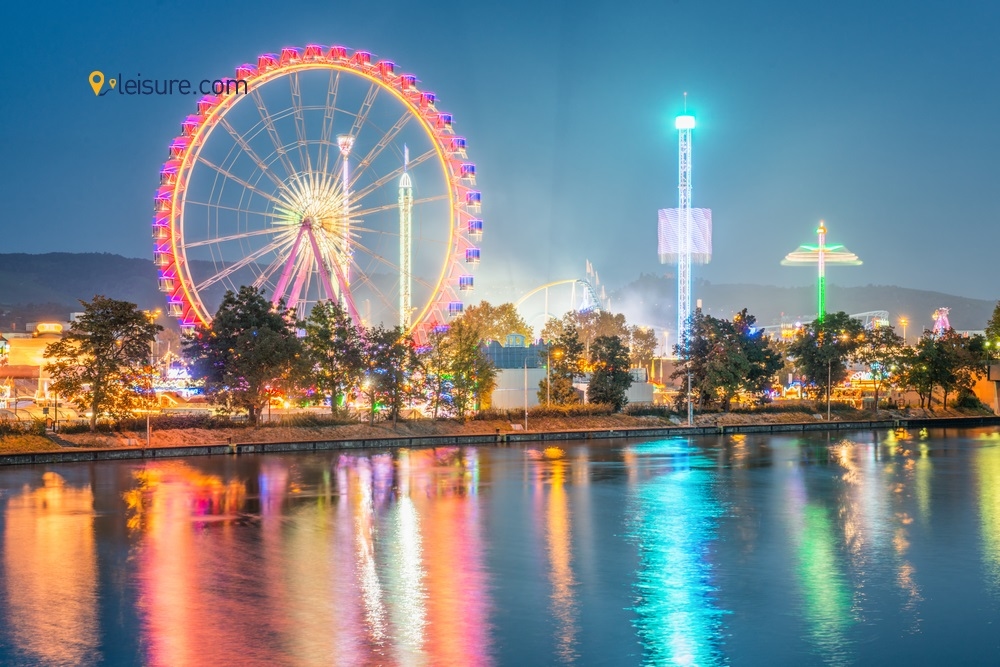 How can we complete the list of best beer festivals without mentioning Cannstatter Volksfest? It is the second-largest beer festival which continues for three long weeks and attracts over 4 million thirsty visitors every year. This festival not just focuses on drinking and lets the visitors enjoy dancing and fairground rides. Visiting here you can do a little bit of shopping and buy yourselves some antiques. It has so much to offer, that you can’t miss this festival when you are in Germany.

Specialty: The special ambiance of the fun-filled festival with 7 grain beer tents, a colorful flea market, and mesmerizing attractions captivates the beer-goers to come and be a part of the festival. 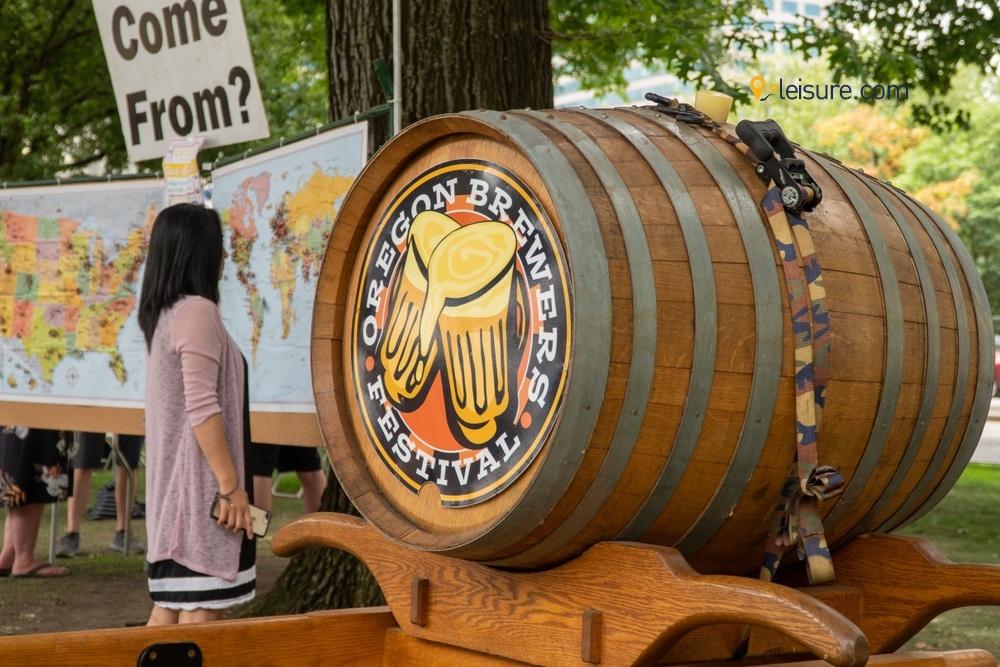 One of the nation’s longest-running and beloved beer festivals is Oregon Brewers Festival. It is a four-day-long event where nearly 70,000 people gather from different parts of the world to celebrate America’s craft beers. If you want to taste a few glasses of the finest craft beer, then no other place can be better than this outdoor beer festival. All the beer buffs, plan a vacation to Portland and savor what the Oregon brewers festival has to offer.

Specialty: This is one of the best beer festivals that hosts over 80 independent craft breweries that offers a unique selection of beers to the visitors. The highlight of the festival remains America’s finest Belgians, Pilsners, Saison, and more. 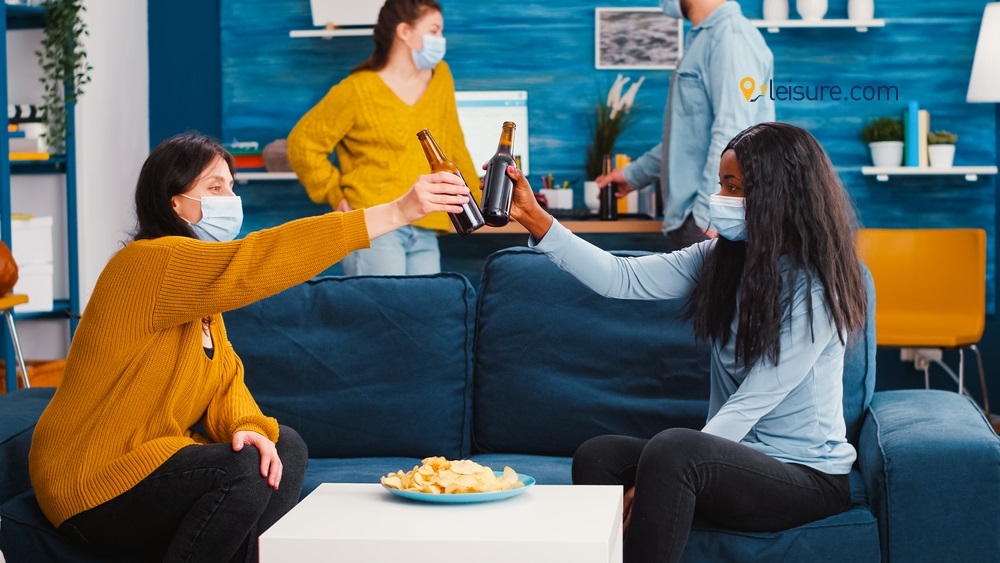 If you are fortunate enough to be in Montreal in the month of October, then you must witness the Mondial De La Bière. This city is graced with the largest beer festival in Canada which houses a variety of beers from different breweries of the world. For tasting over 600 delicious beers, more than 1,00,000 beer-goers visit this festival every year. If you want to take a break and enjoy a few pints of mouth-watering beers, then this is the festival for you.

Specialty: The highlight of this one of the best beer festivals is its workshops on beer making. It also offers brews to sample both from Quebec and from around the globe. Apart from this, the chefs here add the snacks to their menu which are infused by the beers.

You may also like: Places To Visit In Canadian Winters: Witness The True Beauty!. 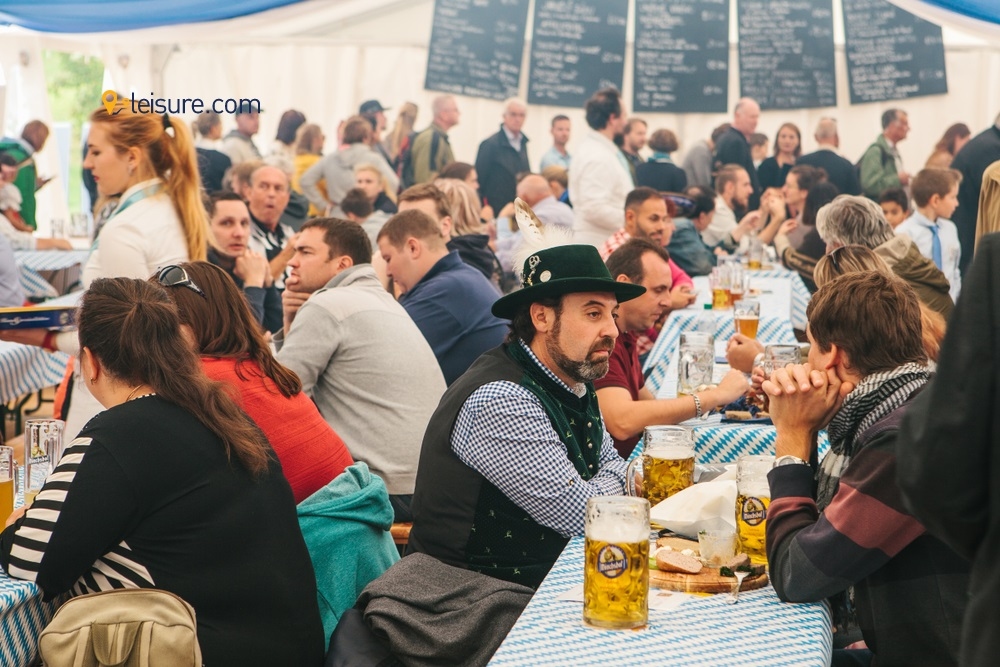 If the concept of beer festivals excites you, then Czech Beer Festival is a must to attend. You can’t miss out on this unique and biggest beer event which serves thousands of liters of lip-smacking beer. Visiting this festival, you will be welcomed by beautiful music performances, beer diversity tents, weekend afterparties, and the amazing taste of international breweries. For all the people who are in search of frosty goodness, they simply must visit this one of the best beer festivals.

Specialty: During the festival, you’ll get to try over 70 different brands of Czech beer together with the appetizing delicacies which are prepared by the local chefs, butchers, and bakers. The festival lasts for 30 long days and is a complete package of entertainment. 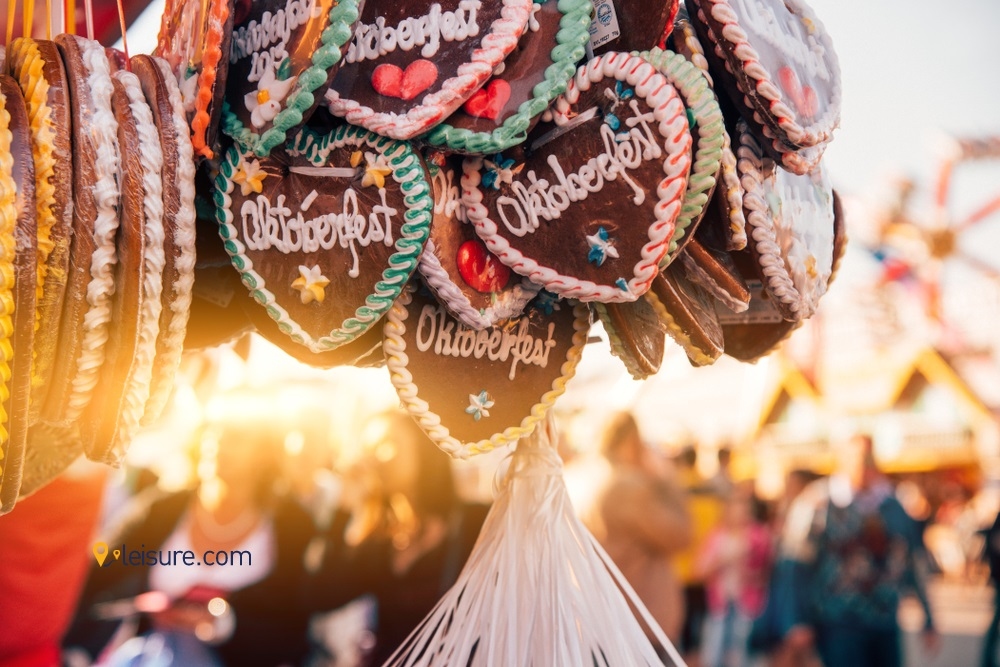 This is one of the best beer festivals that welcomes people to come together and celebrate heritage, community, friends, family, and FUN! It is the second-largest Oktoberfest after the original version and is a must-to-attend for a true entertainment and cultural experience. If you’ve ever wanted to experience what actual fun feels like, Kitchener-Waterloo Oktoberfest is probably the best chance you can make. So, are you ready for a new version of Oktoberfest? Come join the festival and celebrate the beer.

Specialty: Although the highlight of the festival remains the beer, various fun-loving cultural events and shows also take place which enhances the experience. This festival is a must-attend to celebrate the German culture and thanksgiving.

Be a part of any of these best beer festivals and taste the magnetism of the place. It’s time to try some unique beer flavors that we have never tasted before. Join the celebration and pay homage to the popular drink of the world.